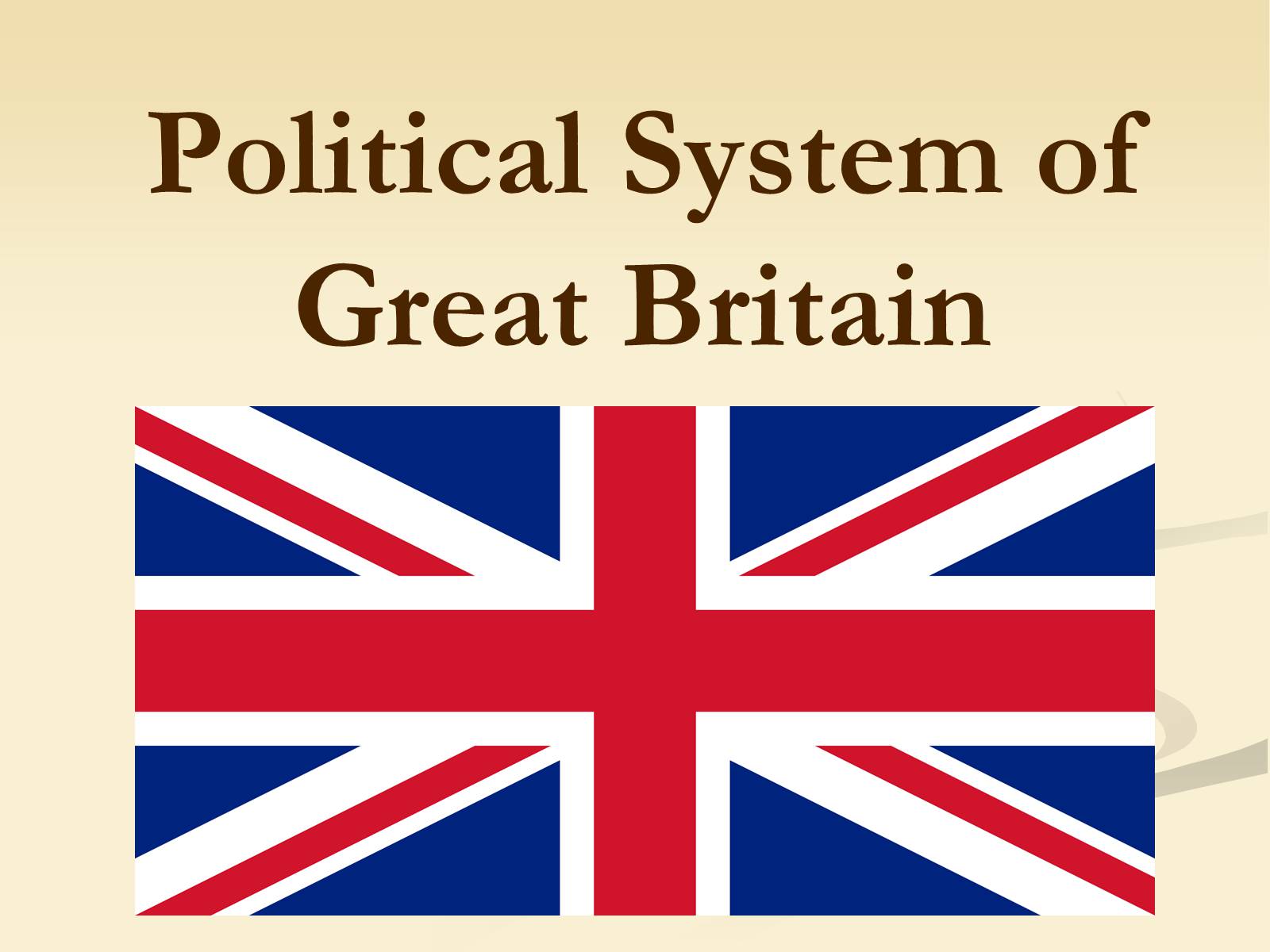 The United Kingdom of Great Britain and Northern Ireland is a constitutional monarchy. The present sovereign is Queen Elizabeth II. She was crowned in Westminster Abbey in 1953. Monarch serves formally as head of state. But the monarch is expected to be politically neutral and should not make political decisions. 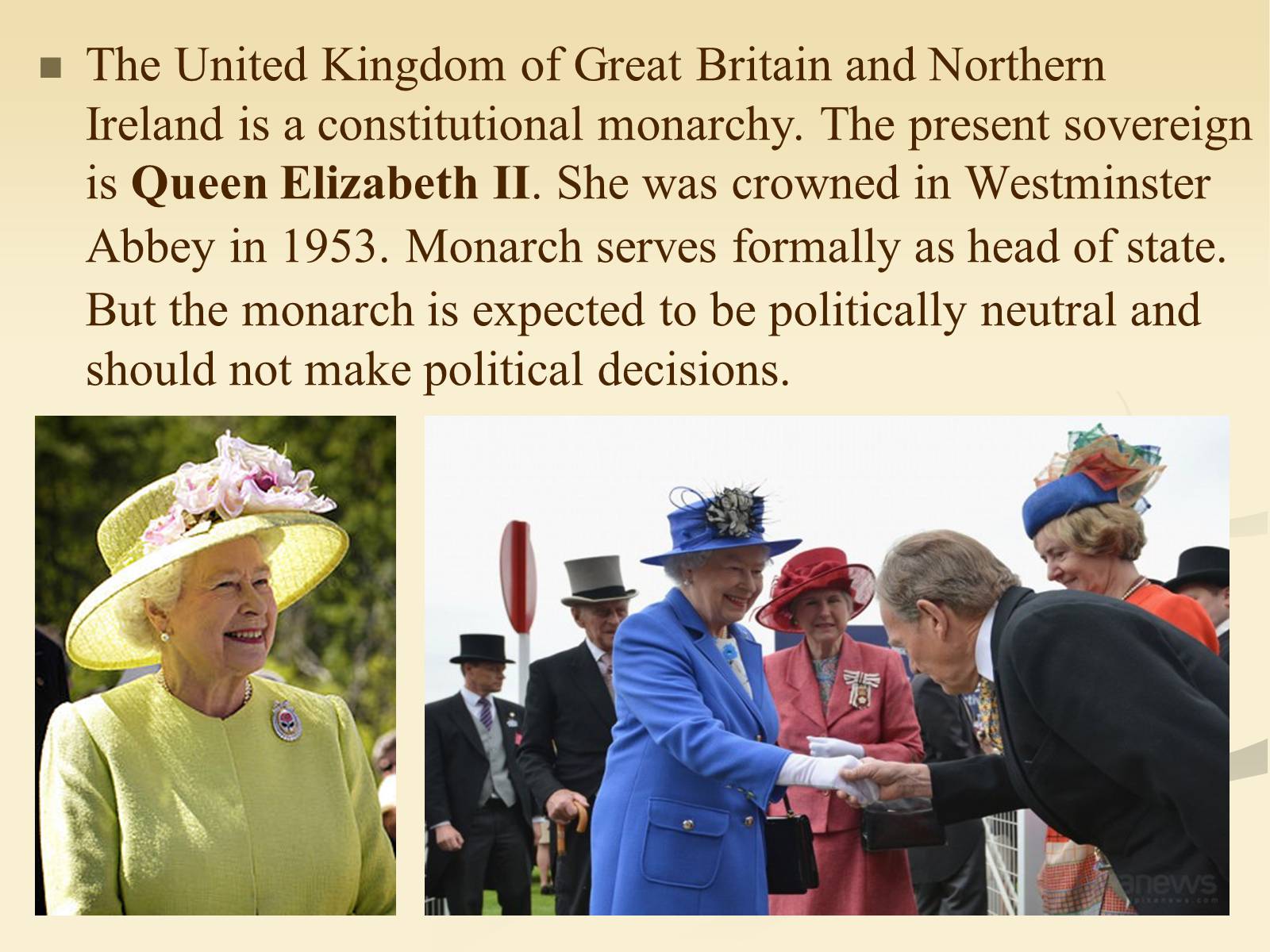 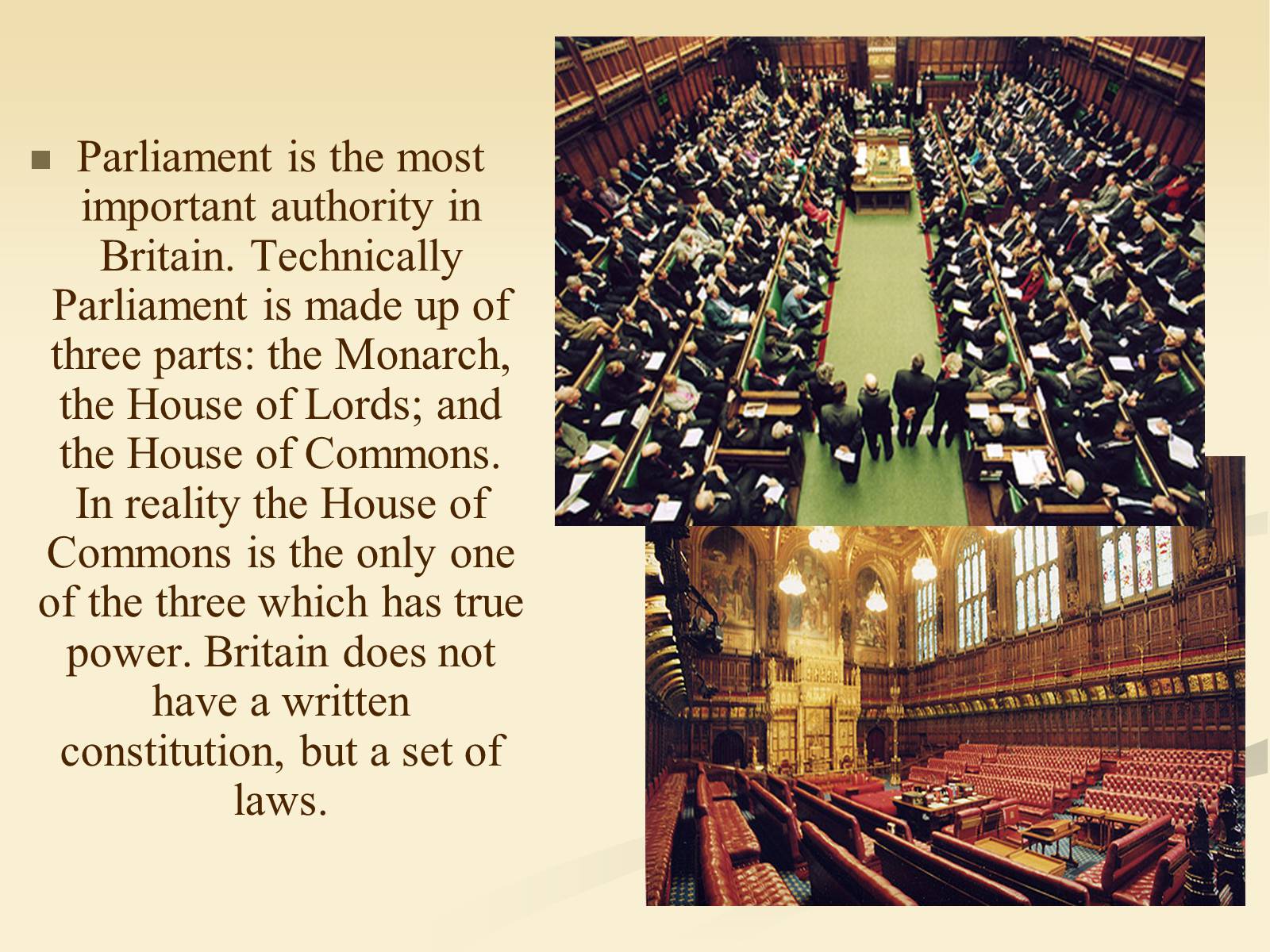 The House of Commons consists of Members of Parliament. There are 650 of them in the House of Commons. They are elected by secret ballot. General elections are held every five years. The country is divided into 650 constituencies. 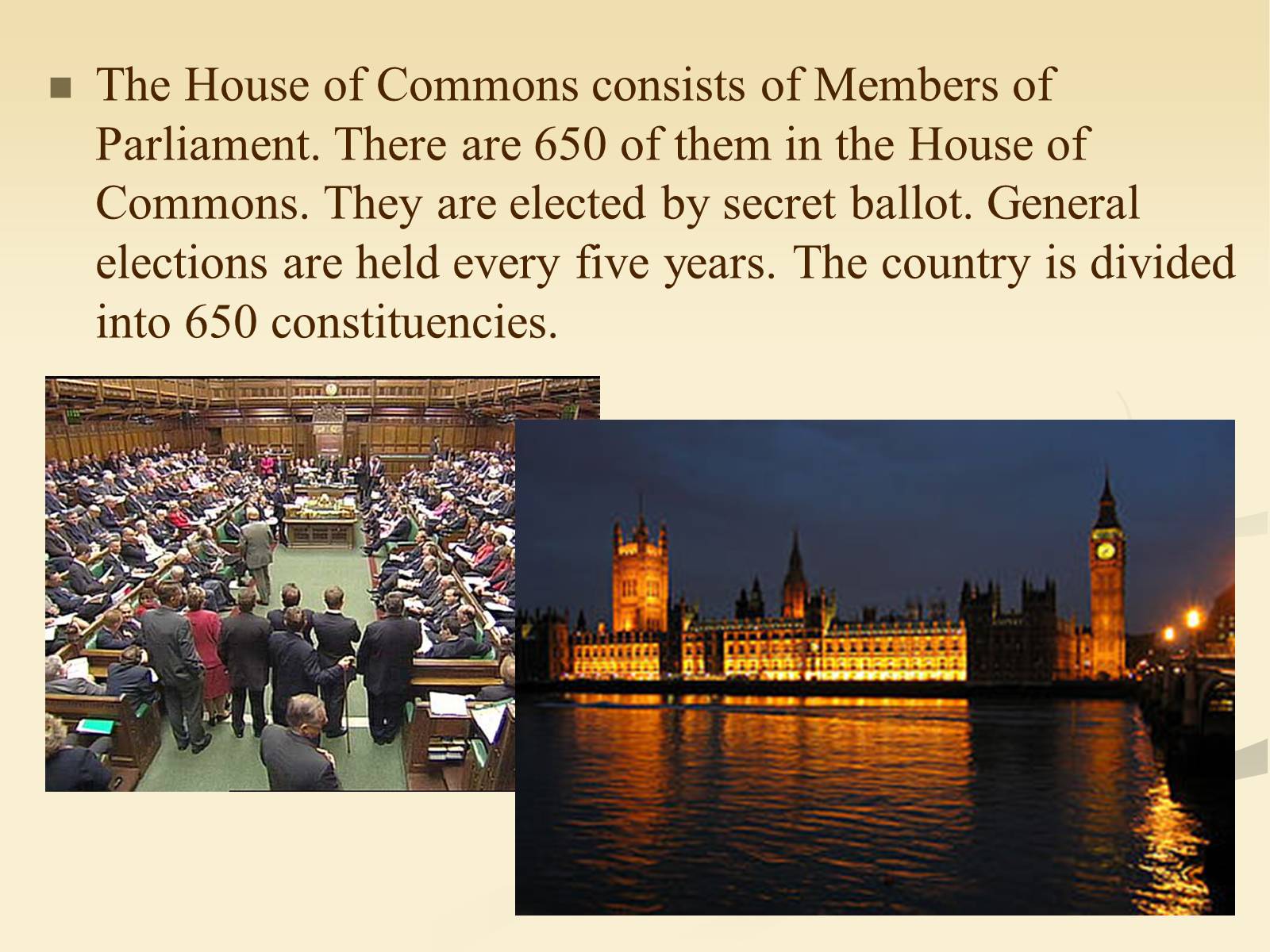 There are few political parties in Britain thanks to the British electoral system. The main ones are: the Conservative Party, the Labour Party and the Liberal / Social Democratic Alliance.
The party which wins the most seats in Parliament forms the Government. Its leader becomes the Prime Minister. His first job is to choose his Cabinet. The Prime Minister usually takes policy decisions with the agreement of the Cabinet.
Prime Minister
David Cameron 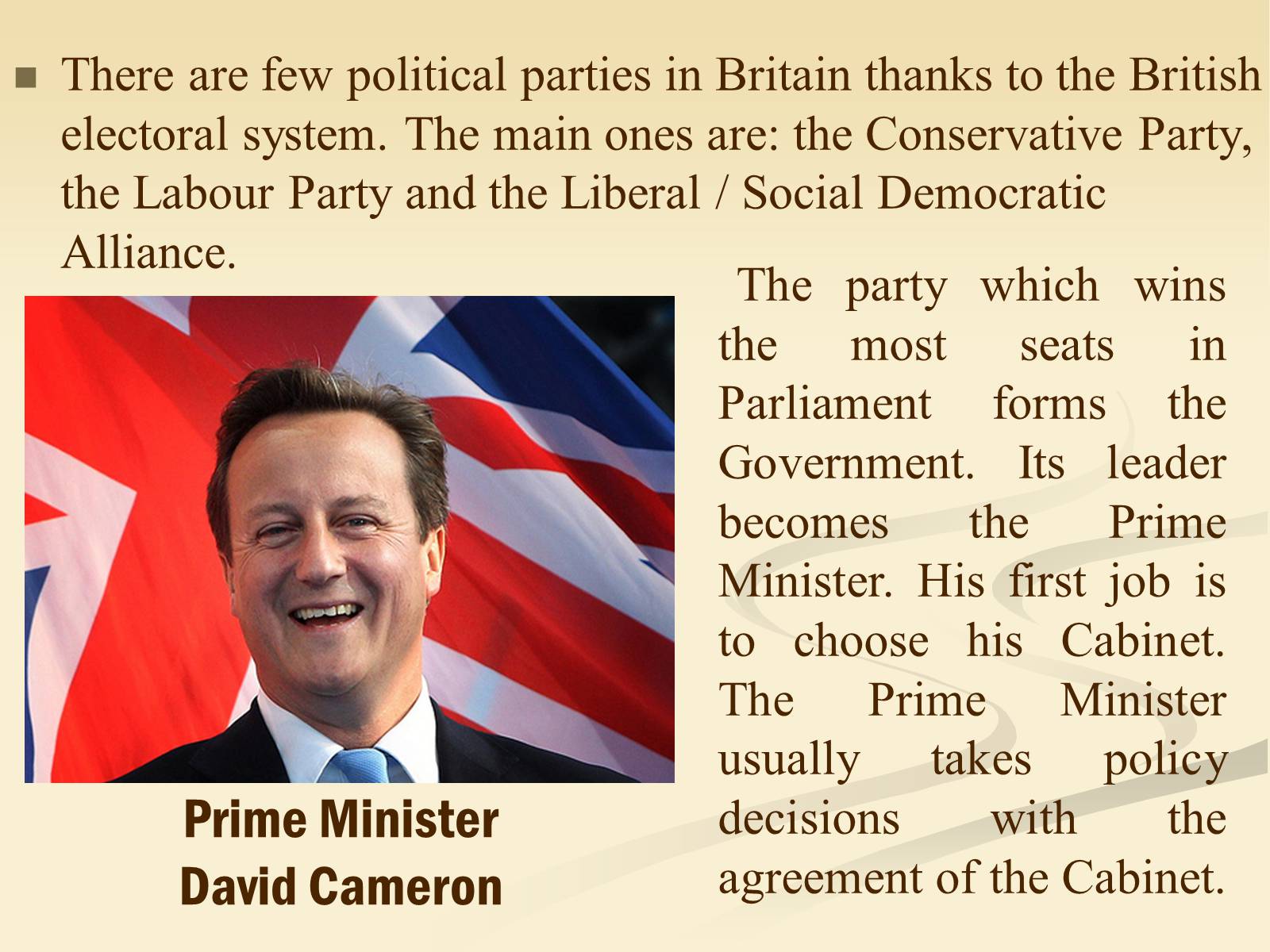 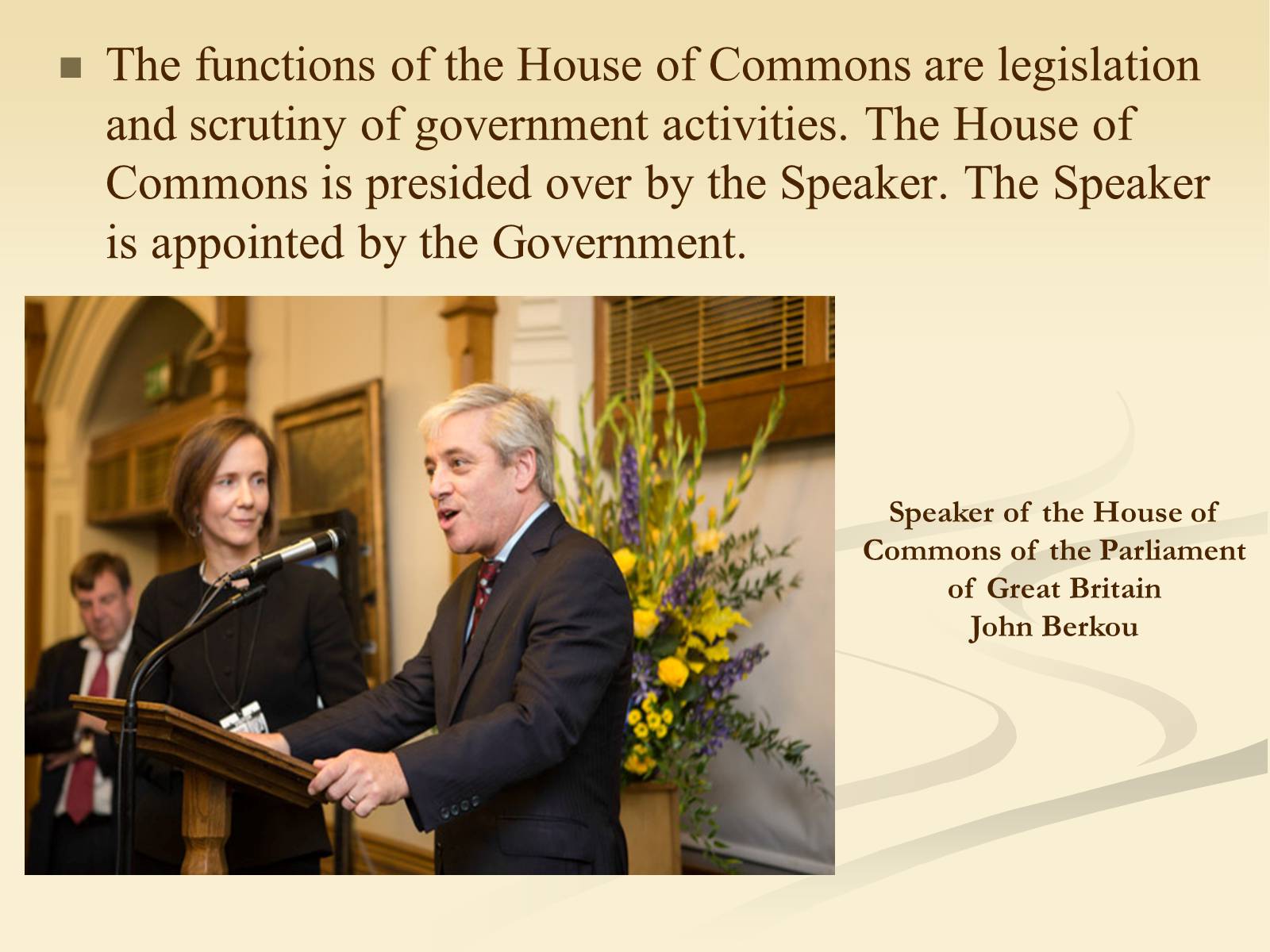 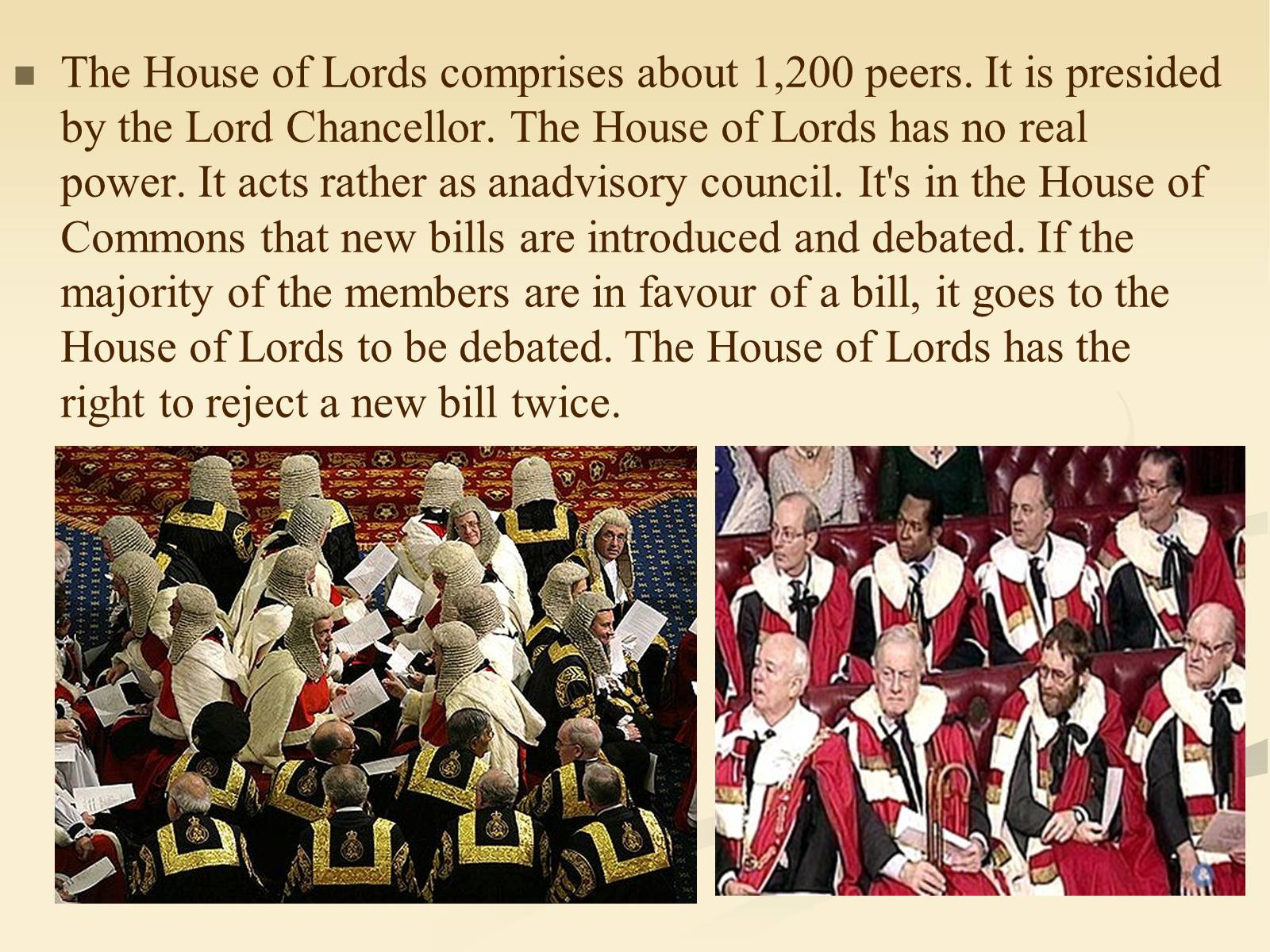 But after two rejections they are obliged to accept it. And finally a bill goes to the monarch to be signed. Only then it becomes law. Parliament is responsible for British national policy. Local governments are responsible for organizing of education, police and many others. 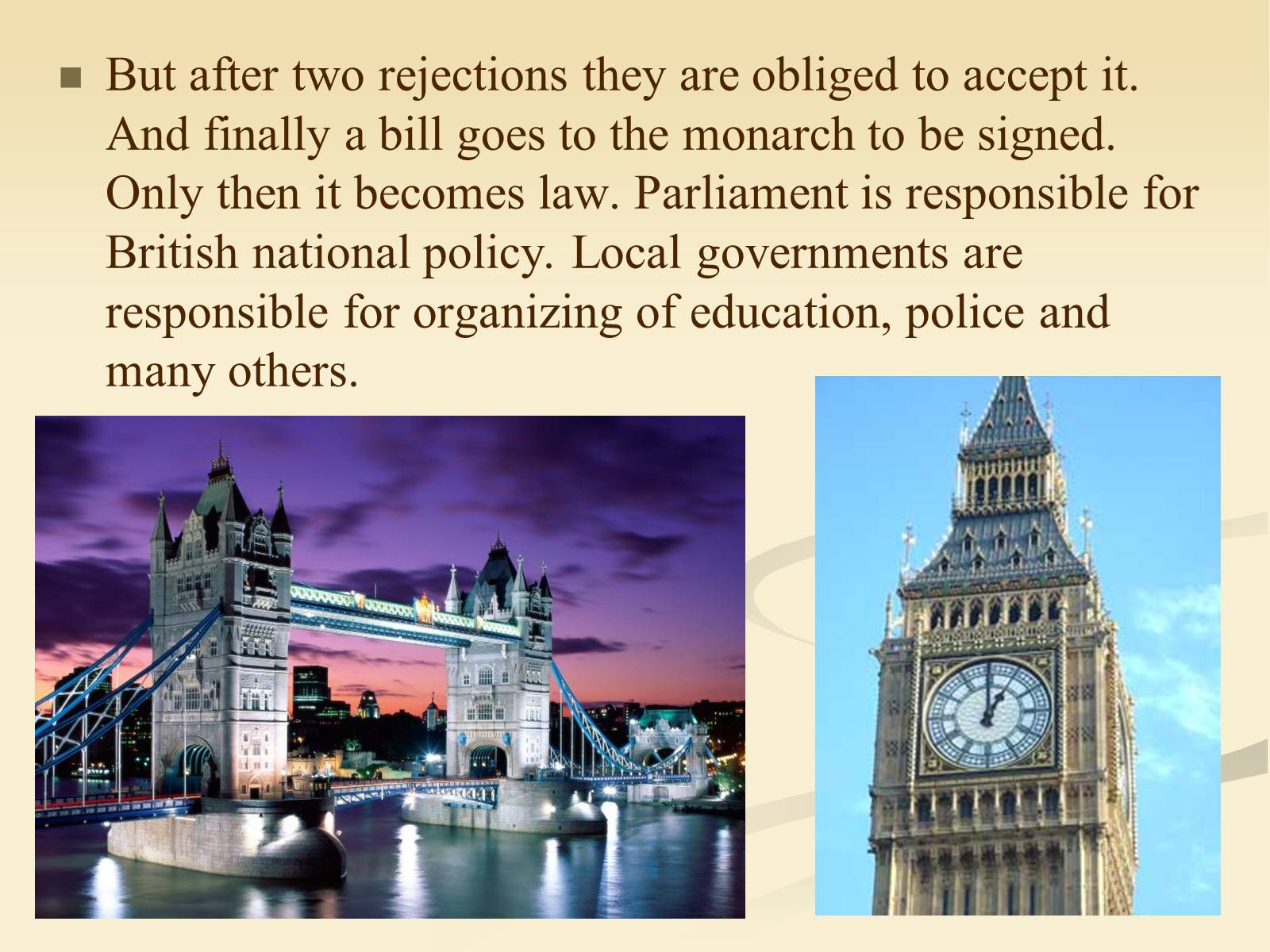 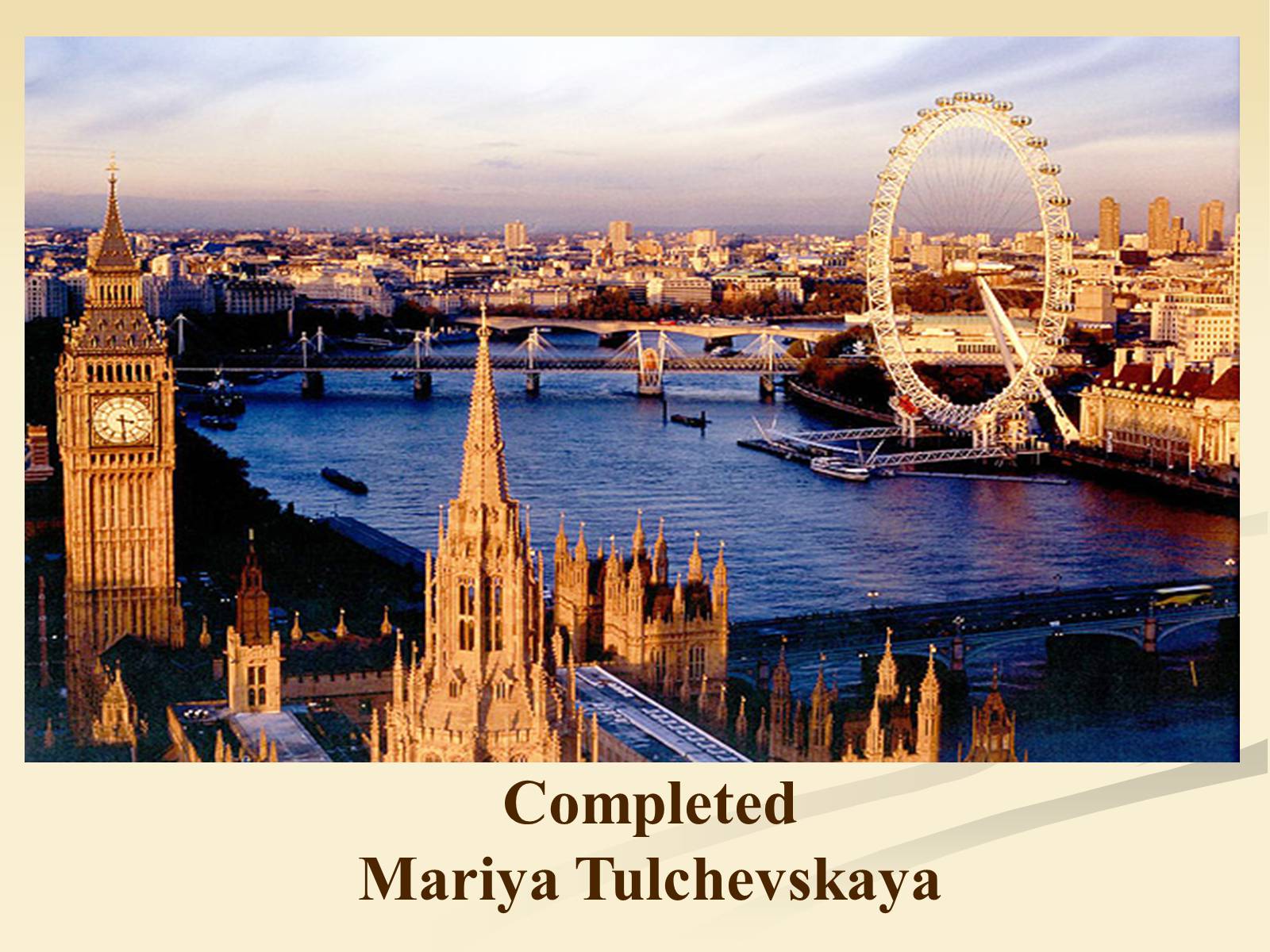