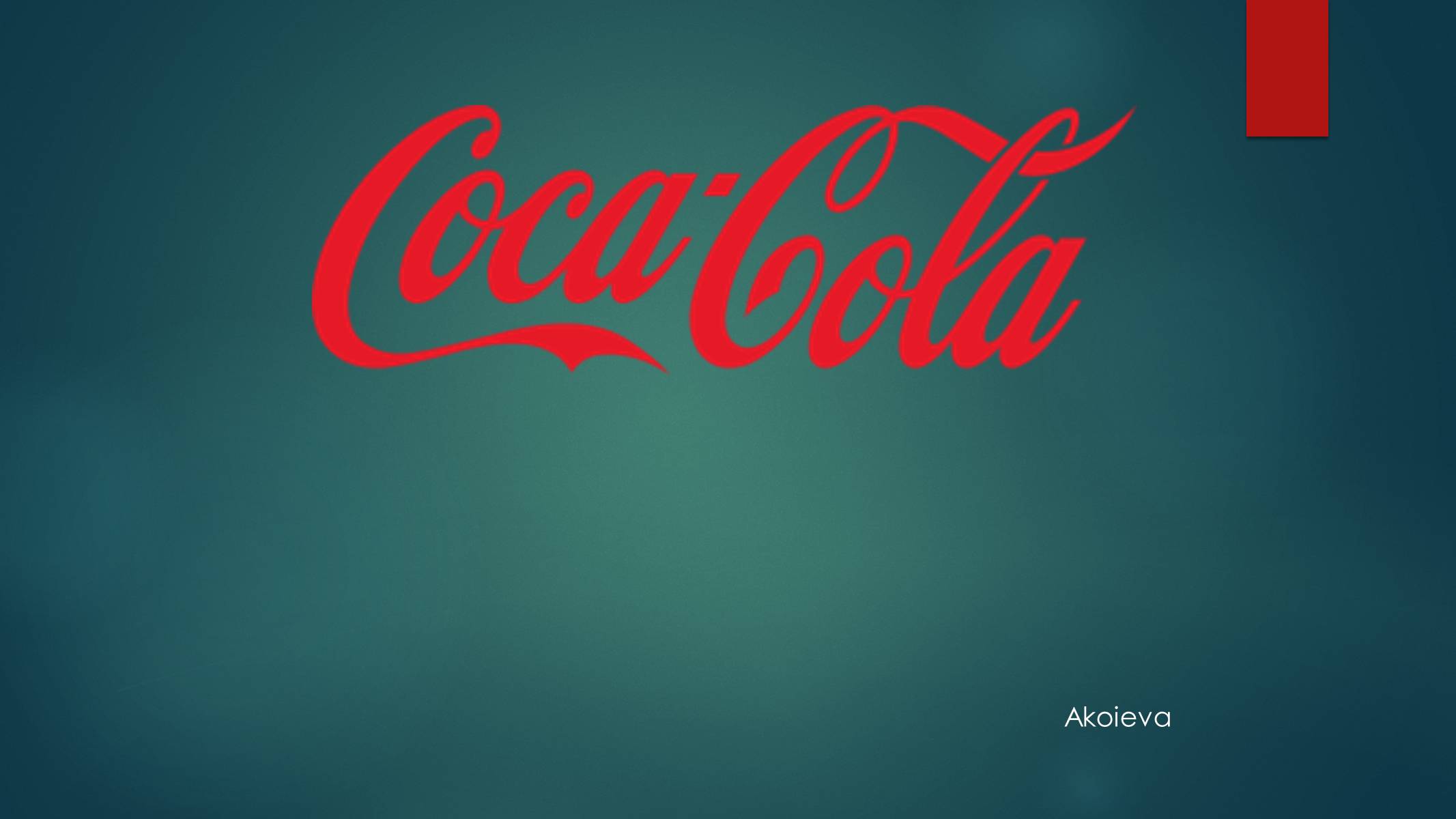 Colonel John Pemberton was wounded in the Civil War, became addicted to morphine, and began a quest to find a substitute to the dangerous opiate. The prototype Coca-Cola recipe was formulated at Pemberton's Eagle Drug and Chemical House, a drugstore in Columbus, Georgia, originally as a coca wine.  He may have been inspired by the formidable success of Vin Mariani, a European coca wine.
In 1885, Pemberton registered his French Wine Coca nerve tonic. In 1886, when Atlanta and Fulton County passed prohibition legislation, Pemberton responded by developing Coca-Cola, essentially a nonalcoholic version of French Wine Coca. The first sales were at Jacob's Pharmacy in Atlanta, Georgia, on May 8, 1886. It was initially sold as a patent medicine for five cents a glass at soda fountains, which were popular in the United States at the time due to the belief that carbonated water was good for the health. Pemberton claimed Coca-Cola cured many diseases, including morphine addiction, dyspepsia, neurasthenia, headache, and impotence. Pemberton ran the first advertisement for the beverage on May 29 of the same year in the Atlanta Journal. 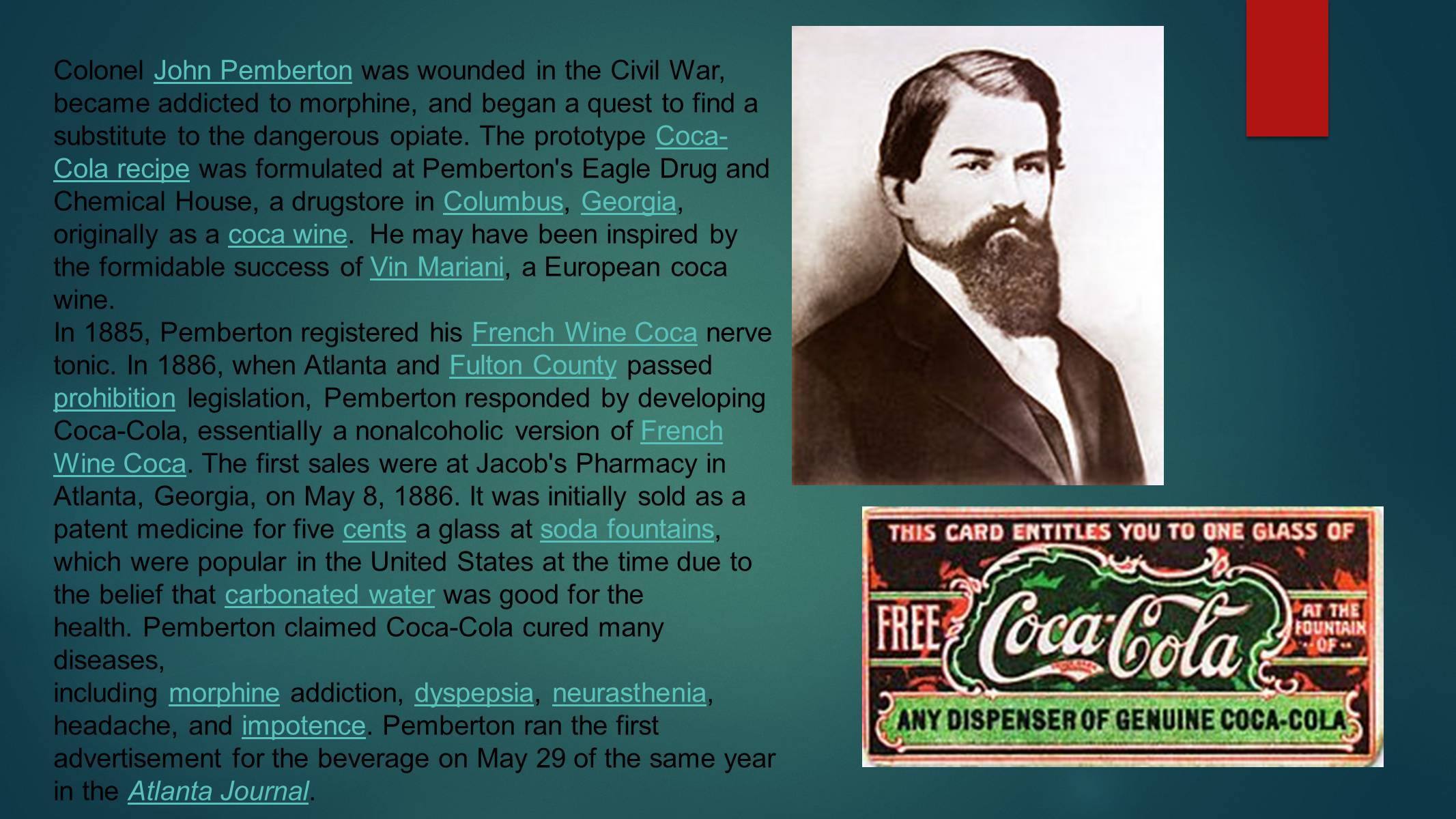 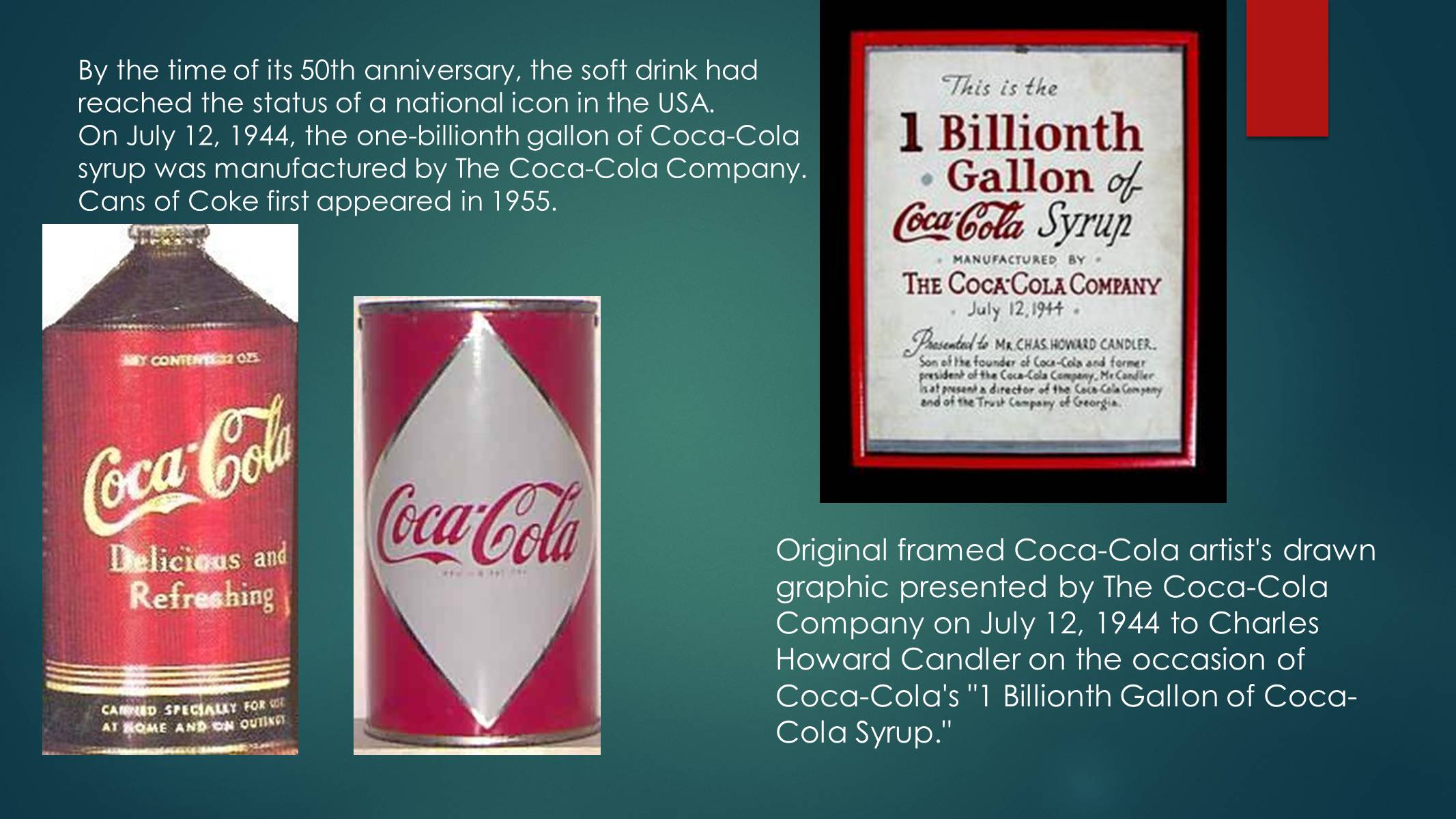 The original version of Coca-Cola.
1886

Contour bottle design
Dean was inspired by a picture of the gourd-shaped cocoa pod. Dean made a rough sketch of the pod and returned to the plant to show Root. He explained to Root how he could transform the shape of the pod into a bottle. Root gave Dean his approval.
In 1915, the Coca-Cola Company launched a competition among its bottle suppliers to create a new bottle for their beverage that would distinguish it from other beverage bottles, "a bottle which a person could recognize even if they felt it in the dark, and so shaped that, even if broken, a person could tell at a glance what it was." 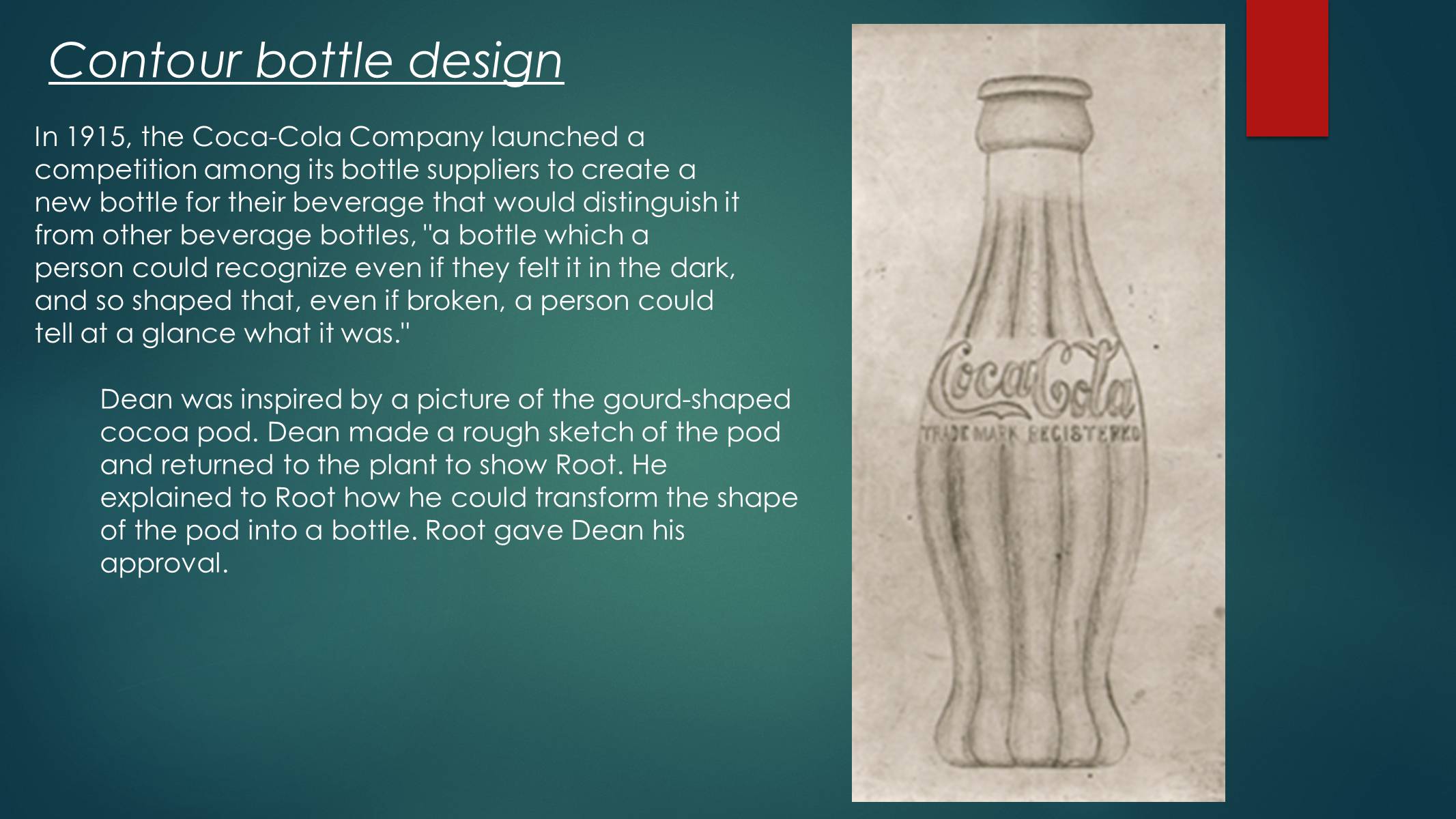 Chapman Root approved the prototype bottle and a design patent was issued on the bottle in November, 1915. The prototype never made it to production since its middle diameter was larger than its base, making it unstable on conveyor belts. Dean resolved this issue by decreasing the bottle's middle diameter. During the 1916 bottler's convention, Dean's contour bottle was chosen over other entries and was on the market the same year. By 1920, the contour bottle became the standard for the Coca-Cola Company.
Today, the contour Coca-Cola bottle is one of the most recognized packages on the planet..."even in the dark!". 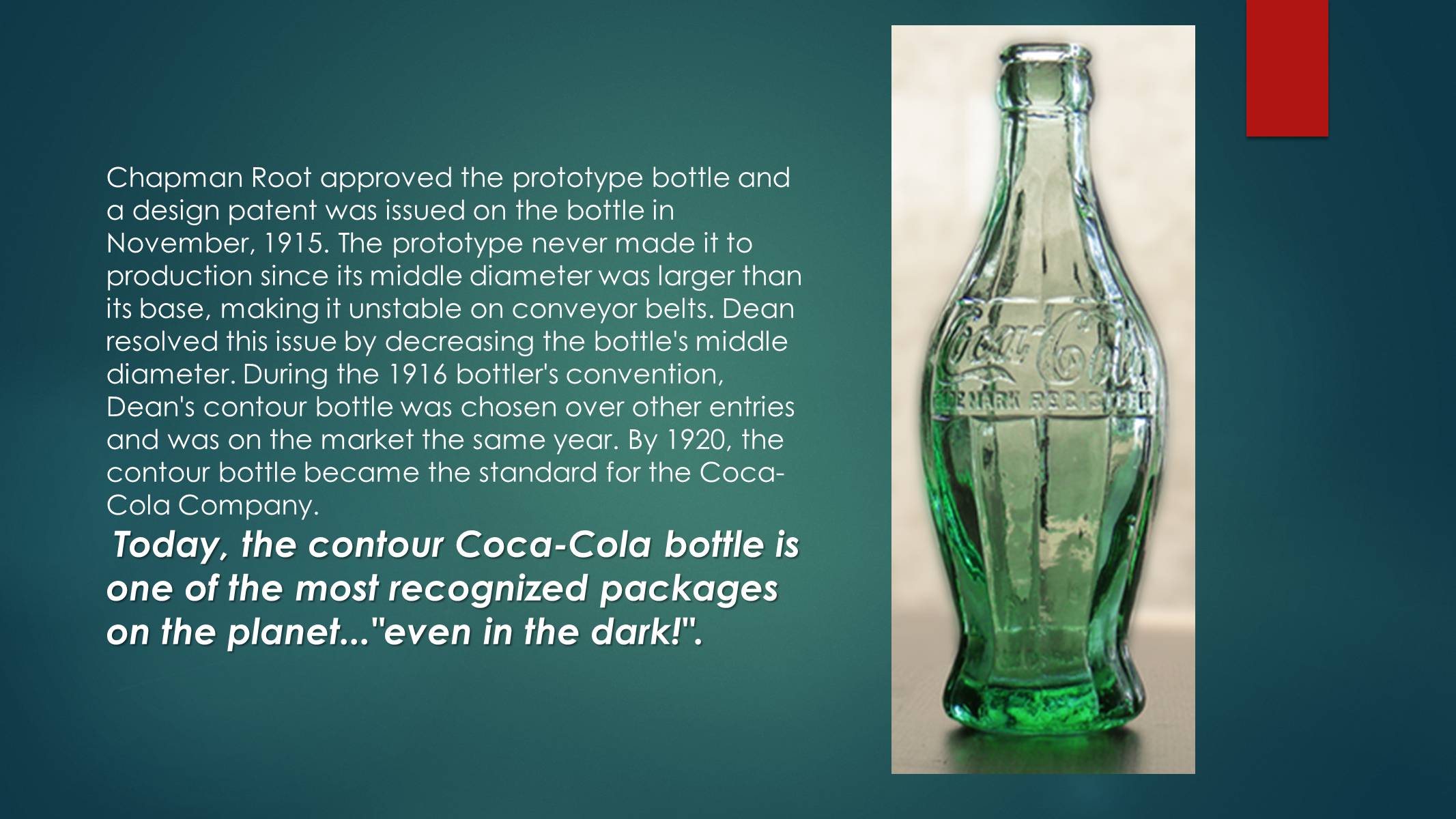 In 2007, the company's logo on cans and bottles changed. The cans and bottles retained the red color and familiar typeface, but the design was simplified, leaving only the logo and a plain white swirl (the "dynamic ribbon").
In 2008, in some parts of the world, the plastic bottles for all Coke varieties (including the larger 1.5- and 2-liter bottles) were changed to include a new plastic screw cap and a slightly taller contoured bottle shape, designed to evoke the old glass bottles. 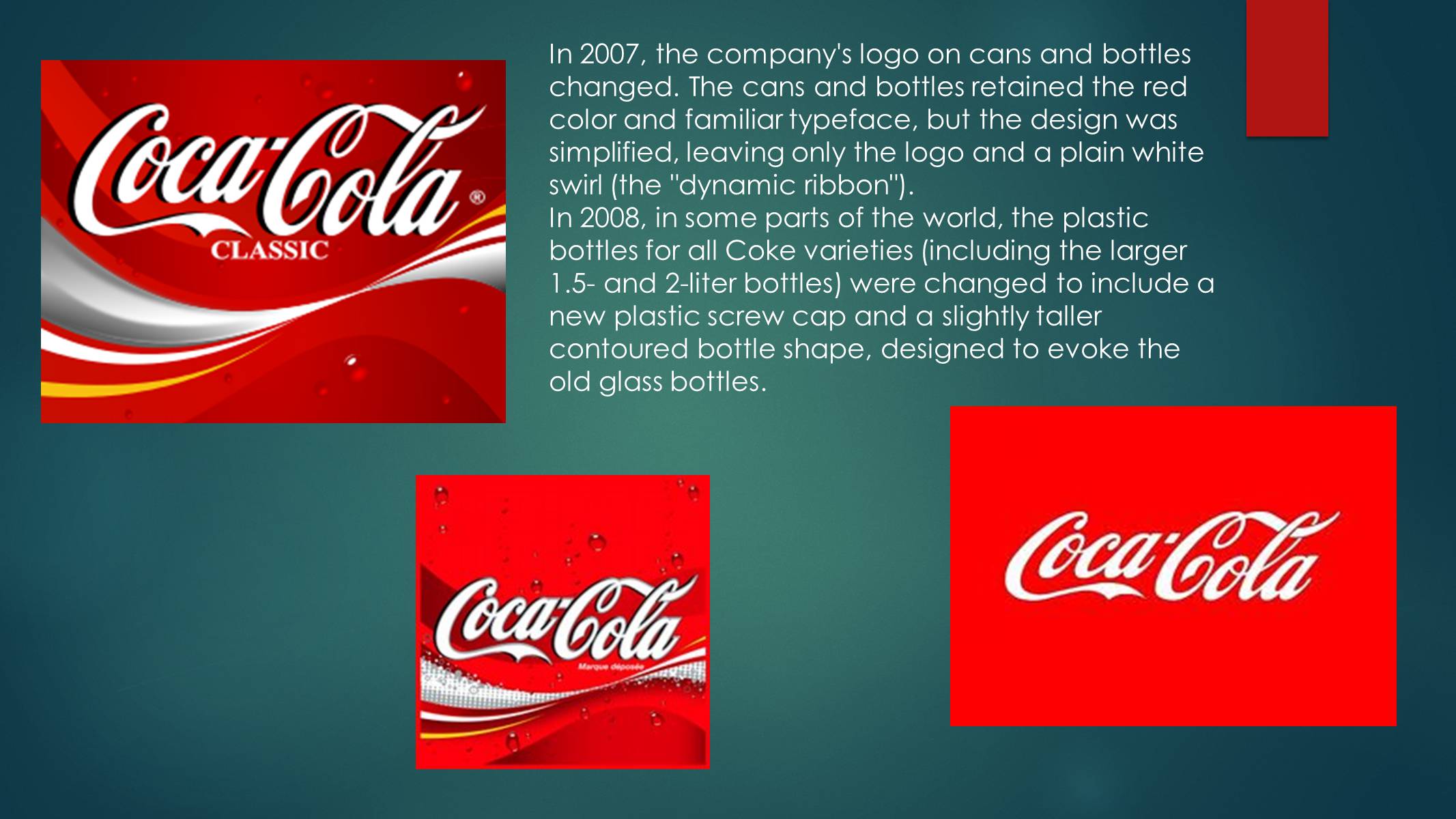 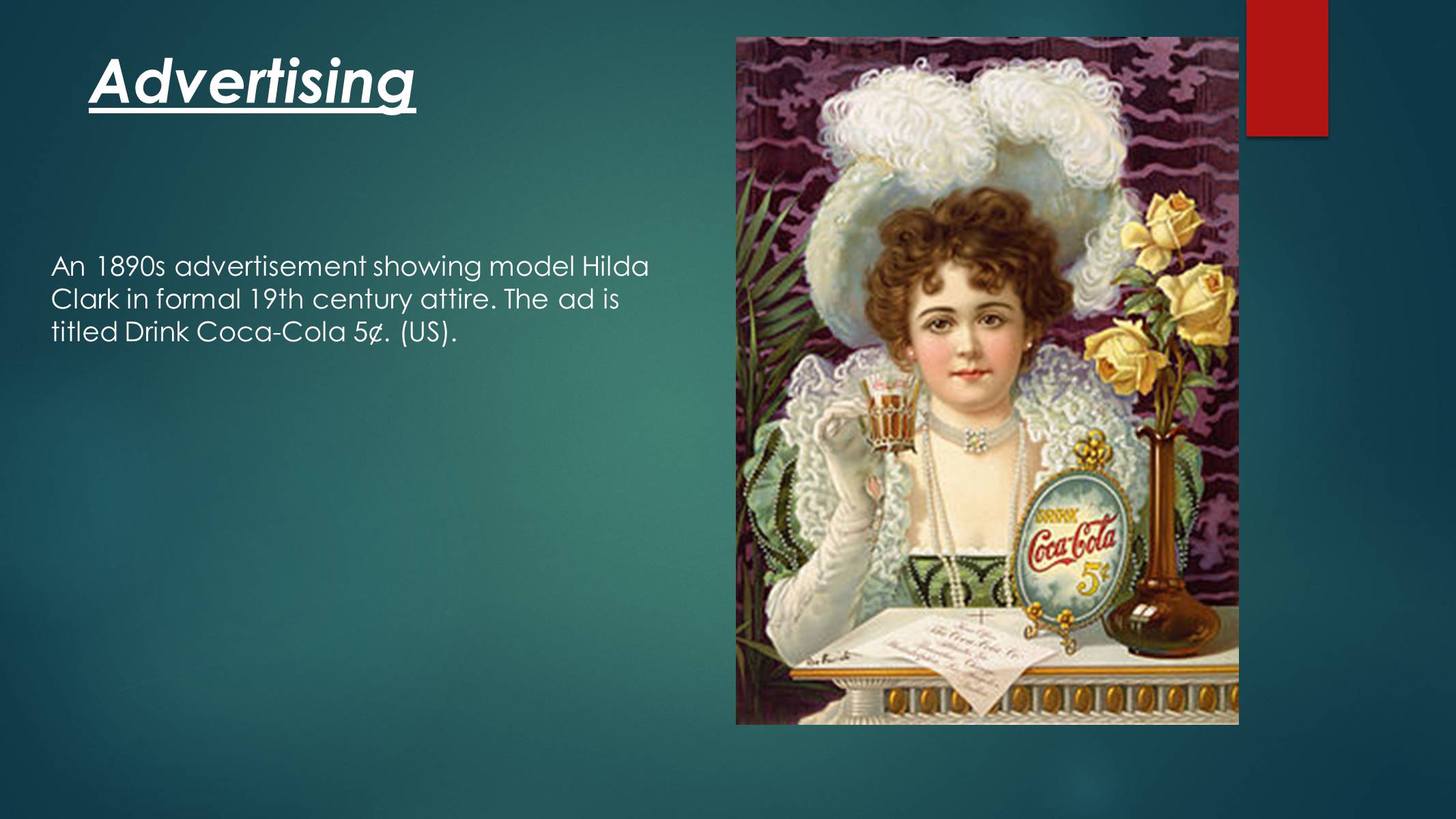 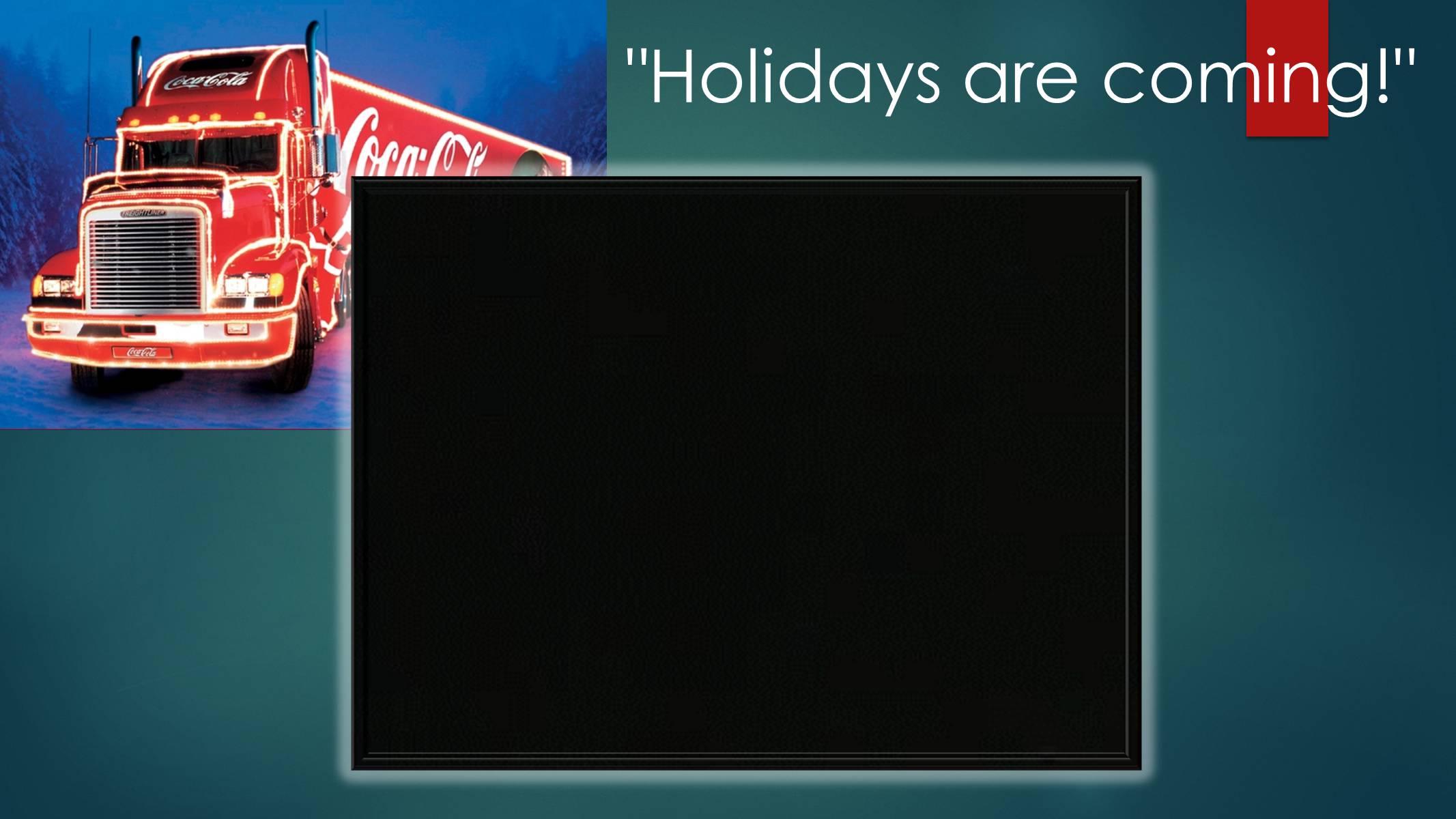 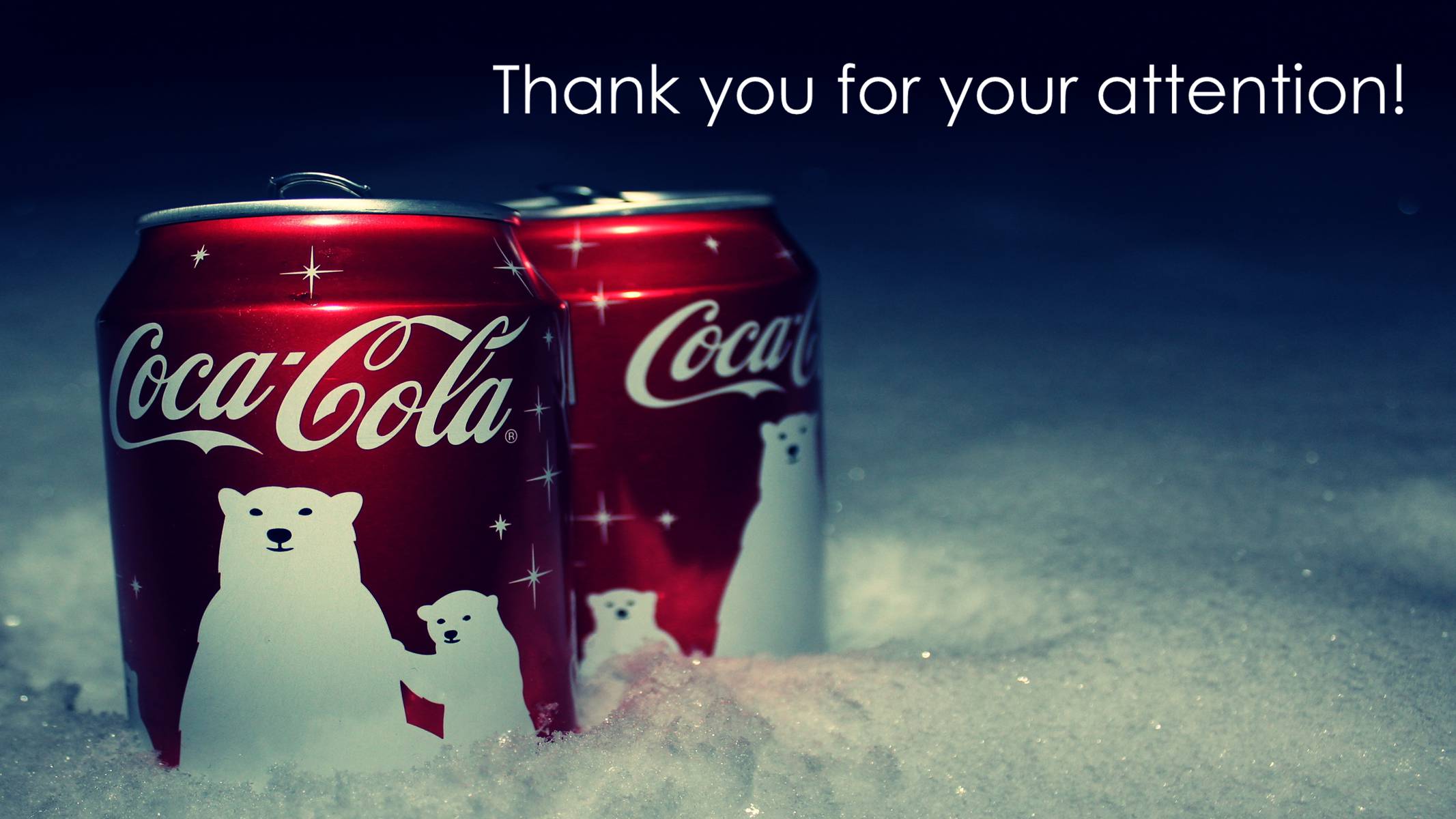