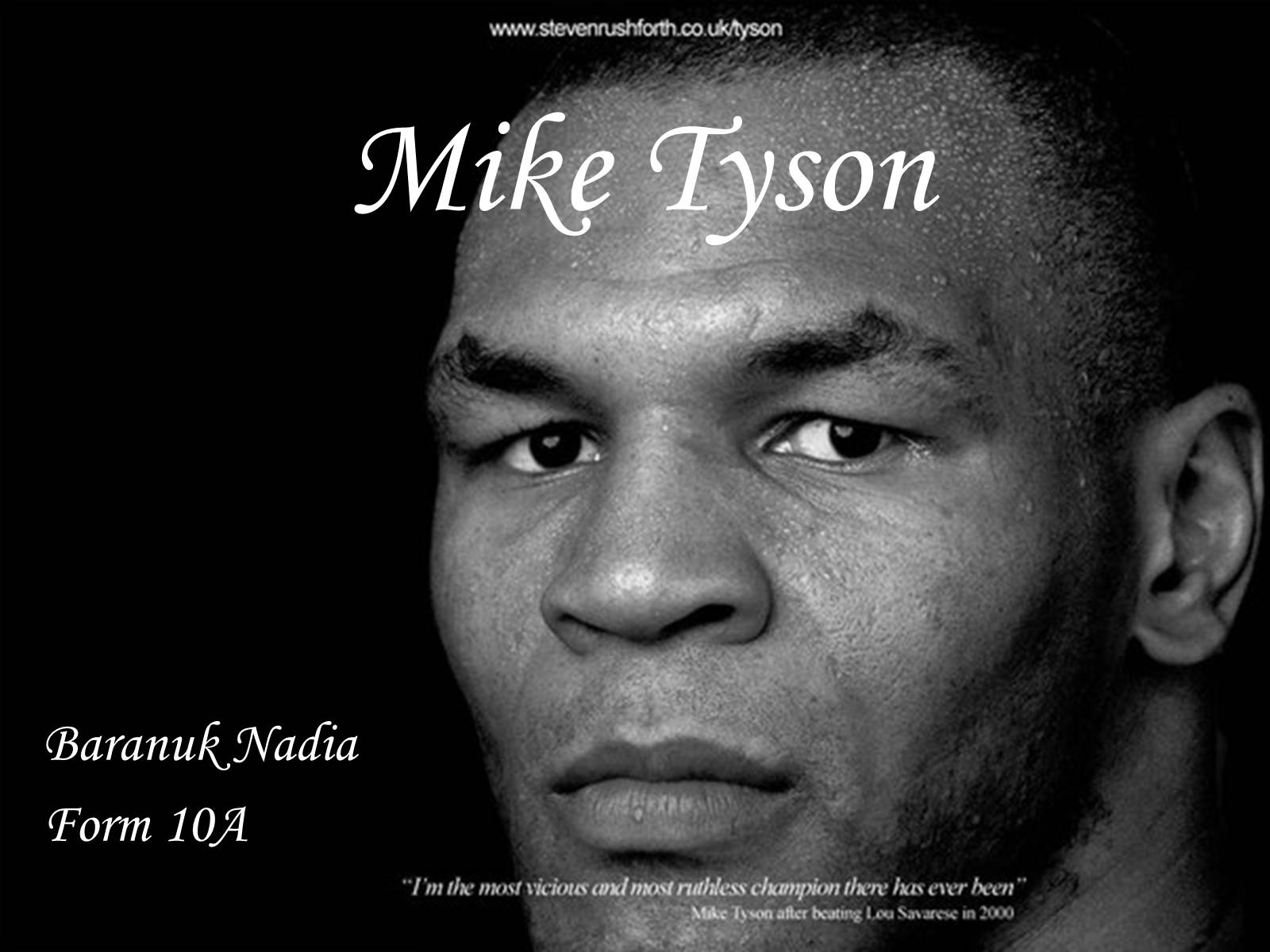 Biography
Born in New York City and brought up in Brooklyn. He was often arrested as a youth for petty crimes and eventually he was sent to Tryon School in upstate New York where he was taught to box by Bobby Stewart.
Tyson made his debut in the professional ring on March 6, 1985 in Albany, New York. He won the fight in a single round. He had a further fifteen fights in 1985 winning them all by knock-out, and almost all in the first round. He fought twelve times in 1986, cutting a dangerous path through improving ranks of journeyman fighters and already attracting attention and courting media controversy (v. Jesse Ferguson). On November 22, 1986 Tyson was given his first title shot, fighting Trevor Berbick for the WBC heavyweight title it took Tyson two rounds to become the youngest heavyweight champion ever.
His only other fight in 1987 was in October against the 1984 Olympic champion Tyrell Biggs, it was an workmanlike performance from Tyson ending with a seventh round TKO.
Tyson had three fights in 1988. On June 27 he produced a good performance against Michael Spinks, Spinks lasted fractionally over 90 seconds before his KO. But Tyson's problems outside boxing were starting to gain prominence too, his marriage to Robin Givens was heading for divorce, and his future contract was being clawed over by Don King and Bill Cayton.
By 1990 Tyson had lost direction, his personal life was in disarray and he was not training well. In a fight on February 11 with the little regarded James 'Buster' Douglas he lost to a tenth round KO and despite the protests of his manager over a 'slow count' in the eighth round Tyson lost all his belts to Douglas. Tyson's two other fights in 1990 were confidence regaining first round KOs.
Tyson went on trial in Indiana charged with the rape of a 1991 Miss Black America Contest contestant named Desiree Washington on January 27, 1992 Tyson was found guilty of the rape on February 10 and imprisoned for 3 years. (Under Indiana law, a defendant convicted of a felony must begin serving his prison sentence immedately after the sentence is imposed) As a result, Tyson did not fight again until 1995.
In March 1996 Tyson regained one belt, winning the WBC title from a lumbering Frank Bruno in three rounds. In September Tyson won back the WBA in 93 seconds from Bruce Seldon, having paid Lennox Lewis $4 million dollars to 'step-aside'. On November 9 however he faced a tougher challenge in Evander Holyfield, fighting over eleven rounds Holyfield won with a TKO to become a three-times world champion.
On February 5 Tyson was sentenced to a year's imprisonment, fined $5,000, and ordered to serve 2 years probation and perform 200 hours of community service for the August 31, 1998 assault on two people after a car accident.
In August 2003, after years of financial struggles, Tyson finally filed for bankruptcy. His bank account has been said to have a total of only 5,000 dollars. Amid all his economic troubles, he was named by Ring Magazine at number 16 among all time best hitters in boxing history in 2003
Tyson's record stands at 50 wins, 5 losses and 2 no contests, with 44 knockout wins. 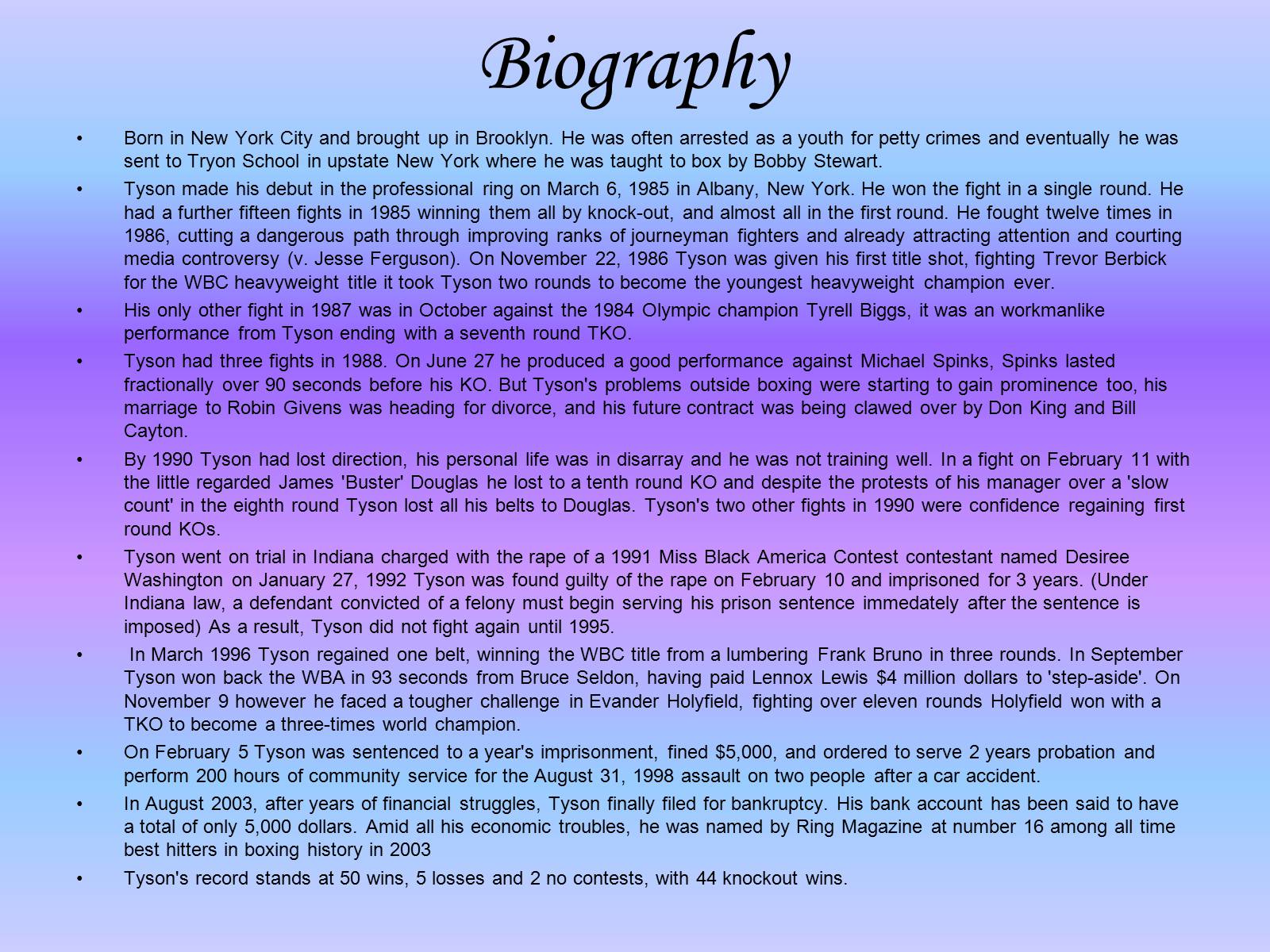 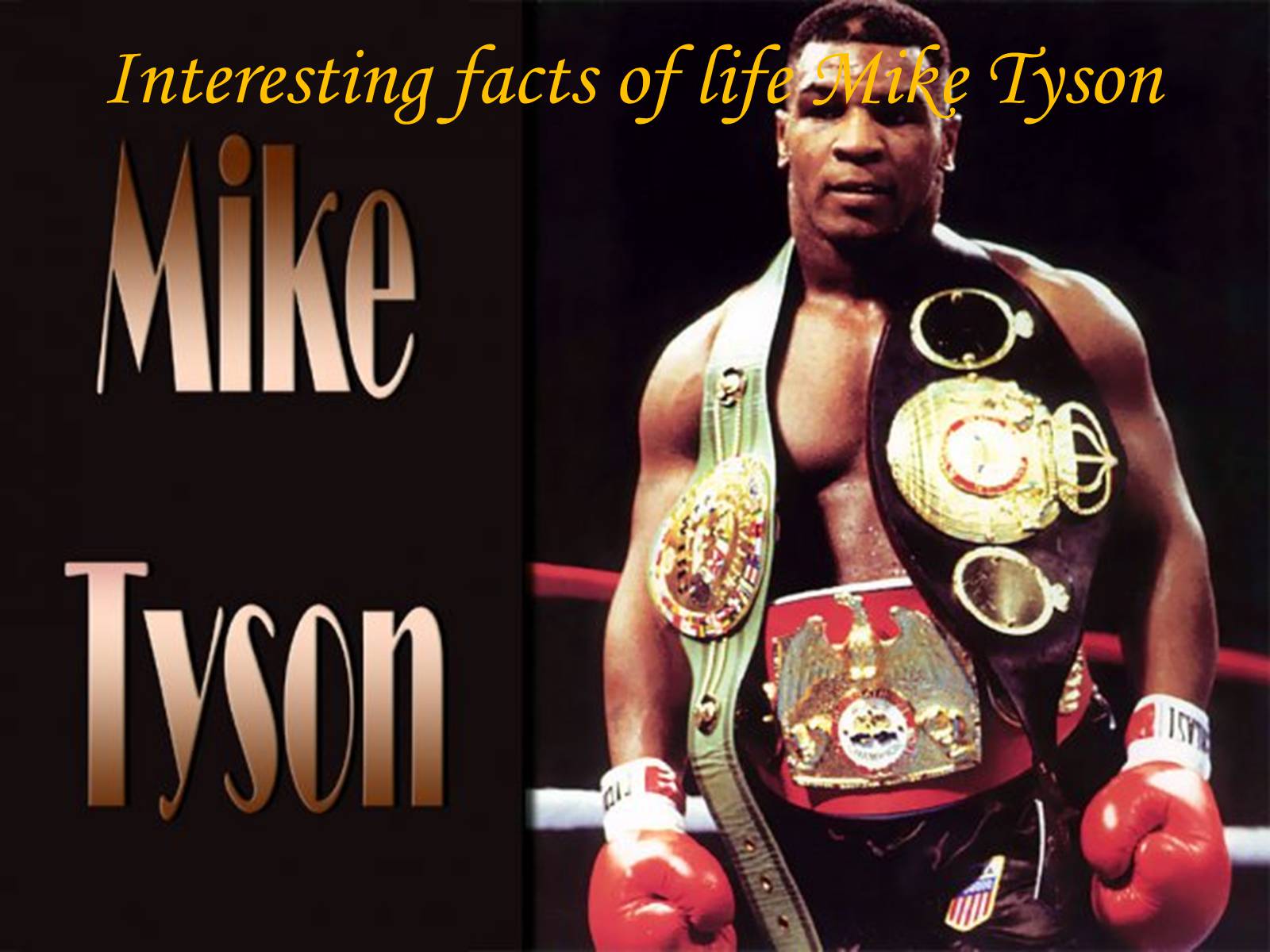 Do you remember the notorious case of ear bitten off? Tyson - really have mental problems, it even has a certificate. His diagnosis is known as bipolar disorder (or manic-depressive illness), he put the diagnosis even in his early years. First learned about it from the lips of his wife. 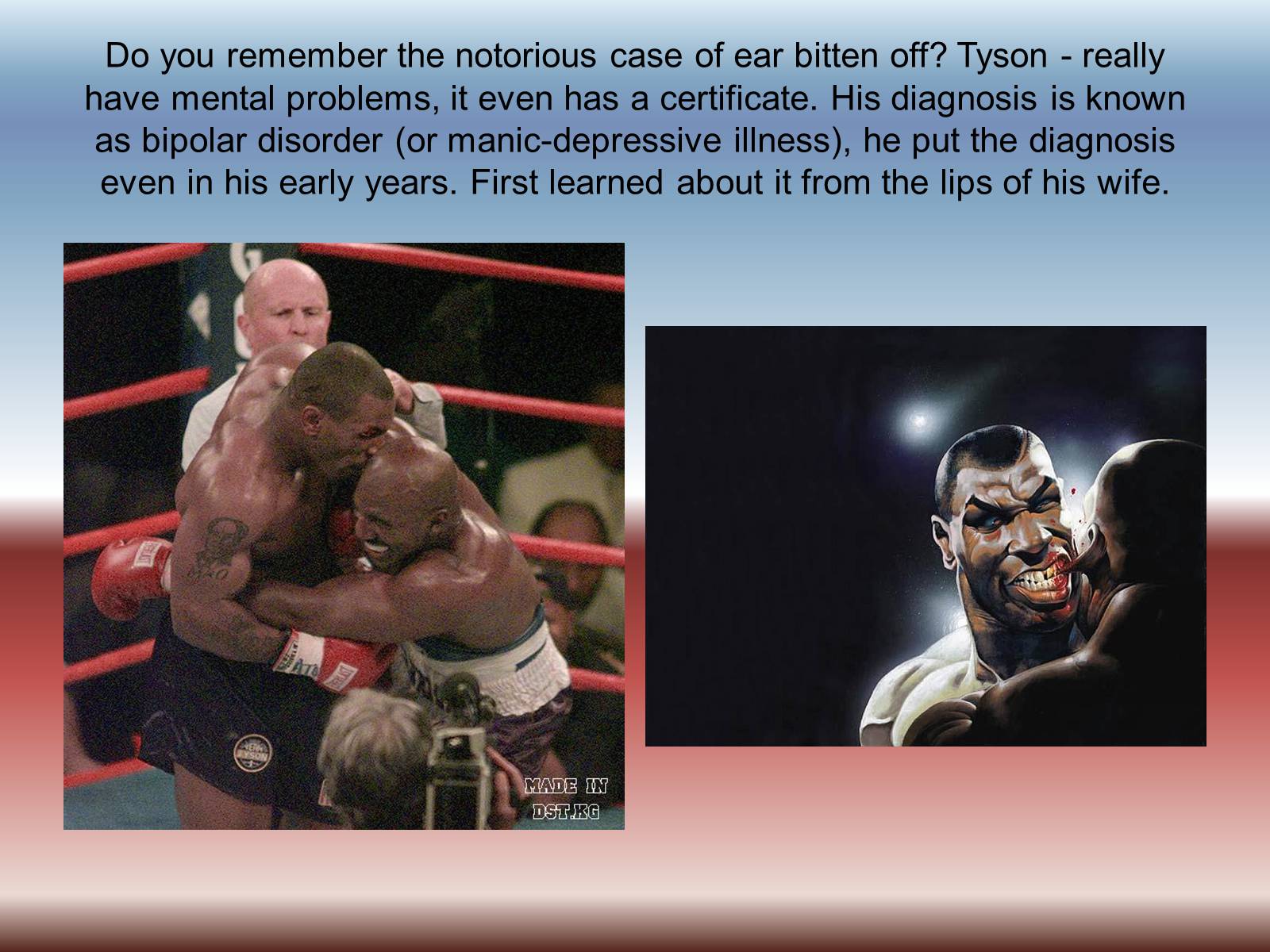 In 1986, Tyson had a fight with Marvis Frazier who was the son of Joe Frazier. It was the shortest fight of his career, he lasted just 30 seconds. After a series of very accurate and powerful punches, Frazier lost consciousness, the judge realized that this fight ended. 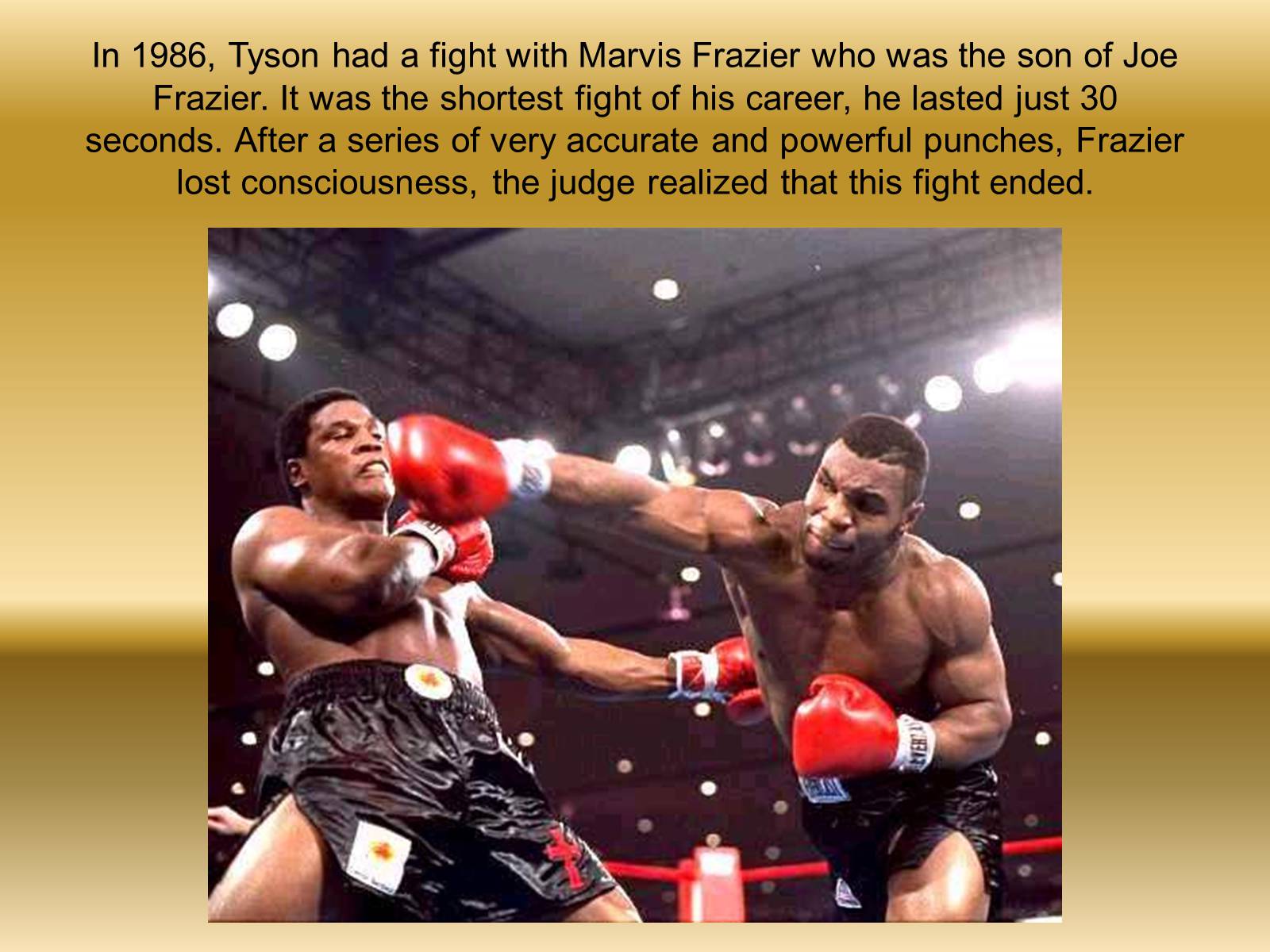 Perhaps due to his not very happy childhood he became a great champion. In his young years Mike was fat and lazy over it all mocked, he did not resist, could not fight back. I think that this is what motivated him to work on yourself, desire me to move it forward. Now he has the nickname "Iron" 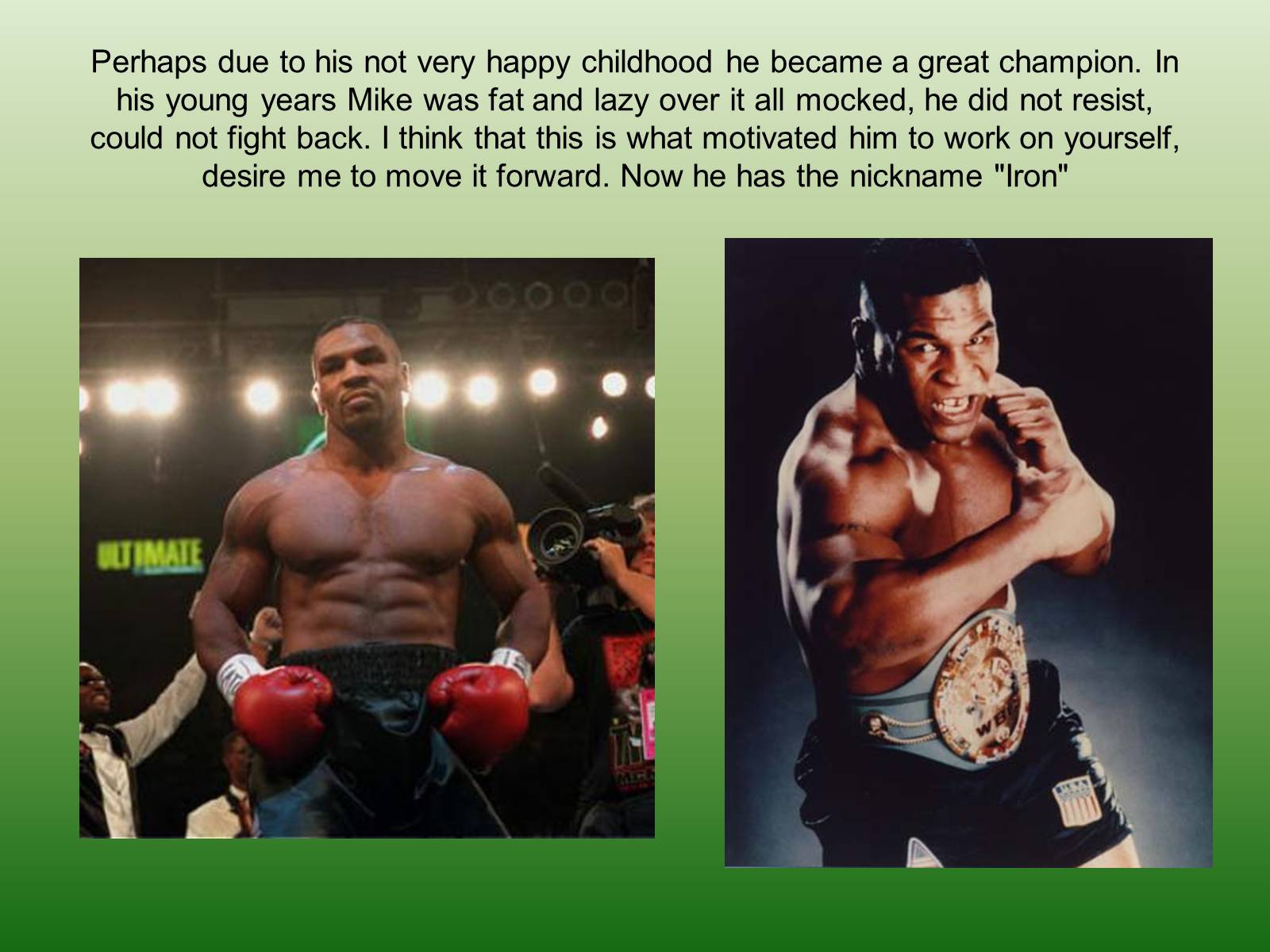 Tyson was even in prison. In 1991 he was sentenced for raping 18-year-old "Miss Black America" Desiree Washington. In fact Mike had a lot of inconsistencies and not fully understood by the things it is suspected that the girl was not against an intimate relationship. But be that as it was not Mike got 6 years, 3 of which are spent. 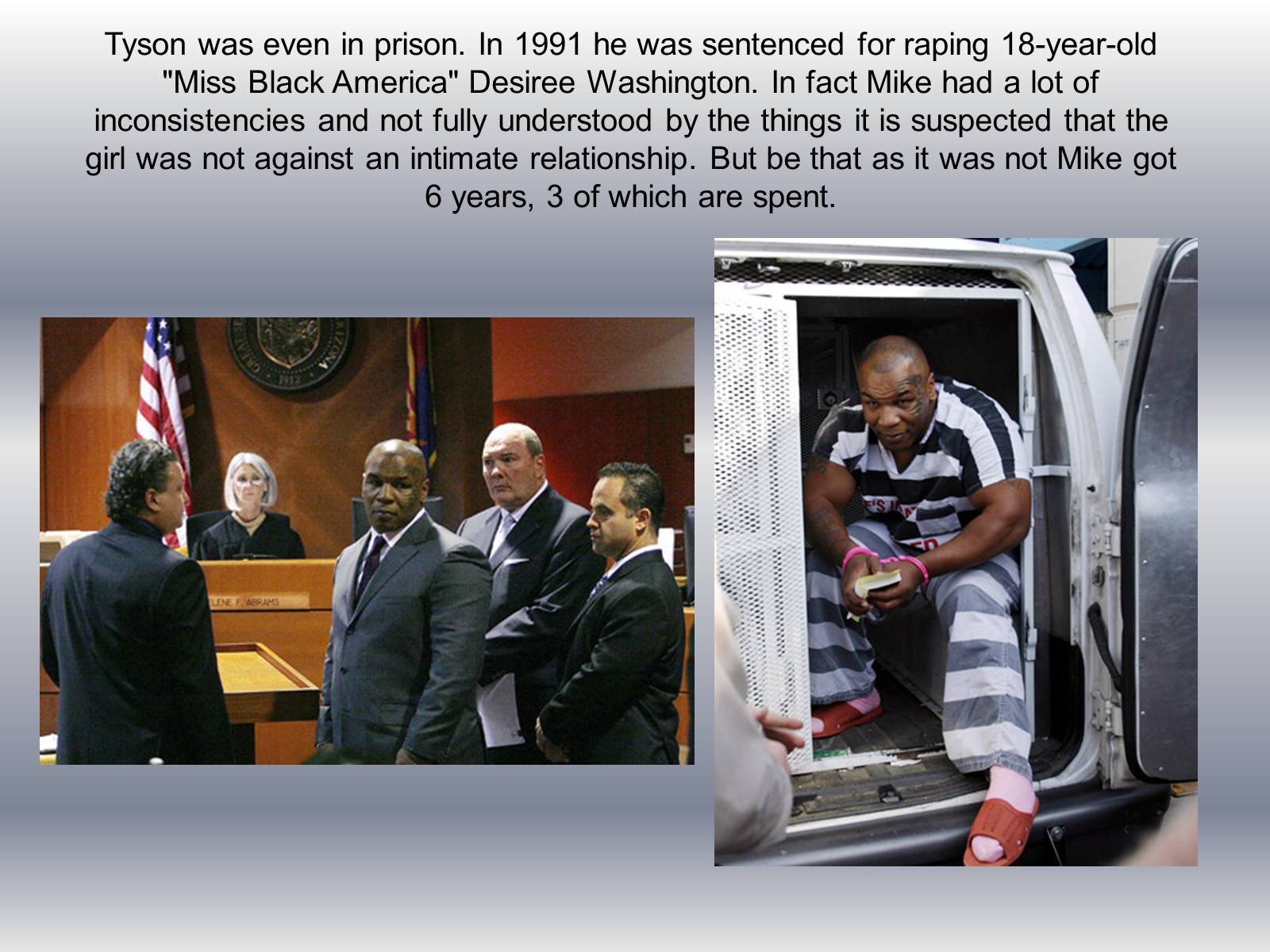 On one of the American TV show Tyson threatened to eat the children of his opponent. This opponent was Lennox Lewis. But that was long ago. 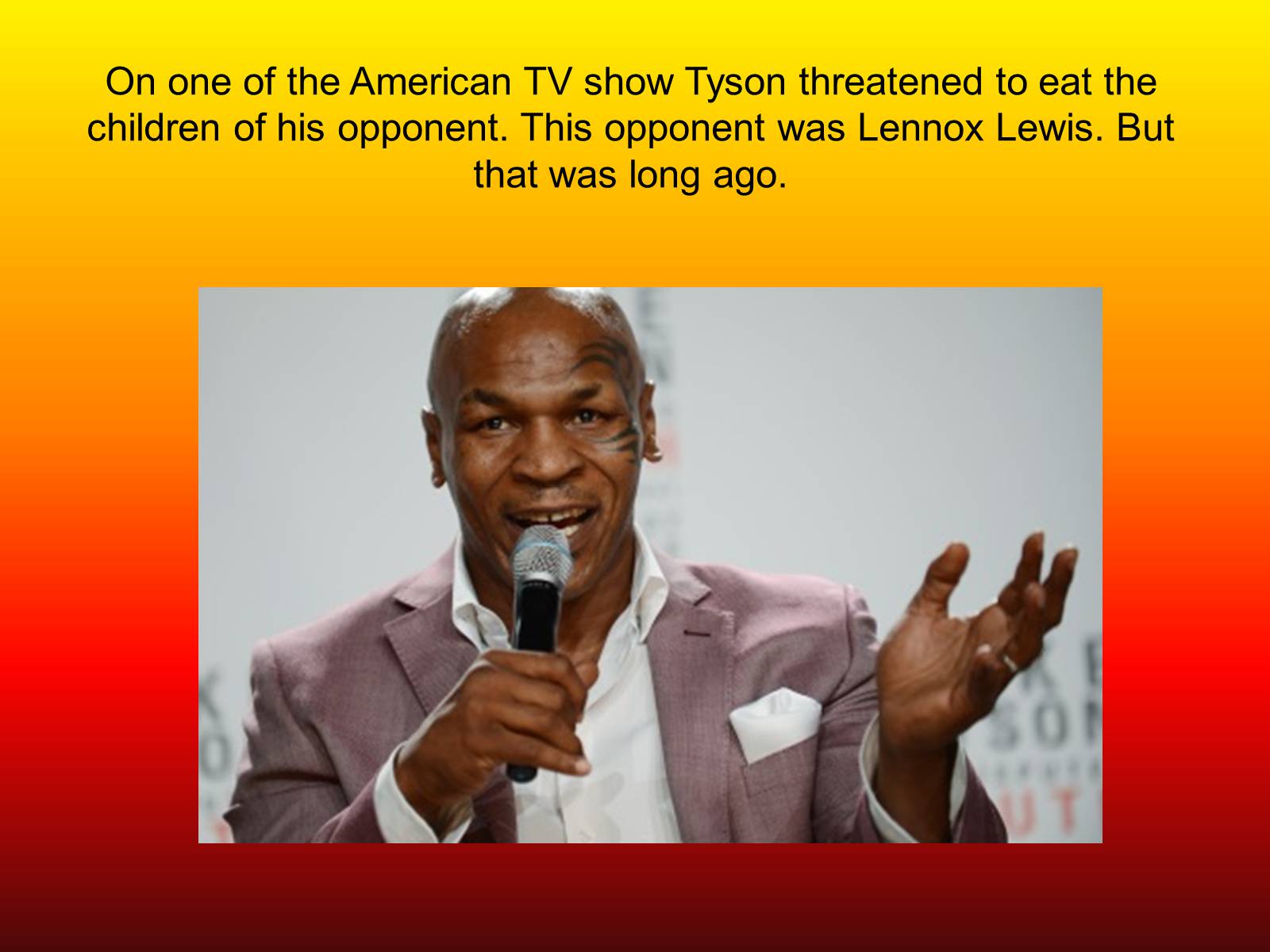 On the basis of many of the facts, Tyson is not just coming to the ring stoned. The famous Mike's ear bitten off (as he told me in an interview), under the influence of drugs. On another occasion, in 2000, in Tyson's blood found traces of marijuana. This was after a fight with Andrew Golota. 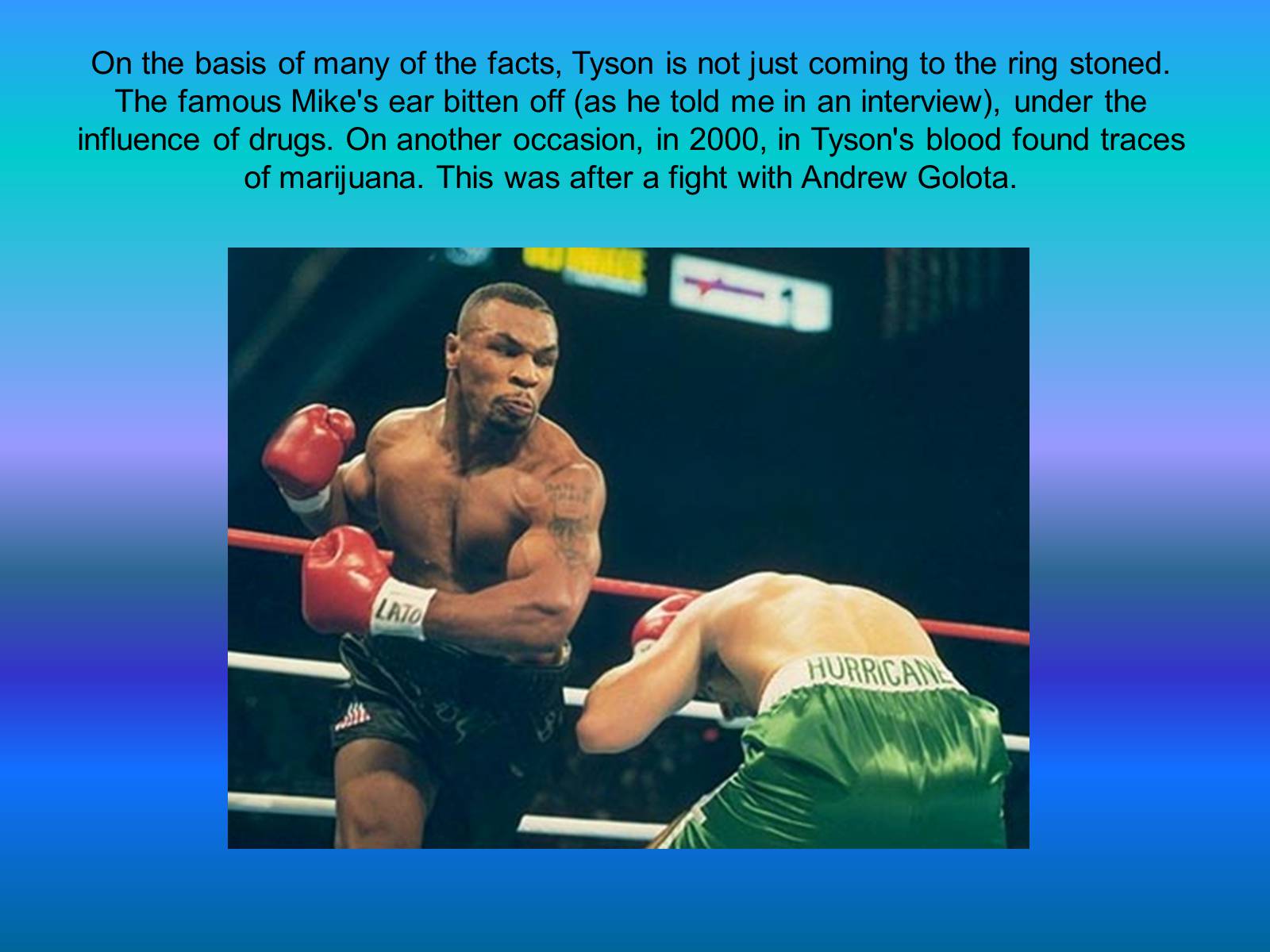 Mike Tyson has seven children and was married three times, all the children from different wives. 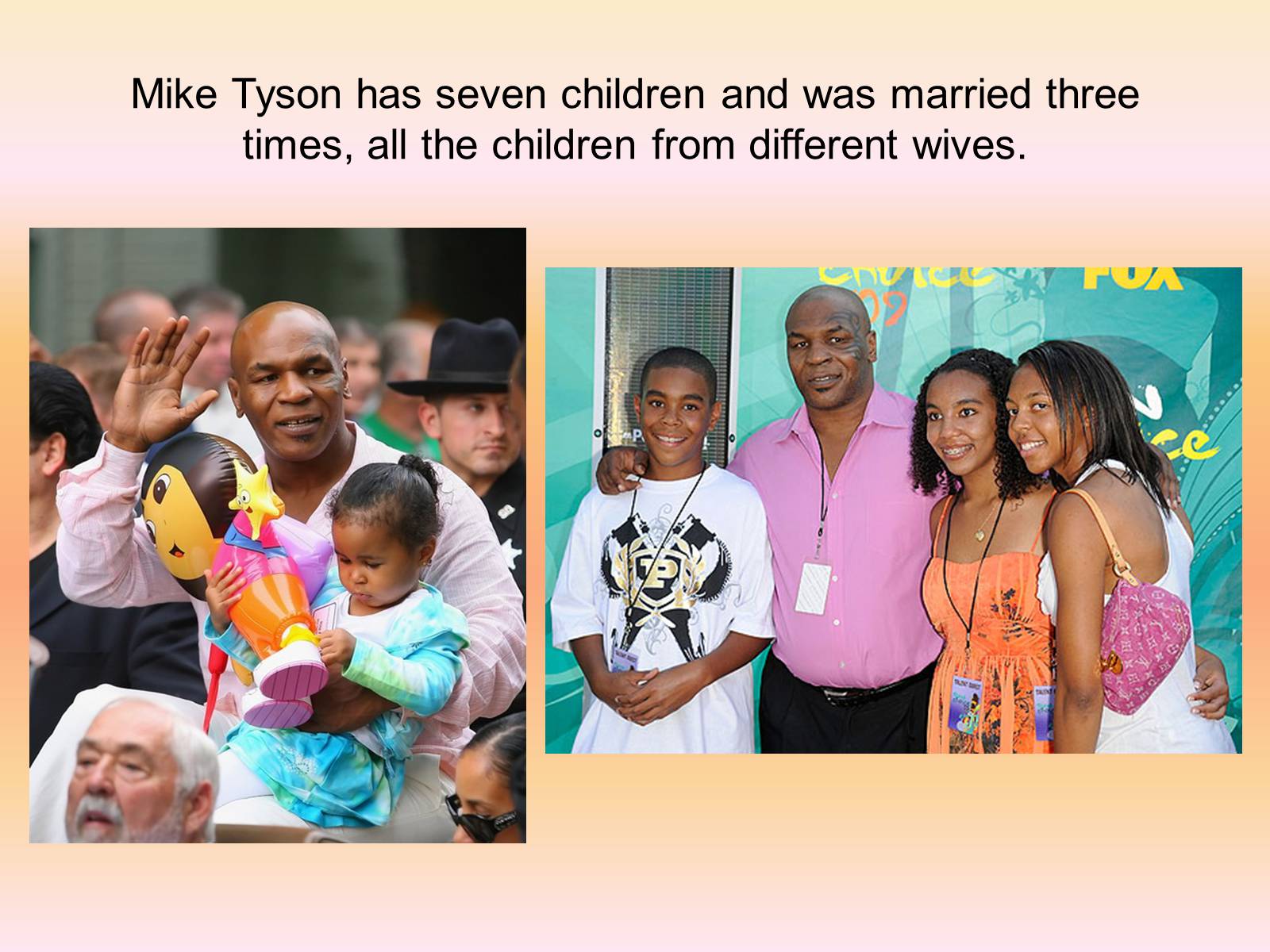 The first time Mike got into a fight at 10 years old when his grown-up bully who for three years, he tore off his head in front of a dove. Hooligan was full, and since then Mike started to respect me. Started life of crime. 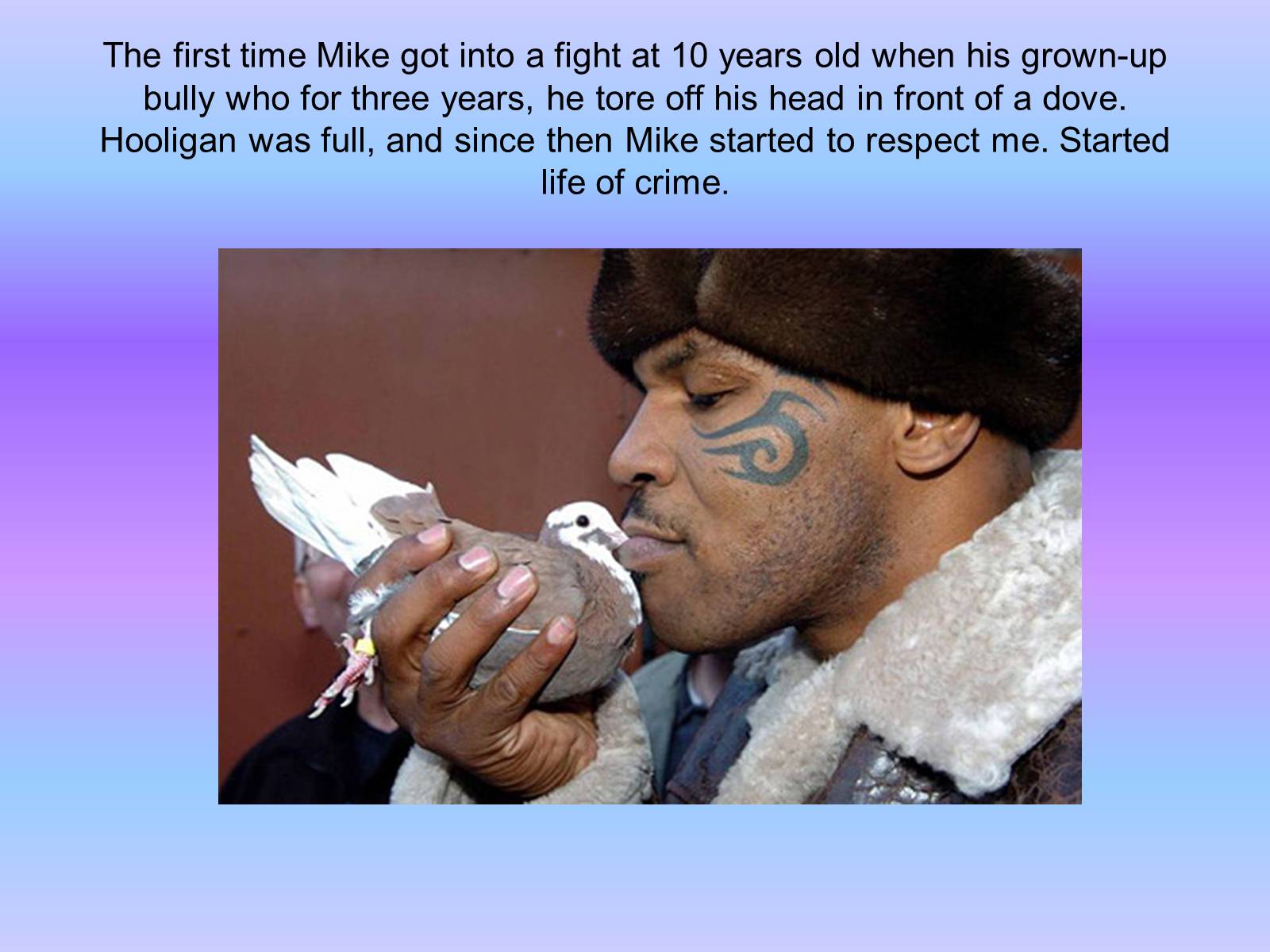 Today is a great boxer retired, lives in a suburb of Las Vegas. Lies at 8 pm, gets up at 2:00 am (yes, for him this morning), educates children involved in charity work and leads the life of a good guy. 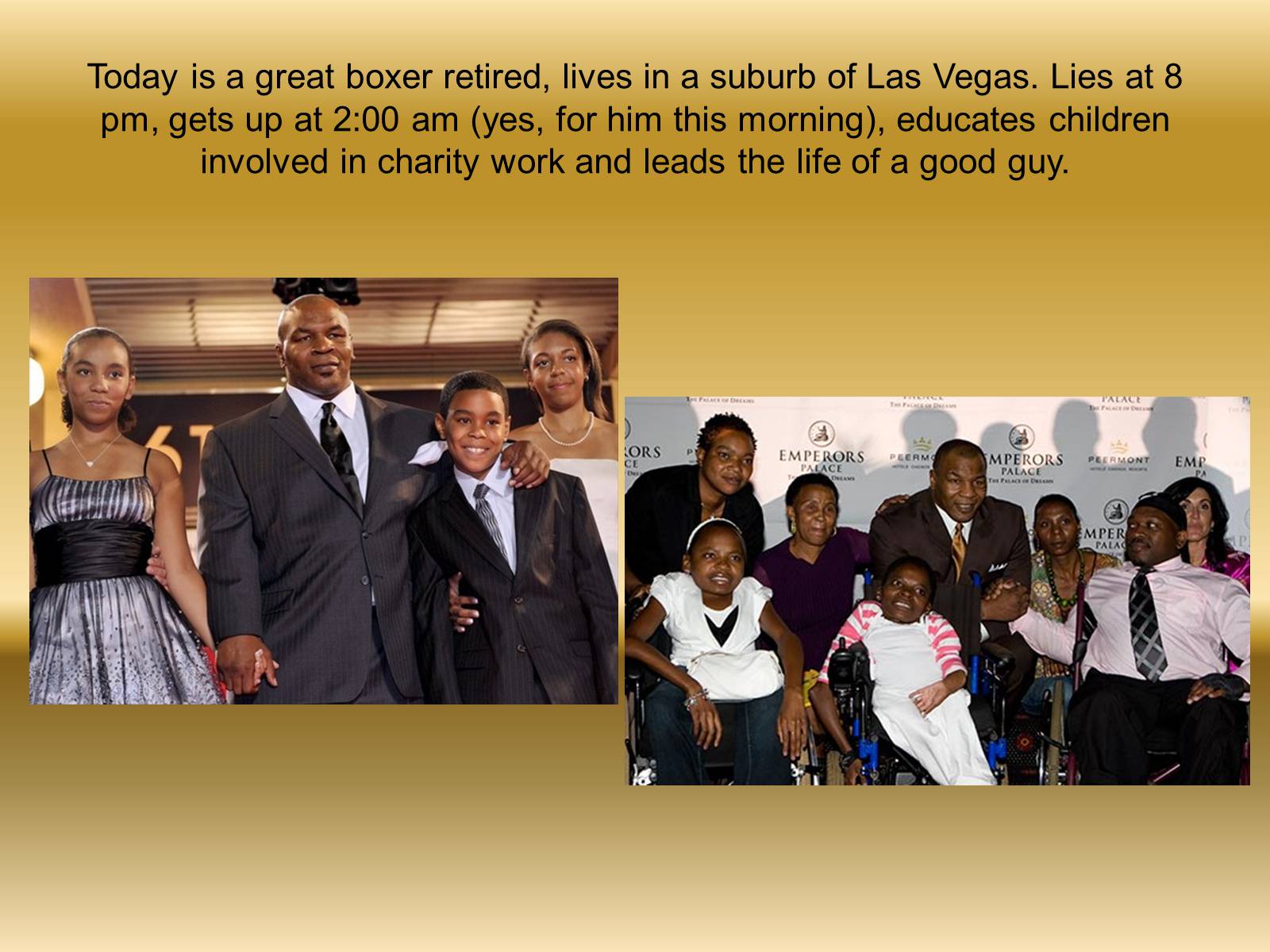