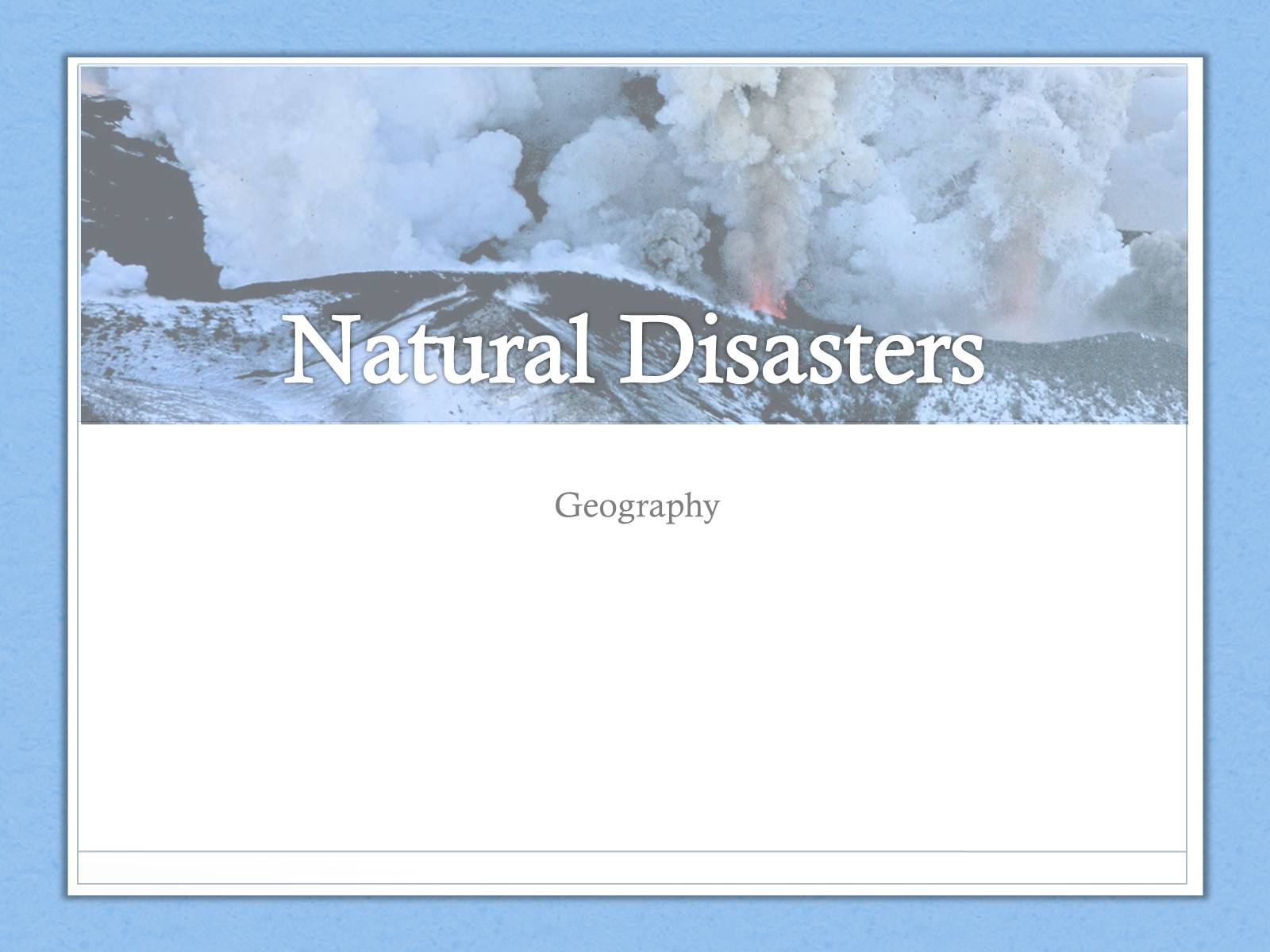 A natural disaster is a major adverse event resulting from natural processes of the Earth.
Examples include:
Floods
Severe weather
Volcanic eruptions
Earthquakes
Other geologic processes 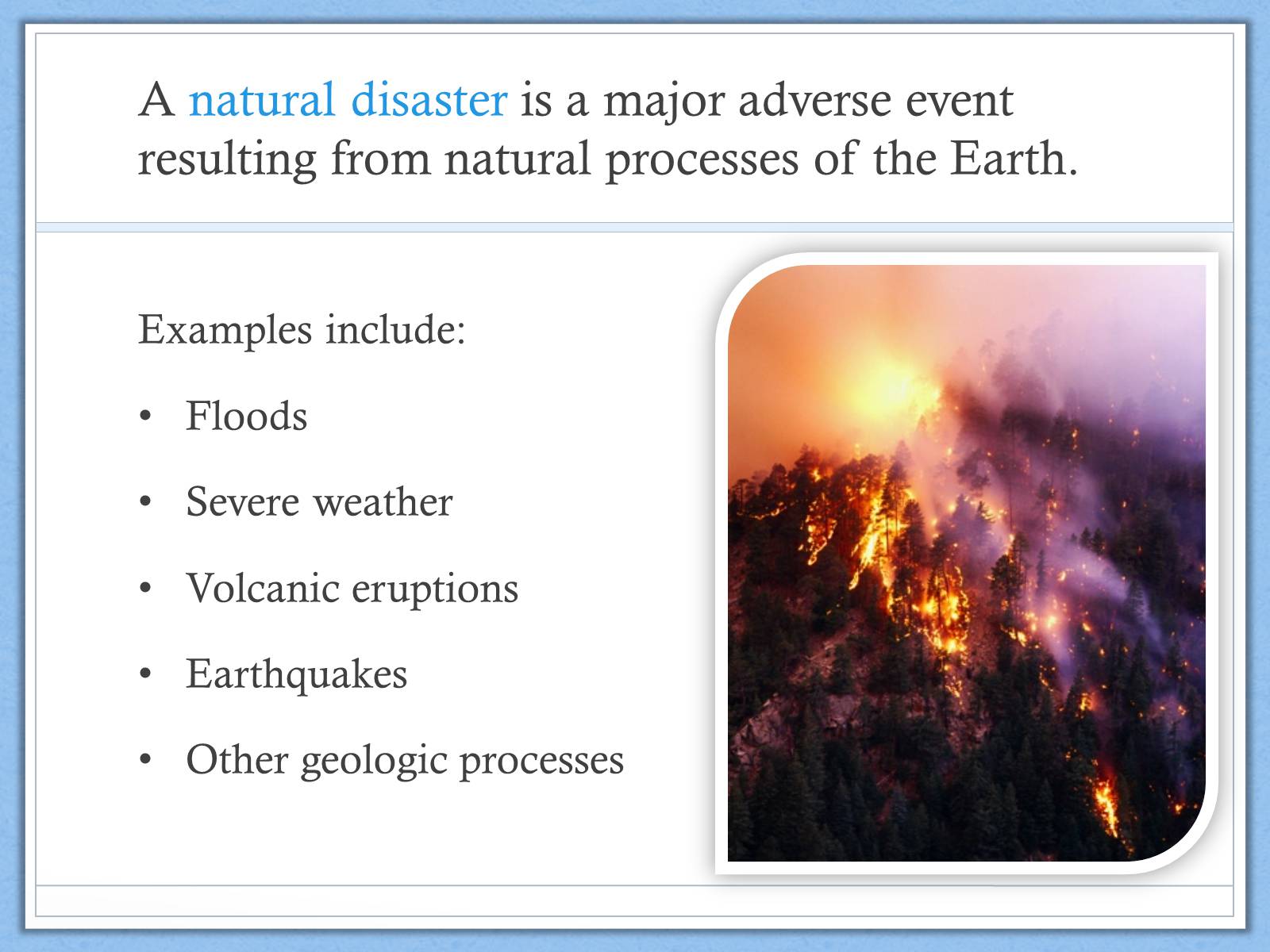 Floods
A flood is an overflow of an expanse of water that submerges land.
Flooding may result from the volume of water within a body of water, such as a river or lake, which overflows or breaks levees, with the result that some of the water escapes its usual boundaries.
Tropical cyclones also can result in extensive flooding and storm surge. 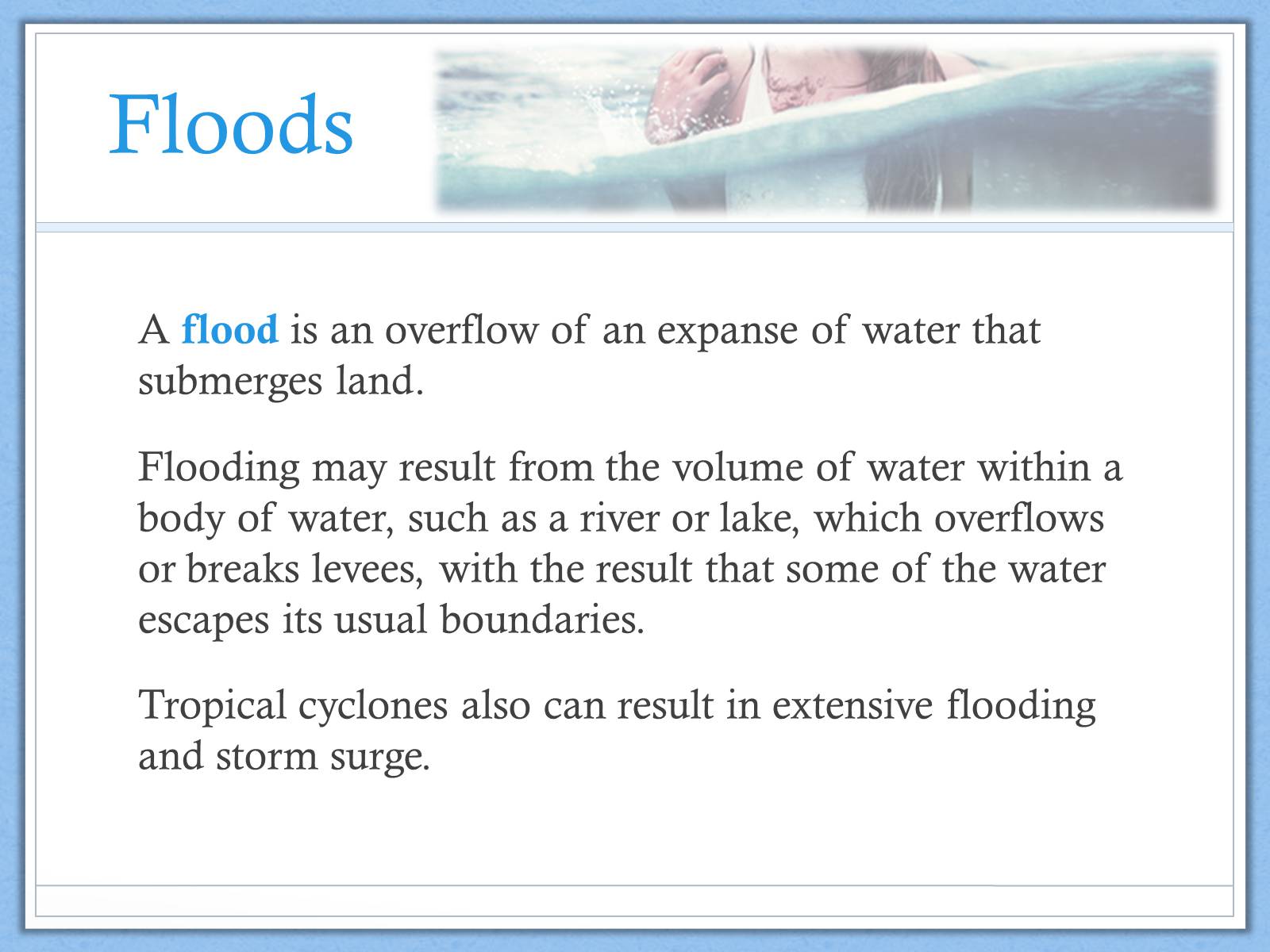 Blizzards
Blizzards are severe winter storms characterized by heavy snow and strong winds. When high winds stir up snow that has already fallen, it is known as a ground blizzard. Blizzards can impact local economic activities, especially in regions where snowfall is rare. 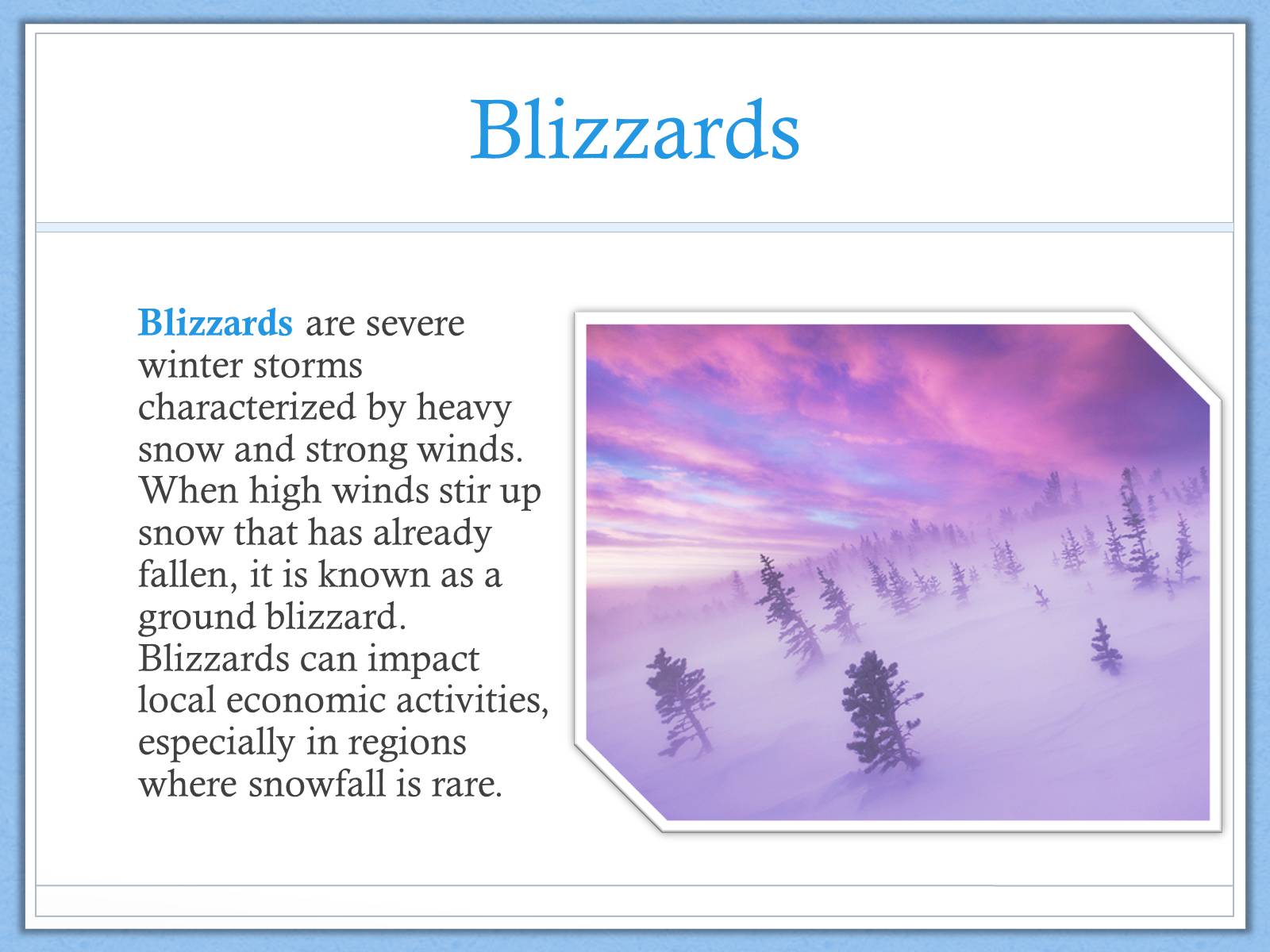 Volcanic eruptions
Volcanoes can cause widespread destruction and consequent disaster in several ways. The effects include the volcanic eruption itself that may cause harm following the explosion of the volcano or the fall of rock. 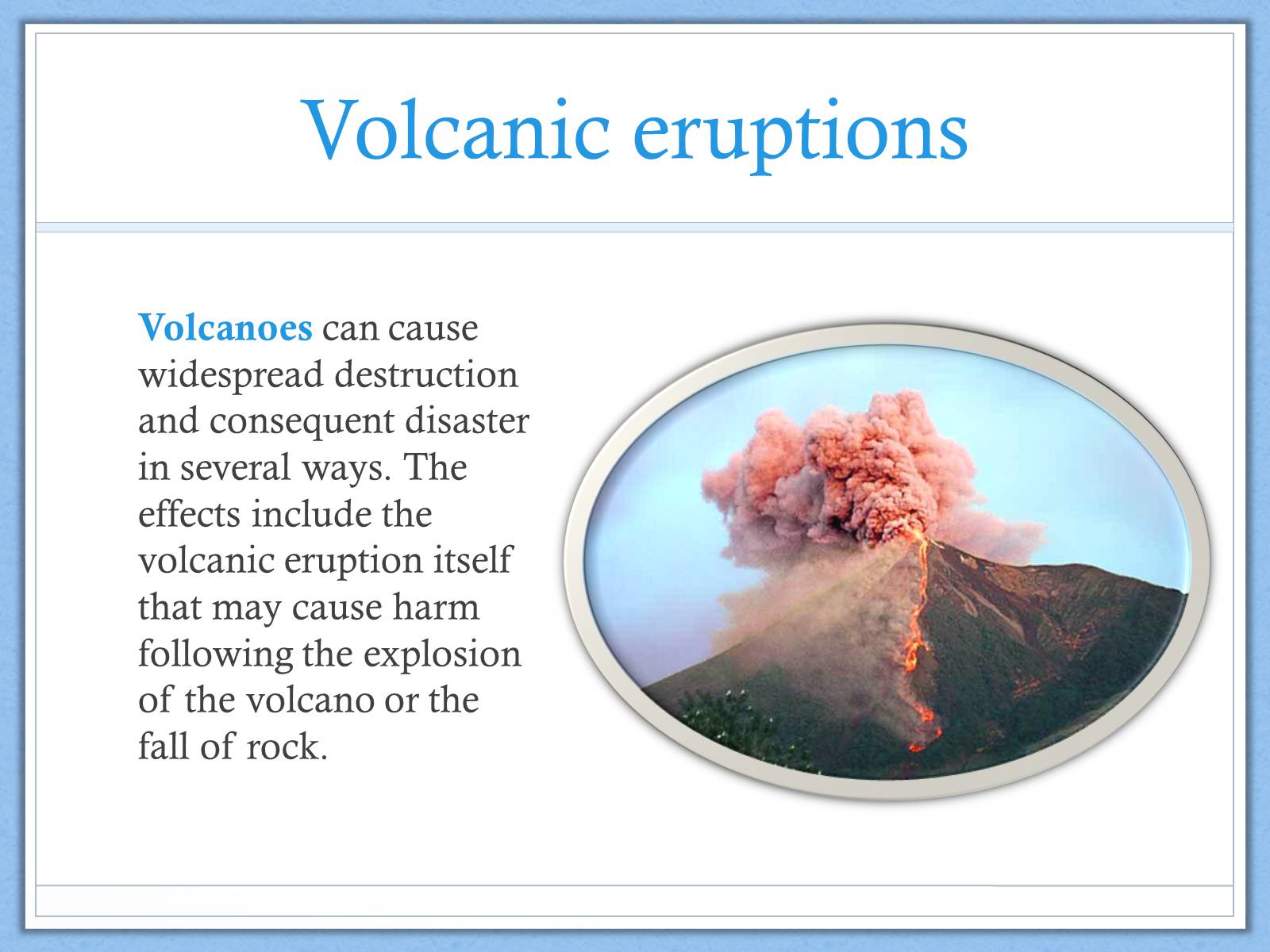 Earthquakes
An earthquake is the result of a sudden release of energy in the Earth's crust that creates seismic waves. At the Earth's surface, earthquakes manifest themselves by vibration, shaking and sometimes displacement of the ground. The vibrations may vary in magnitude. Earthquakes are caused mostly by slippage within geological faults, but also by other events such as volcanic activity, landslides, mine blasts, and nuclear tests. 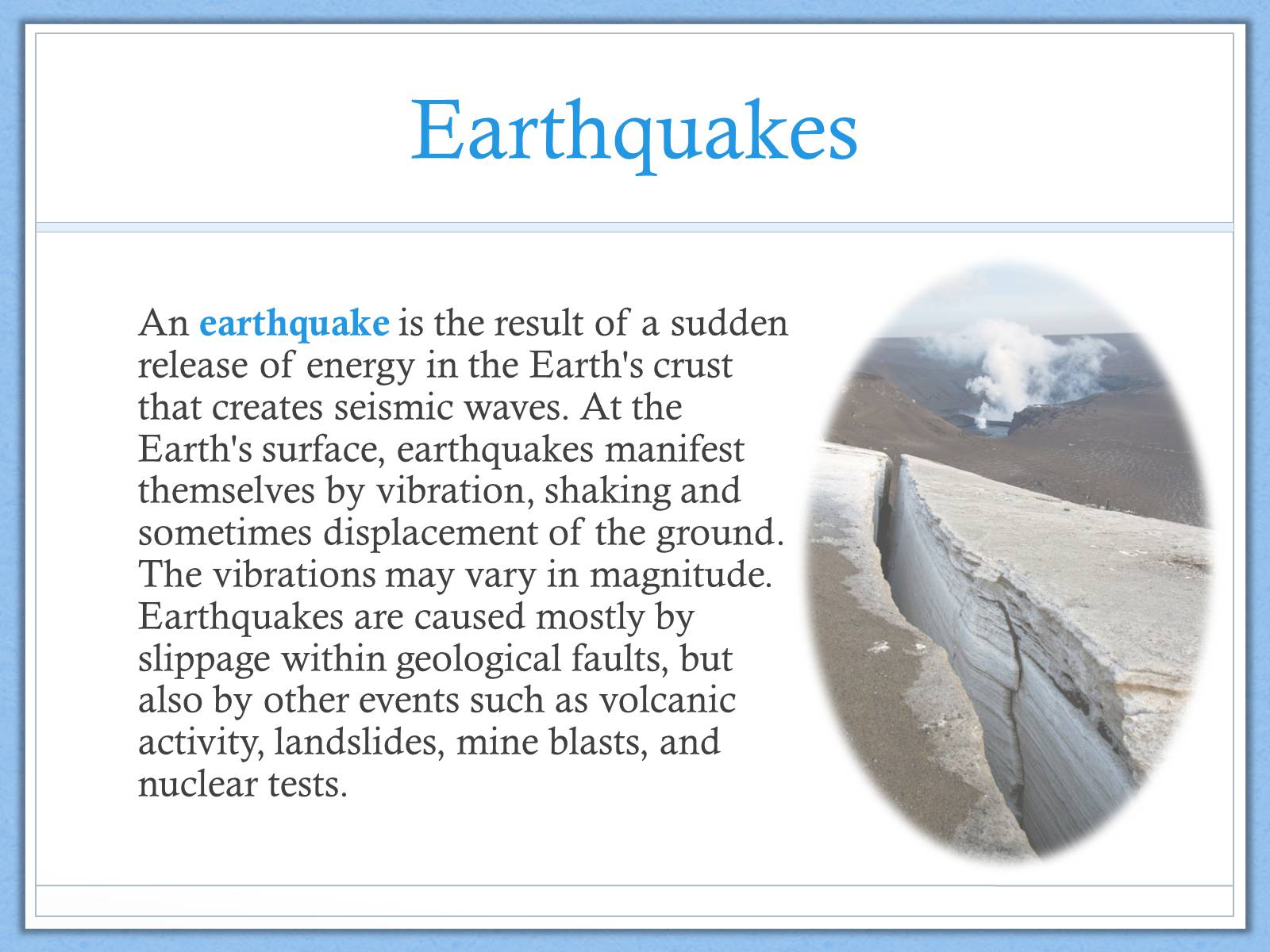 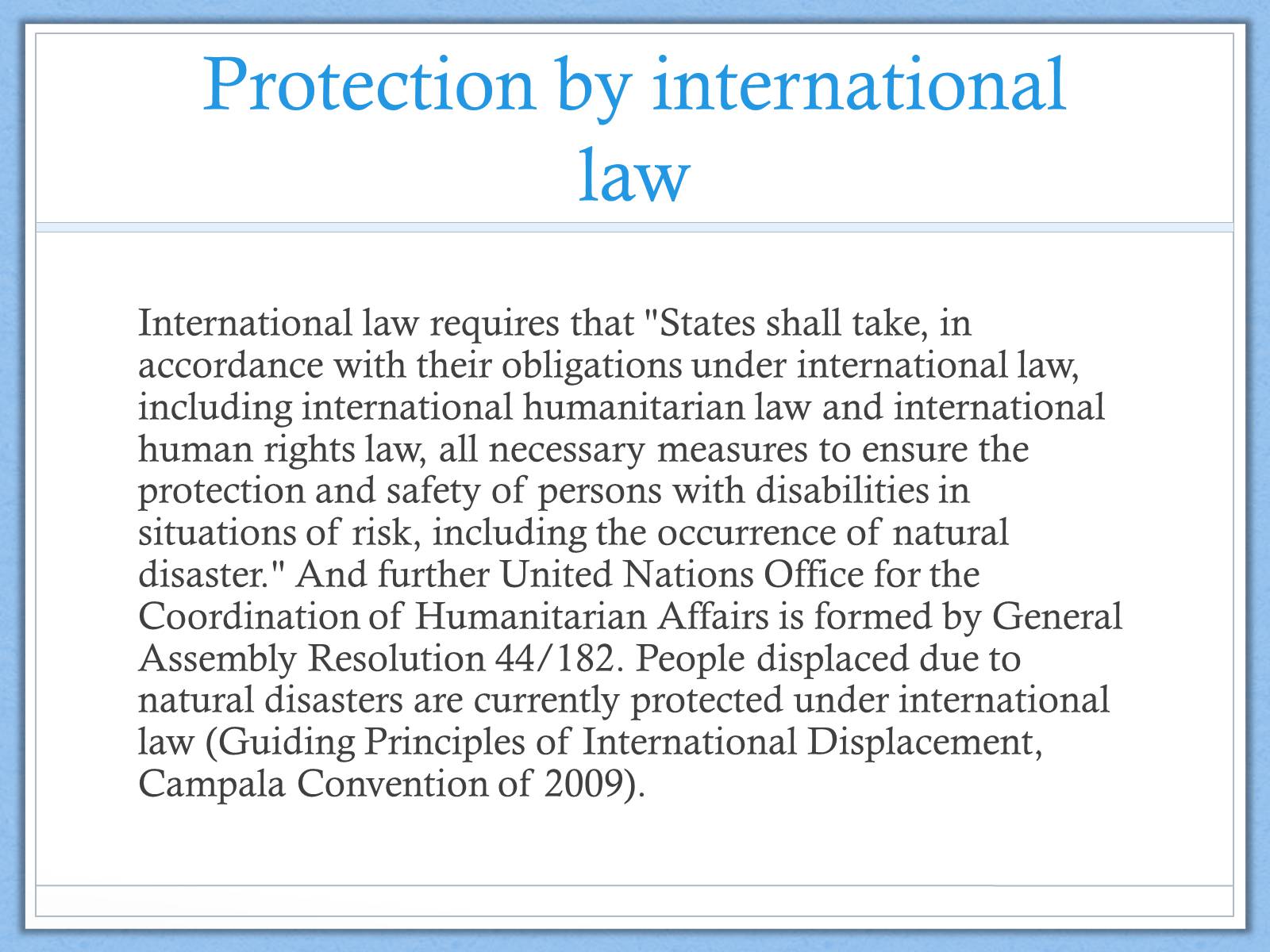 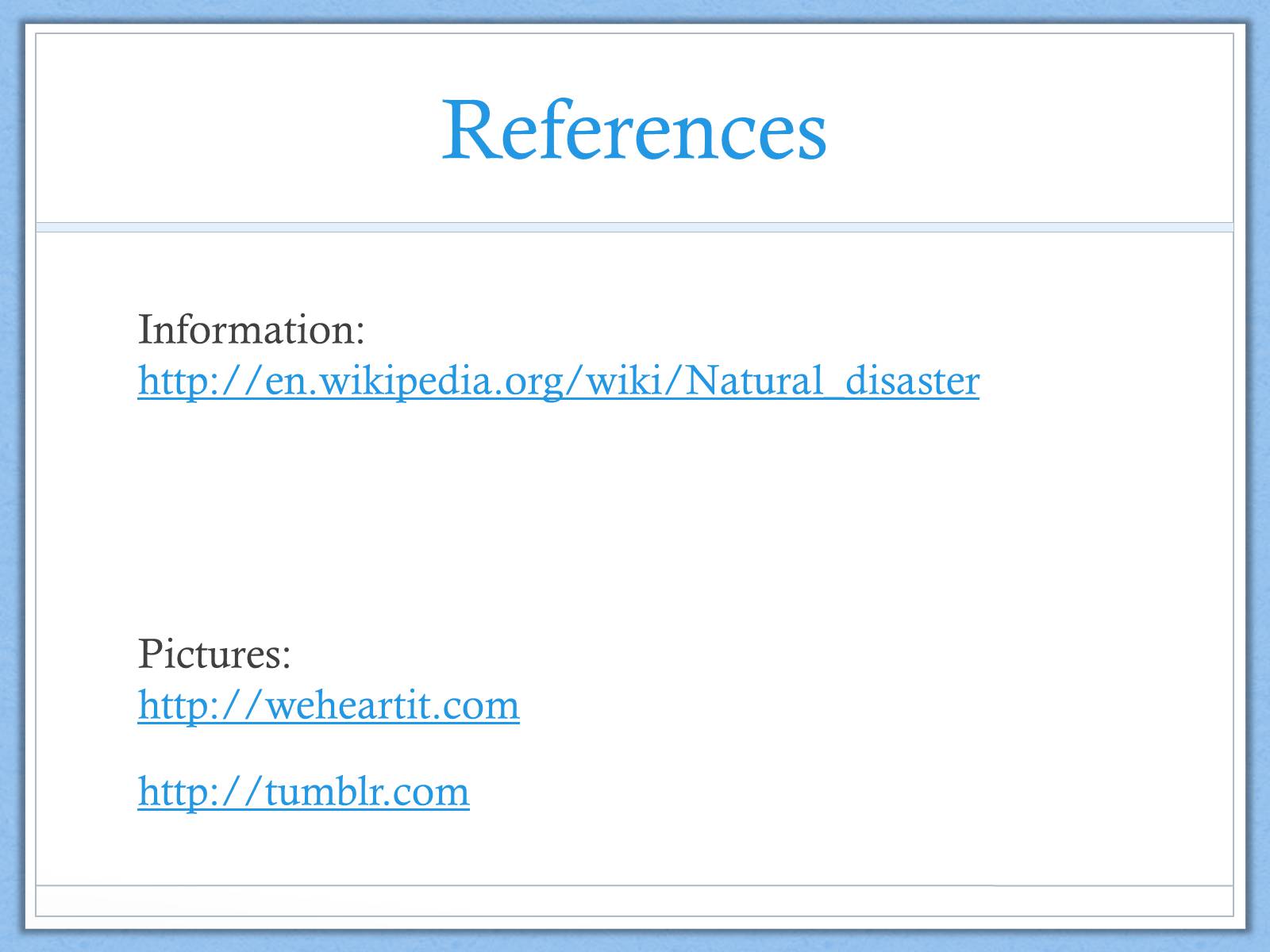 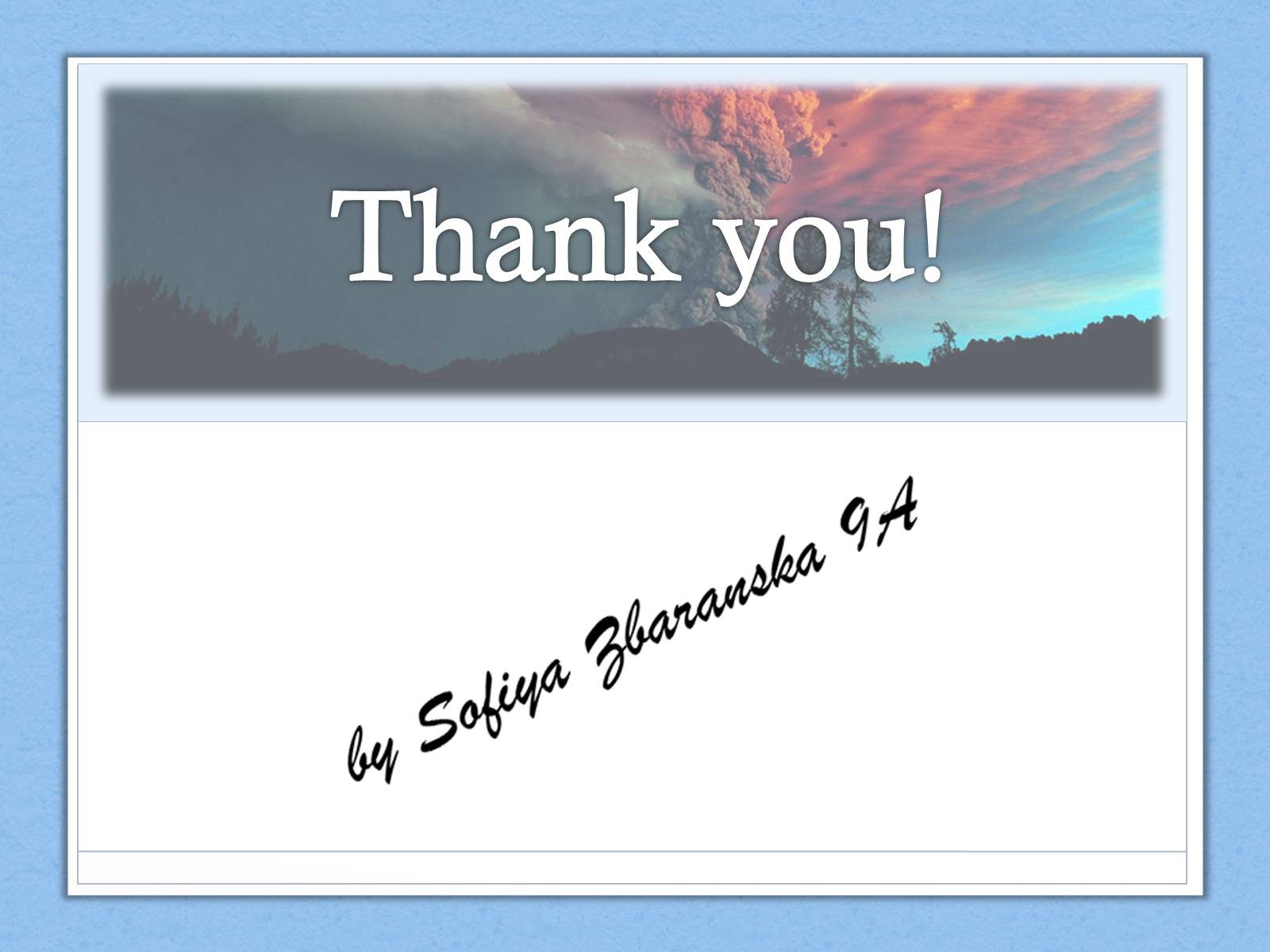