William Shakespeare
made by Khrystyna Jordan 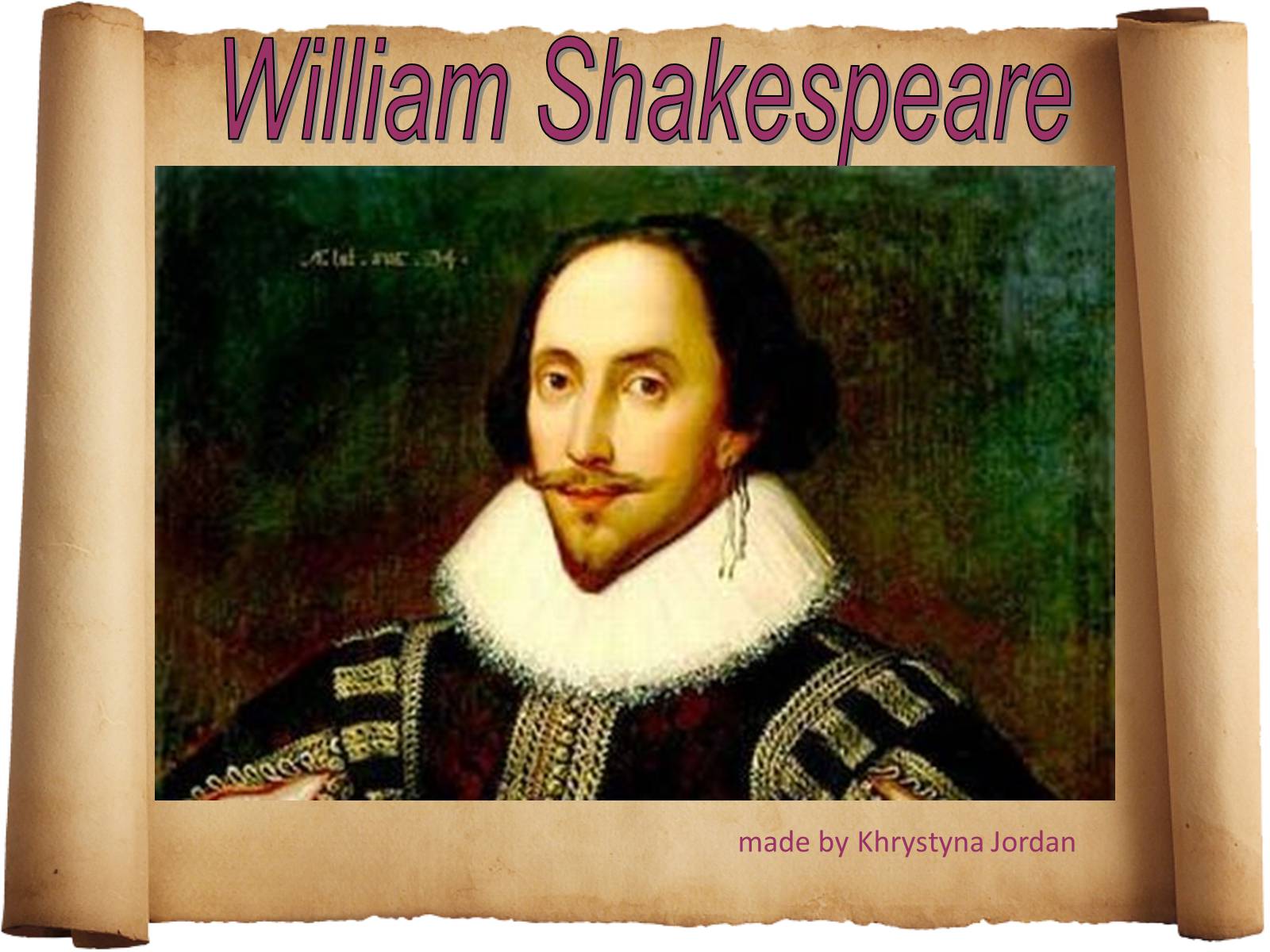 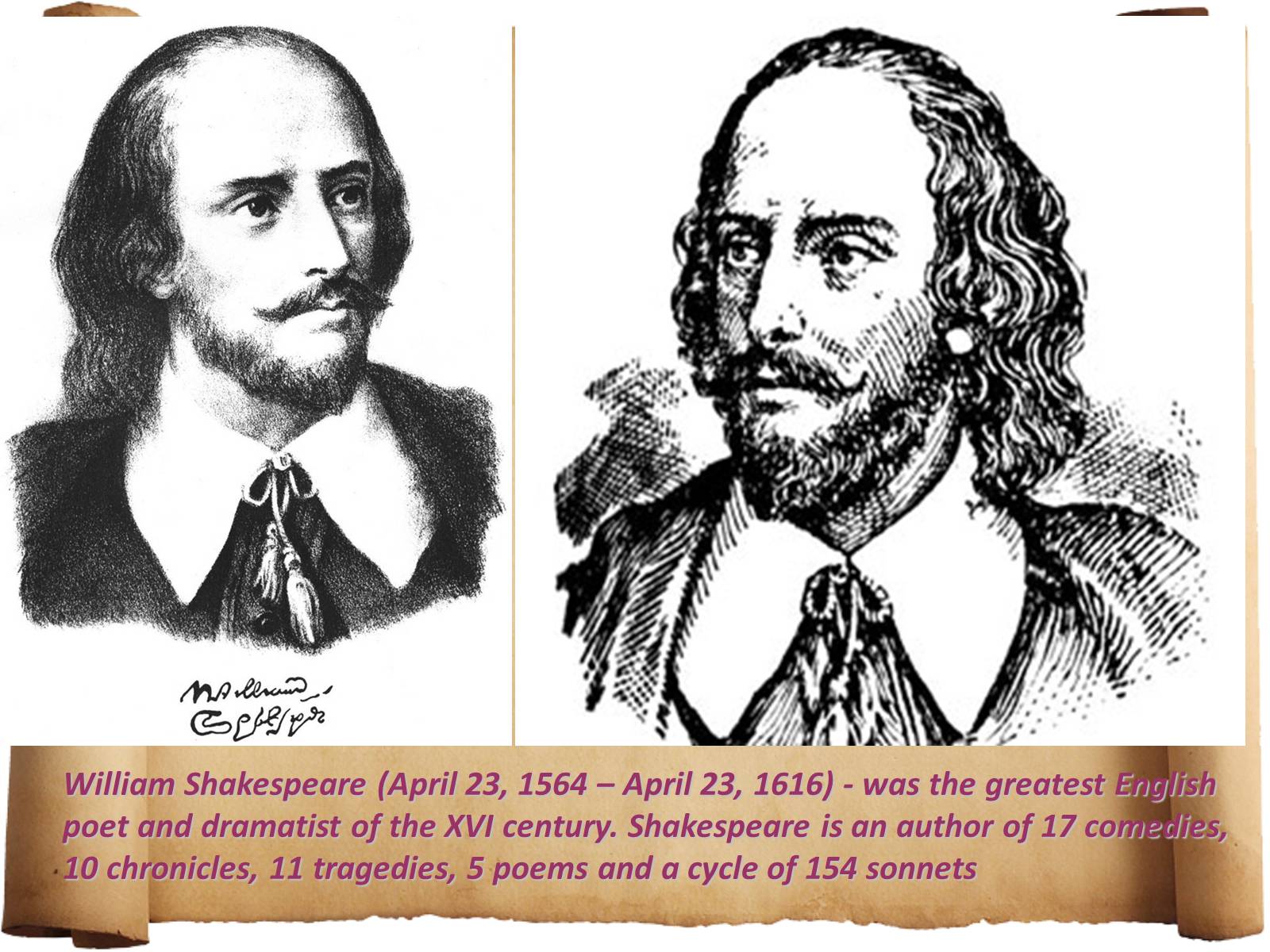 Few details survive life of the great playwright. His first biography was written by Nicaise Rowe and it was published in 1709 (100 years after his death).
Nicaise Rowe 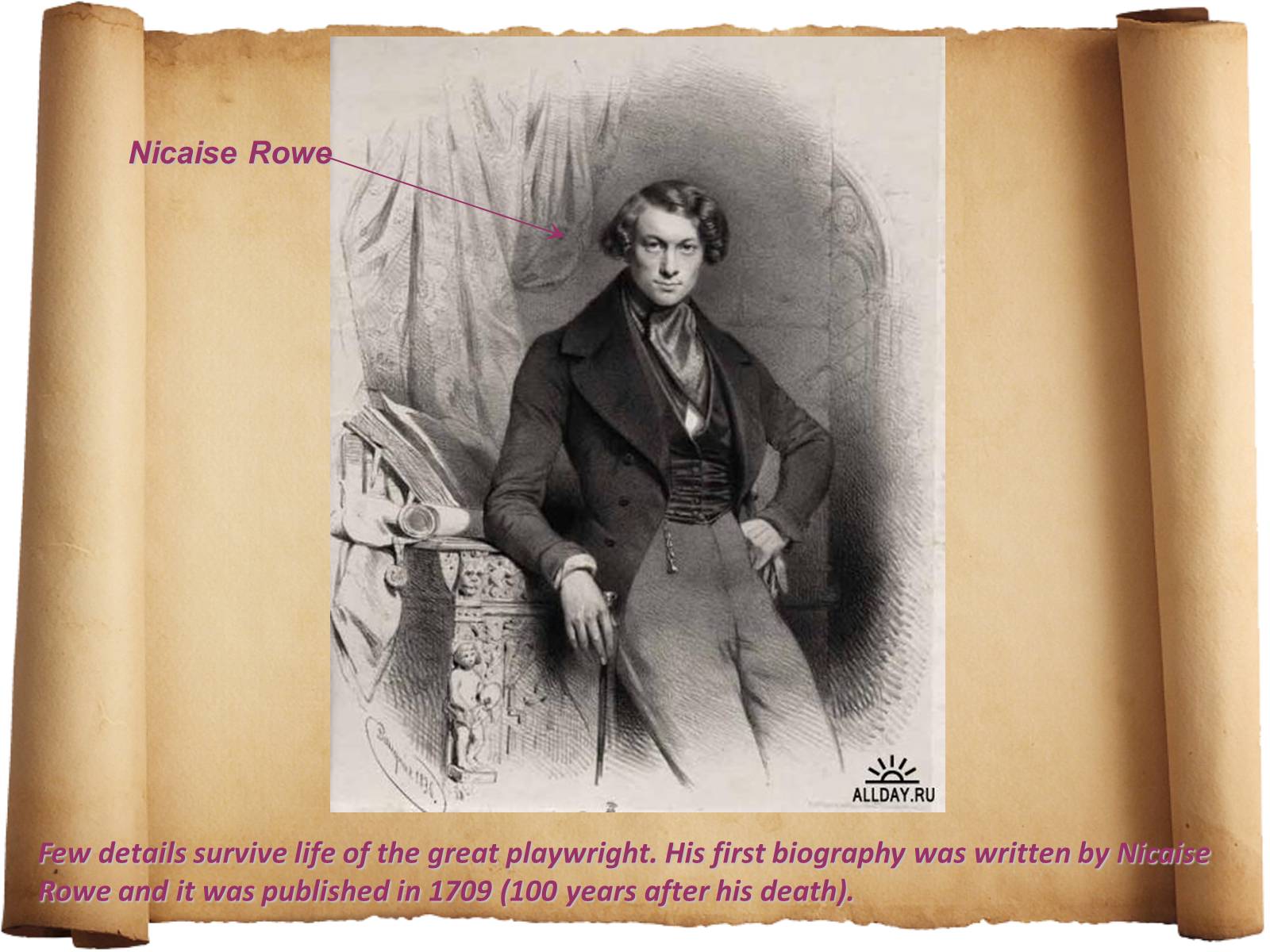 The era in which he lived and worked is called Renaissance. It amazes with the rise of the spirit, great faith in human creativity. The art did not play such a significant role in society and it never has been so majestically beautiful as in Shakespeare's era. 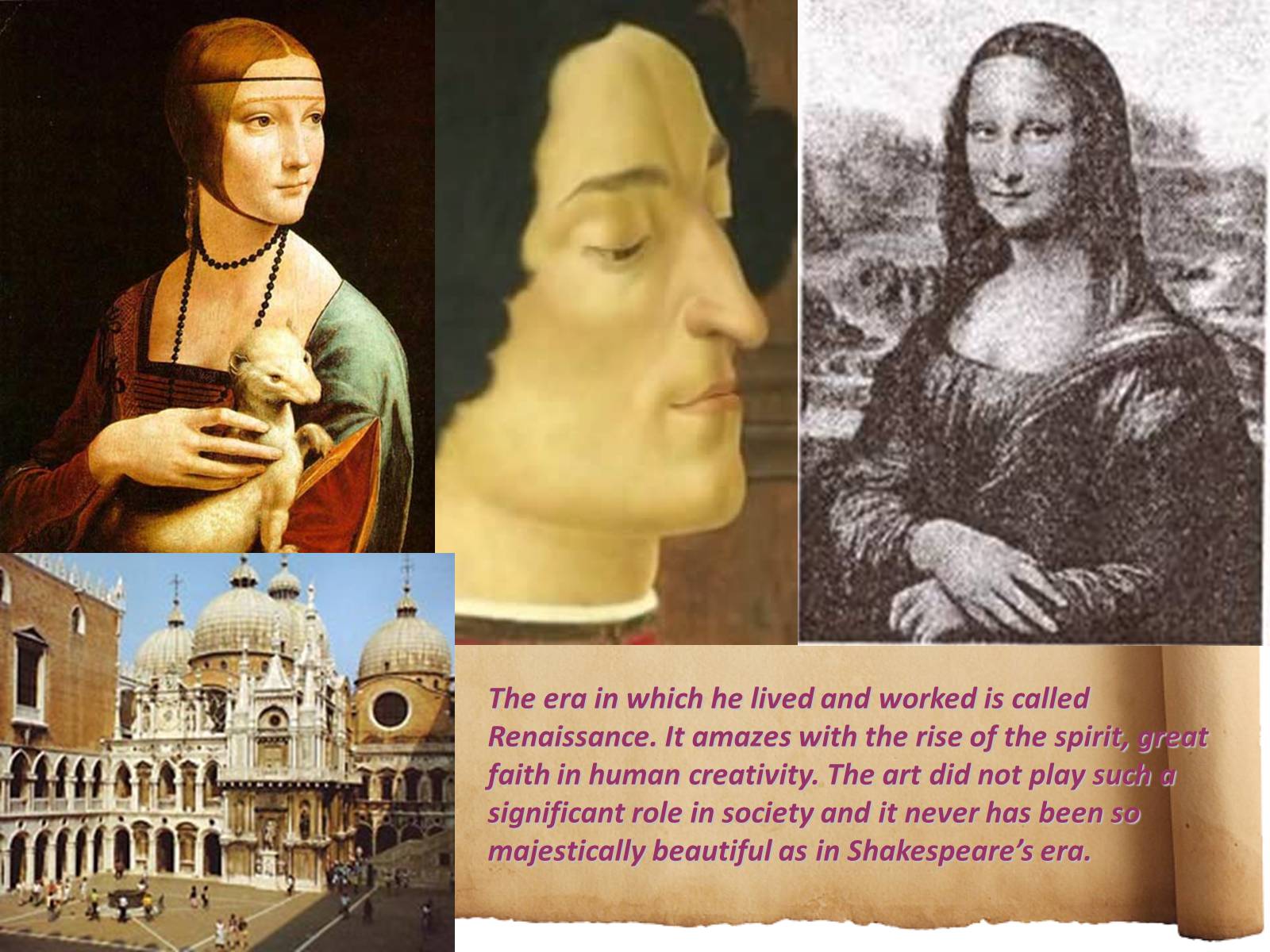 Intelligence, experience, knowledge increasingly in people prized during the Renaissance. Conductor of faith in the human personality, in her spiritual abilities were scientists, philosophers, writers and artists. People called them humanists. 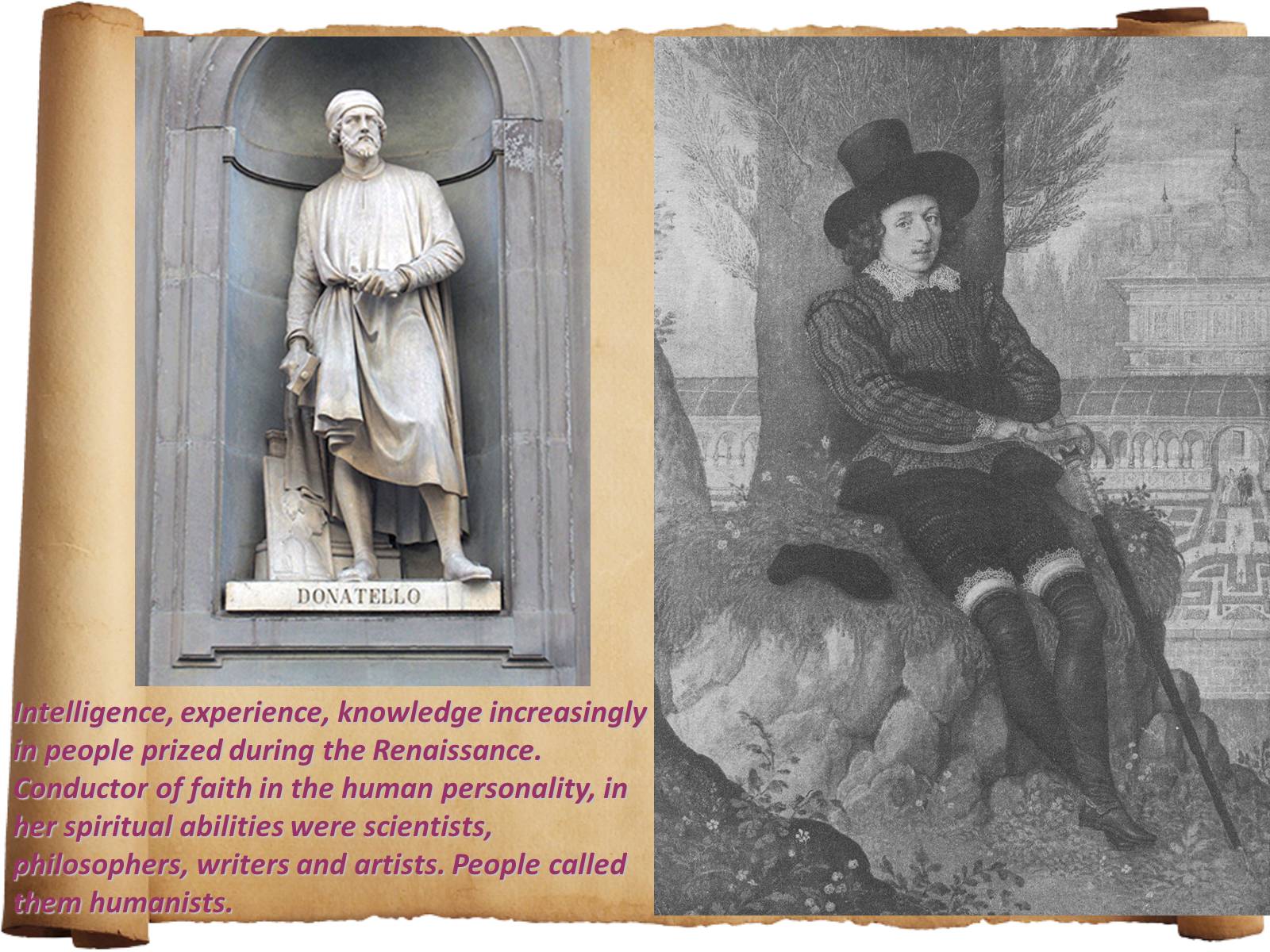 Shakespeare began to perform as a playwright/dramatist in the end of 80 years of the XVI century. Researchers believe that the first he has refined and "updated" existing plays, and then he went on to creating his own compositions.
Shakespeare's plays enjoyed great popularity, but only a few viewers knew his name at that time because viewers get attention to the actor's work for the first time. Shakespeare's plays were very popular, but no one read his plays because poet appealed to actors.
Usually Shakespeare's dramas divided into four periods, but sometimes the first and second merged into one. Dividing into four periods easier toknow and understand has plays. At the same time, the division into three periods as warranted and creates great visibility. 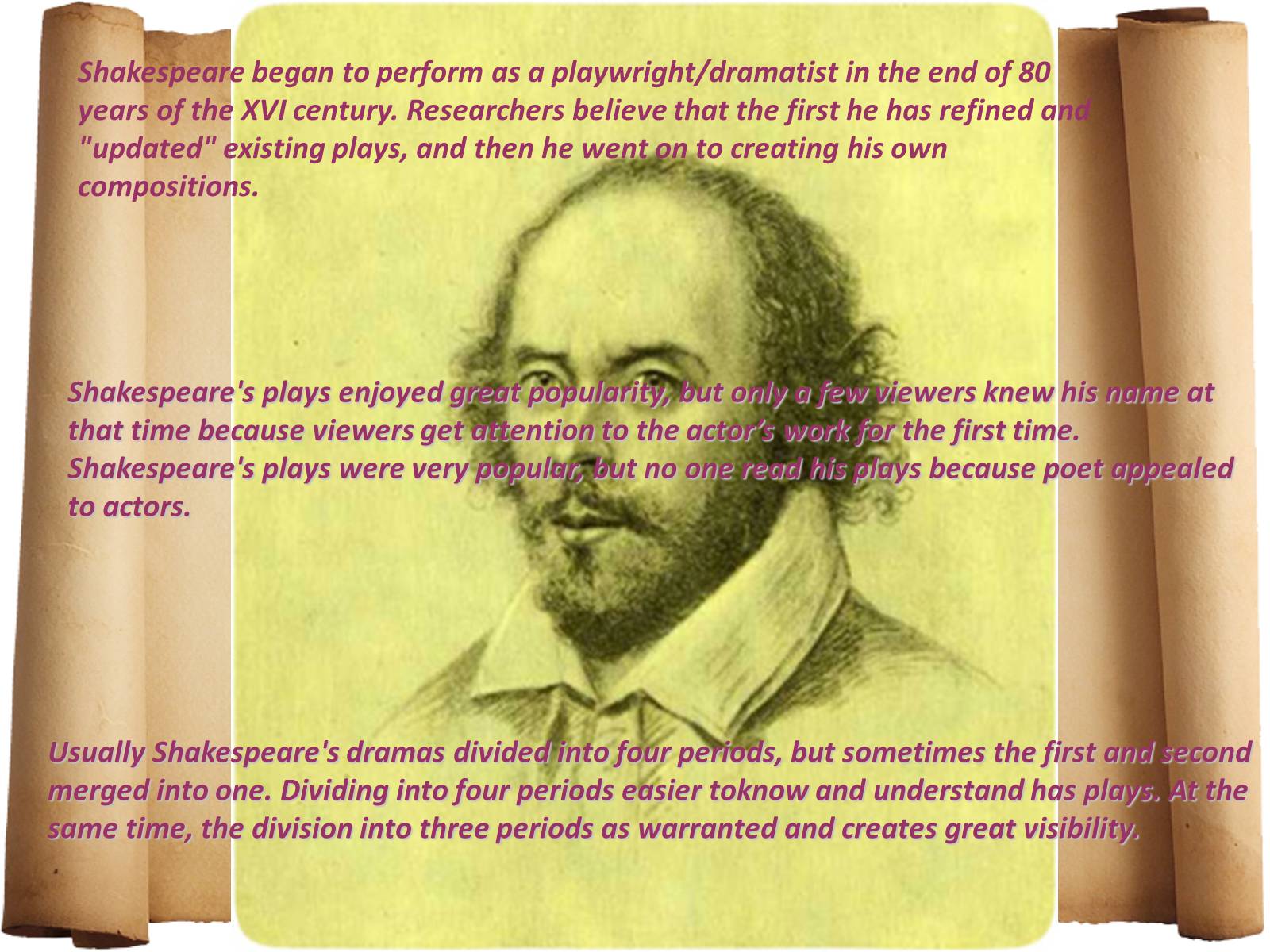 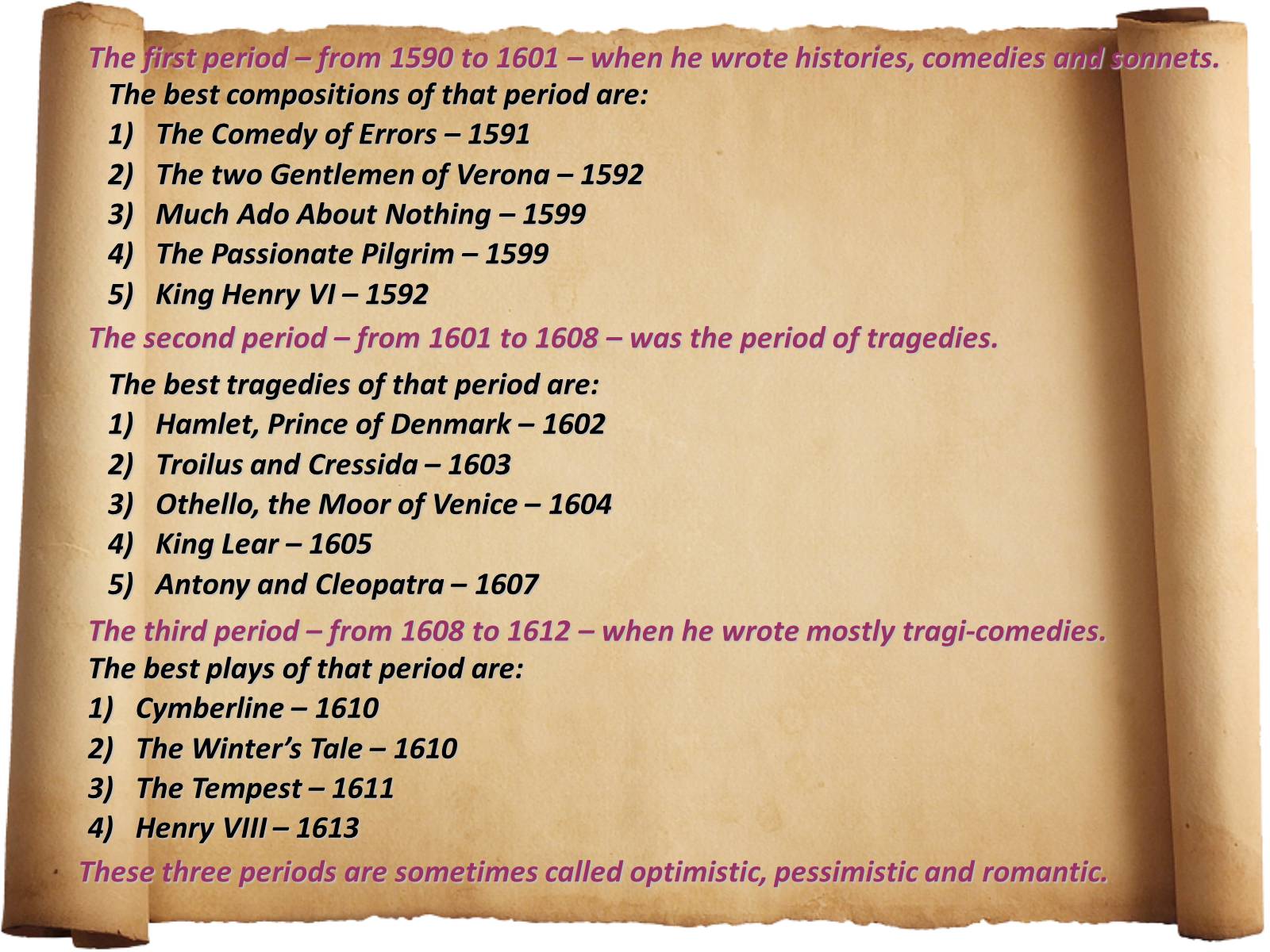 He that is thy friend indeed,
He will help thee in thy need:
If thou sorrow, he will weep;
If thou wake, he cannot sleep;
Thus of every grief in heart
He with thee does bear a part.
These are certain signs to know
Faithful friend from flattering foe.
My favorite lines of William Shakespeare are lines of work "The Passionate Pilgrim", 1599. I know it by heart. It is very vital. It show how to distinguish “… faithful friend from flattering foe”. 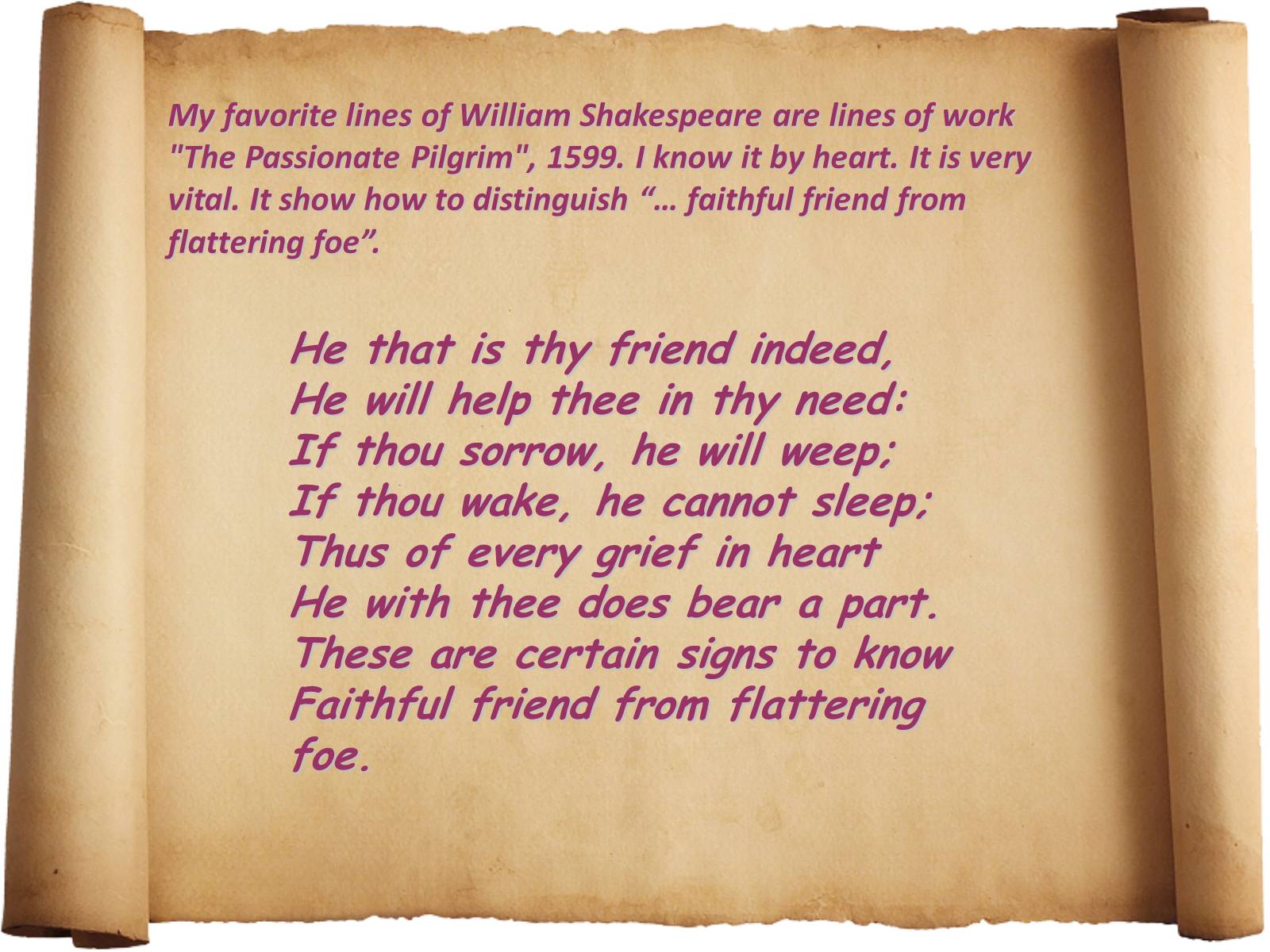 Thank you for
your attention 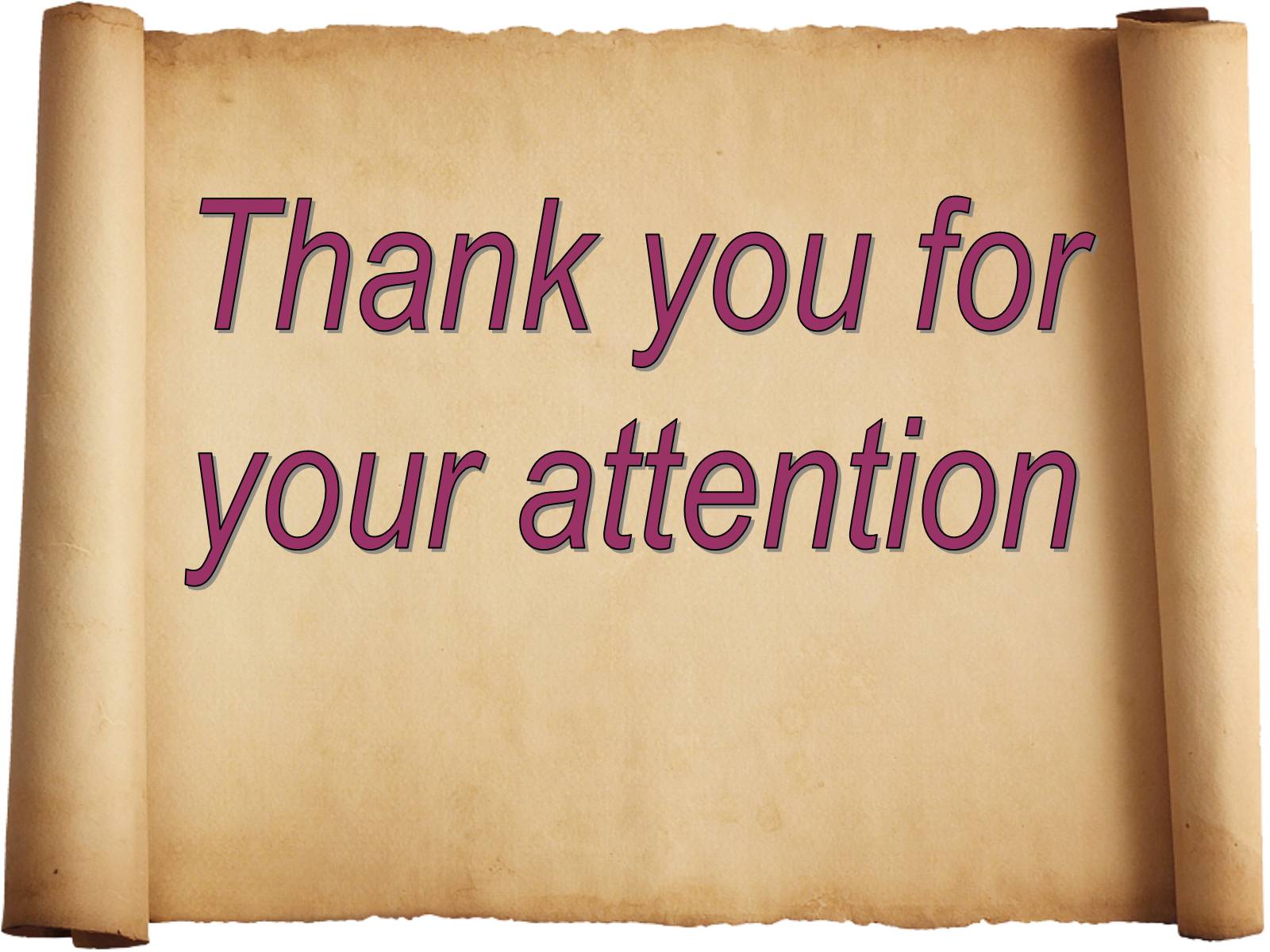