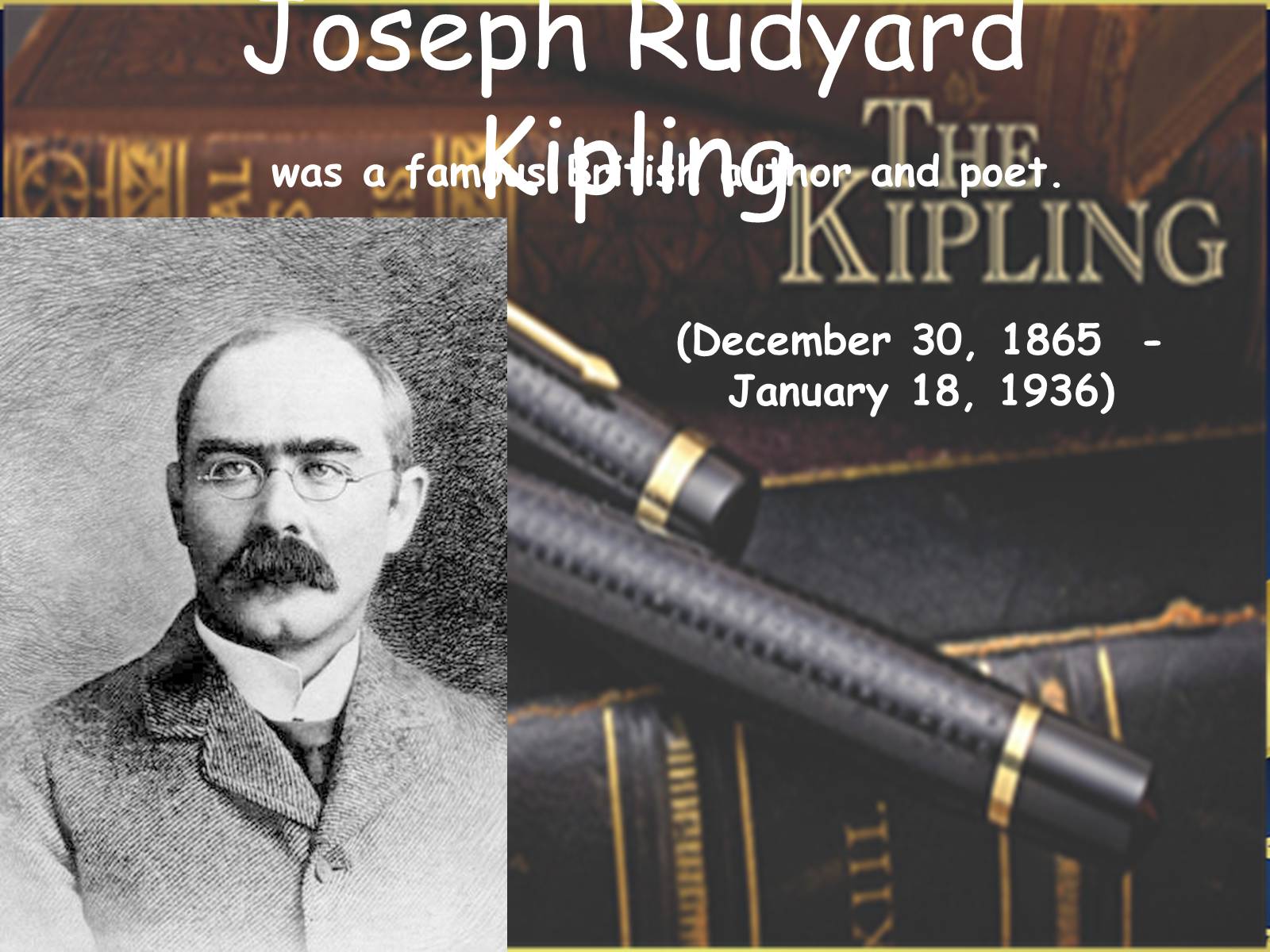 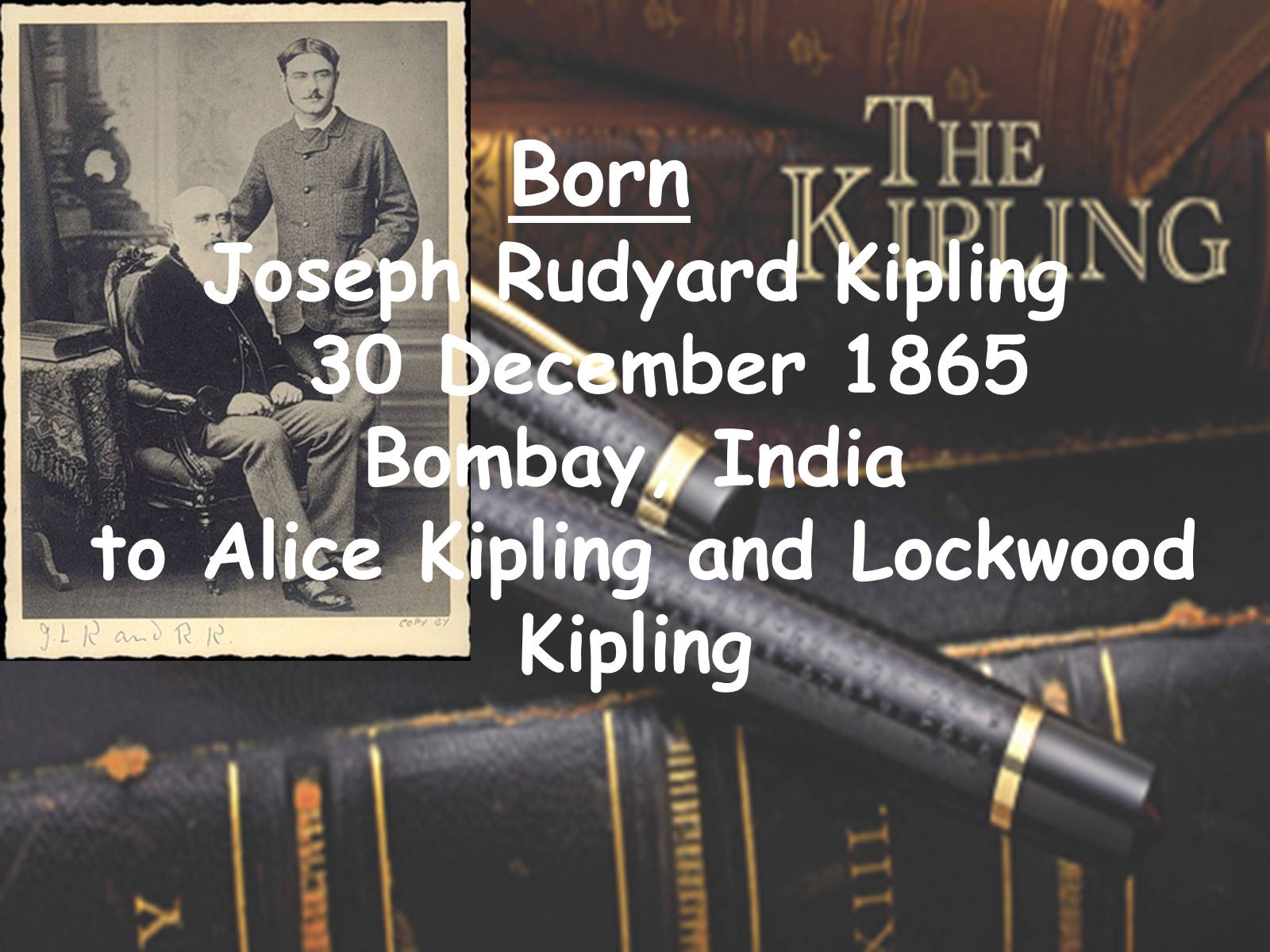 They are said to have met at Rudyard Lake in Staffordshire, England, hence Kipling's name 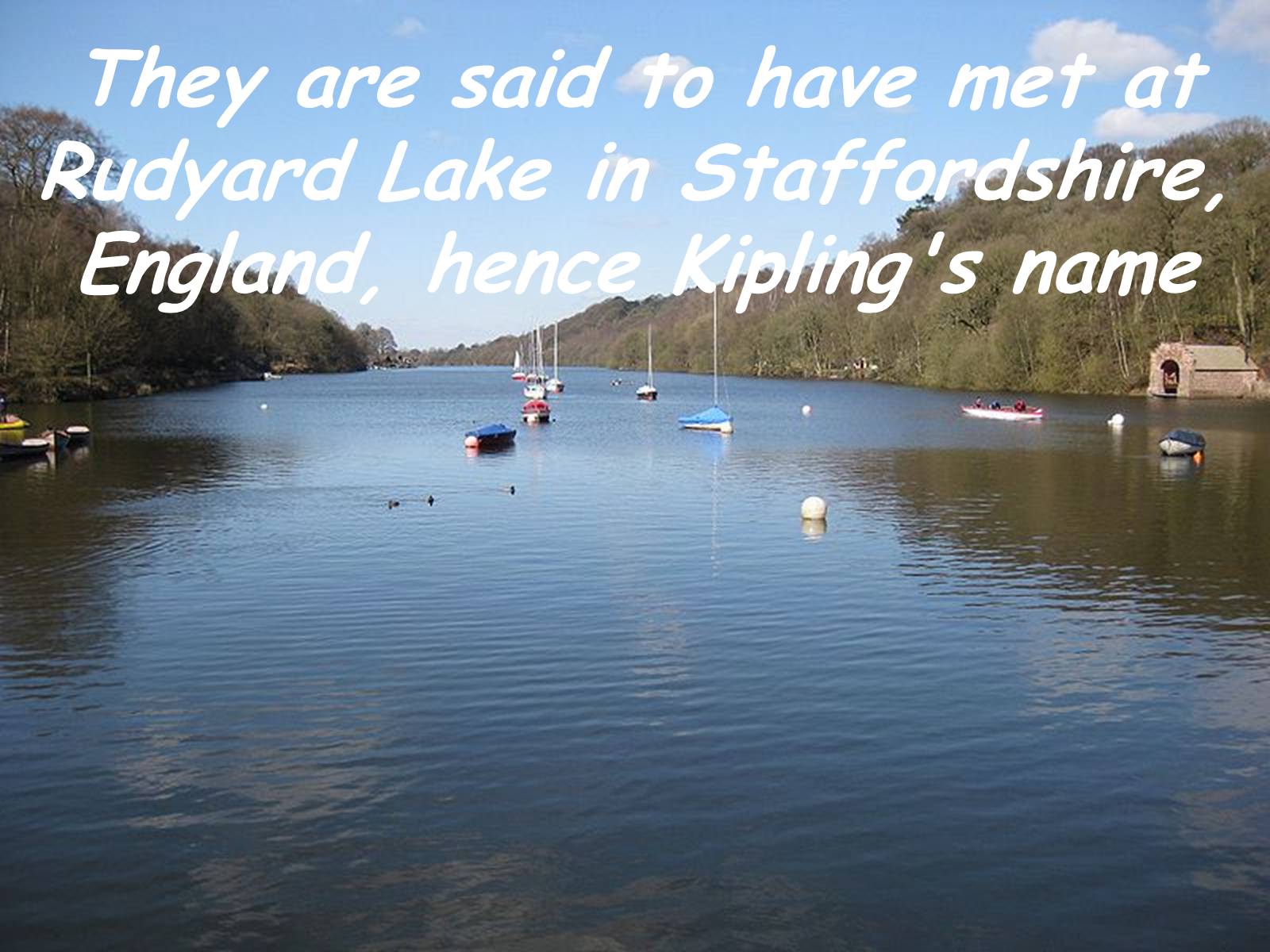 . From the ages of six to twelve young Kipling and his sister spent much time in England with their aunt and uncle , while his parents remained in India. At the age of 6 he went to boarding school, but Kipling was very unhappy there . He became ill and his mother took him to United Services College at Westward Ho, North Devon. By 1880, he returned to Lahore, (in modern-day Pakistan) India where he began writing as a sub-editor for "The Civil and Military Gazette". He was just seventeen and he began tentative steps into the world of poetry. 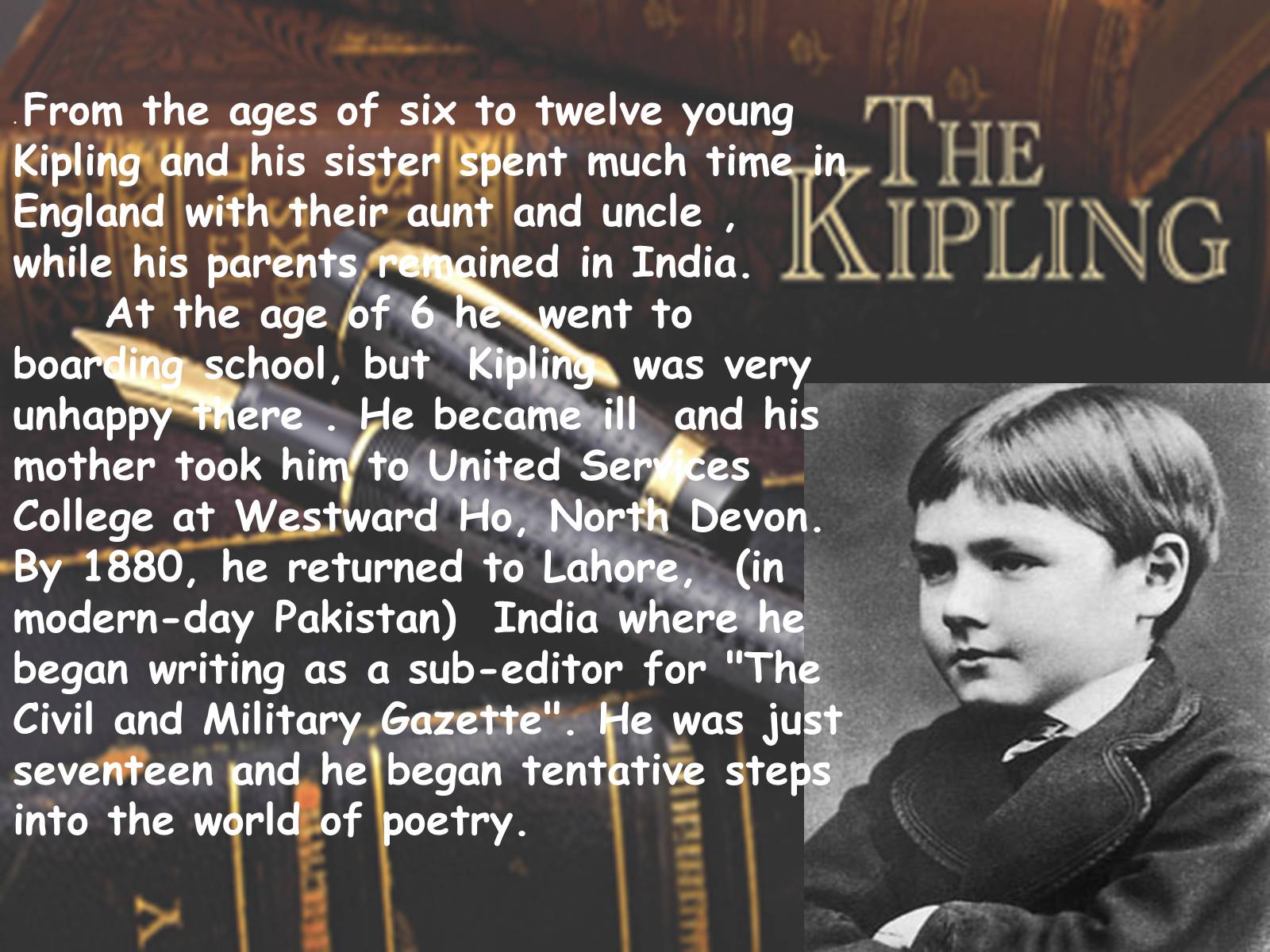 In 1892 he married Caroline Balestier, the daughter of an American lawyer and set up house with her in Vermont, the USA,where they lived for four years.His first two children, Josephine and Sussex, were born there. When they were little, he told them tales which he made up himself. Later he published these tales in “The Jungle Book “ and “The Second Jungle Book” , and children in many countries like them very much. Many people know his book about Mowgli, a little Indian boy, who lived in the jungle with the wolves. 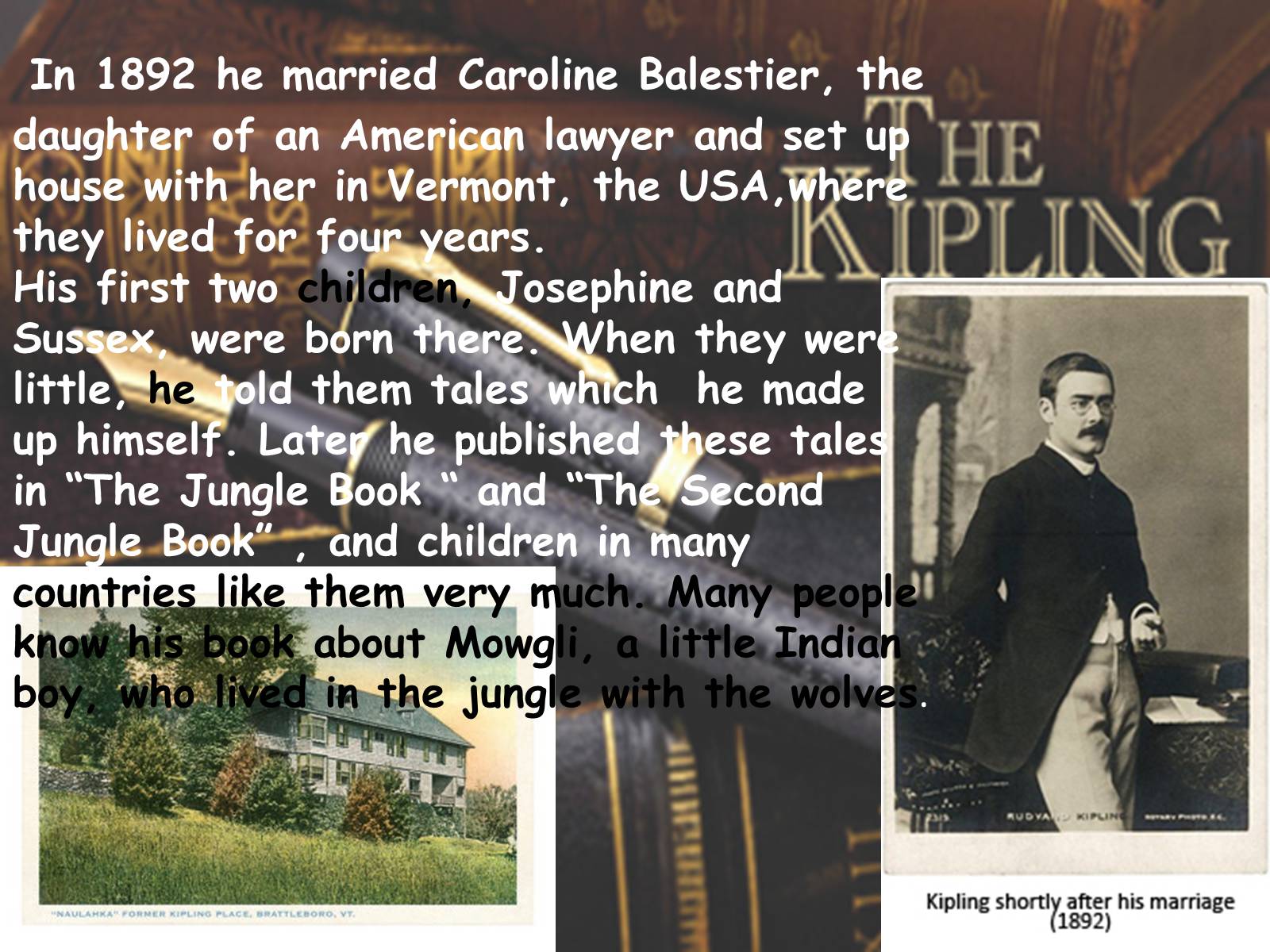 In 1902 his “Just so Stories for Little Children” were published. His fairy-tales from the book were rather unusual for the British literature of that period. One can find the influence of Lewis Carroll's “Alice in Wonderland” in Kipling's work. But this influence didn't prevent Kipling from creating absolutely new, unusual fairy-tales. The unusual effect of his tales is reached by the rhythm and the music of words. Those who were lucky to listen to Kipling reading his fairy-tales noted that they always sounded truthful. Besides, not only children but even adults were very fond of “Just so Stories”. Together with “The Jungle Book” it still enjoys great popularity. 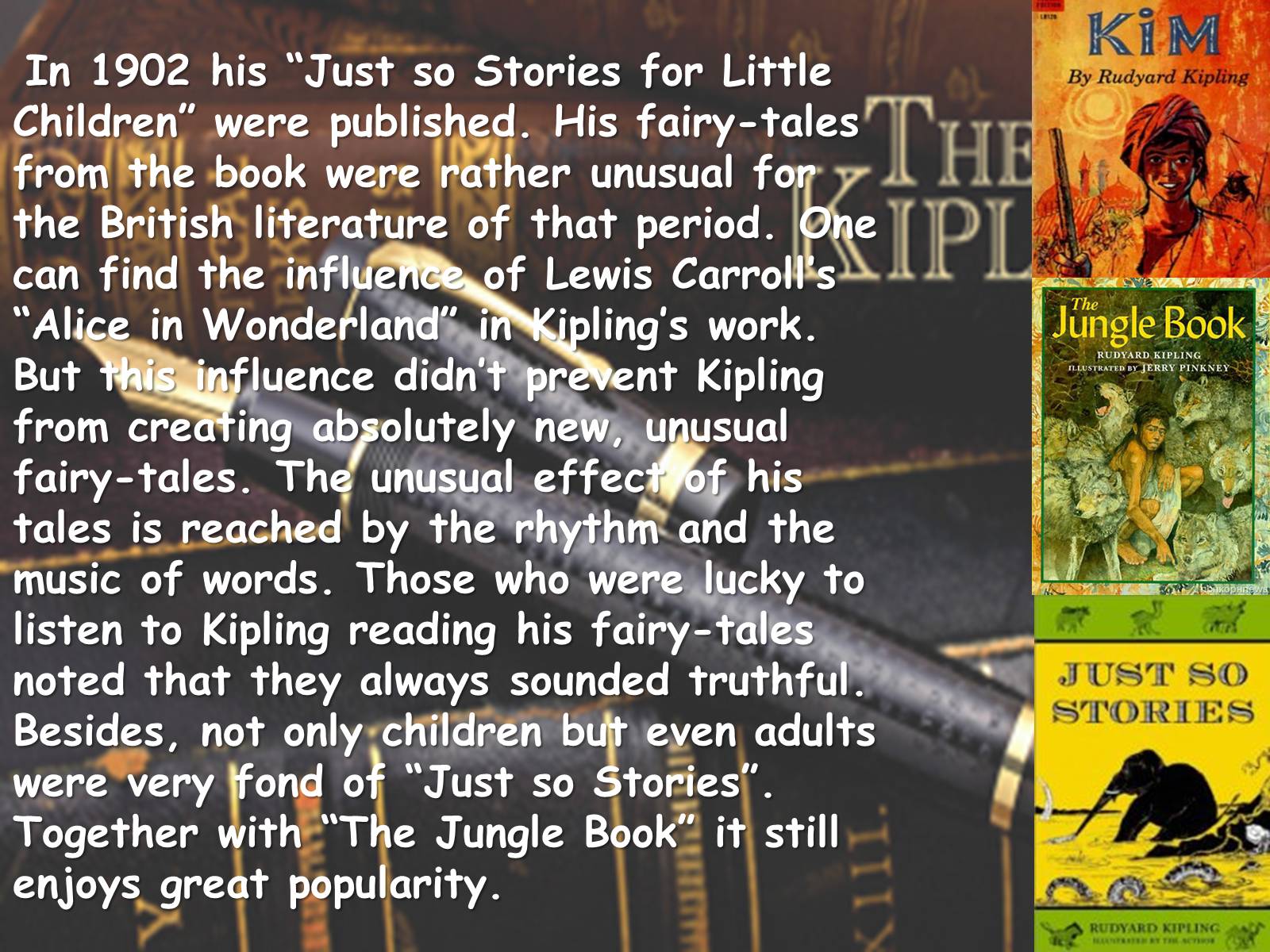 The New York Times reported a front-page story on his health. 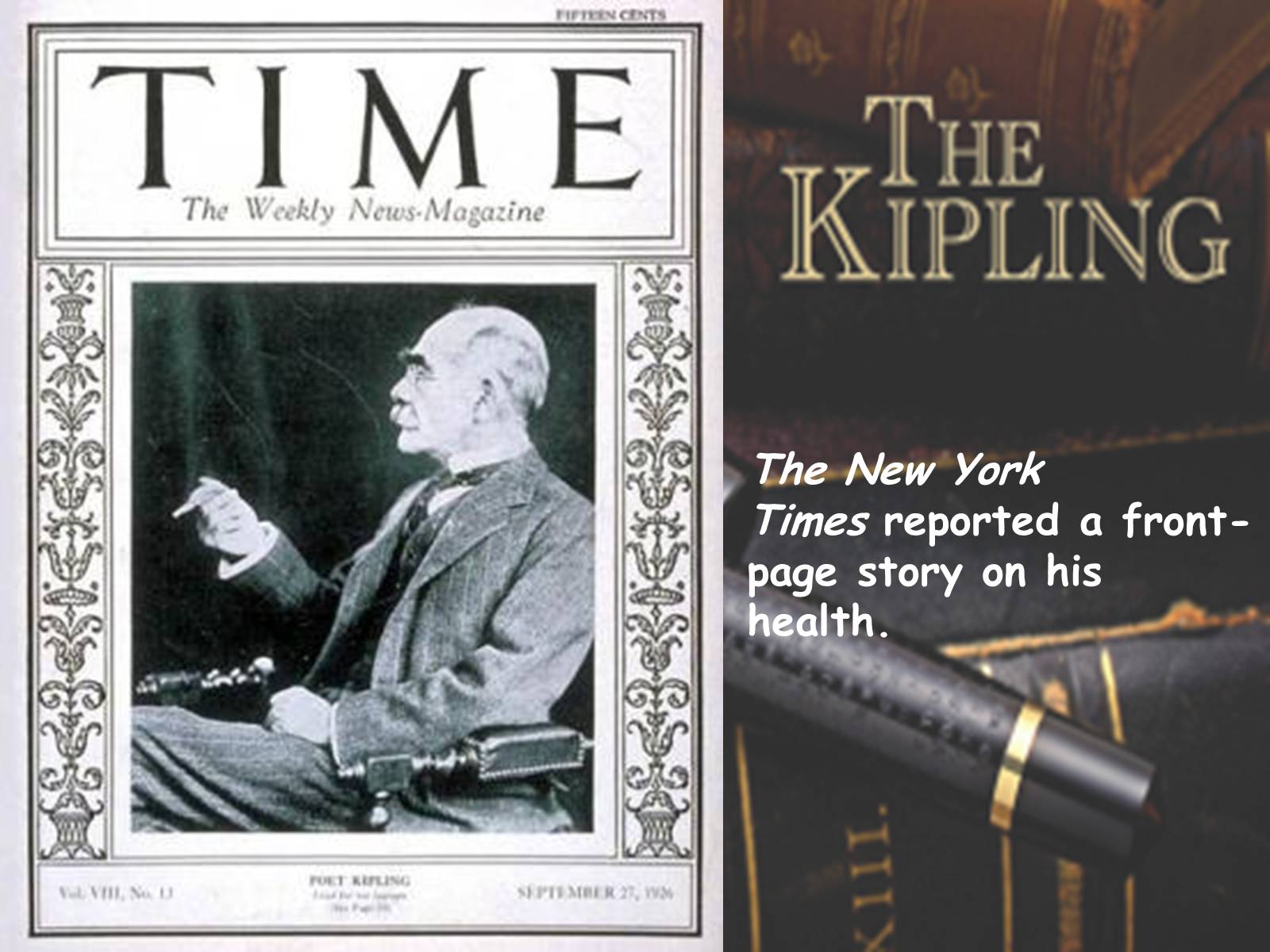 At the beginning of World War I, like many other writers, Kipling wrote pamphlets which enthusiastically supported the UK's Army. But Kipling's only son John died in 1915 at the Battle of Loos. Kipling's son's death inspired his poems about the war, for example his poem "My Boy Jack”. Partly because of this tragedy, Kipling joined Sir Fabian Ware's Imperial War Graves Commission. His chose the most significant of the biblical phrase "Their Name Liveth For Evermore" for the Stones of Remembrance and his suggested the phrase "Known unto God" for the gravestones of unknown soldiers. 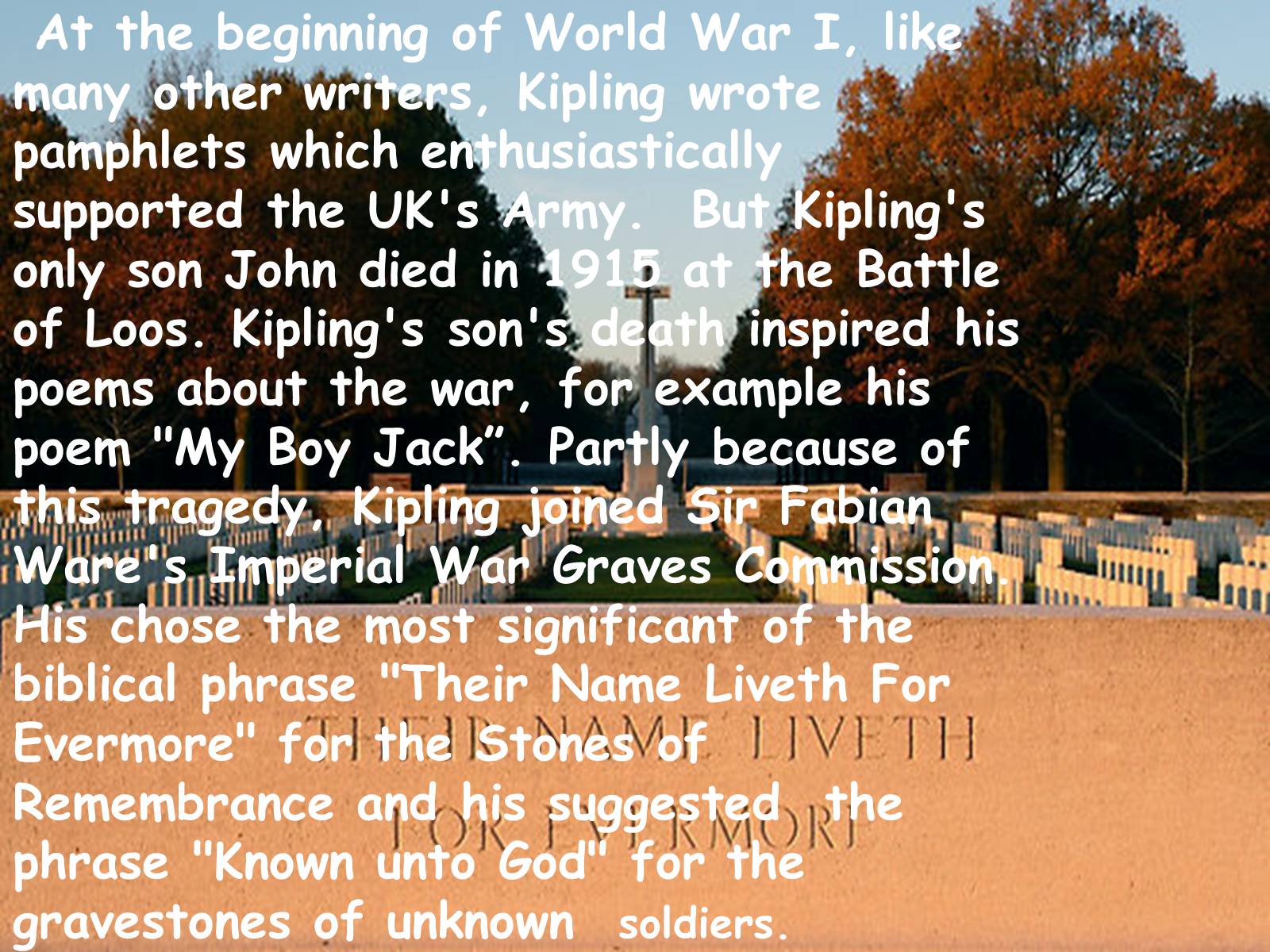 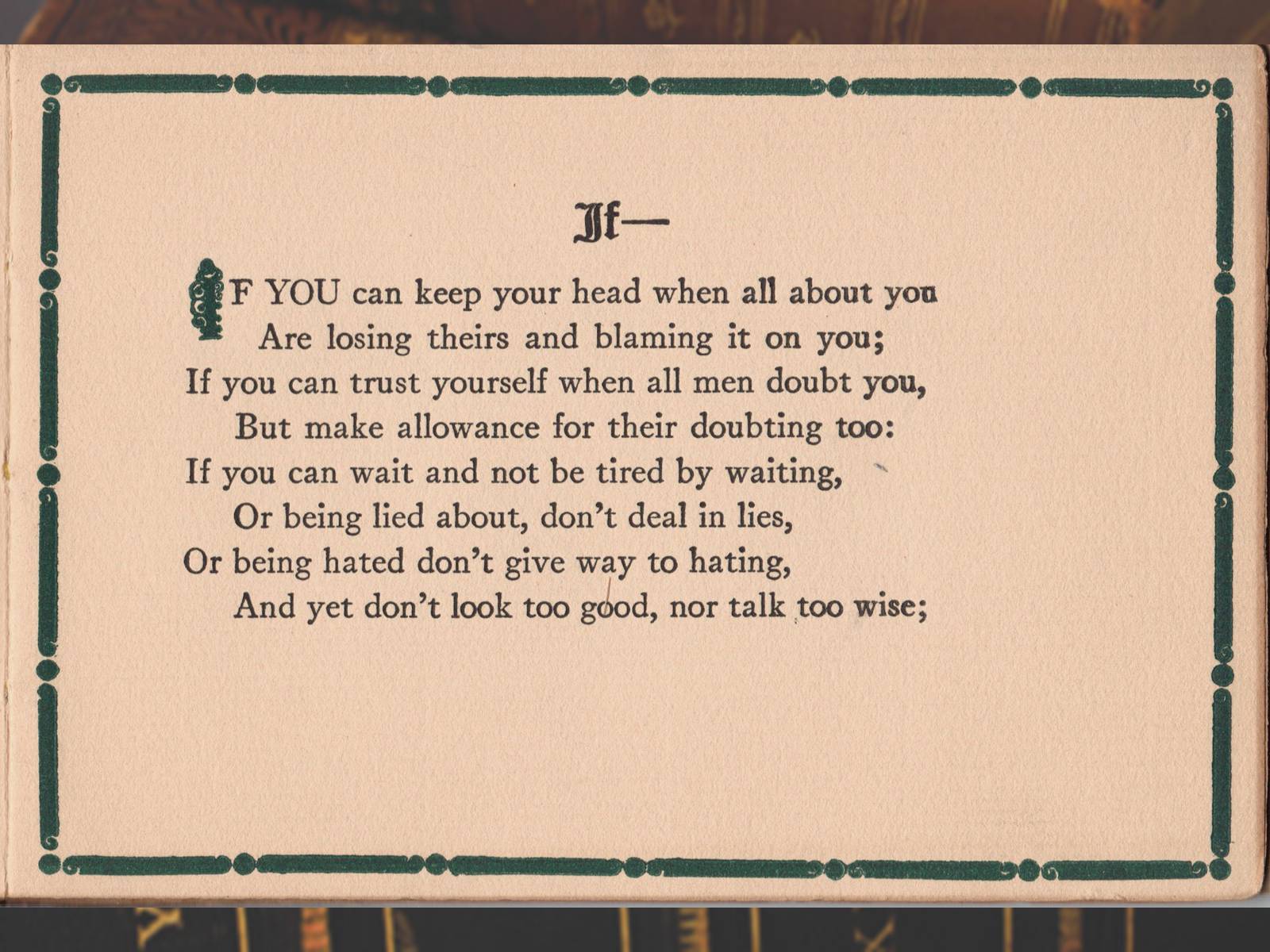 In 1907 he received the first Nobel Prize in literature given to an author writing in the English language .Kipling became Lord Rector of St Andrews University in Scotland. Kipling kept writing until the early 1930s, but with much less success than before.

1.How many serving men in the work of Kipling?
2.What are their names? 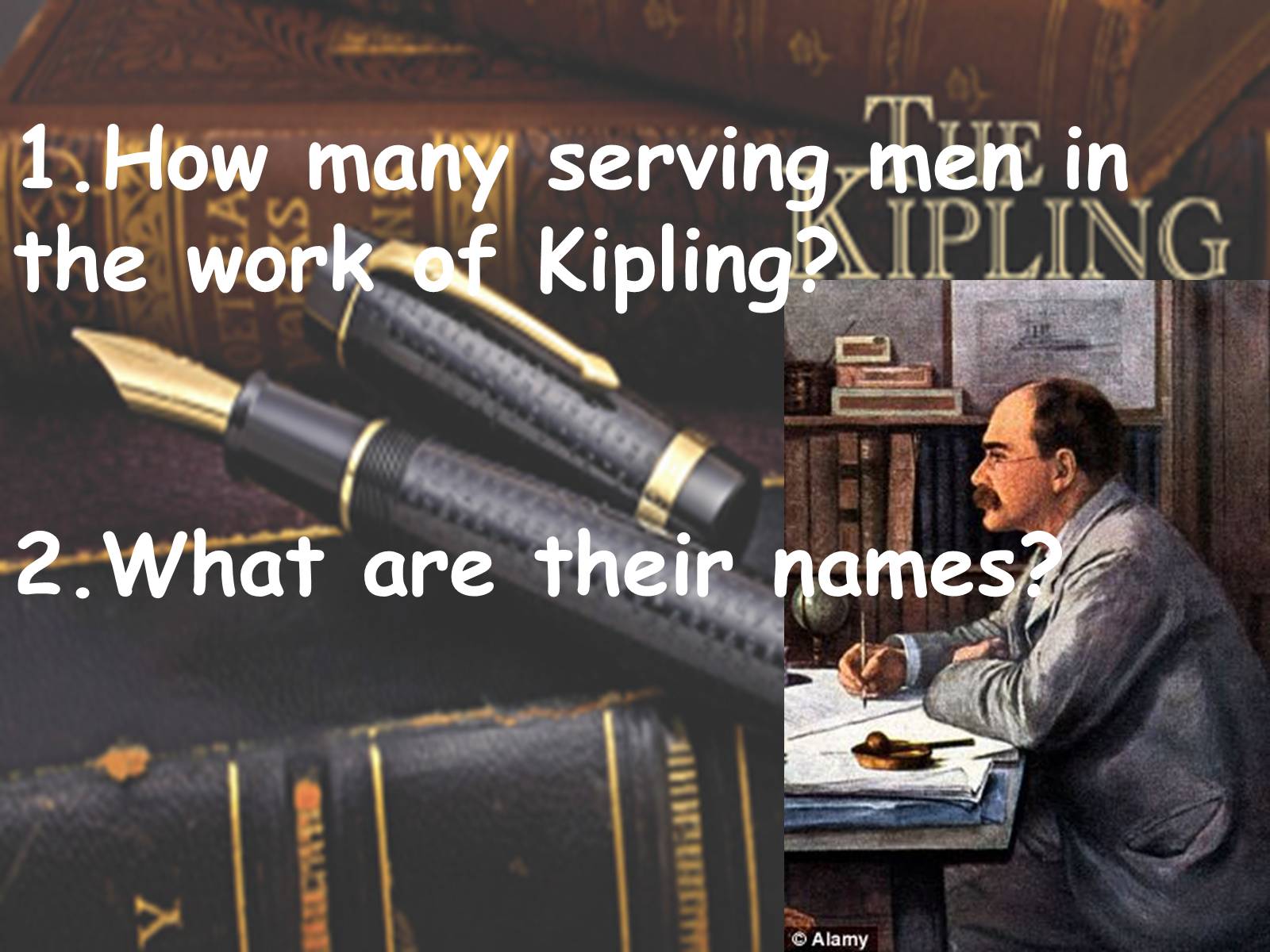 3.What tales he wrote for children?
4.Which of them are the most famous? 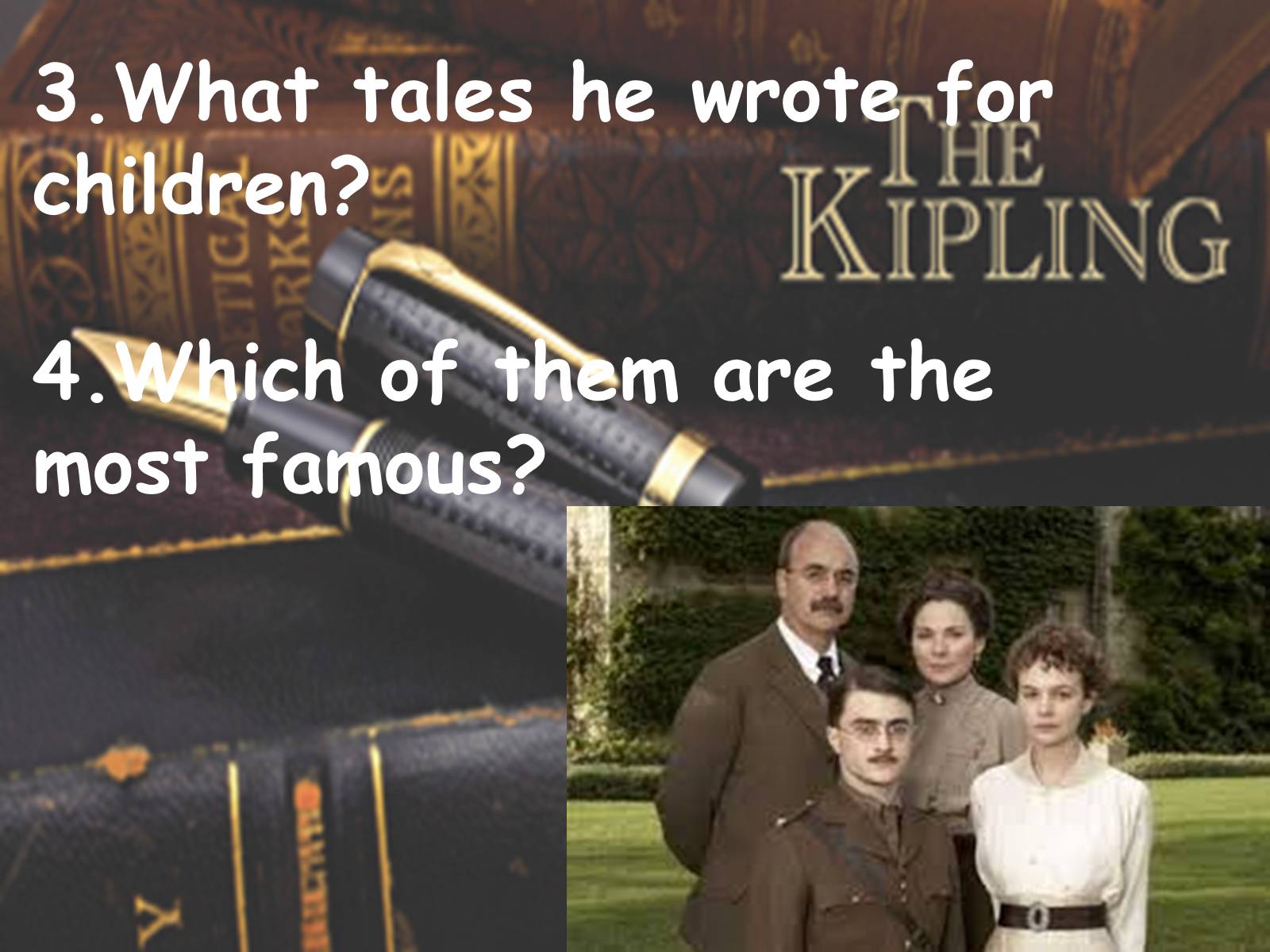 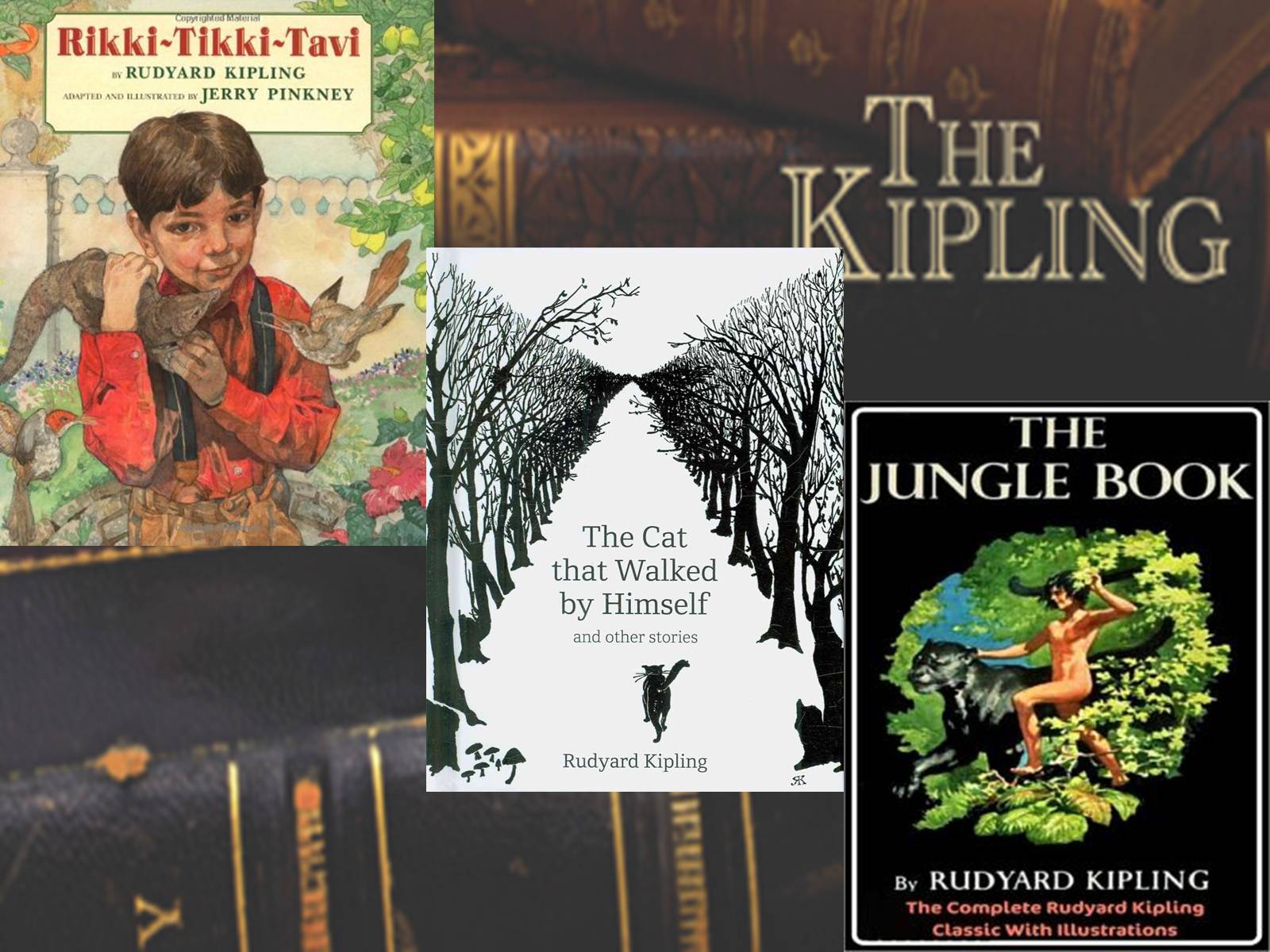 5.What city Kipling was born?
6.Which country he wrote «Kim» ? 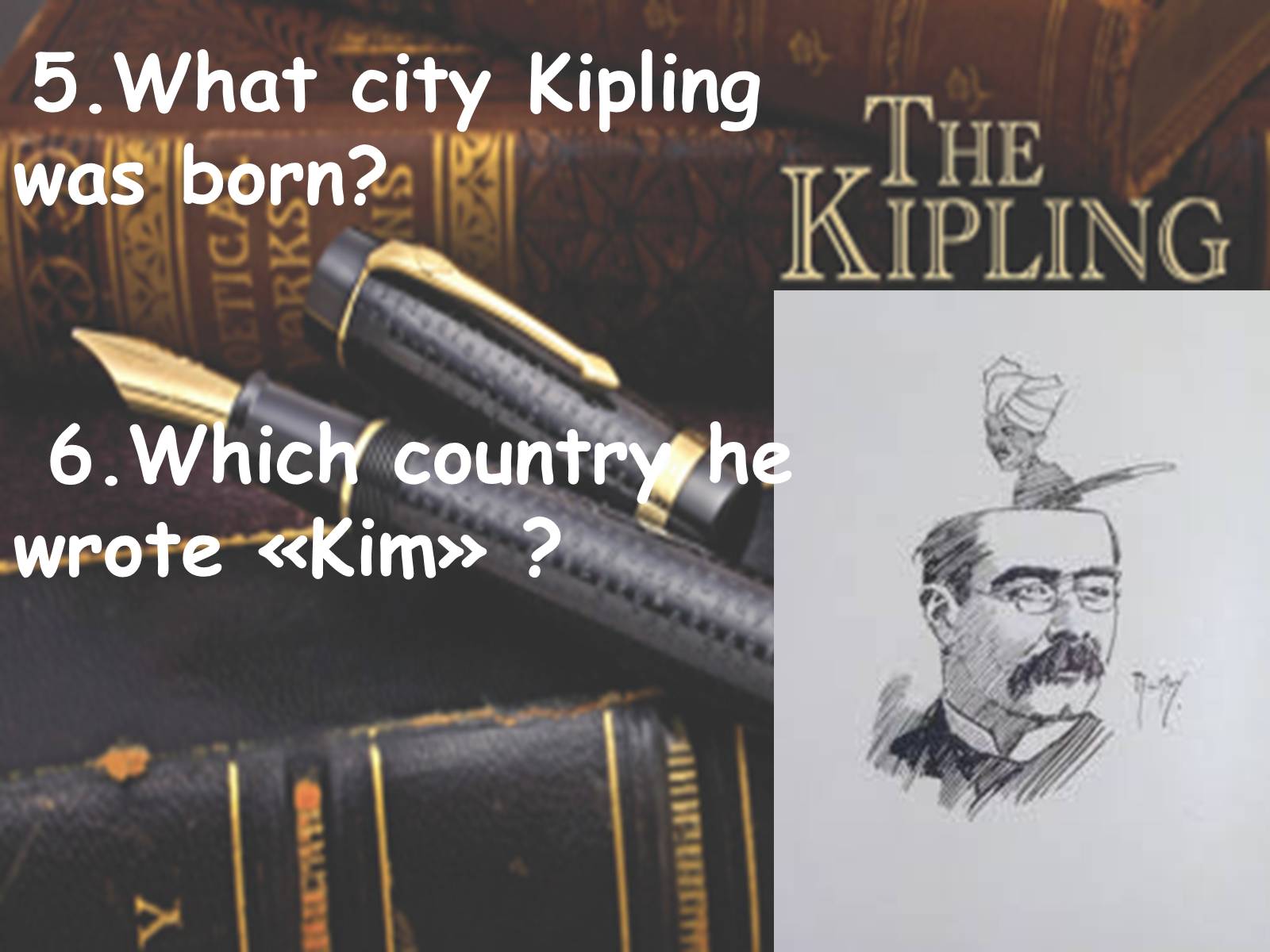 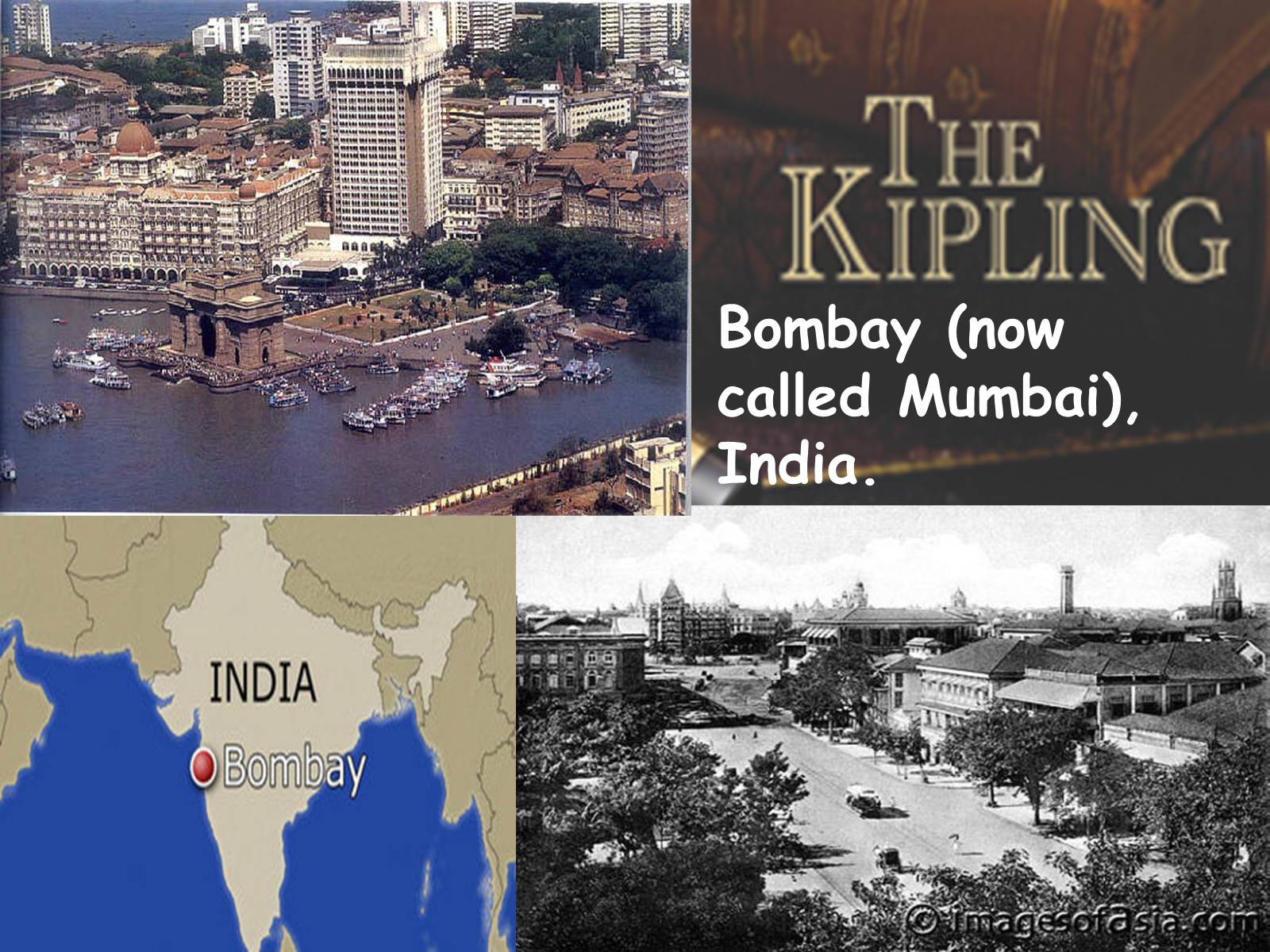 Kipling often himself drew illustrations for his stories. Mowgli, how R. Kipling saw him. 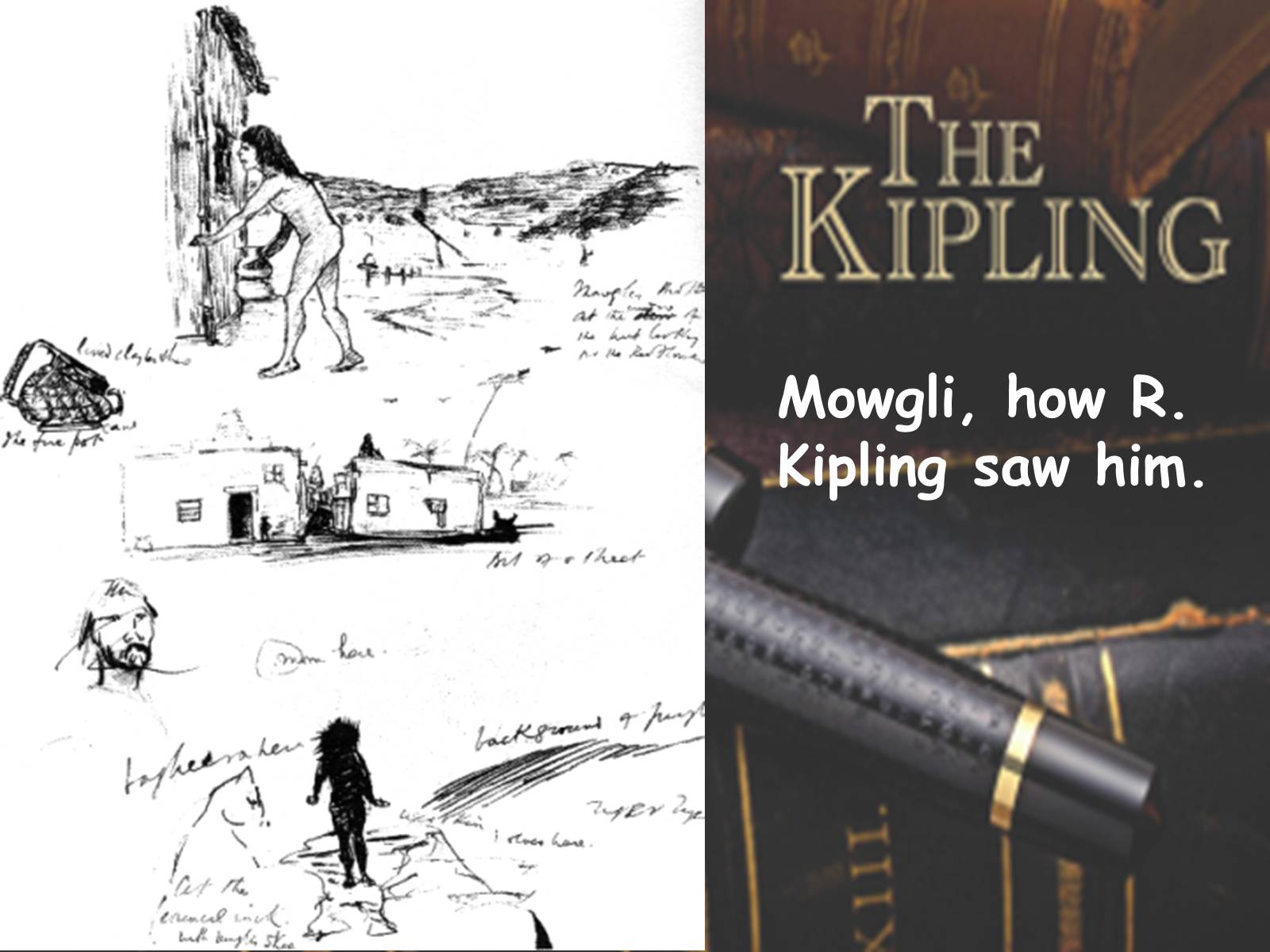 Personal Quotes
Our England is a garden .
He travels fastest who travels alone.
Every one is more or less mad on one point.
The silliest woman can manage a clever man;
but it needs a very clever woman to manage a fool.
Oh East is East and West is West and never the twain shall meet.
I keep six honest serving men (they taught me all I knew); their names are What and Why and When and How and Where and Who.
Most amusements only mean trying to win another person's money.
One of the hardest things to realize, especially for a young man, is that our forefathers were living men who really knew something. 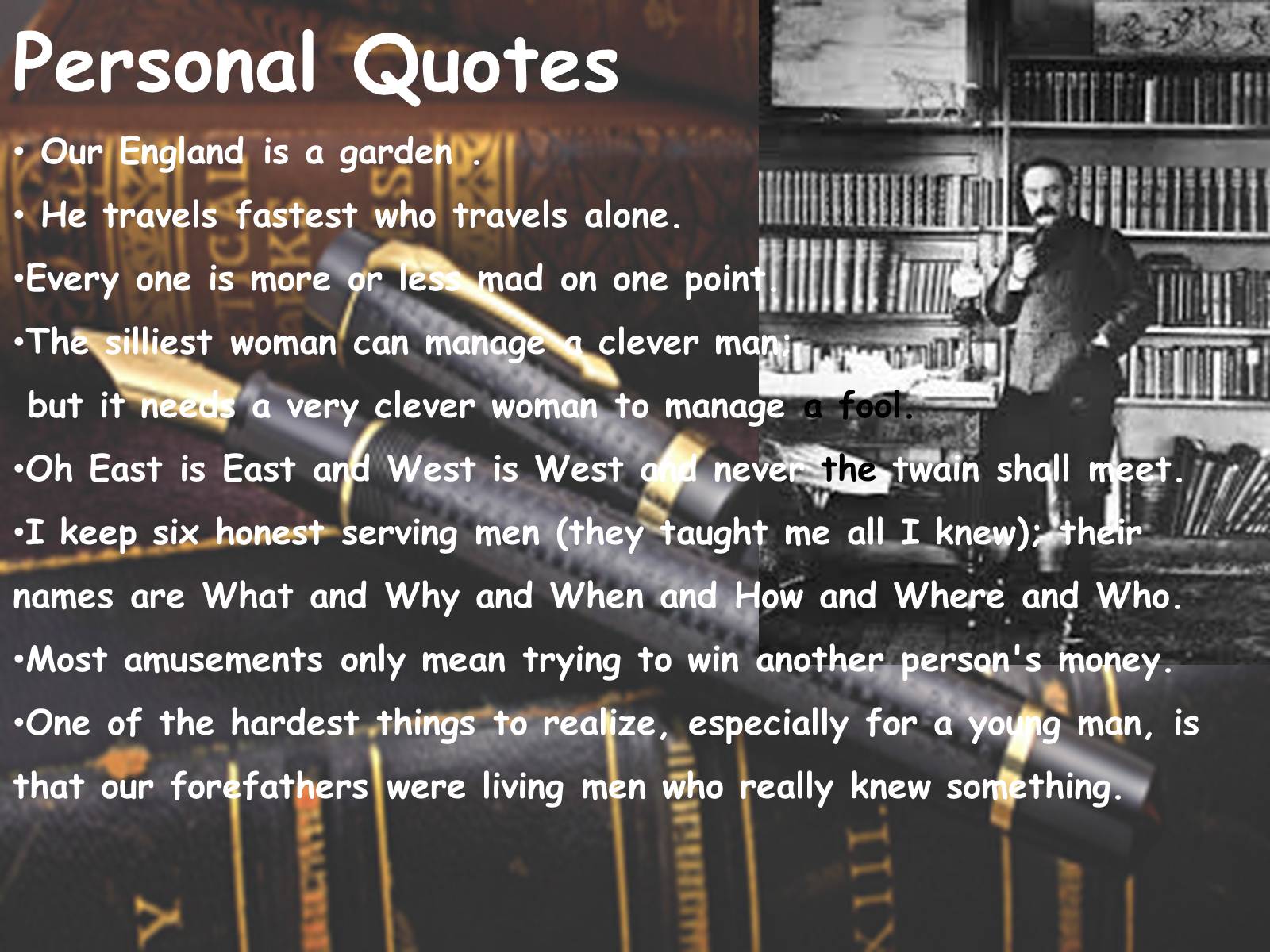 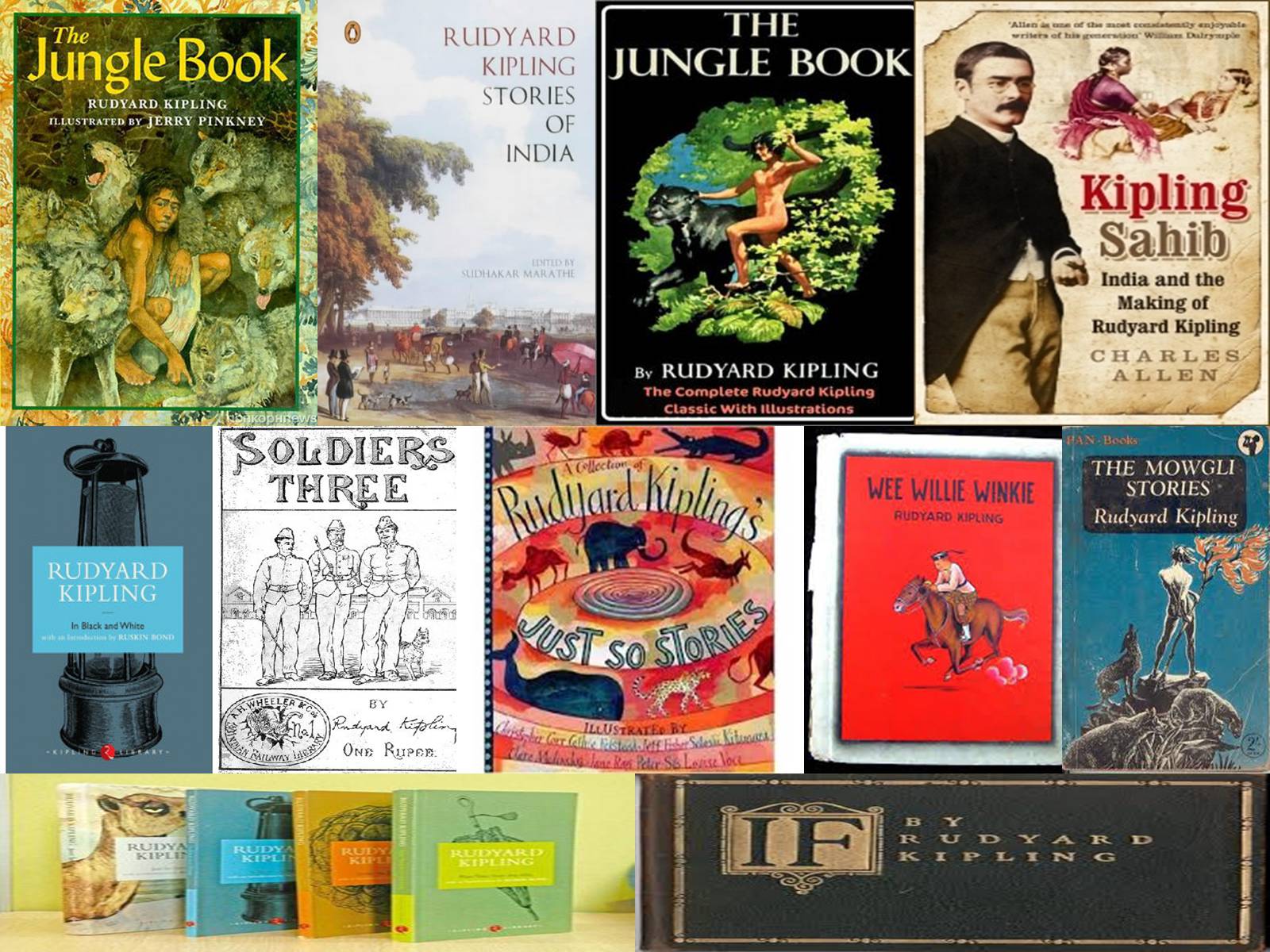 He died on 18 January 1936, at the age of 70 . Rudyard Kipling was cremated at Golders Green Crematorium and his ashes were buried in Poets' Corner, part of the South Transept of Westminster Abbey, where many distinguished literary people are buried or commemorated 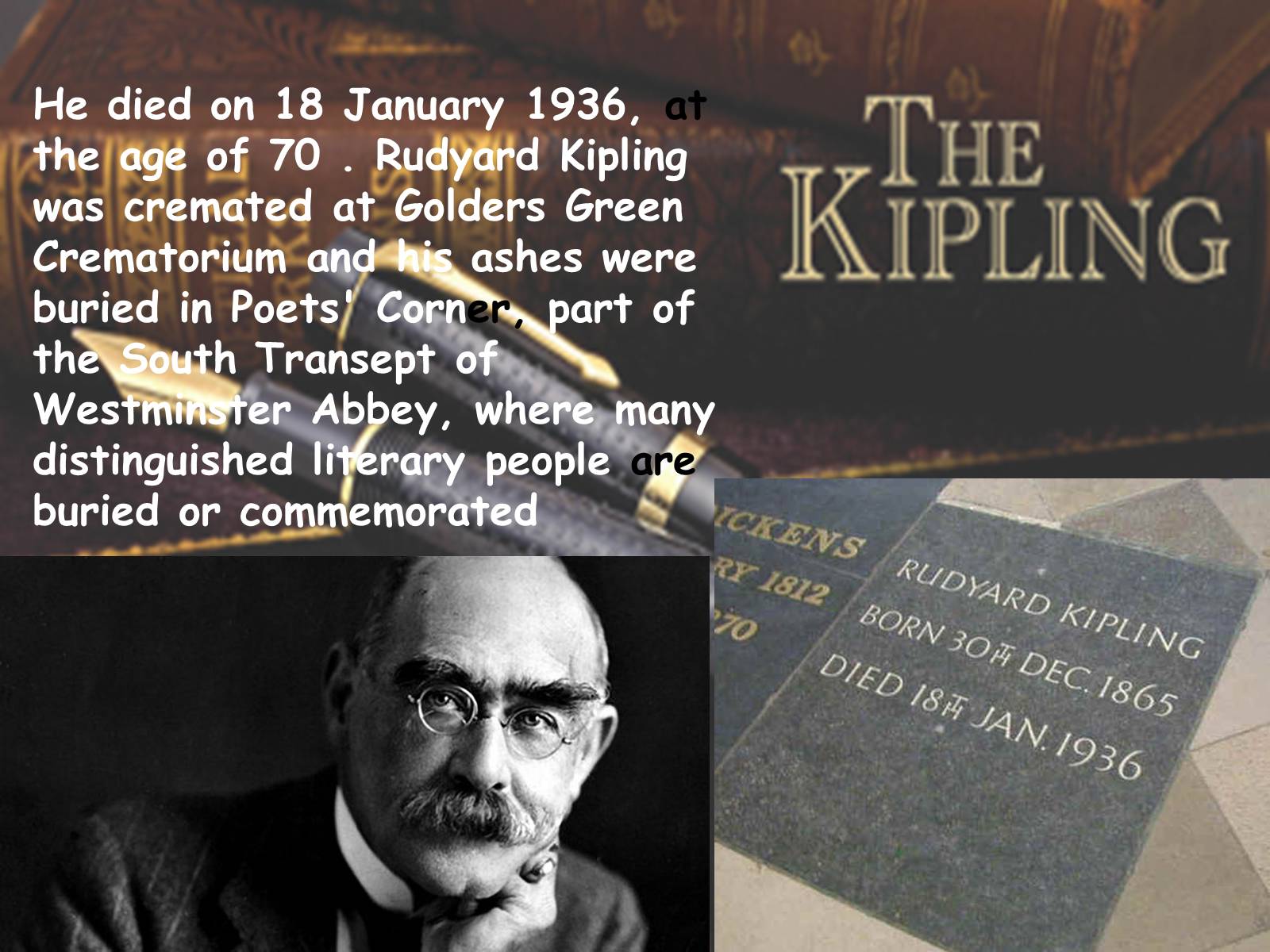 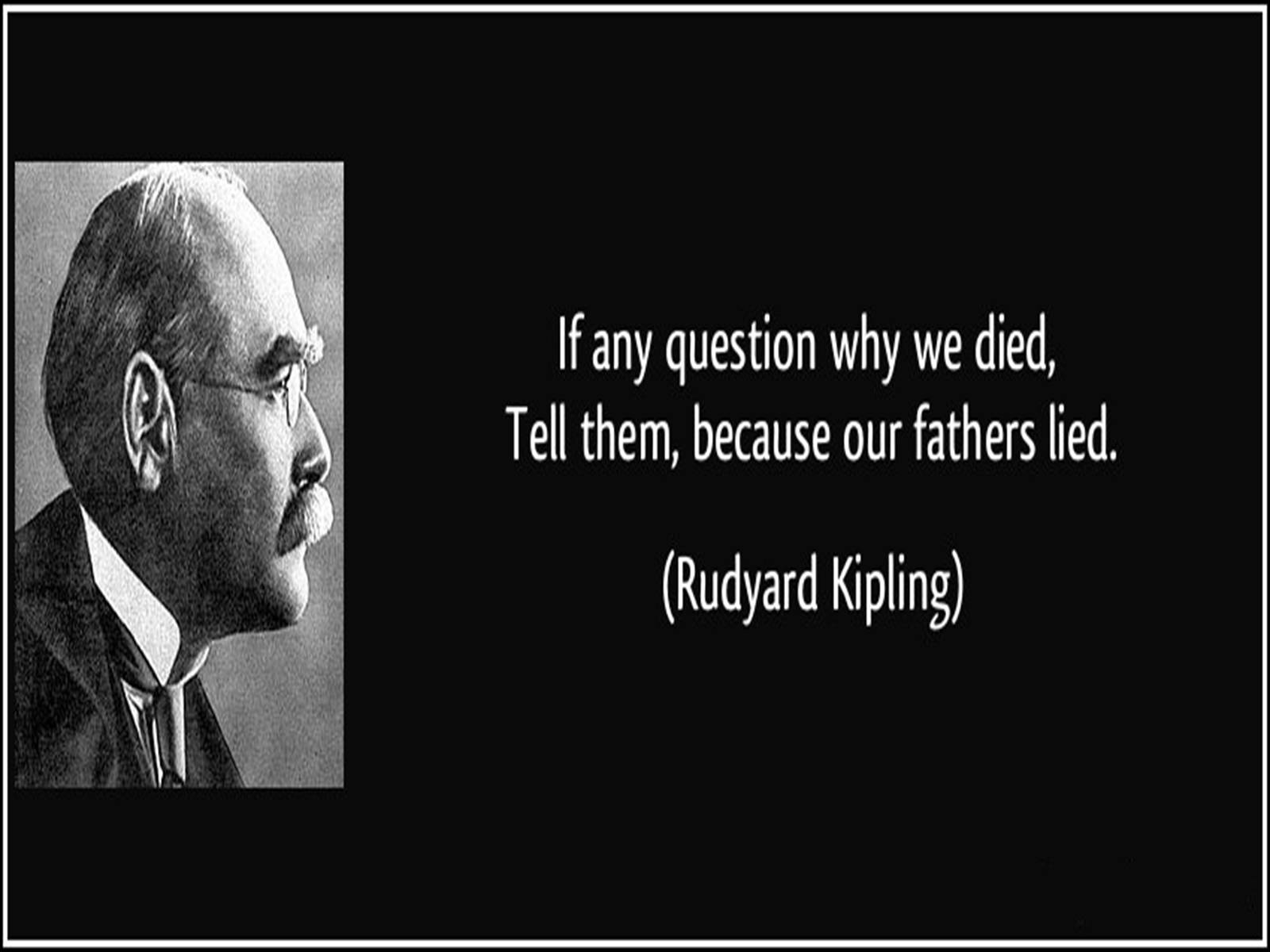