*The National Art Museum of Ukraine-is a museum dedicated to Ukrainian art in Kiev, Ukraine.
NATIONAL MUSEUM OF ARTS OF UKRAINE 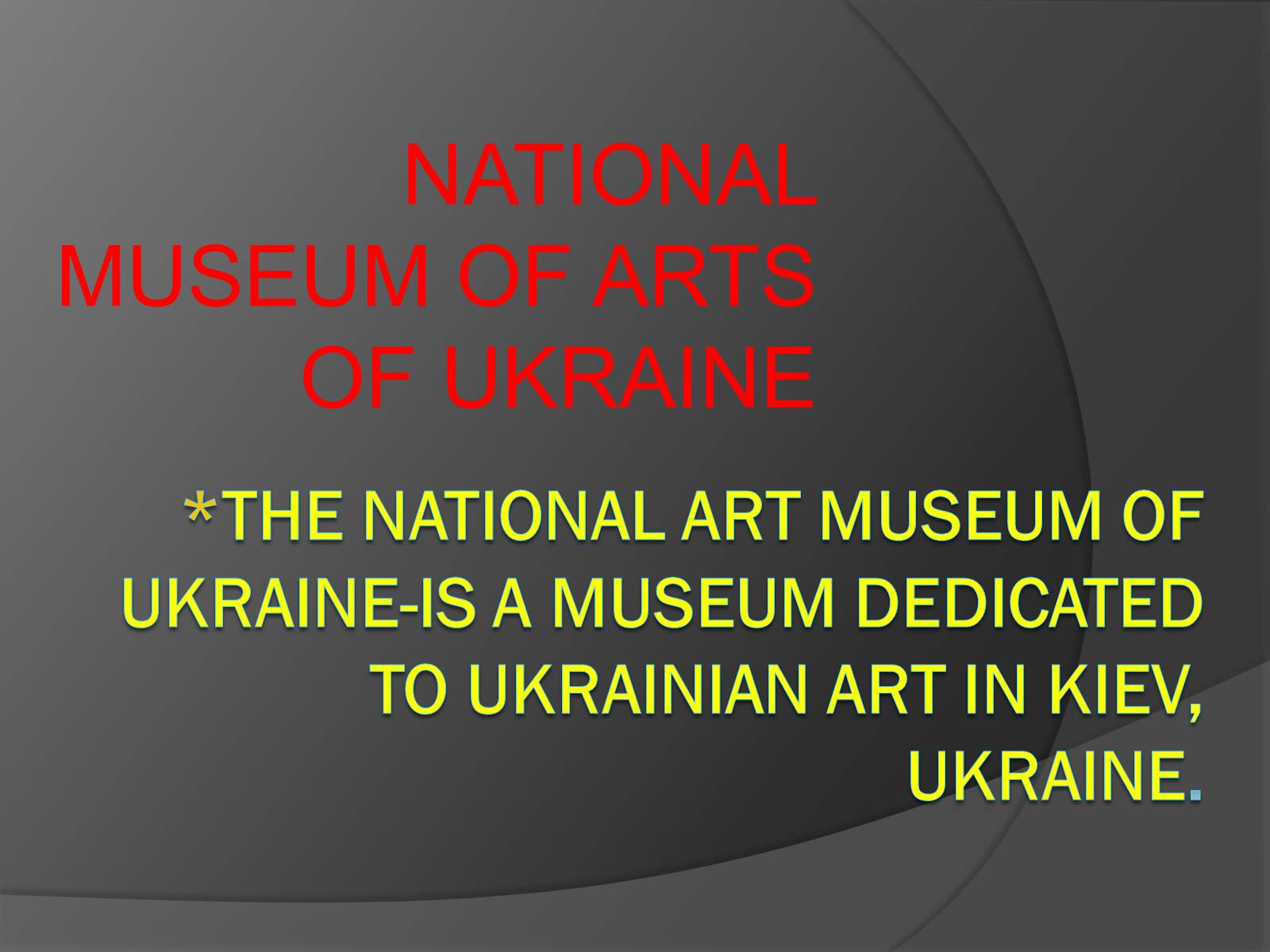 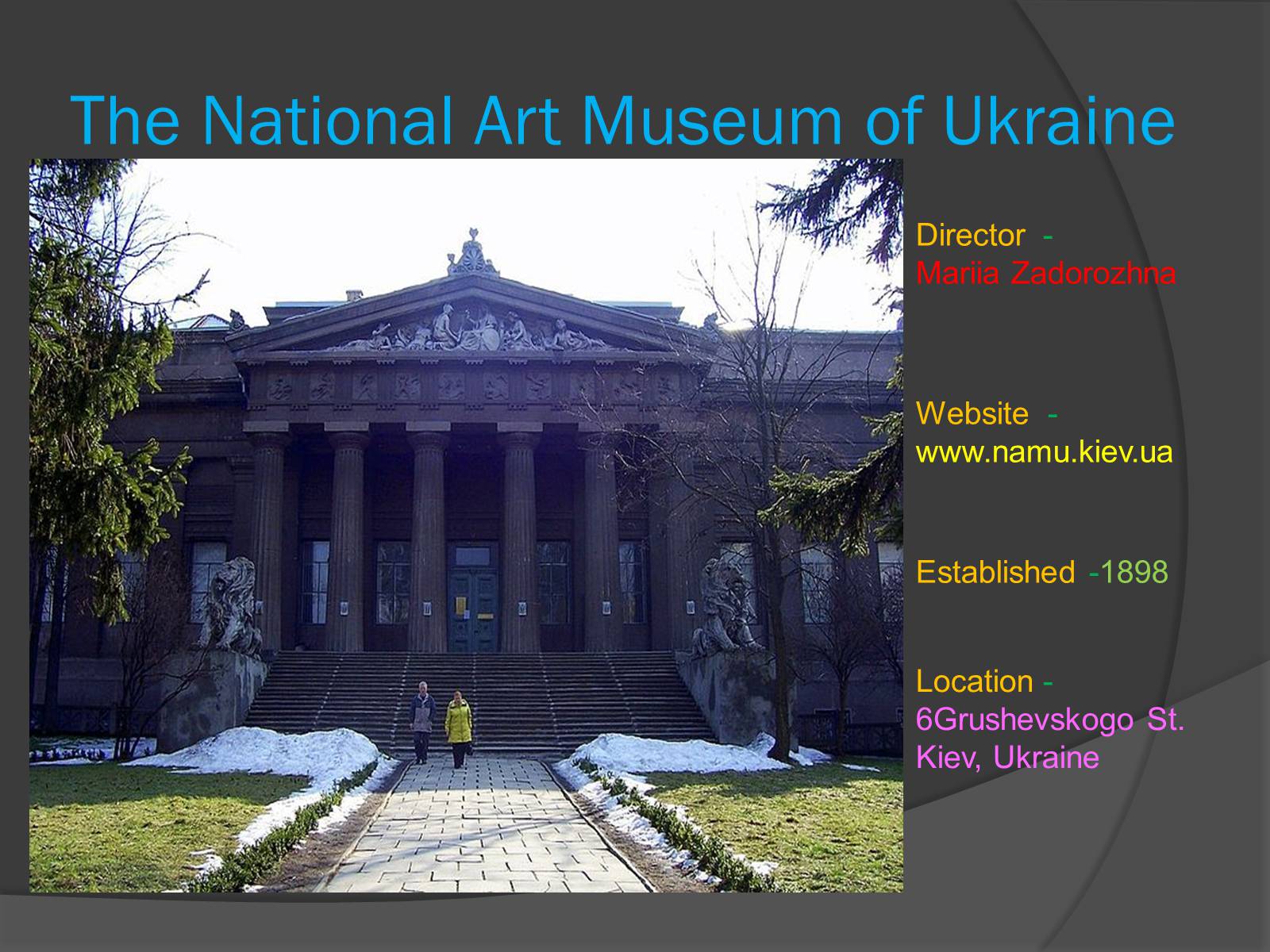 *Constructed in 1898, by architect Vladislav Gorodetsky, the building was originally designed as the museum for the local society. *The facade of the building conveys a classic architecture form - precise reproduction of a six-column porch of Doric order with entablature, triglyphs, metopes and frieze decoration depicting the Triumph of Arts.*The architectural composition featuring figures of gryphons and large concrete lions at the top of the stairs were created by an Italian sculptor, Emilio Sala.
Architecture 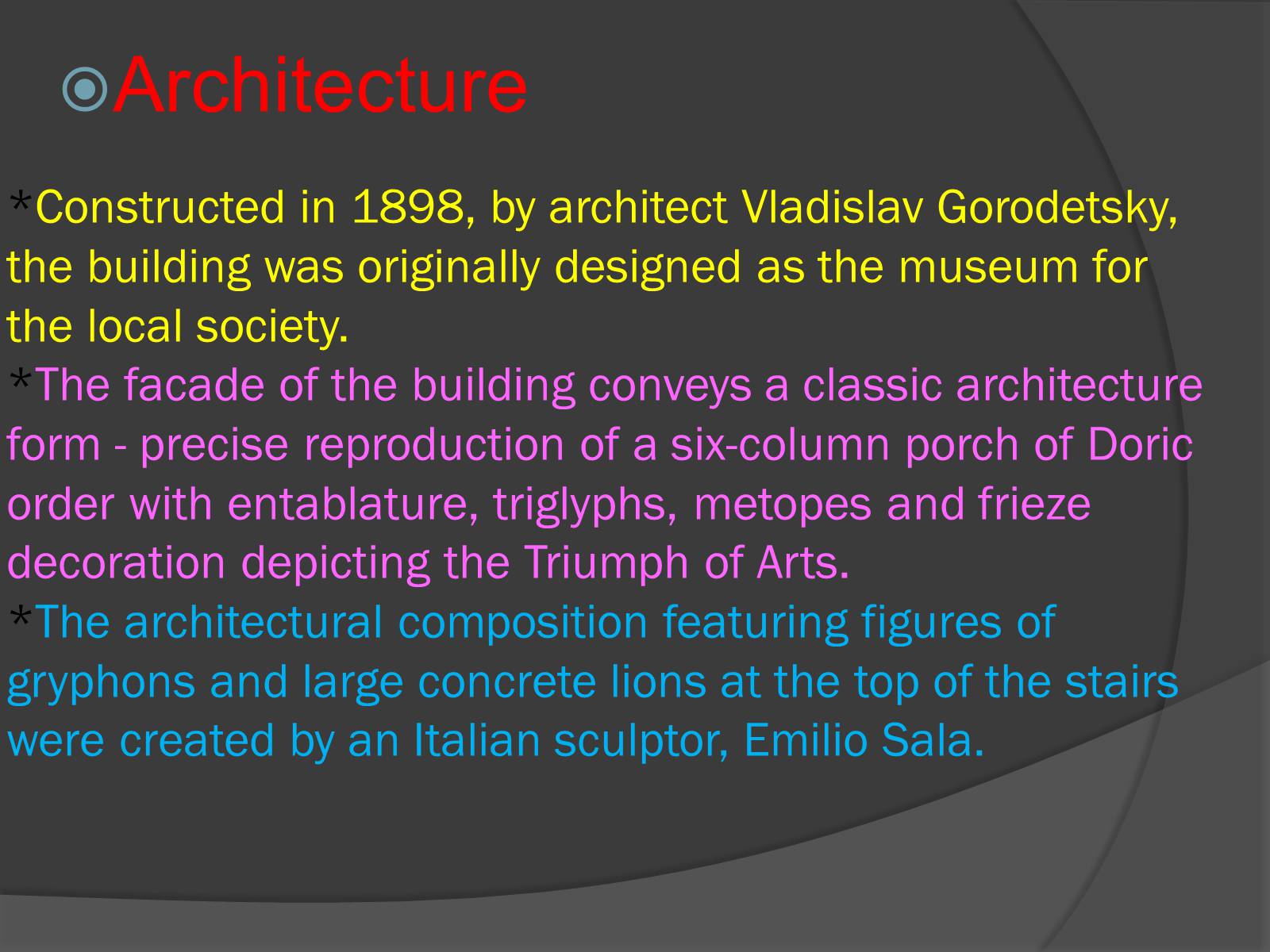 History
Originally called the Kiev City Museum of Antiques and Art, the founders set out to put together a collection of pieces representative of Ukrainian fine art. Ranging from medieval icons to portraits of military and church leaders during Cossack times, some depicting caricatures of Mamay. Present time famous artist works included those of Taras Shevchenko, Ilya Yefimovich Repin, Vladimir Borovikovsky, Vasily Andreevich Tropinin, Mykola Pimonenko, Mikhail Vrubel, Nikolai Ge, and Oleksandr Murashko among many others.
After World War I, the museum also served as the Museum of History.
After World War II the museum changed its name and its focus back to art.
After Ukrainian independence, the museum reached the status of a major international institution. For the first time, its collections traveled outside of the country and were exhibited in The Netherlands, Canada, France, Denmark, and Croatia. 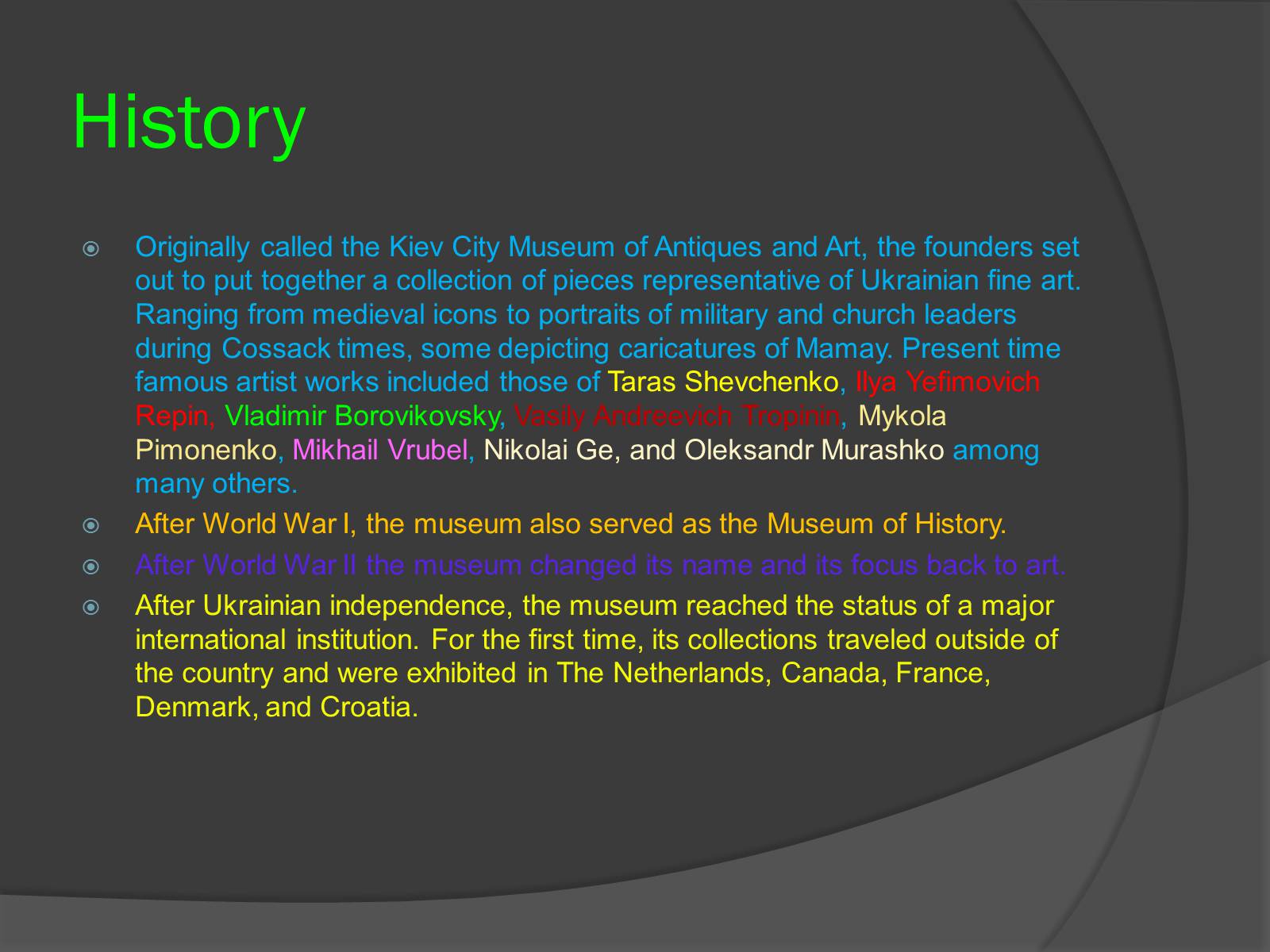 The competitive project presented by the Museum of Antiquities and Arts. The main facade, 1898. 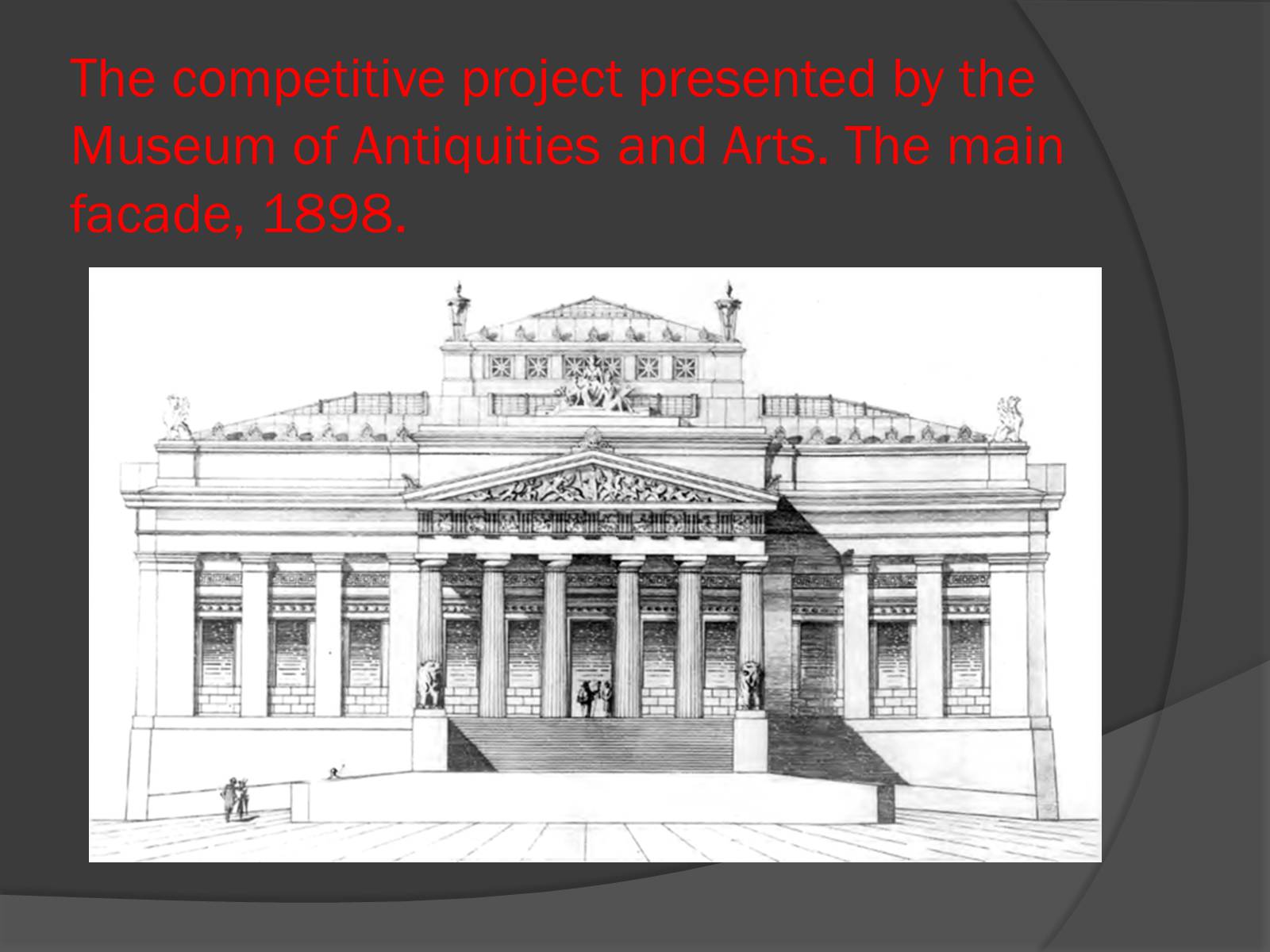 Current exhibition
Today, the museum continues to expand its collection. Some new additions include a unique icon relief of St. George.
The current exhibition includes over 20 thousand pieces. Among many are works by a Alexander Bogomazov and Vasiliy Yermiloаv.
The Ukrainian side is represented by works of famous Ukrainian and Russian artists such as David Burliuk, Aleksandra Ekster, Vadim Meller, Kliment Red'ko, Solomon Nikritin, Victor Palmov and many other. 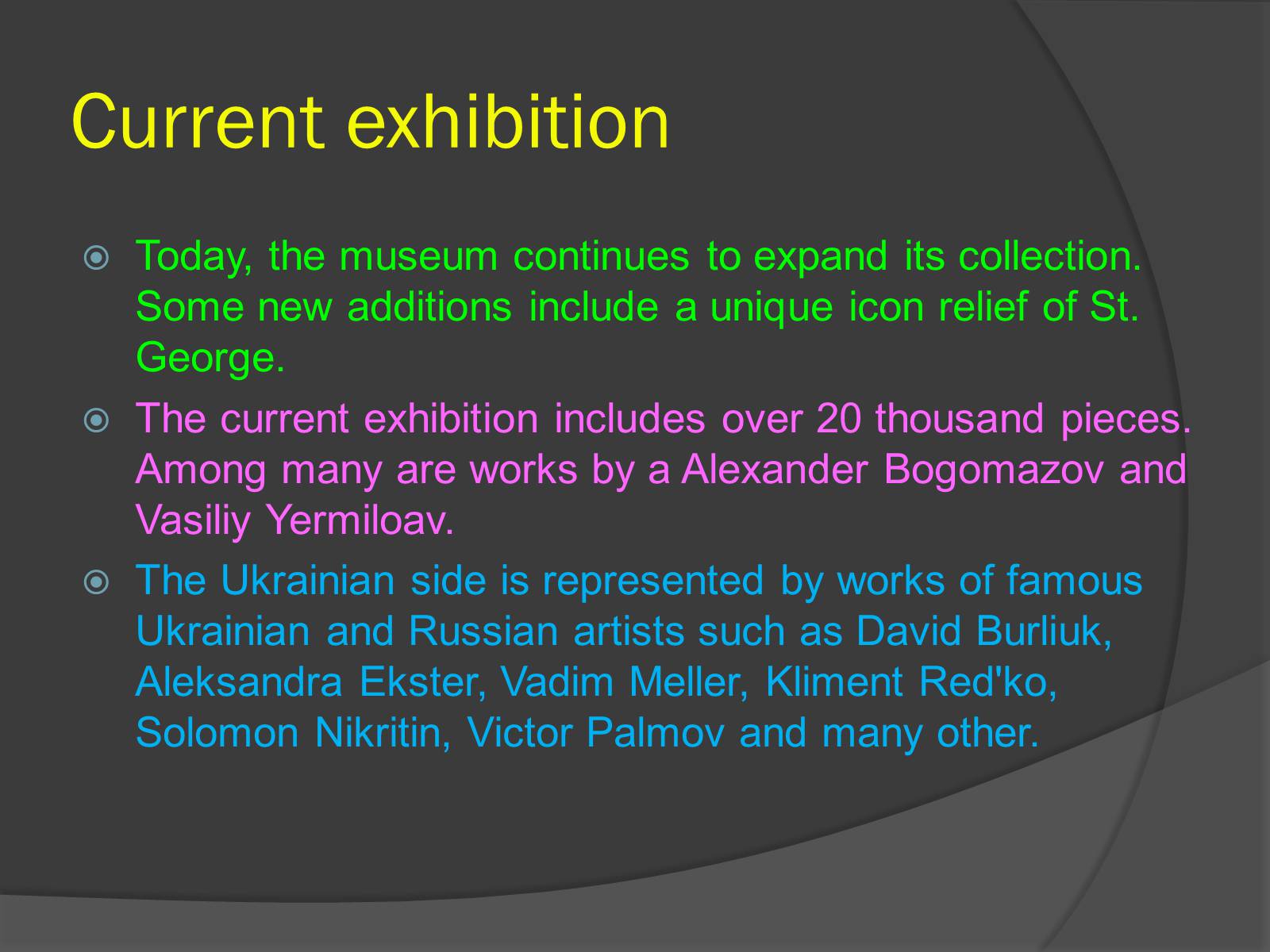 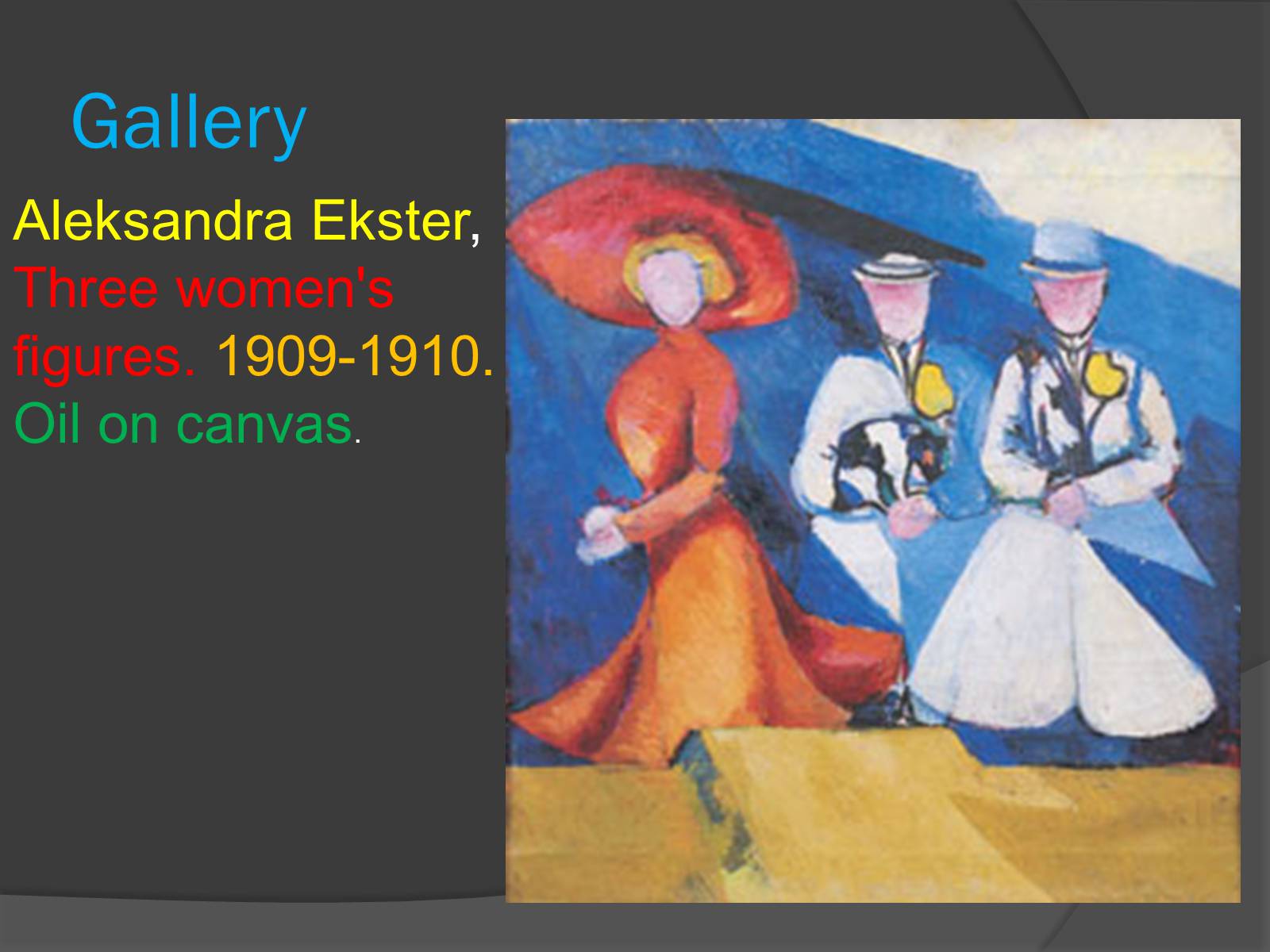 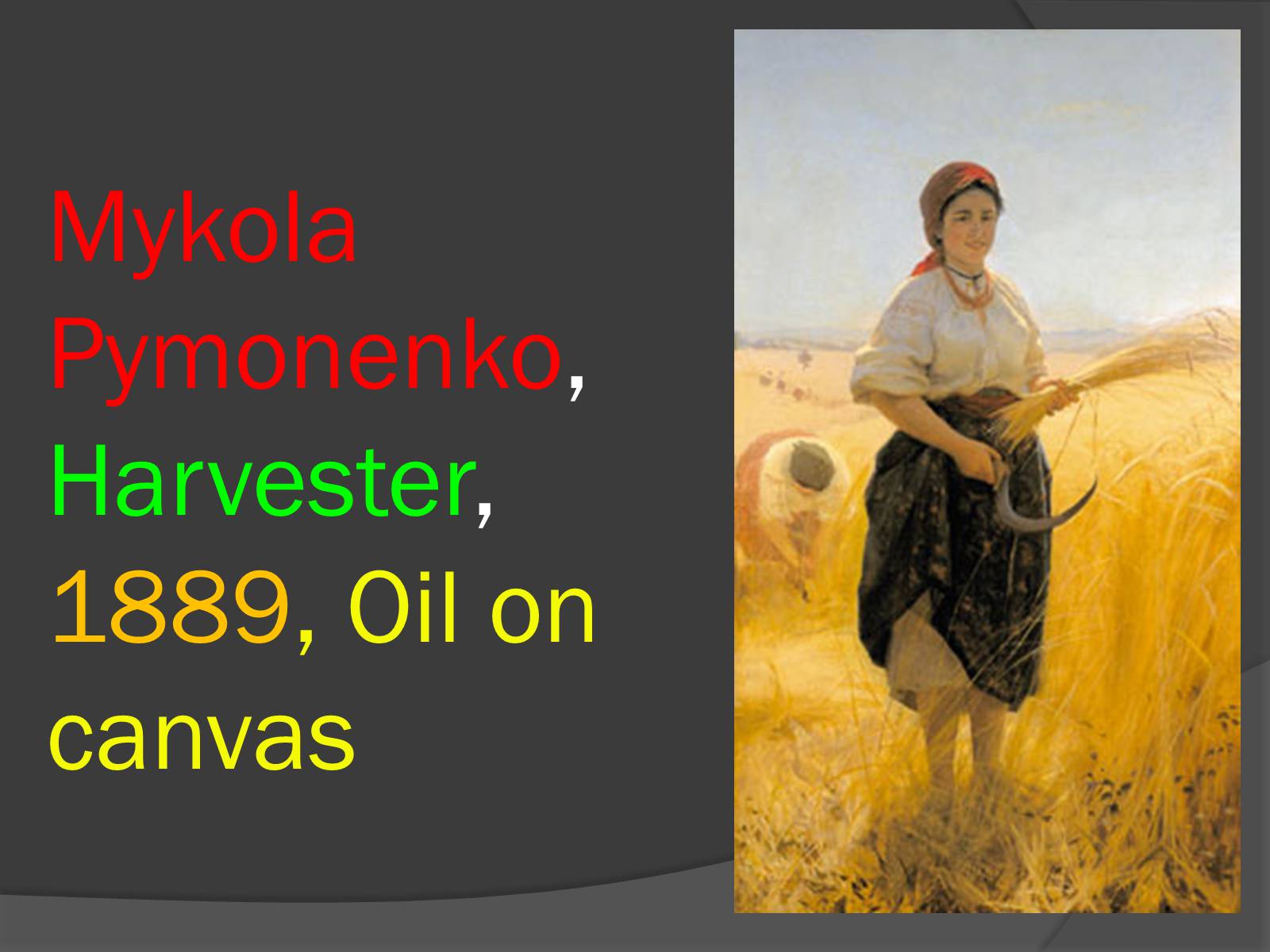 Cossack the bandura-player by an anonymous folk artist. Oil on canvas. 19th century. 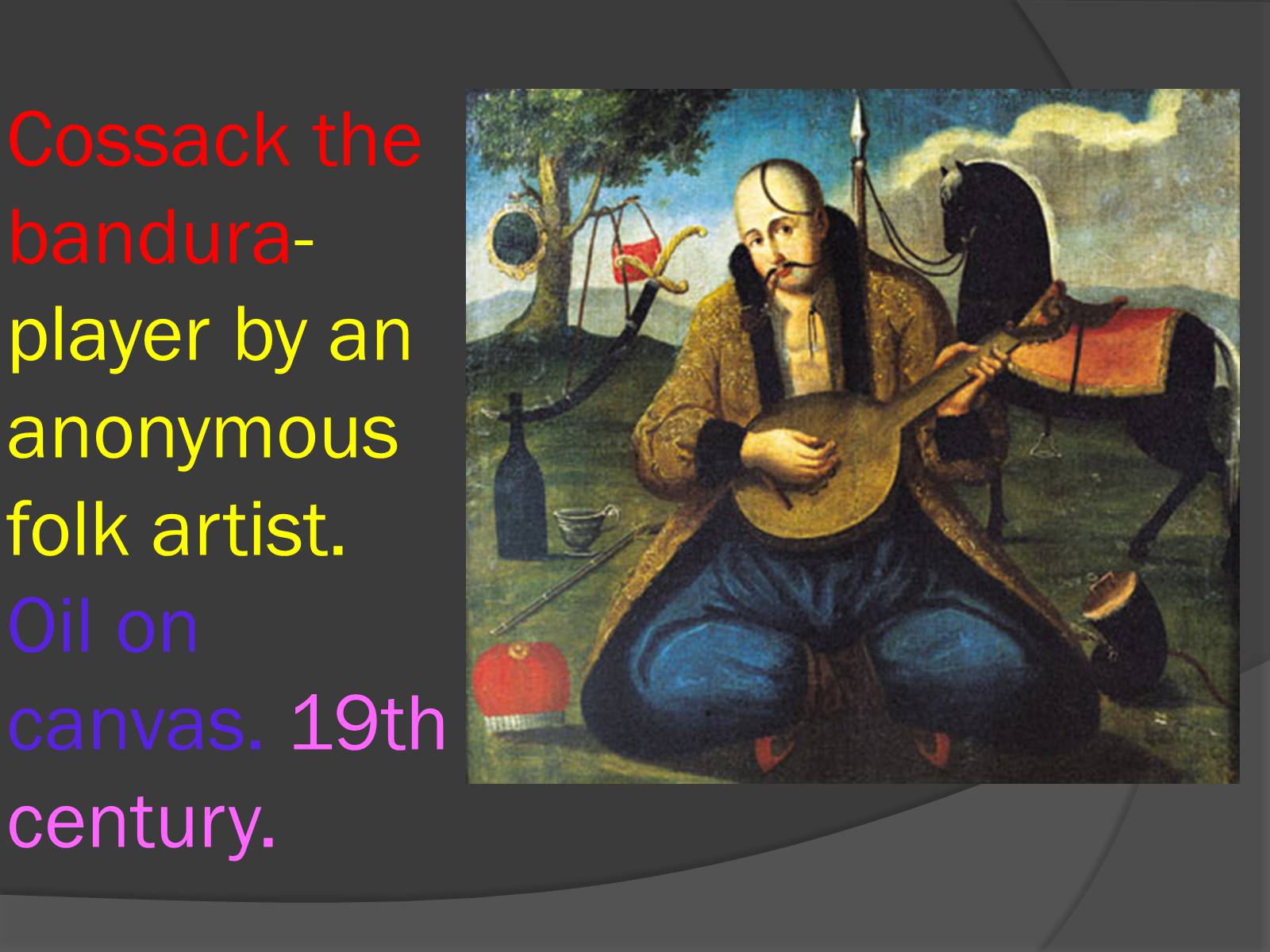 Serhiy Vasylkivsky, Cossacks in the steppe, Oil on canvas. 1900s. 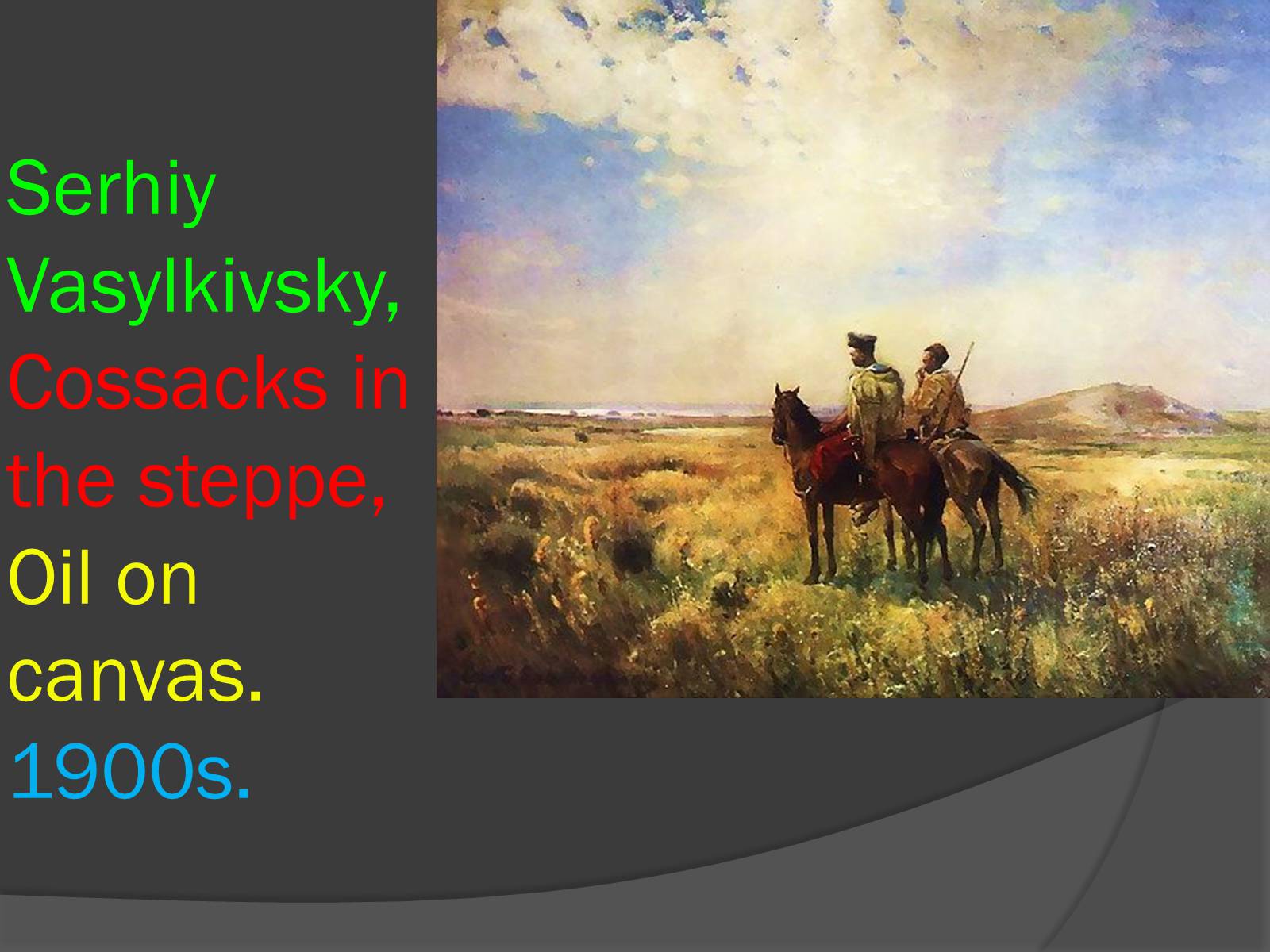 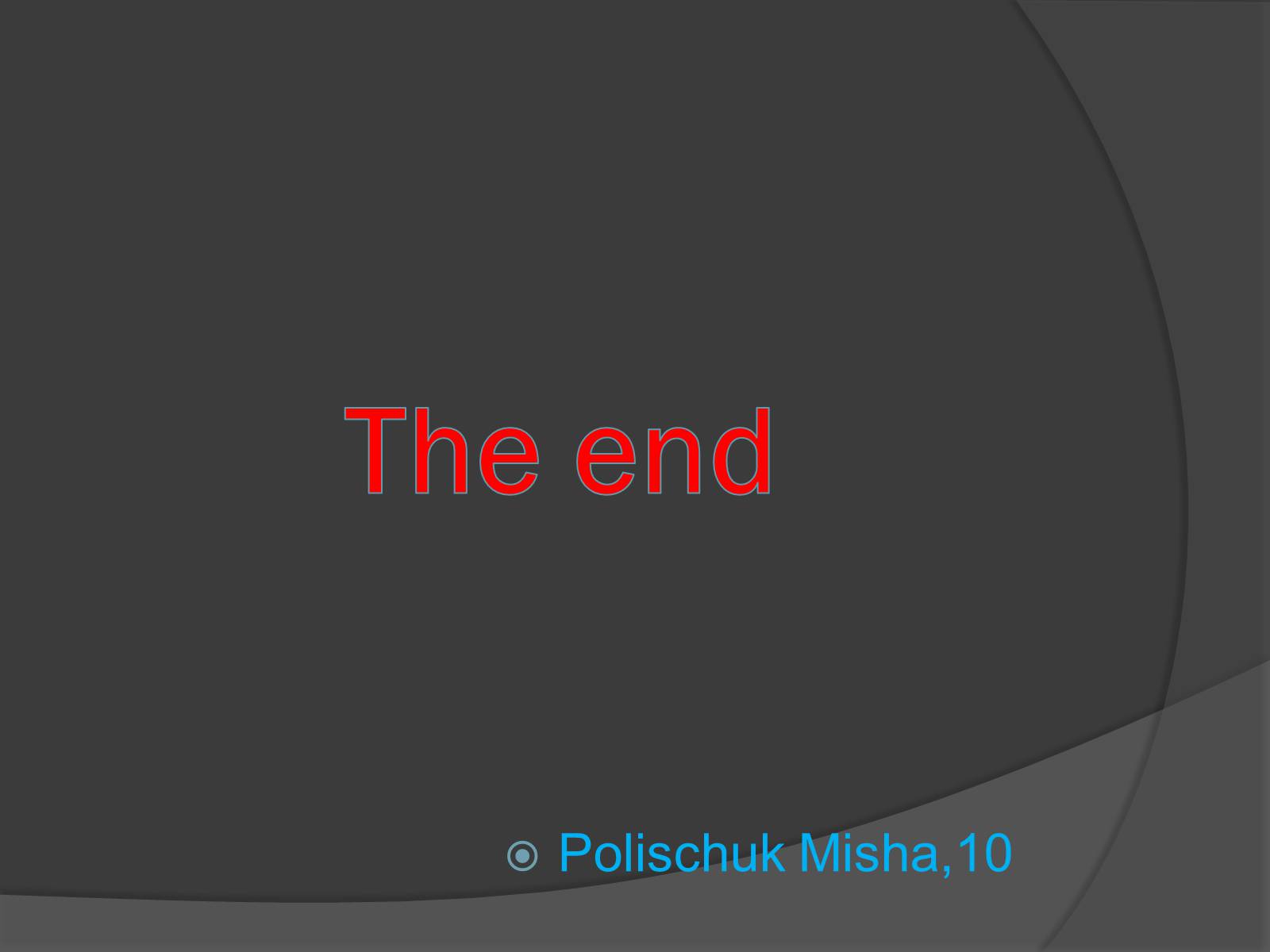