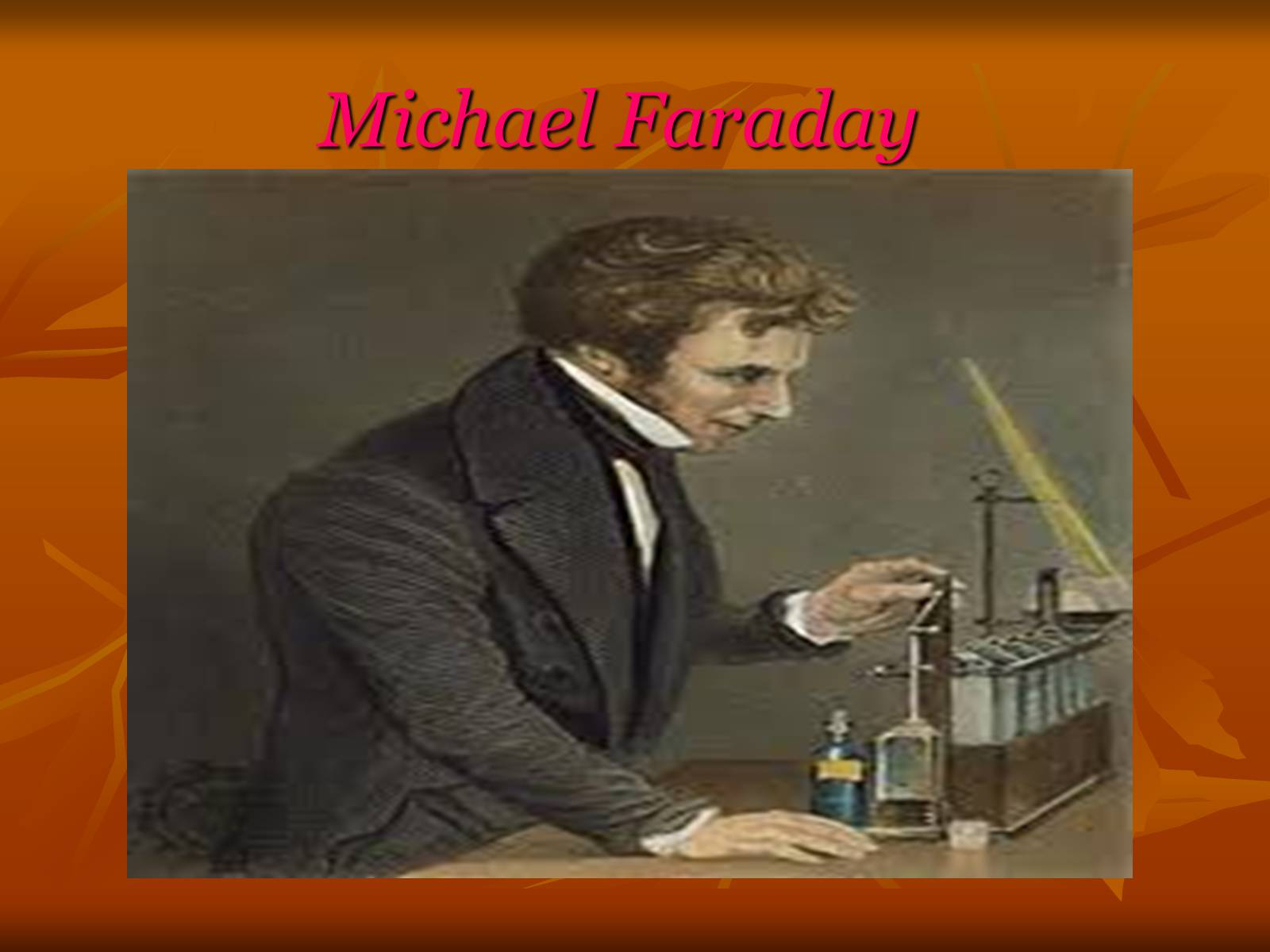 Michael Faraday was born in Newington Butts, South London, England, September 1791.
He wasn't from the richest family, his father was a blacksmith and his mother was the daughter of a farmer, but he got basic education. 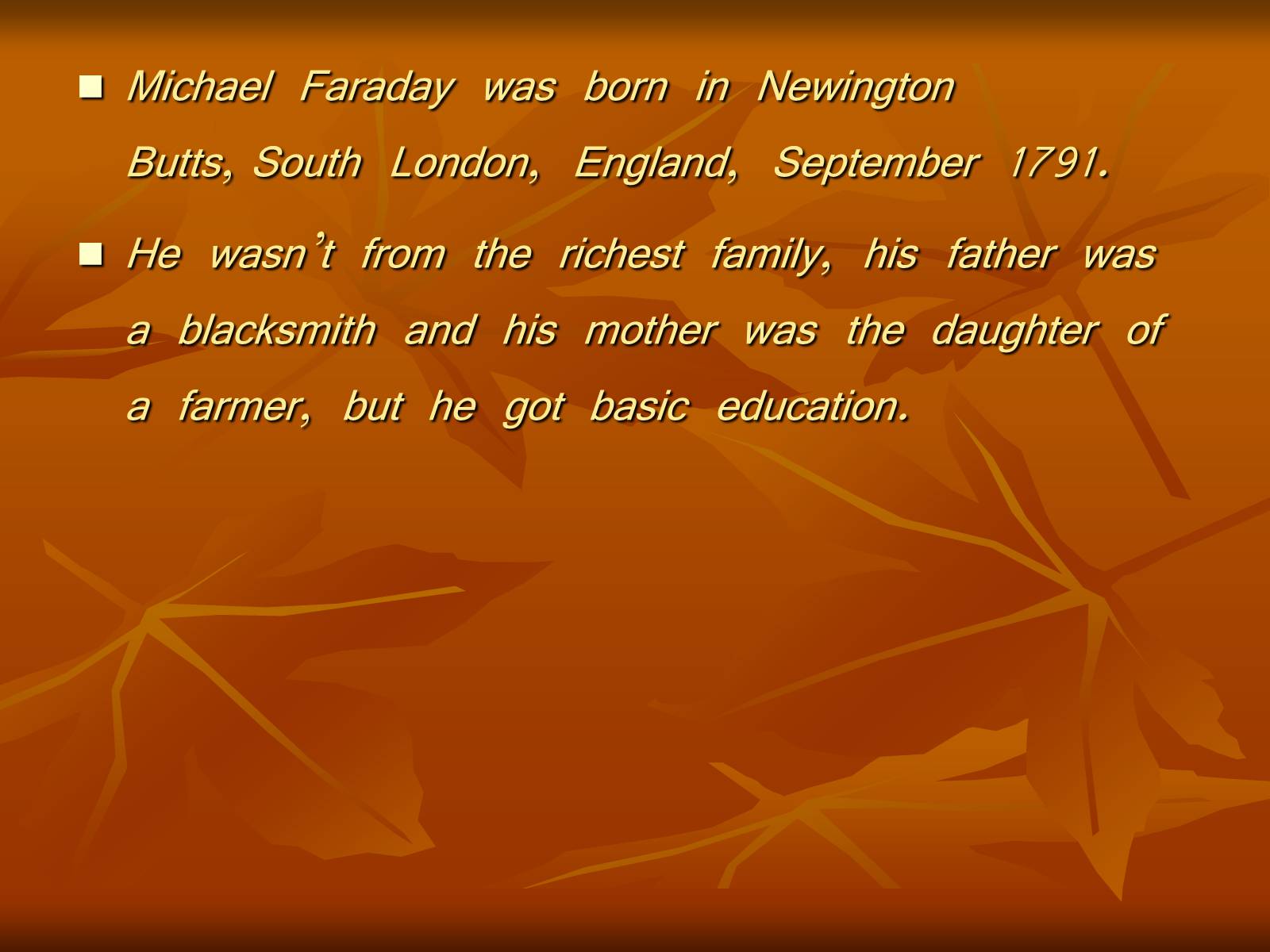 At the age of 14 he left school to become a book binder's apprentice for over seven years. During that period he educated himself by reading books.
In 1812 he went to 4 lectures of the chemist Humphry Davy at the Royal Institution, there he took notes of what Humphrey was saying carefully, bound them in leather and sent it to Davy with a job application to be a his assistant, but Davy had an assistant already. 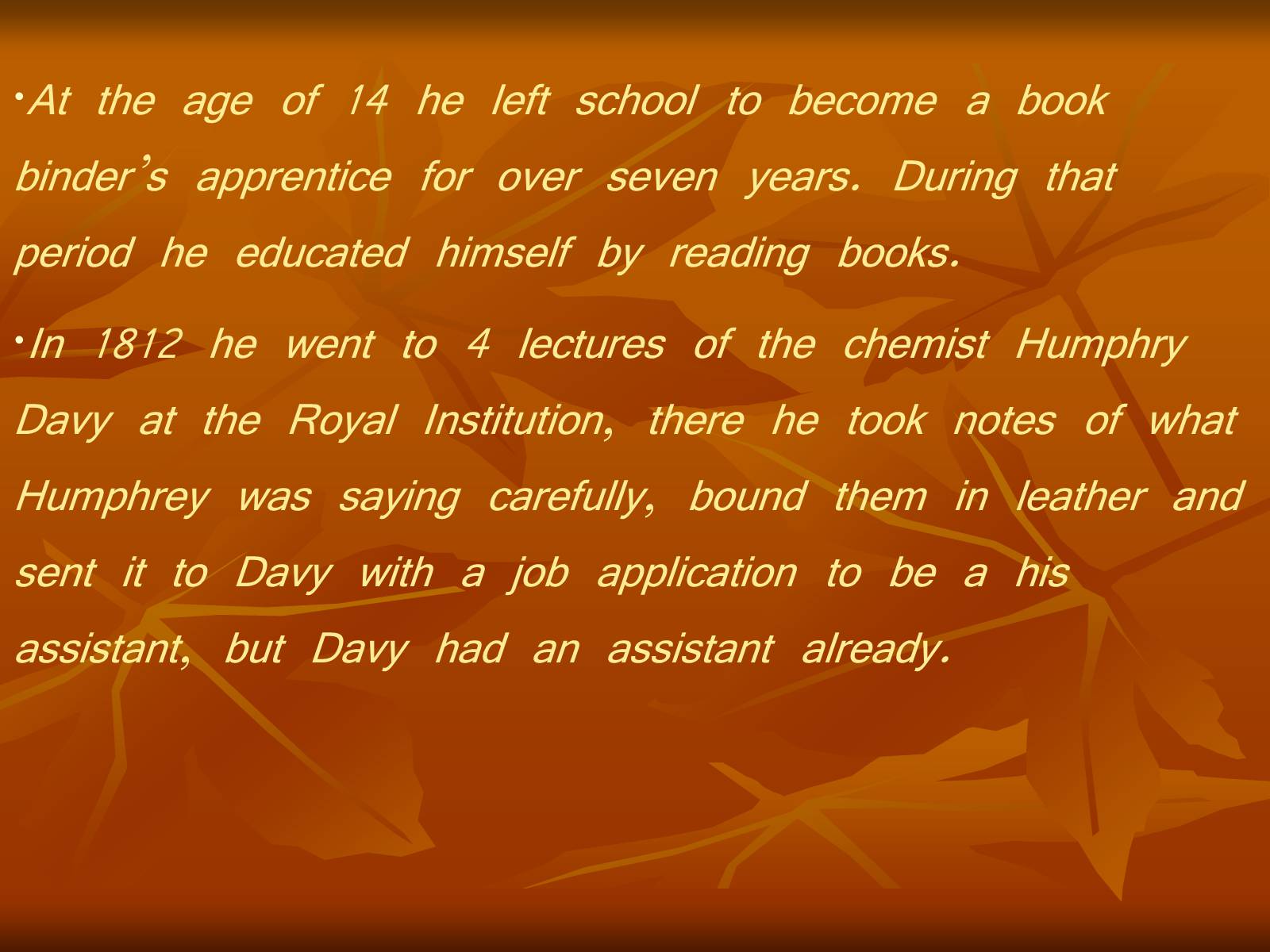 Later Davy hired Faraday as his assistant because he fired the former one for fighting.
Davy and Faraday went on a trip around Europe where they met many other famous chemists. He married Sarah Barnard, that he met when attending a Sandemanian church.
A Danish physicist Hans Christian Oersted discovered that an electric current produced a magnetic field. Since Faraday was back home in England he began doing experiments to investigate this. 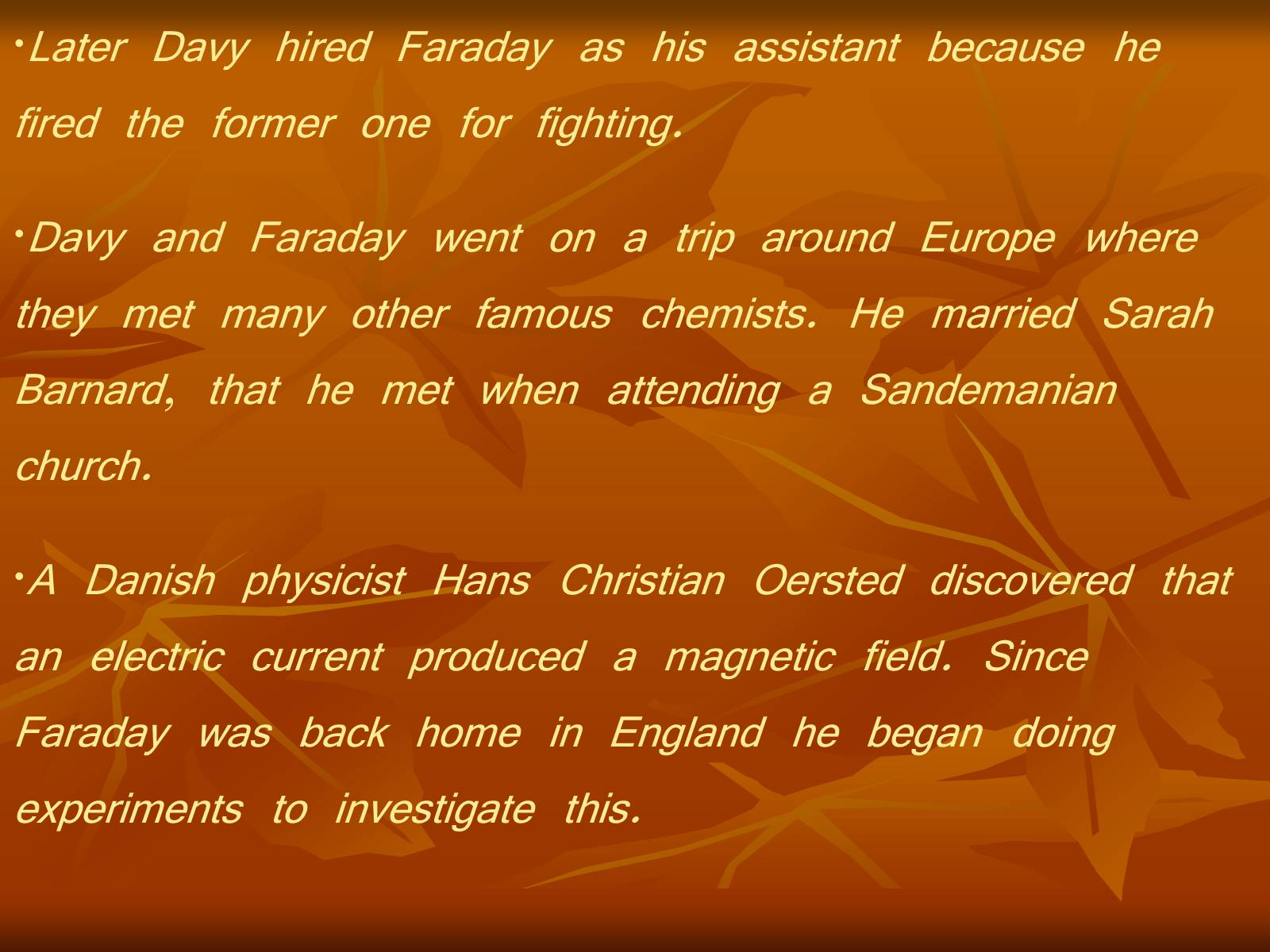 He built a device that included a hinged wire, a chemical battery and a magnet. When he turned on the current, a magnetic field was set up in the wire, and it began to spin around the magnet. The electric current converted to magnetism. Right then Faraday invented the electric motor.
Faraday then invented another device called the Transformer. This device aimed to convert magnetism back to electricity, but it partially worked. 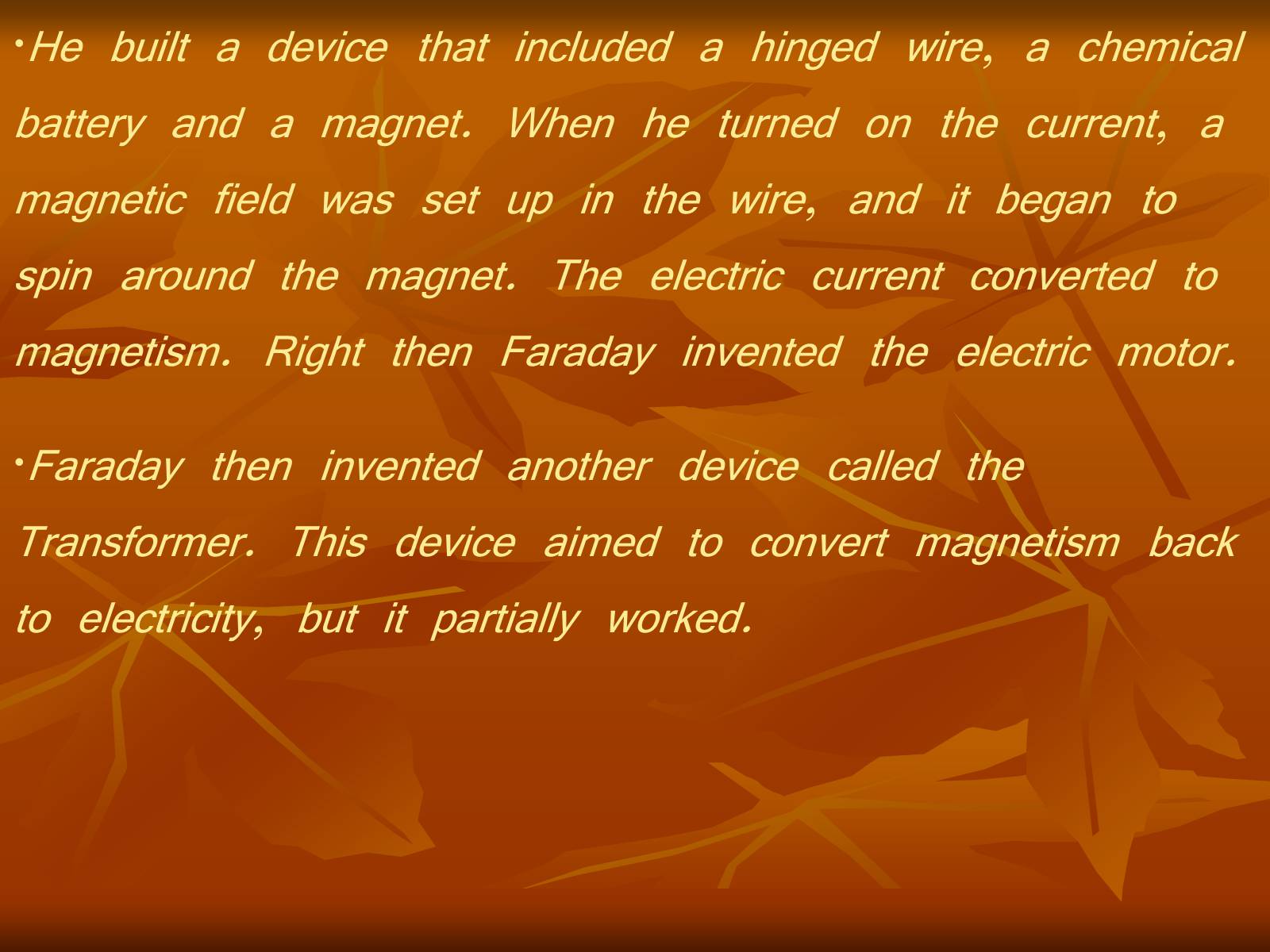 Faraday decided to reverse an experiment done by Dominique Arago. Arago had discovered that a rotating copper disk diverted a magnetic needle. This was magnetic induction. In 1831 Faraday took a copper disk and spun it between the poles of a permanent magnet. This set up an electric current in the disk which could be passed through a wire and put to work, as long as the wheel spun, current was produced. This experiment produced tone of he greatest electrical invention in history: the electric generator. It took 50 years and other inventions to make generators practical, but Faraday had directed the way. 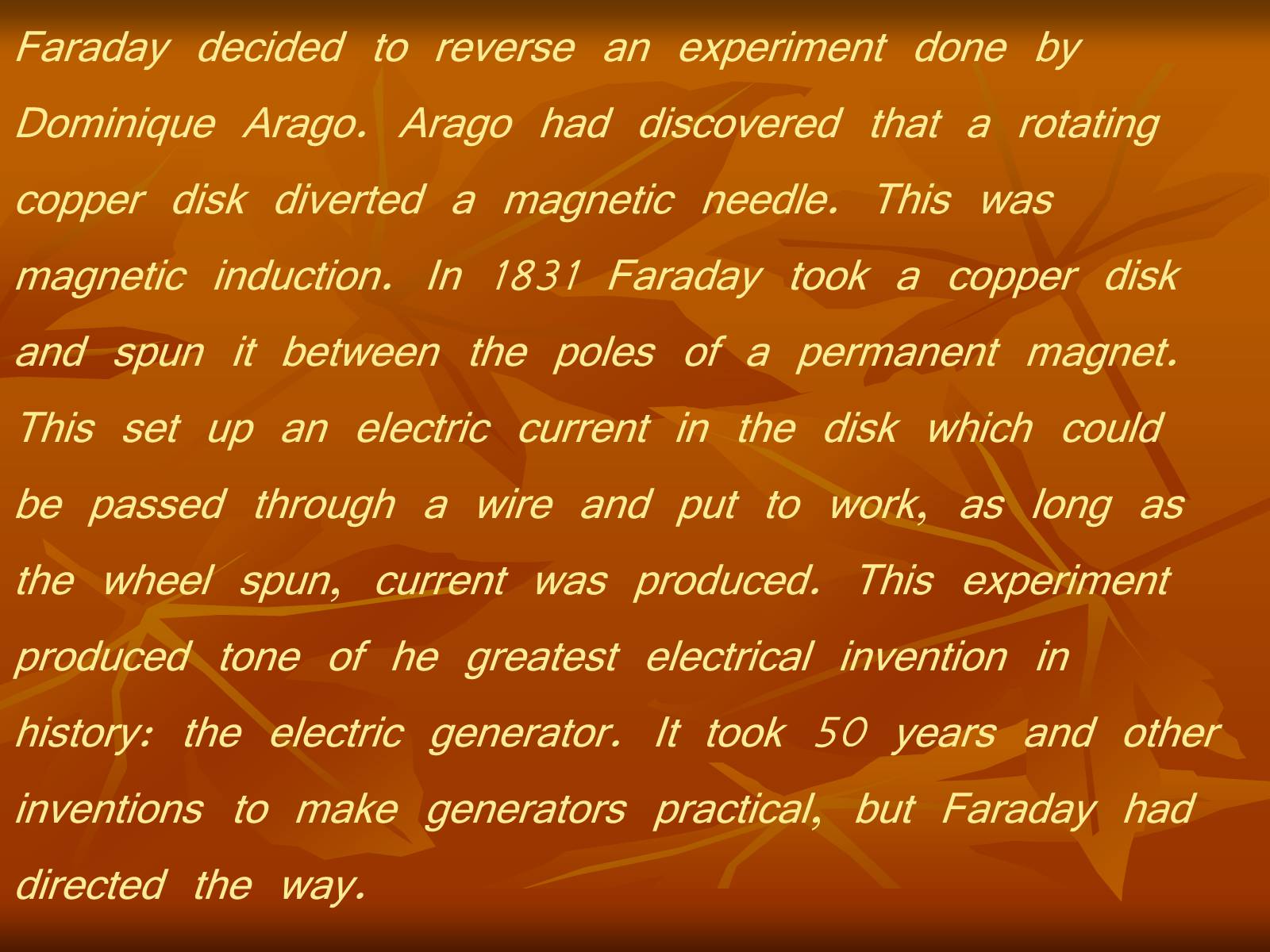 Faraday discovered the magnetic lines of force," the compound benzene, how to liquify various gasses, and the laws of electrolysis. He developed the concept of a field a force, magnetism, electric fields, gravity that spreads throughout space and is produced by magnets or electric charge or, in the case of gravity, mass. James Clerk Maxwell later developed his famous equations describing electromagnetism using this concept, acknowledging his debt to Faraday 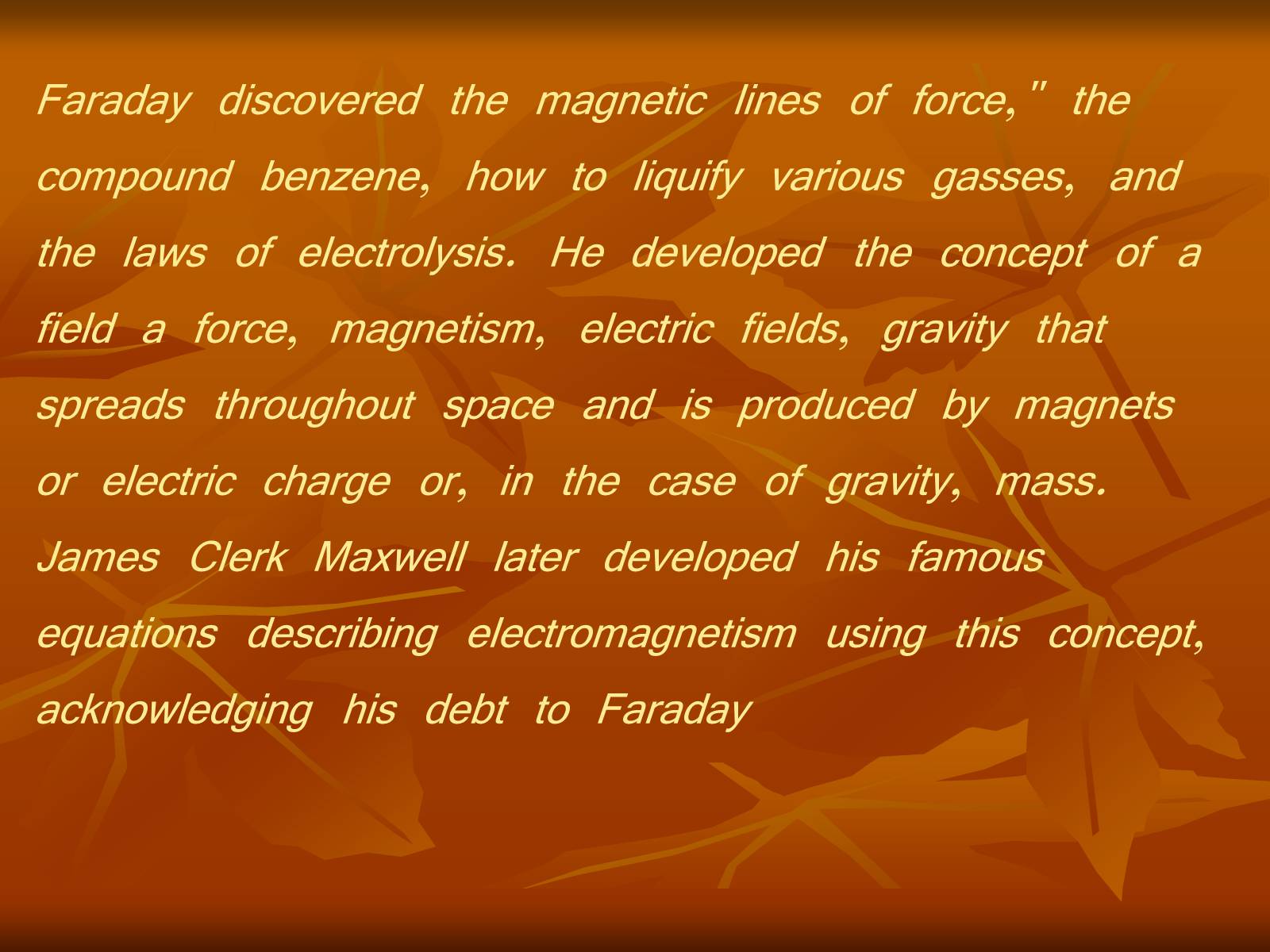 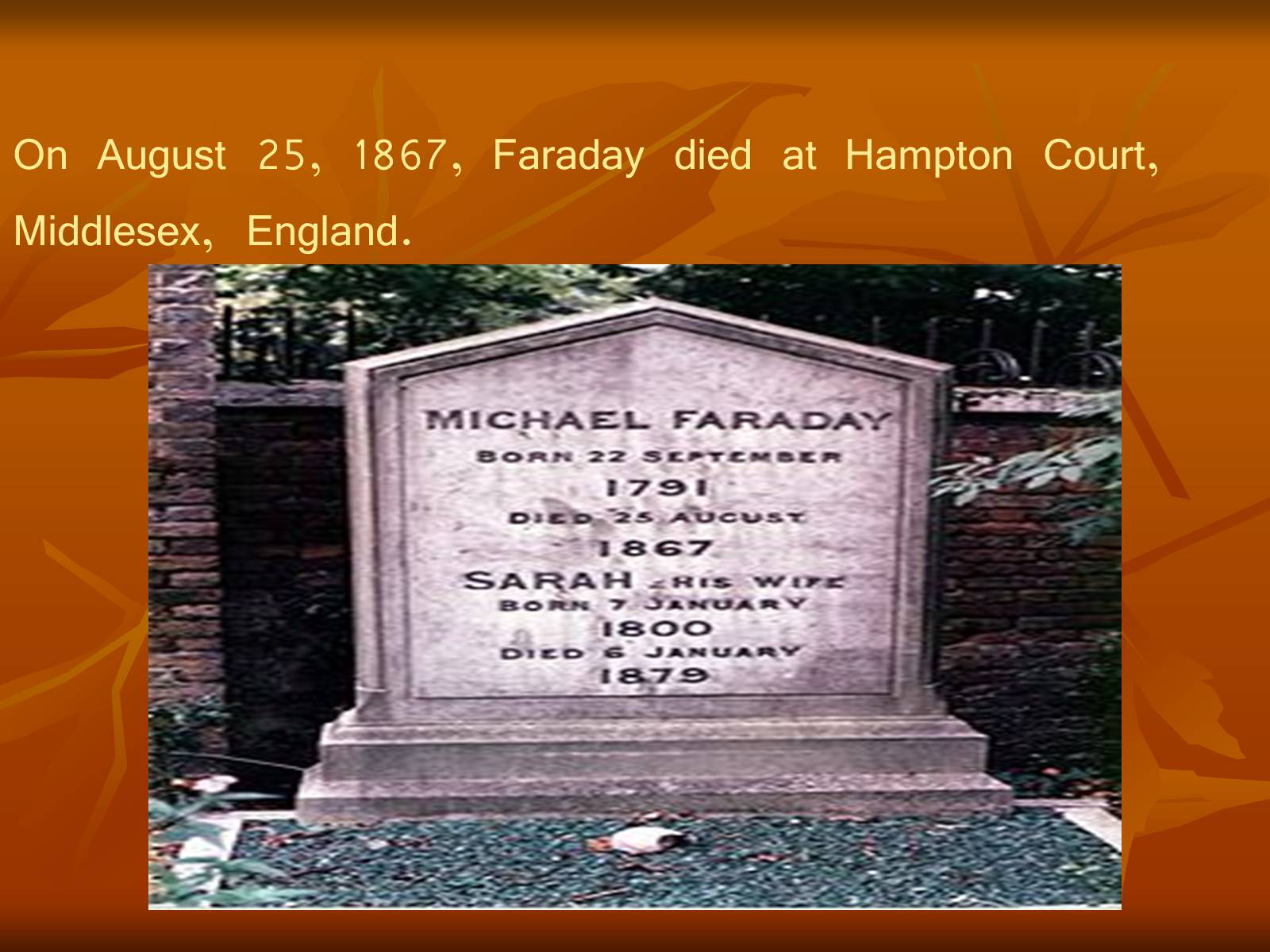 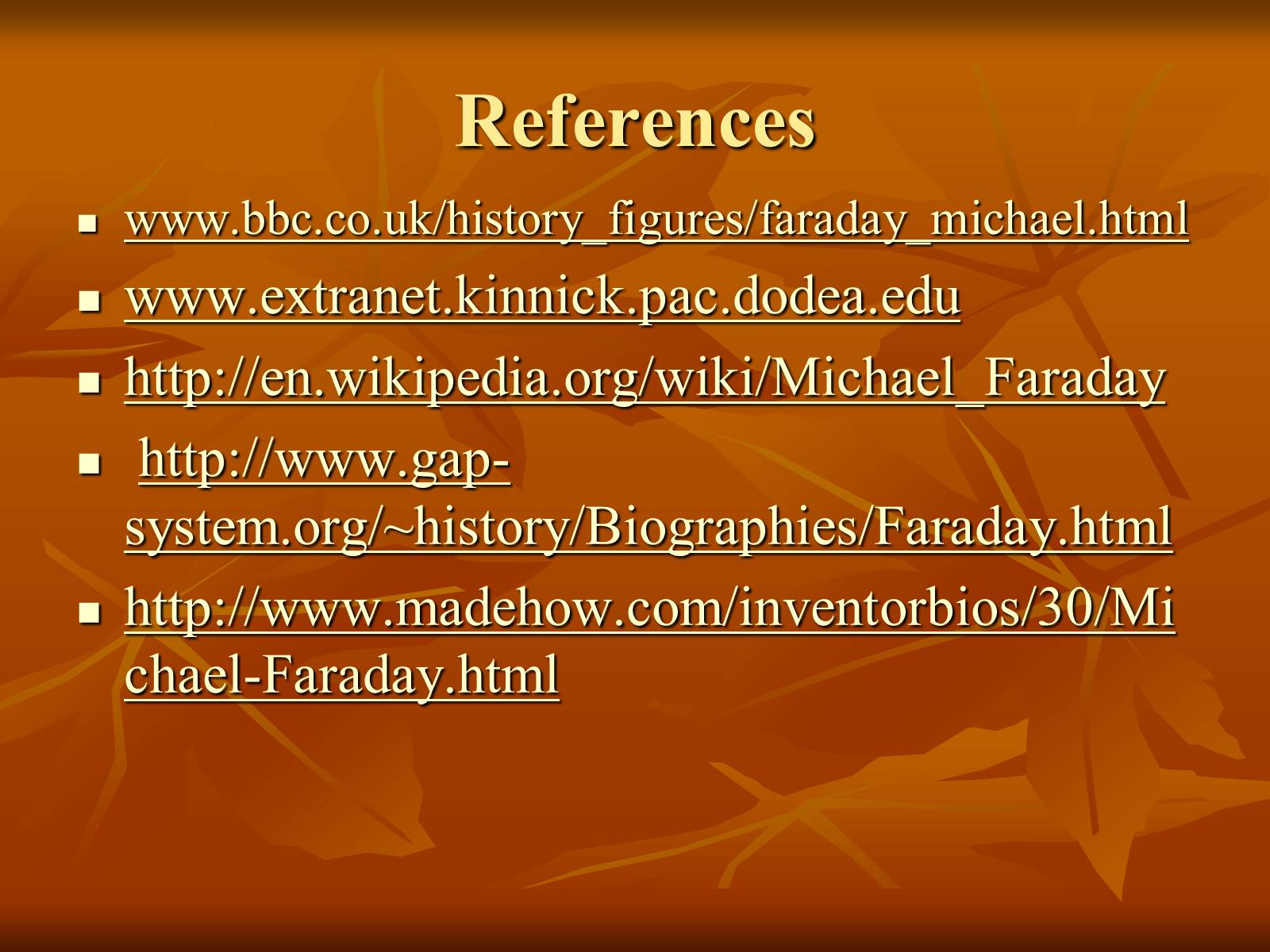