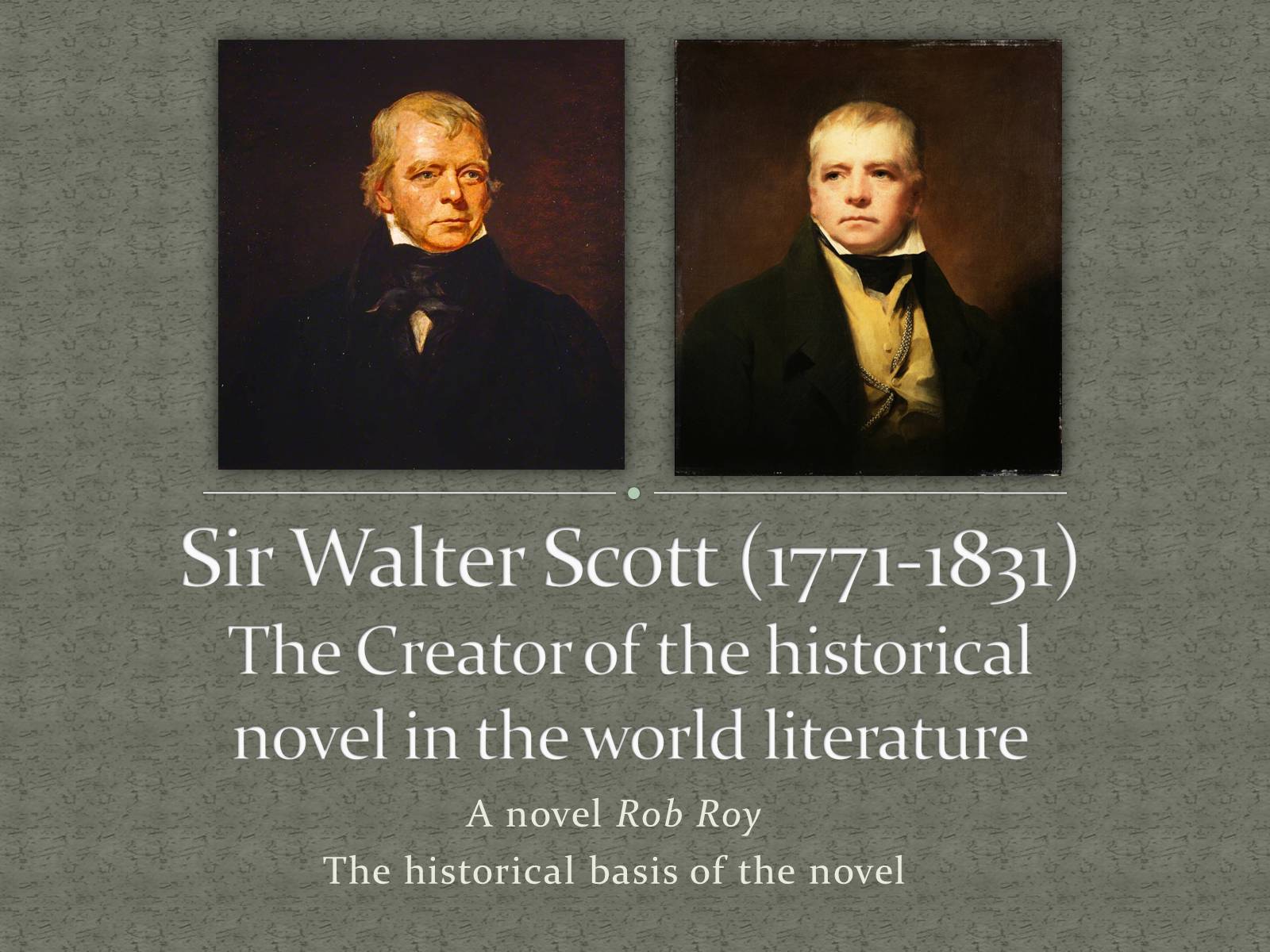 Sir Walter Scott was born of a lawyer's family in Edinburgh, Scotland on August 15, 1771. He suffered from many physical ailments, one particularly serious one in adolescence, which made him, in his own words, "a glutton of books.“
He attended Edinburgh High School and studied at Edinburgh University arts and law. At the age of sixteen he had already started to collect old ballads 'The Wild Huntsman‘, 'Lenore' and 'Goetz of Berlichingen‘ from Goethe's play.
Scott married in 1797 Margaret Charpentier in France. They had five children. In 1806 Scott became clerk to the Court of Session in Edinburgh.
In 1820 Scott was created a baronet. Scott visited France in 1826 to collect material for his Life of Napoleon. A few years earlier Scott had started to keep his Journal , recording in courageous spirit his deteriorating health and other misfortunes.
His popularity, both socially and as a writer, was almost unparalleled. Scott received his title and baronetcy from King George IV in the spring of 1820. He died, Sir Walter Scott, in 1832.
Biography 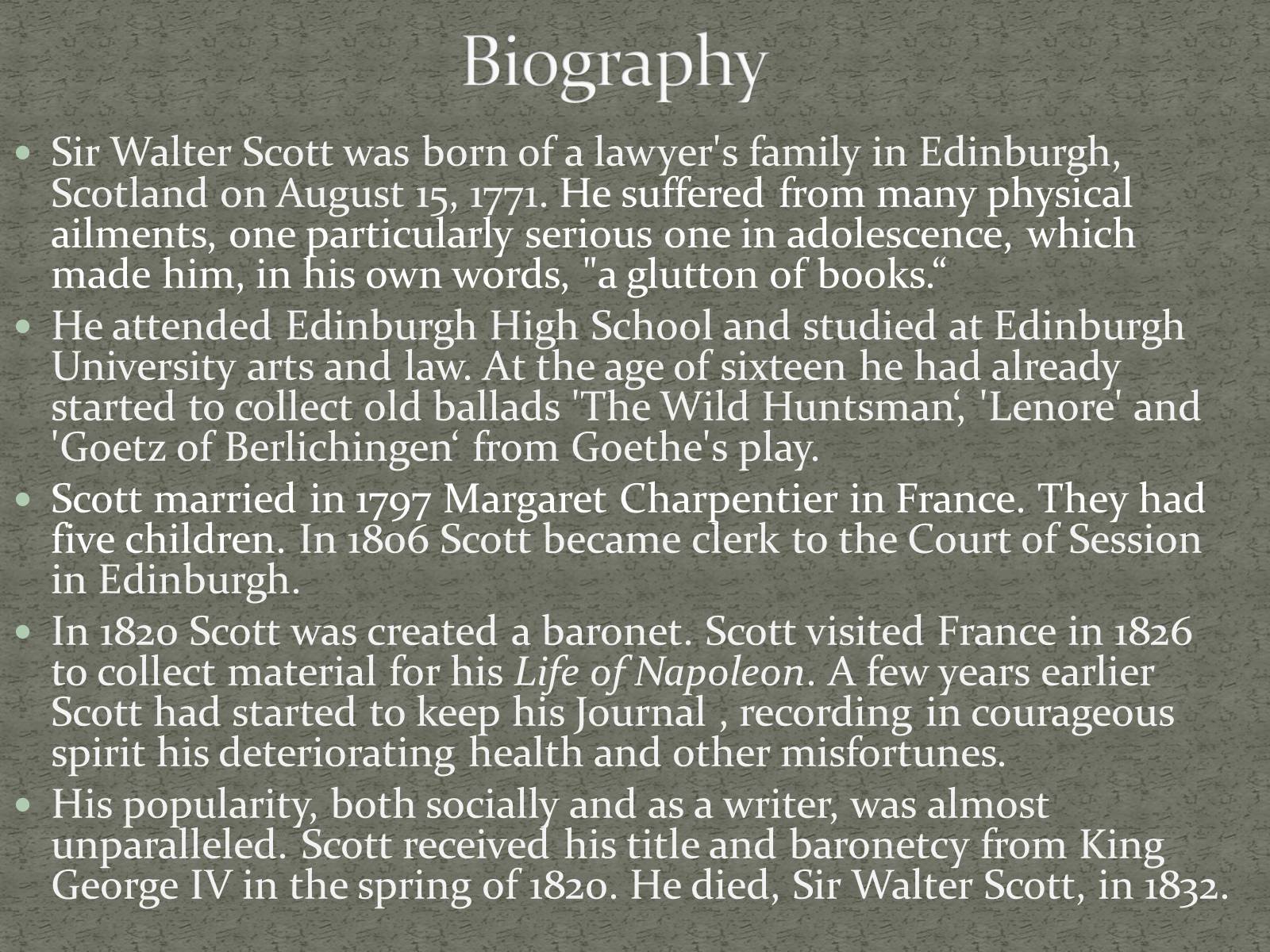 From 1796 to 1812 Scott was known as a poet, but he felt that he had not yet found himself. In 1802 appeared Scott's first major work, “Minstrelsy of the Scottish Border”. As a poet Scott rose into fame with the publication of “The Lay of the Last Minstrel” (1805) about an old border country legend. In 1810 appeared “the Lady of the Lake” and in 1813 “Rokeby”. Scott's last major poem, “The Lord of the Isles”, was published in 1815.
Walter Scott's poetry

The most famous works by Walter Scott
Waverley (1814)
Rob Roy (1817)
Ivanhoe (1819)
Kenilworth (1821)
The Fortunes of Nigel (1822)
Quentin Durward (1823)
The Talisman (1825)
Woodstock (1826)
The name of Sir Walter Scott is closely connected with the genre of the historical novel. He was interested in the romantic aspects of Scottish history and his historical novels changed attitudes towards the past, he made the world aware of Scotland, his novel struck the reader with their epic quality. 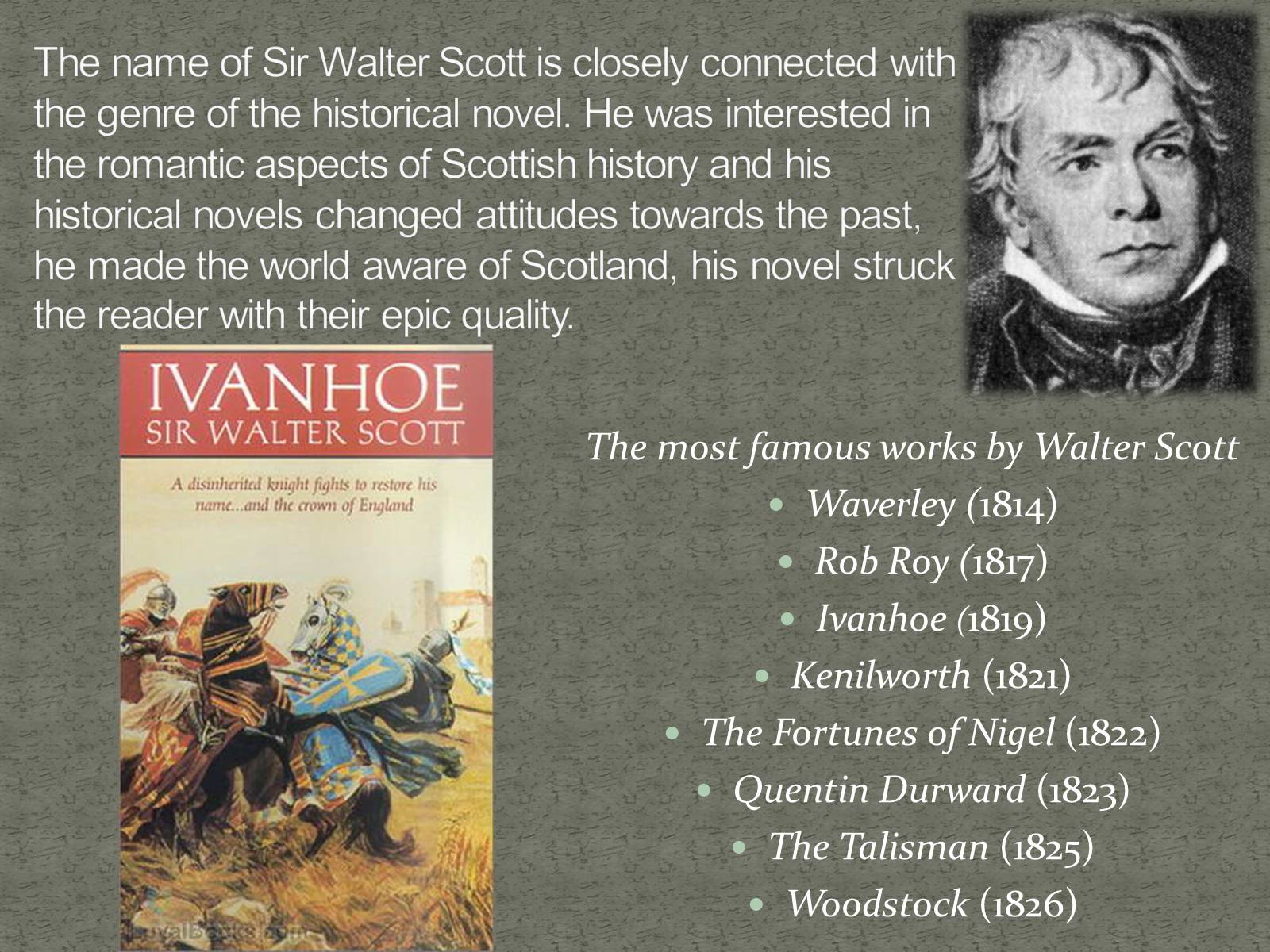 The young English hero, Frank, travels first to the north of England and then to the Scottish Highlands to retrieve money stolen from his father by his villainous cousin, and meets the famous outlaw Rob Roy. Despite the title, Rob Roy is not the main character, but his actions drive the plot. He appears out of the shadows, usually to help Frank, and disappears as quickly.
The novel is a brutally realistic depiction of the social conditions in Highland and Lowland Scotland in the early 18th century. Full of drama, rich language and humour, the novel created Rob Roy's iconic status.
Rob Roy 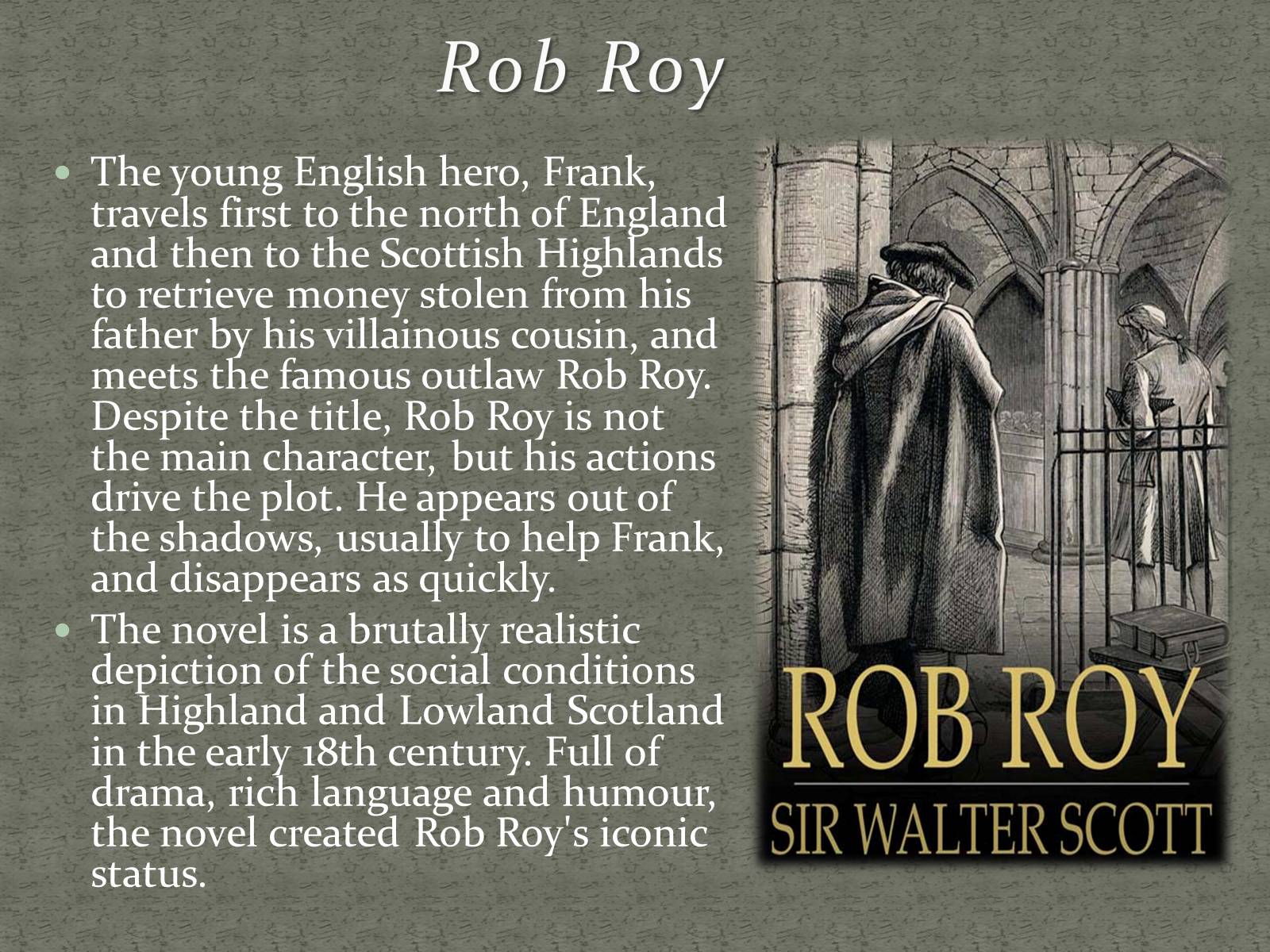