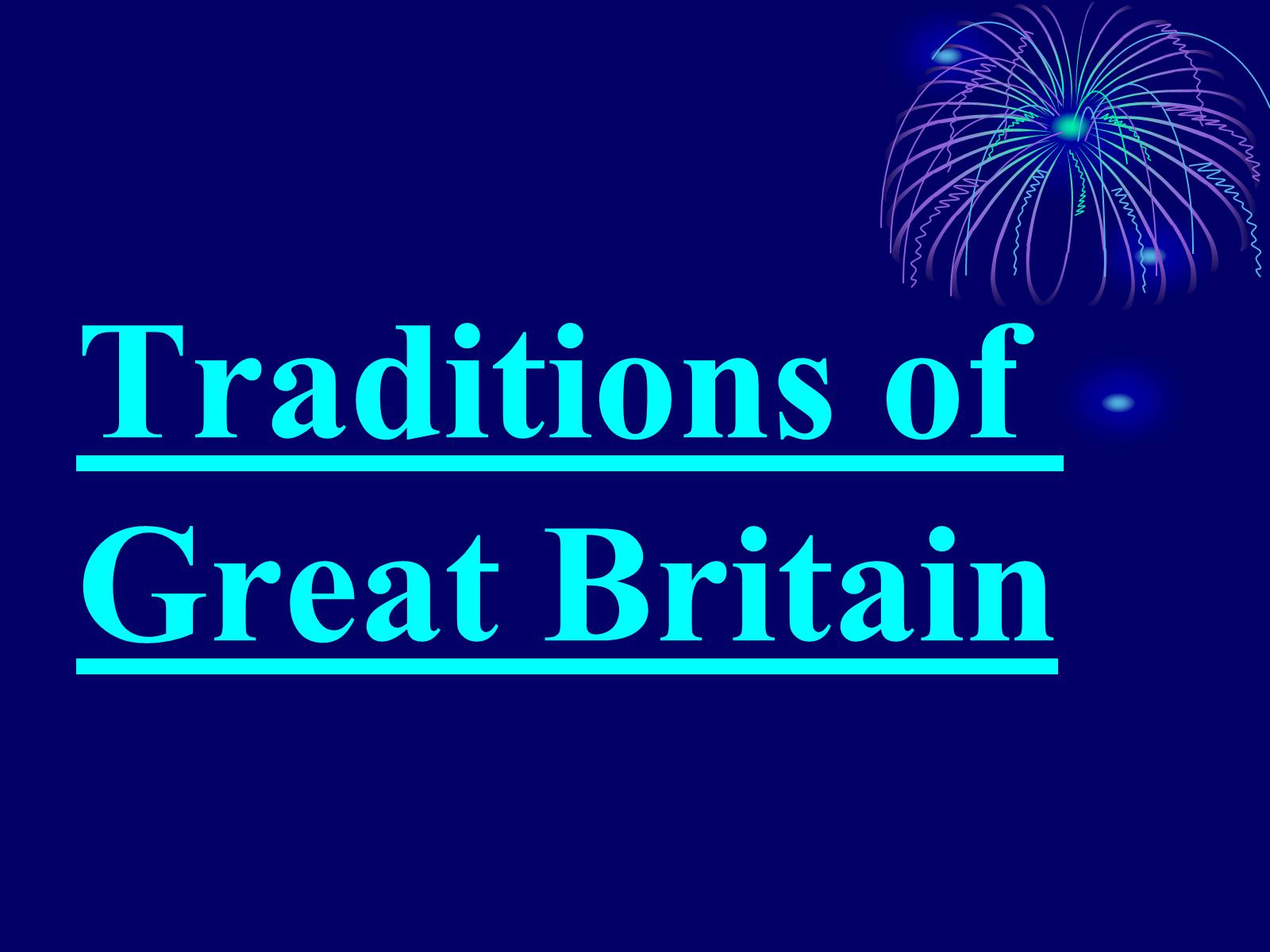 Christmas traditions of Great BritainAt Christmas, all the windows of country houses lit by candles in the UK, so the locals night on Christmas Eve is called the "night of candles." In many villages, shortly before the holiday women organized competitions for the best Christmas decoration candles. These ornaments were made of strips of colored paper, foil, gold and silver threads,bright ribbons. 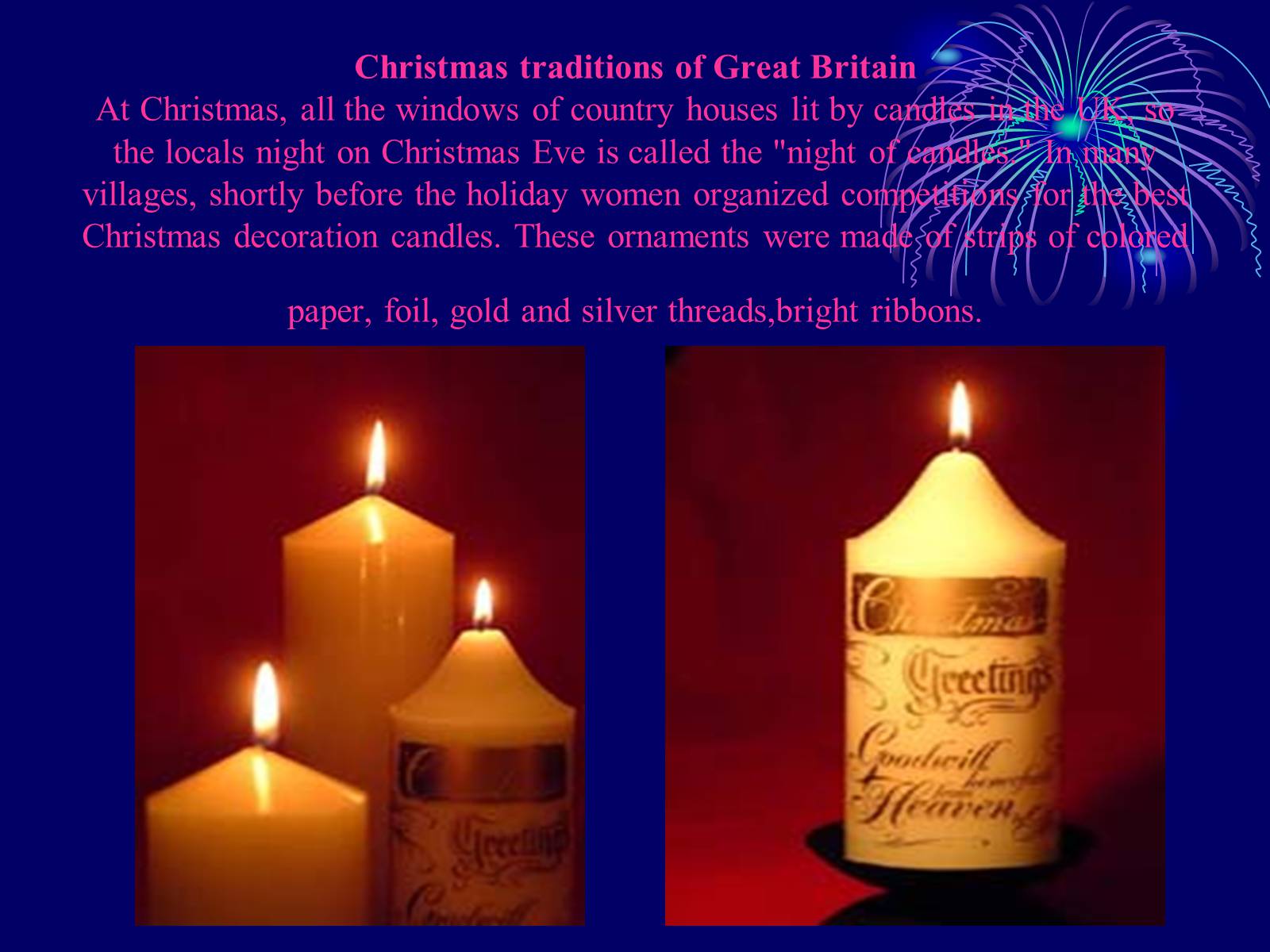 Bonfire Night
Another tradition is the holiday called Bonfire Night.
On November 5,1605, a man called Guy Fawkes planned to blow up the Houses of Parliament where the king James 1st was to open Parliament on that day. But Guy Fawkes was unable to realize his plan and was caught and later, hanged. The British still remember that Guy Fawkes' Night. It is another name for this holiday. This day one can see children with figures, made of sacks and straw and dressed in old clothes. On November 5th, children put their figures on the bonfire, burn them, and light their fireworks. 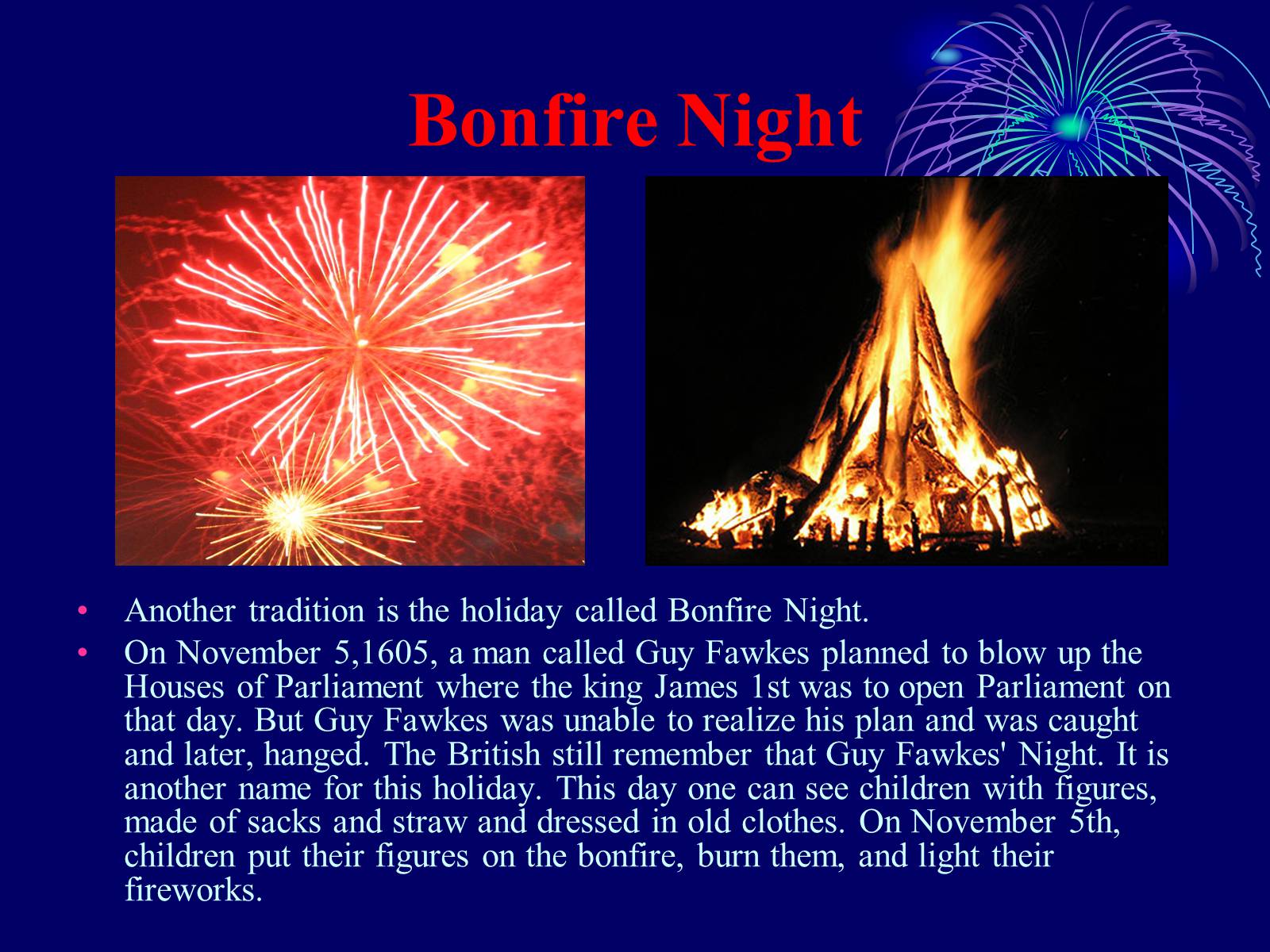 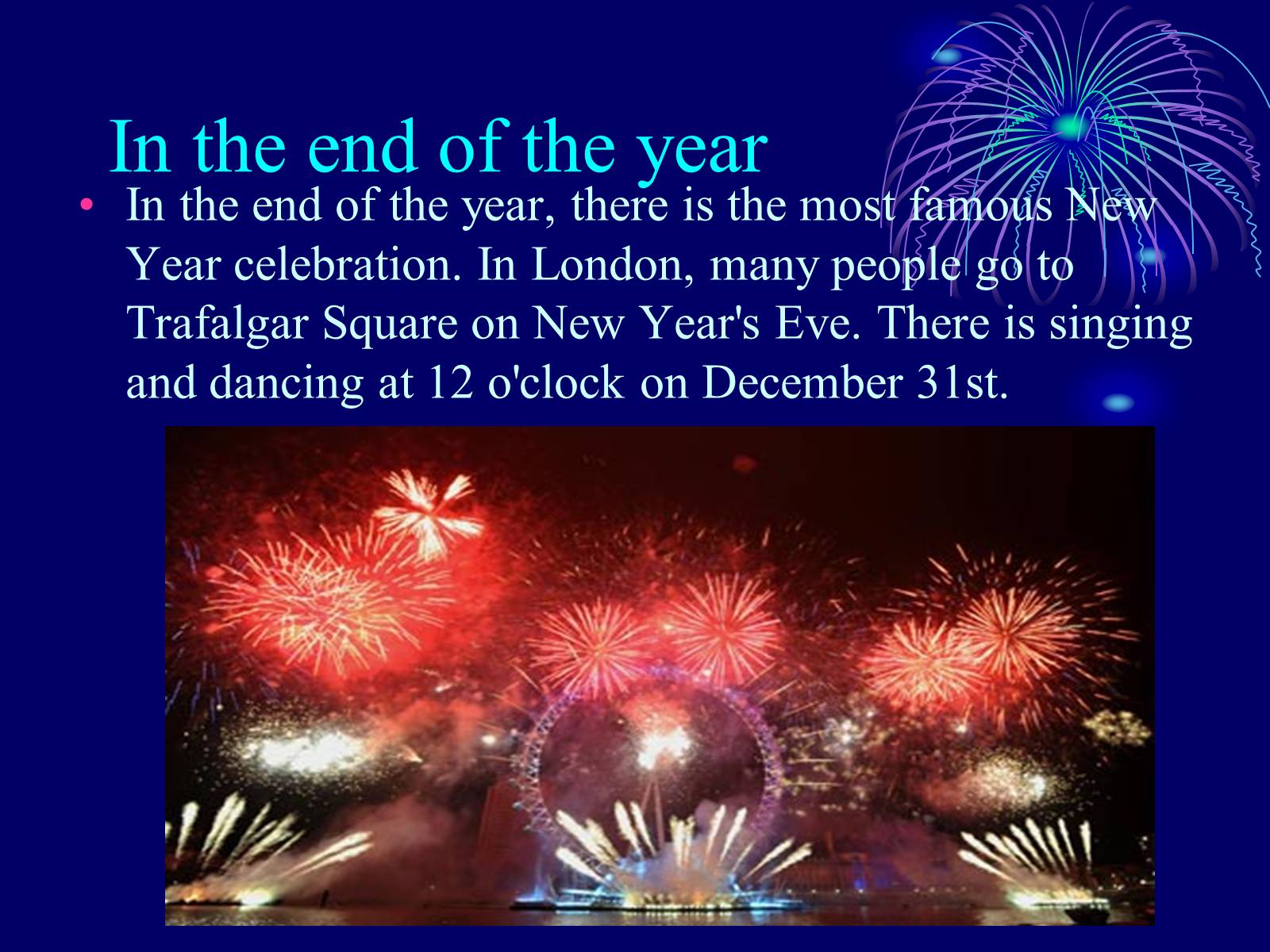 HalloweenHalloween is a day on which many children dress up in unusual costumes. In fact, this holiday has a Celtic origin. The day was originally called All Halloween's Eve, because it happens on October 31, the eve of all Saint's Day. The name was later shortened to Halloween. The Celts celebrated the coming of New Year on that day. 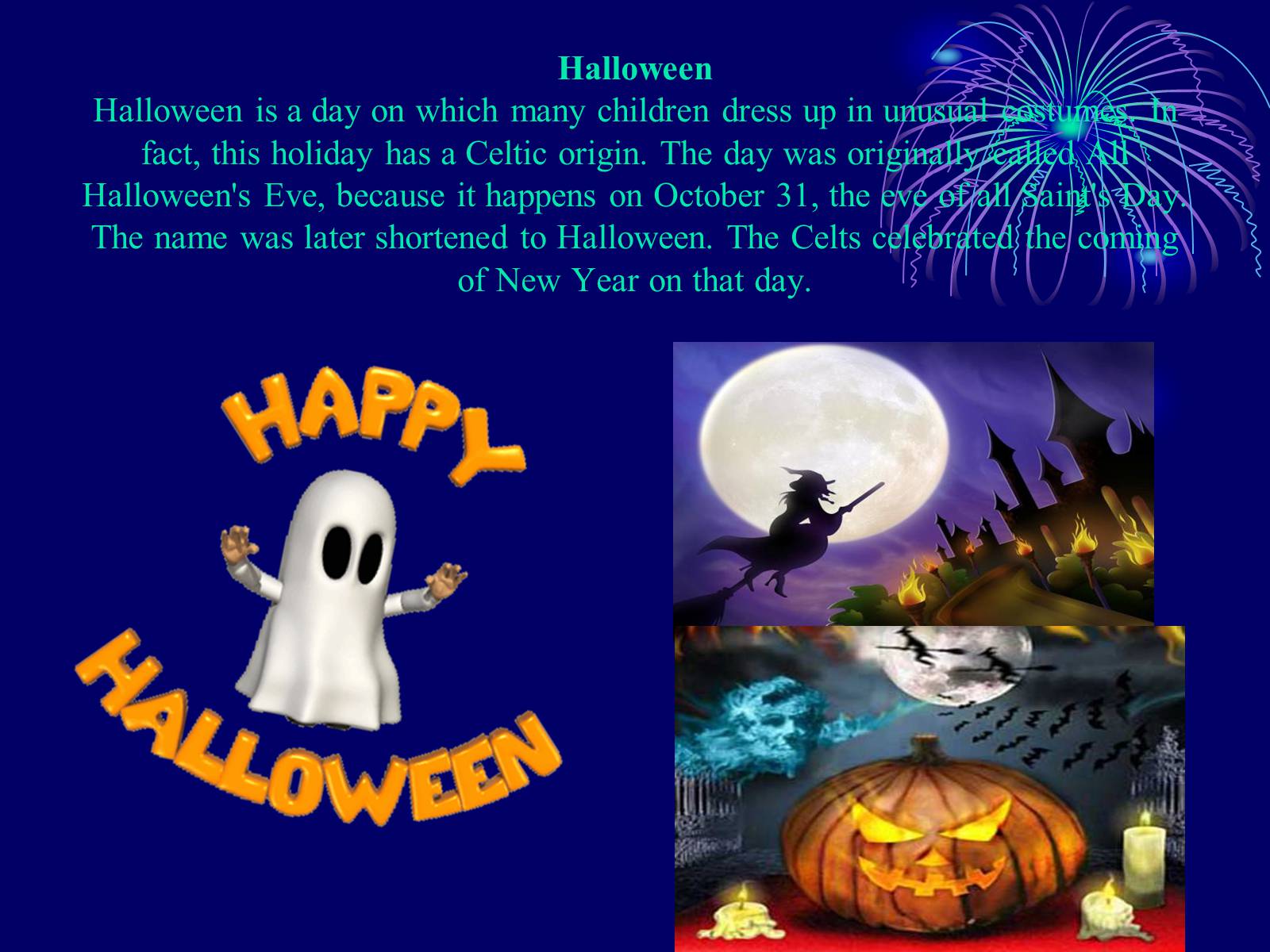 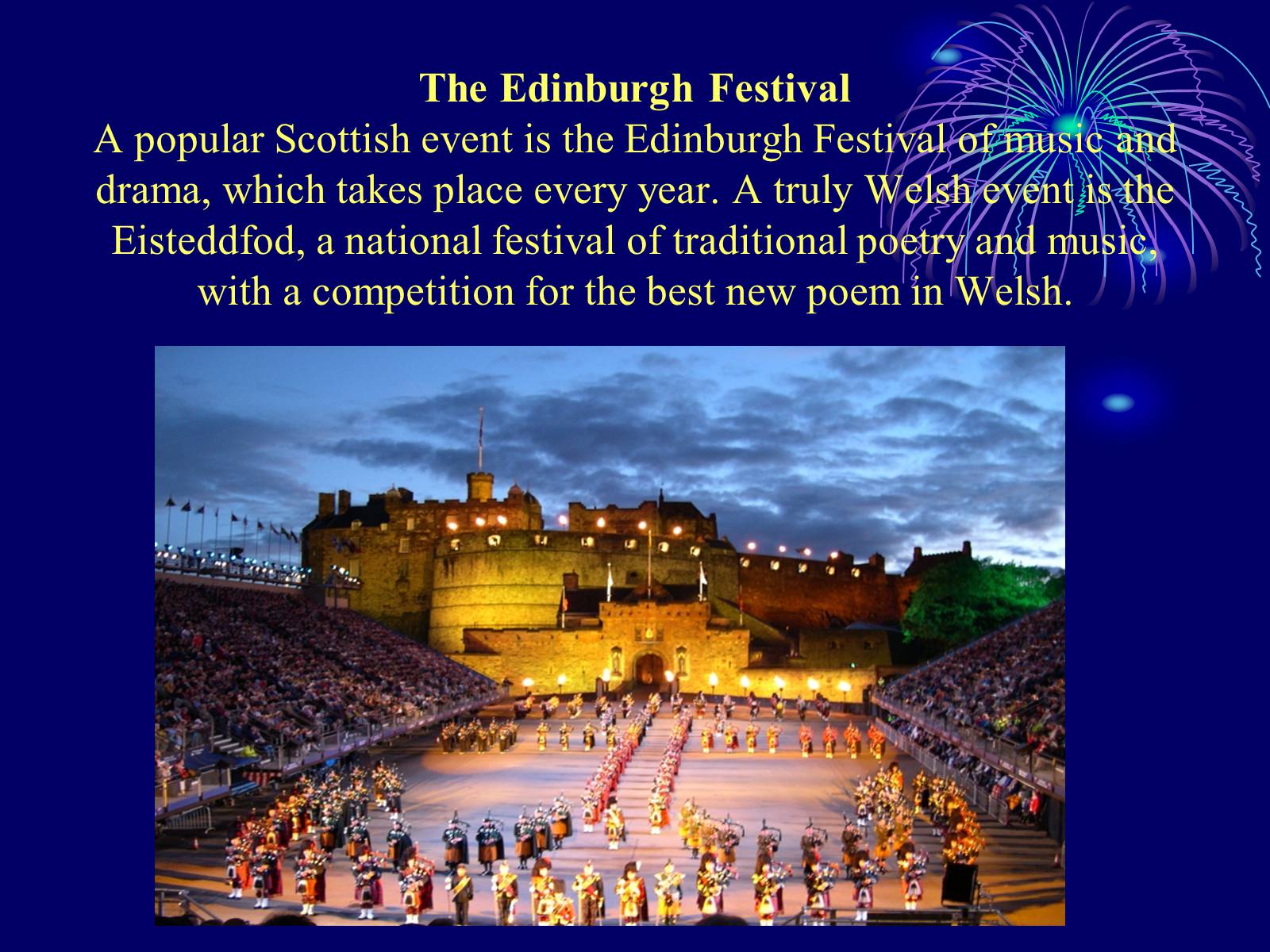 Morris Dancing
Morris Dancing is an event where people, worn in beautiful clothes with ribbons and bells, dance with handkerchiefs or big sticks in their hands, while traditional music- sounds. 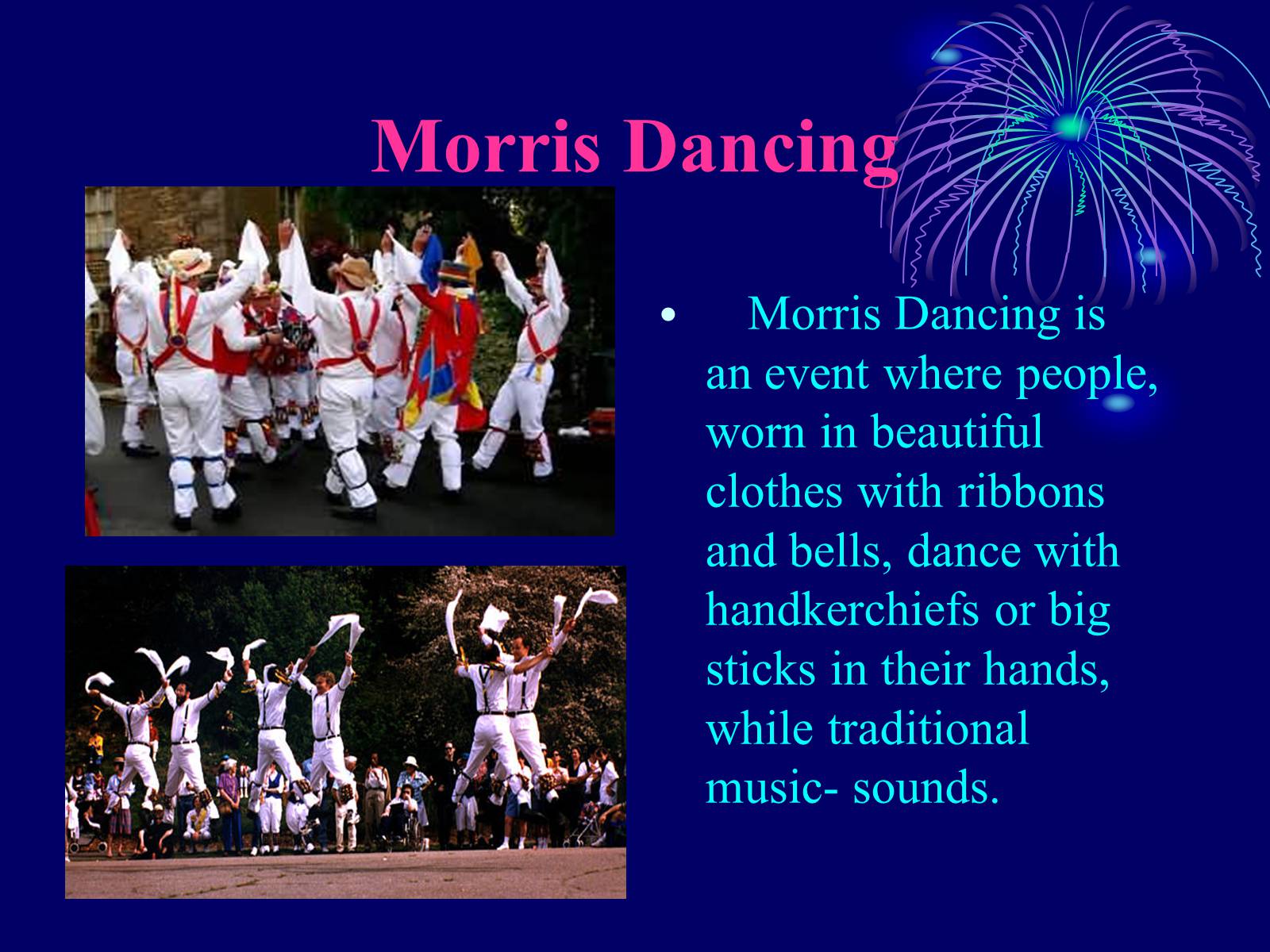 Straw Bear
This is an old English tradition, which is held on January 7.People believe that this day begins a new agricultural year in England.A man and a boy puts on a straw suit, completely covering the body.A man goes from house to house and dance.As a reward for his dancing people give him money, food or beer. 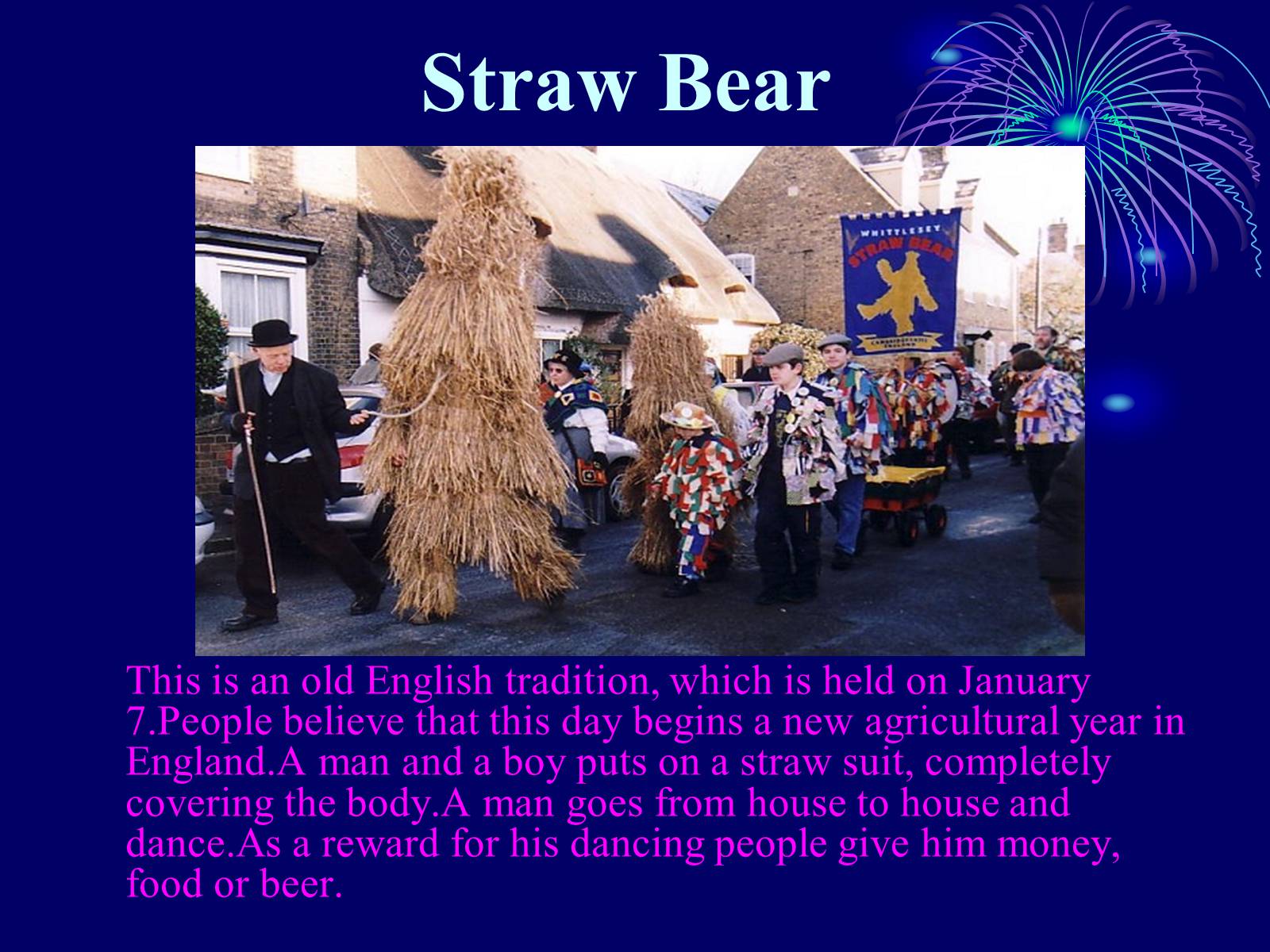