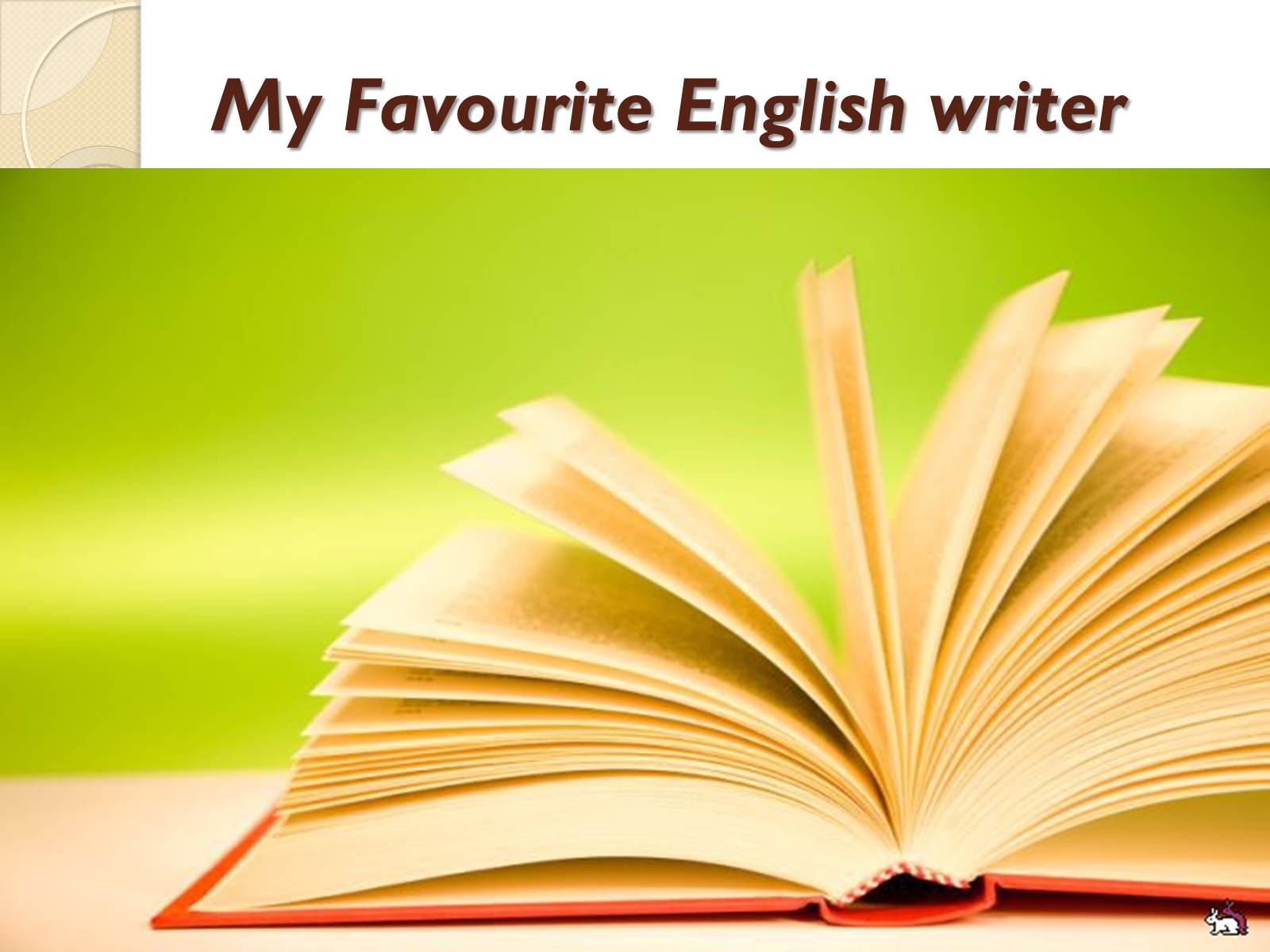 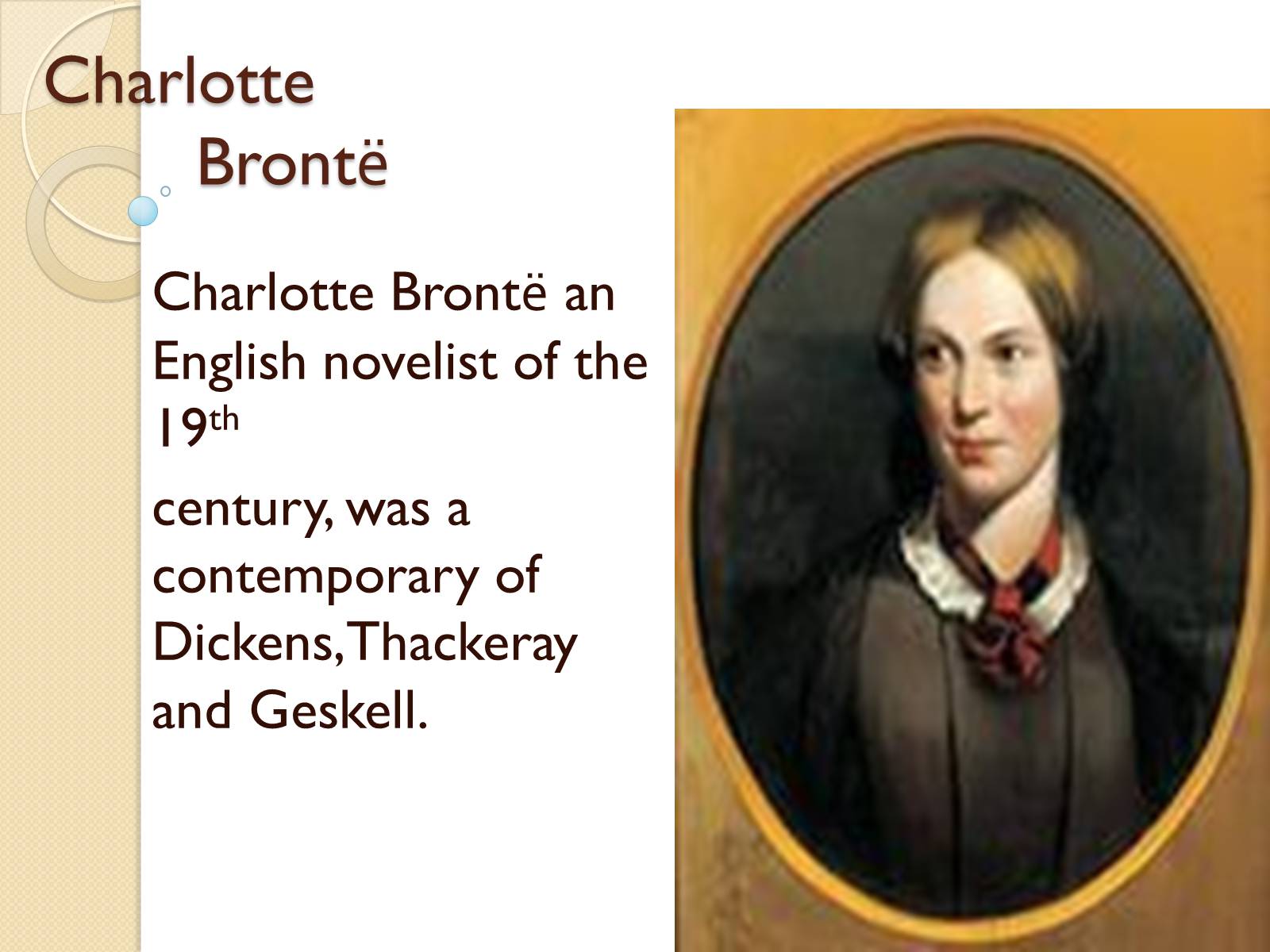 Biography
She was a daughter of a poor clergyman.There were 6 children in the family, 5 girls and 1 boy. Their mother died when Charlotte was a very small child. The girls were sent to a charity-school which Charlotte described later in her novel “Jane Eyre”.The children lived at that school in cold gloomy rooms and were always hungry. Charlotte`s sisters, Mary and Elisabeth, died of tuberculosis there. 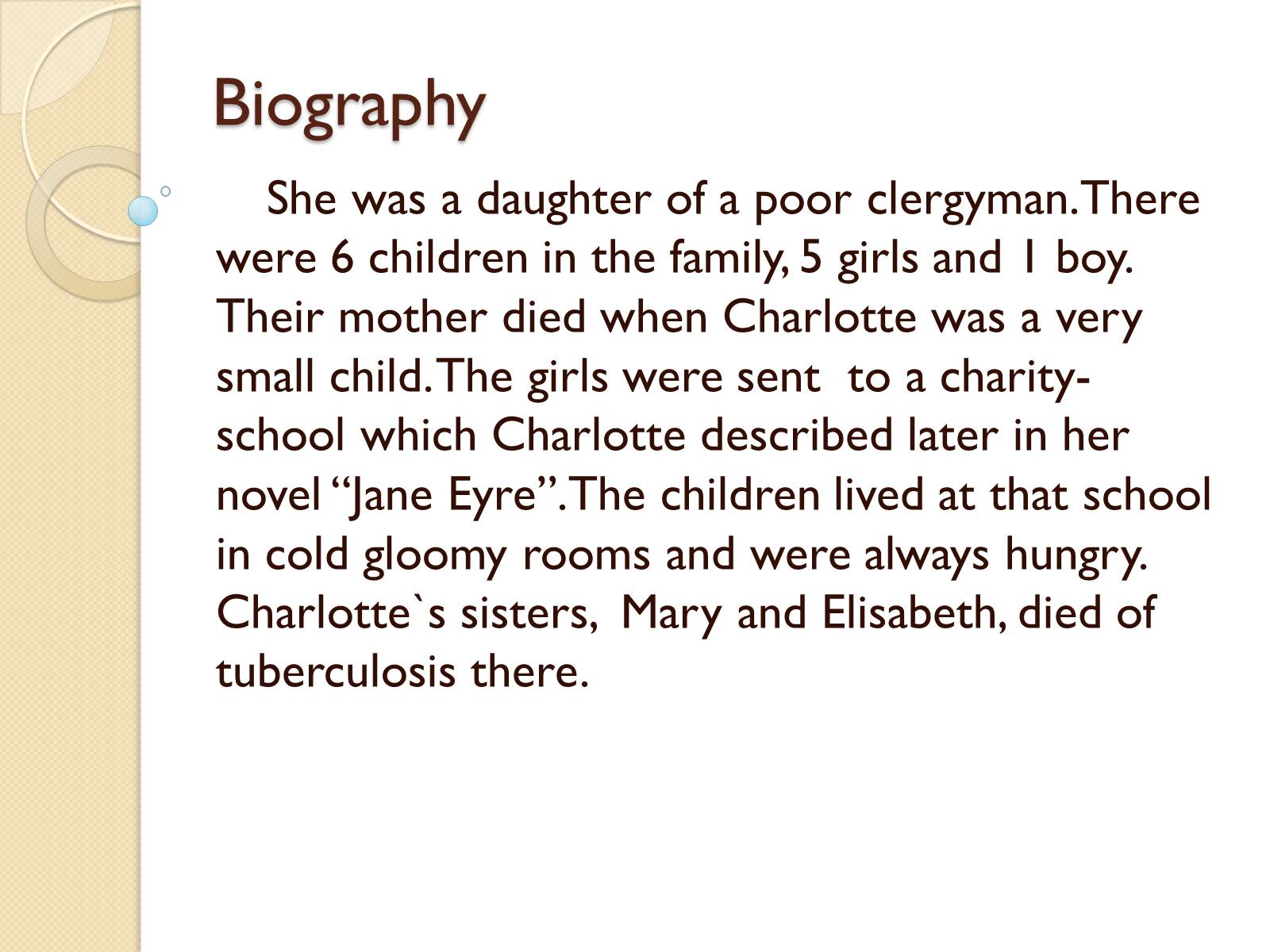 After the leaving school Charlotte became a teacher and worked for some years at a school for girls. She began to write poems at that time. In 1846 a book of poems by Charlotte and her sister ,Emily and Ann, appeared. In same years Charlotte finished her 1st novel “The Profesor”,but book had no success with the publishers and appeared only after the writer`s death. 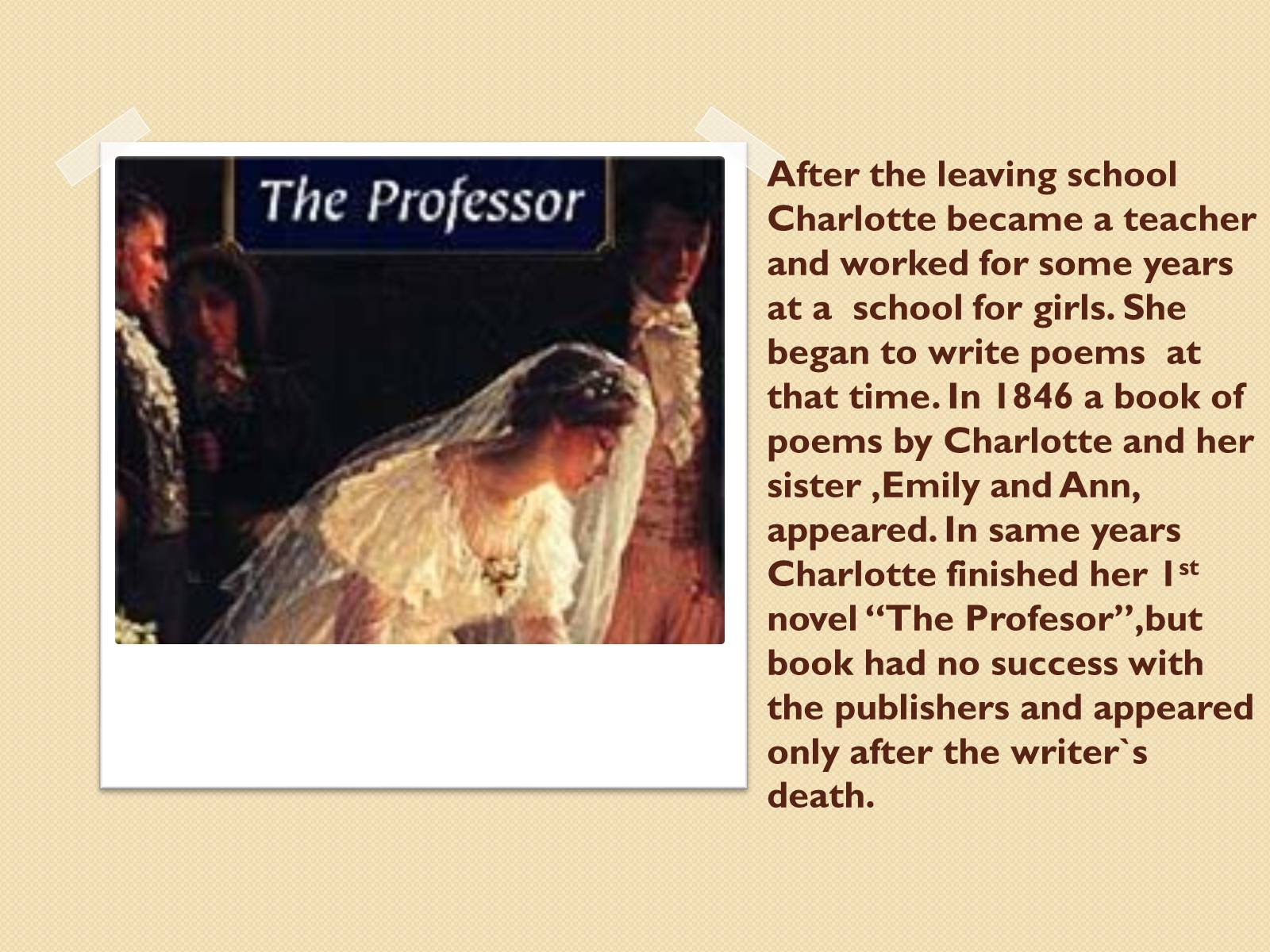 Charlotte continued to write,and the next year her 2nd novel “Jane Eyre” was published. The novel was a greate success with the readers and was soon followed by other novels. 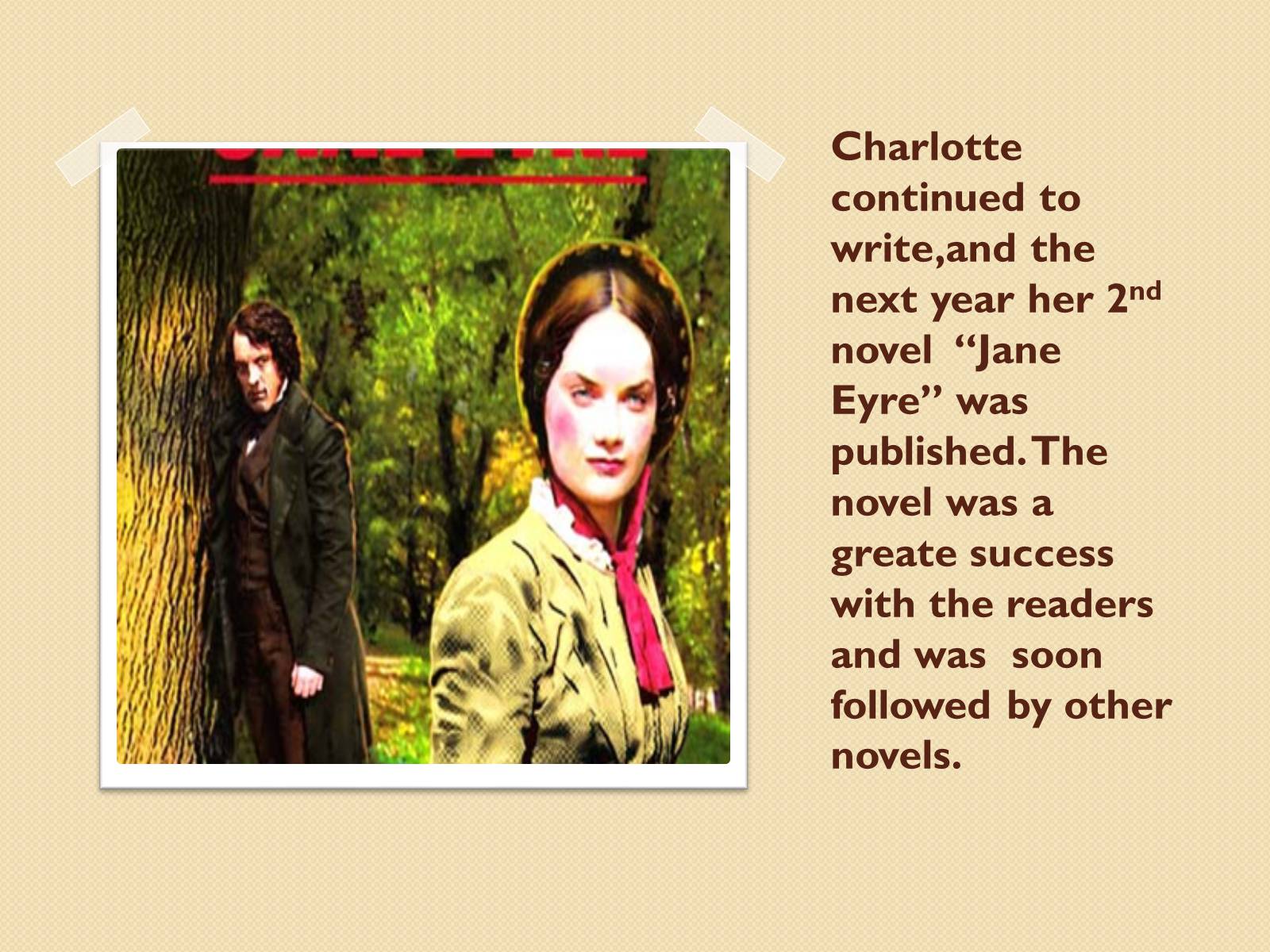 “Jane Eyre”
In her best novel “Jane Eyre” Charlotte tells the readers the story of a poor governess .The author gave much attention in her novel to the problems of education. The pictures of life at a charity-school are among the best realistic descriptions in English literature. Charlotte was considered to be 1 of the best writes of critical realism in 19 century English literature. 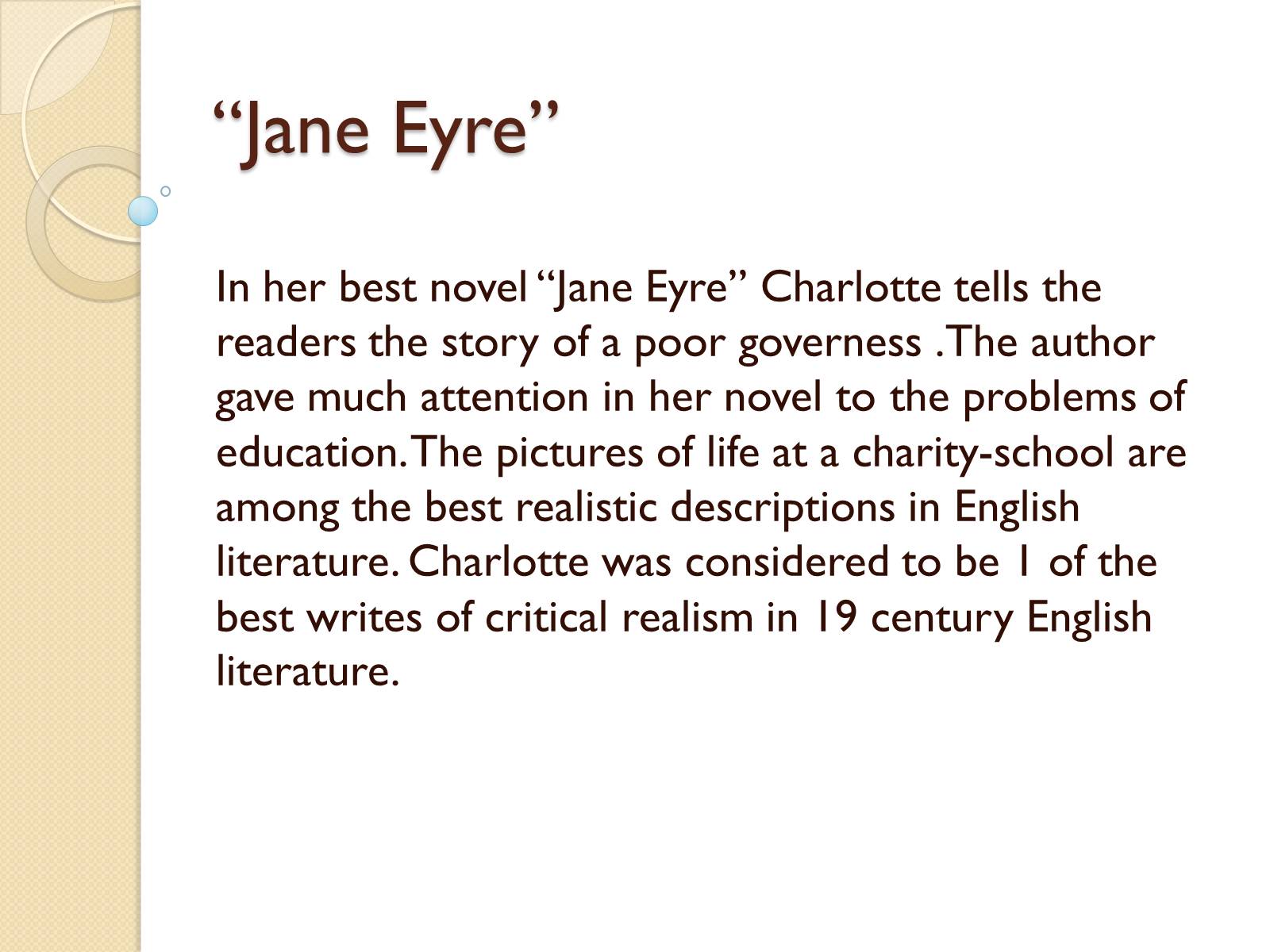