Some interesting facts about Great Britain 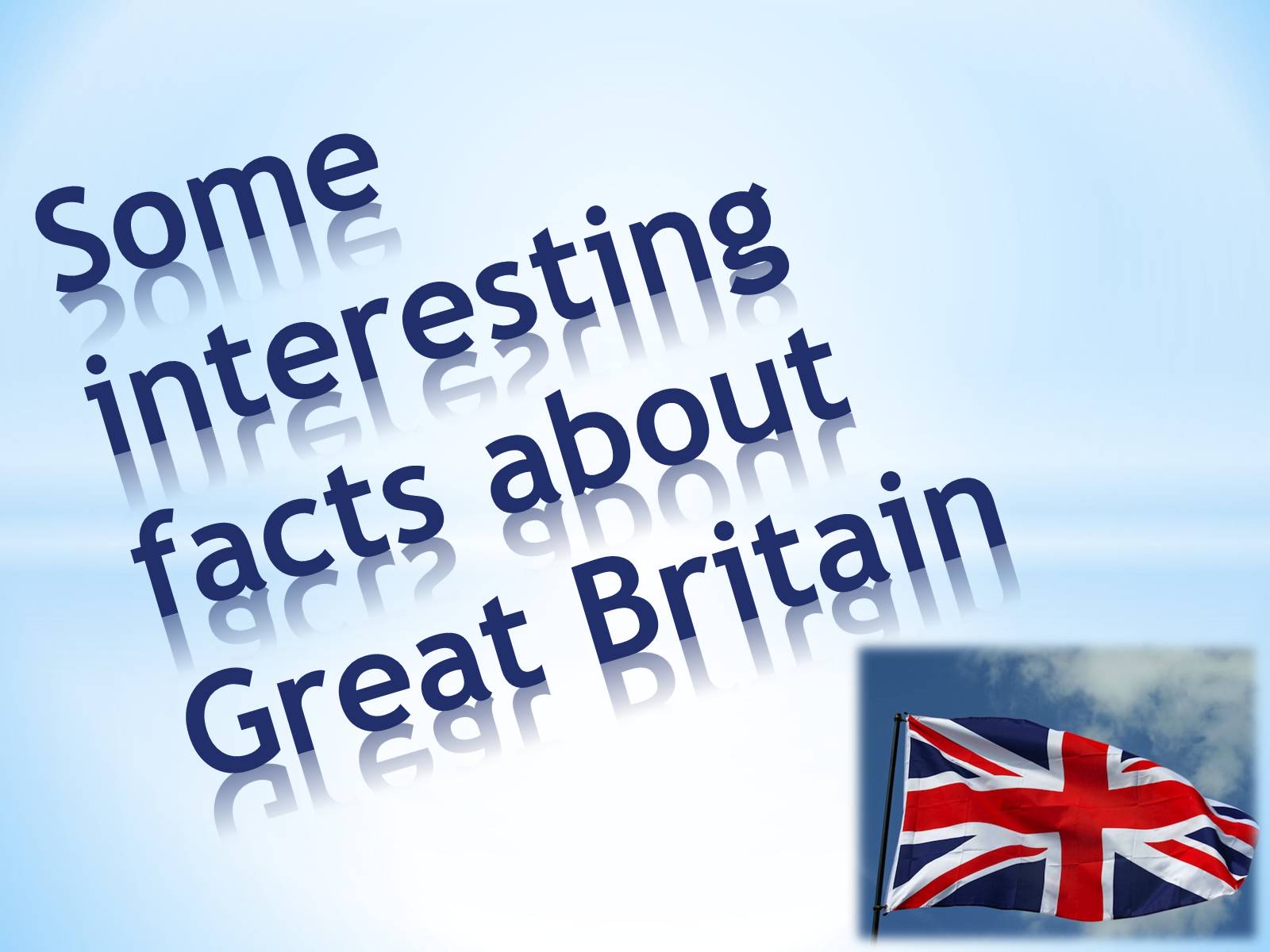 The full official name of the country - The United Kingdom of Great Britain and Northern Ireland.
England is the largest country in the United Kingdom, but the capital of the UK is London. 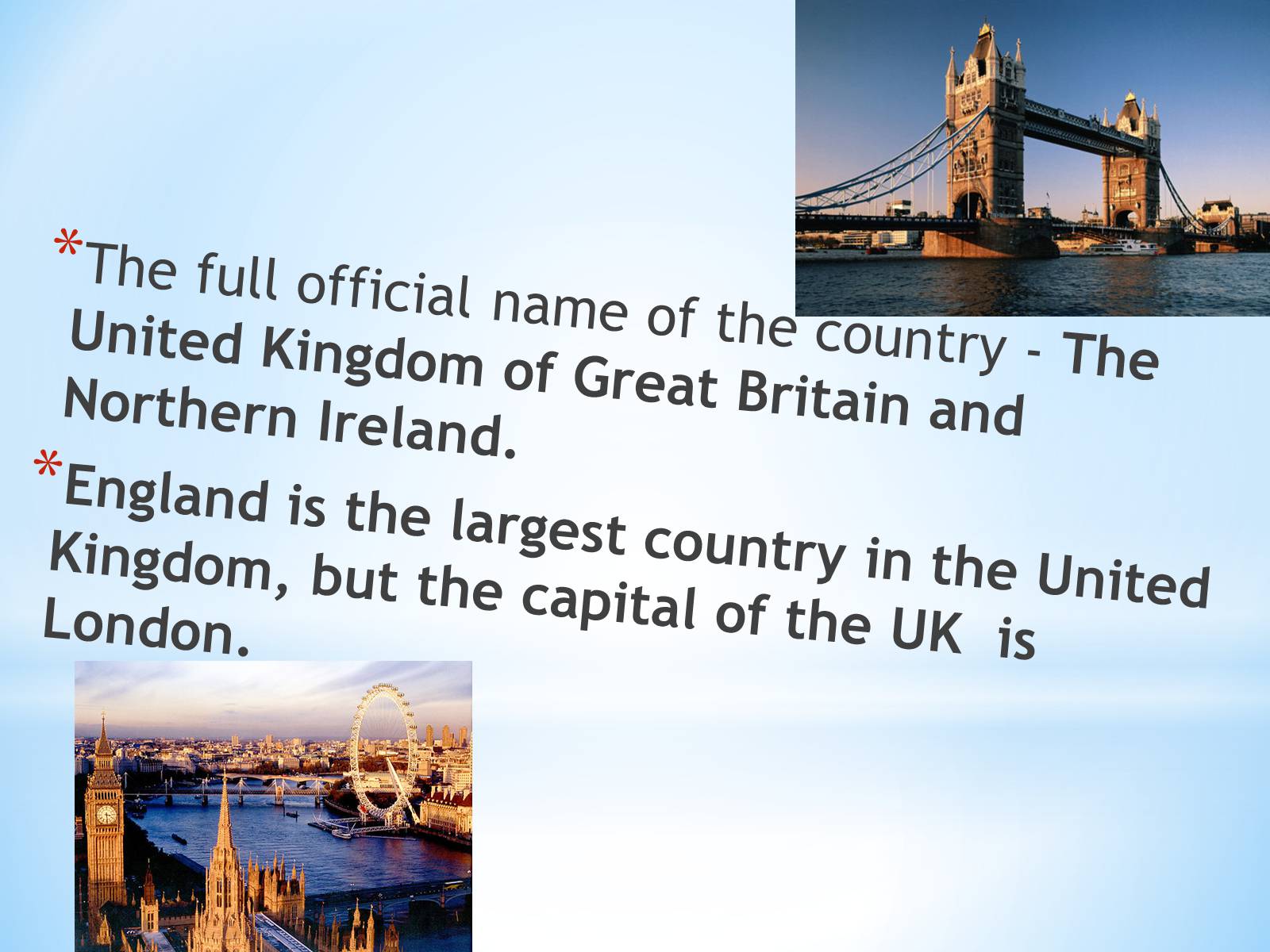 Facts about people:
The British did not wash under running water.
The English are not discuss their private life.
You can engage a stranger in conversation only two ways:
The dream of Englishmen is to become the owner of the land and estate, and engage in a garden there! 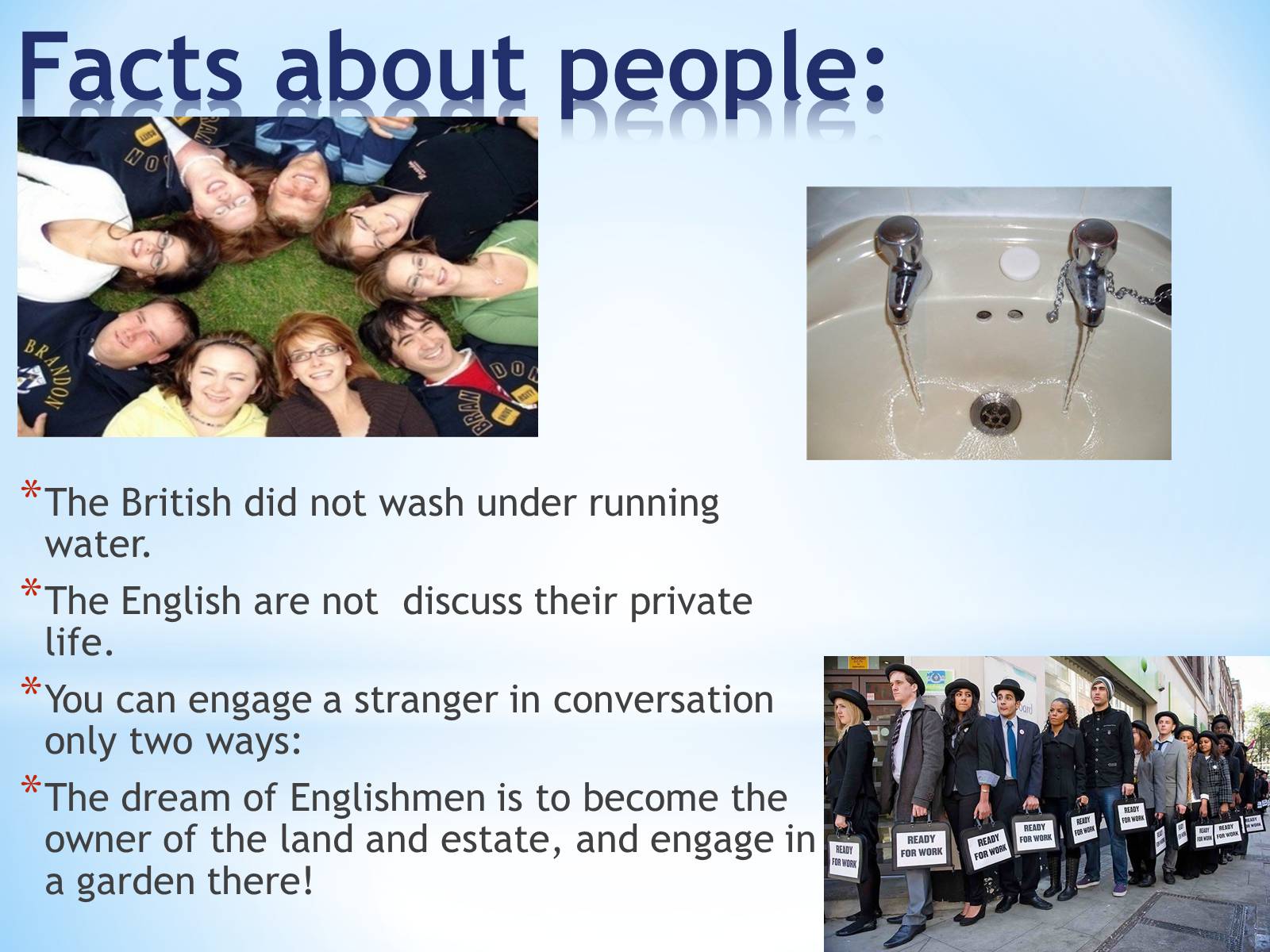 The slogan on the coat of arms of the United Kingdom was written in French: "Dieu et mon droit" («God and my right").
A distinctive feature of the British underground can be called:
Edinburgh has been home to Skye terrier Grey Friar's Bobby, who won the hearts of a nation:
In Great Britain the police are called bobby.
The world's first computer programmer was a woman.
There is a very strict law that prohibited overhanging bed from the window. 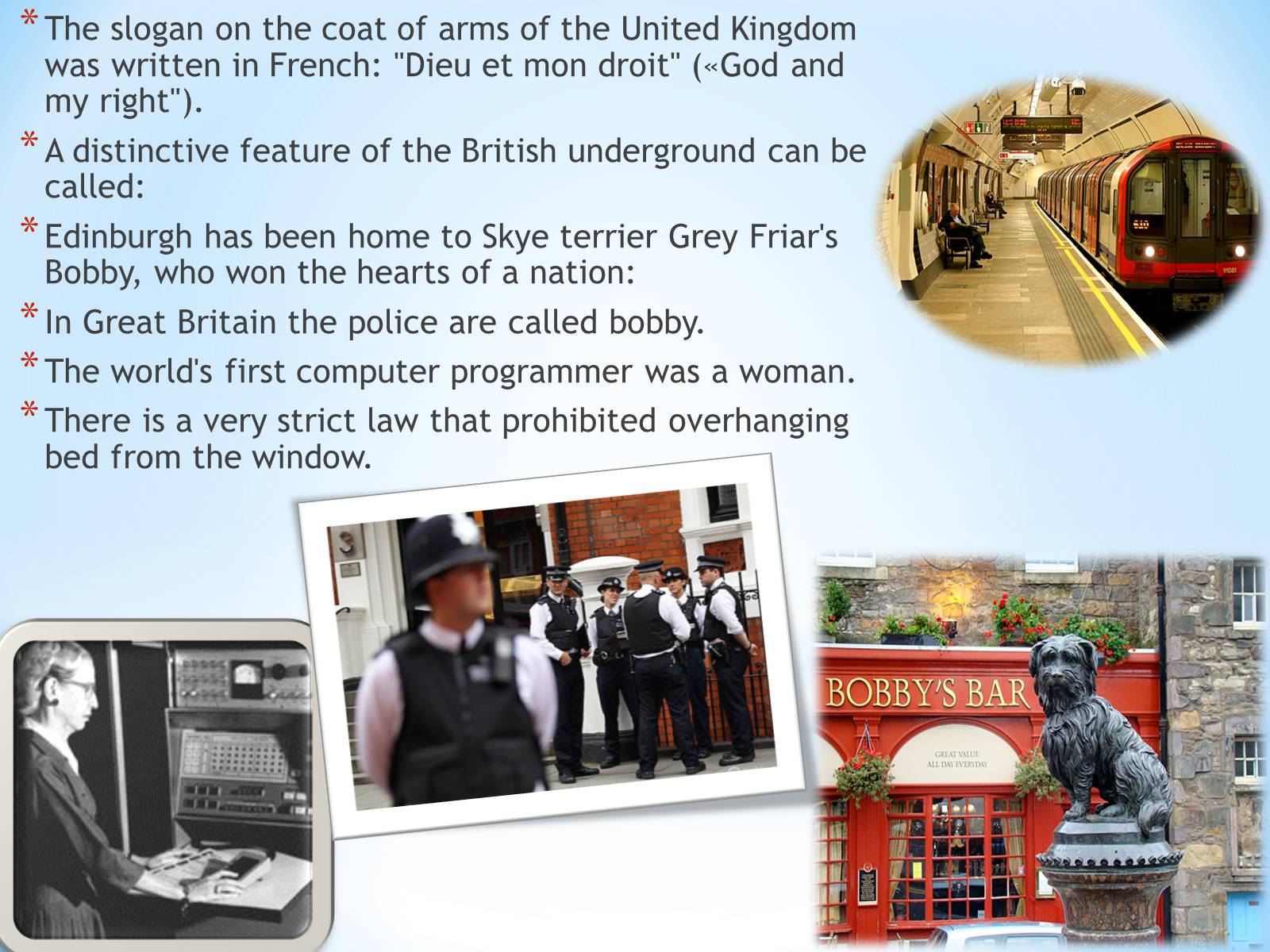 Some facts about the Queen
Official holiday "Birthday British monarch" does not coincide with the actual date of birth of the British Queen:
Buckingham Palace has 775 rooms.
Queen Elizabeth's childhood nickname - Lilibeth as her full name she could not pronounce.
Queen Elizabeth met her future husband Philip when she was 13 years old.
Queen Elizabeth II -the last crowned king of Europe. 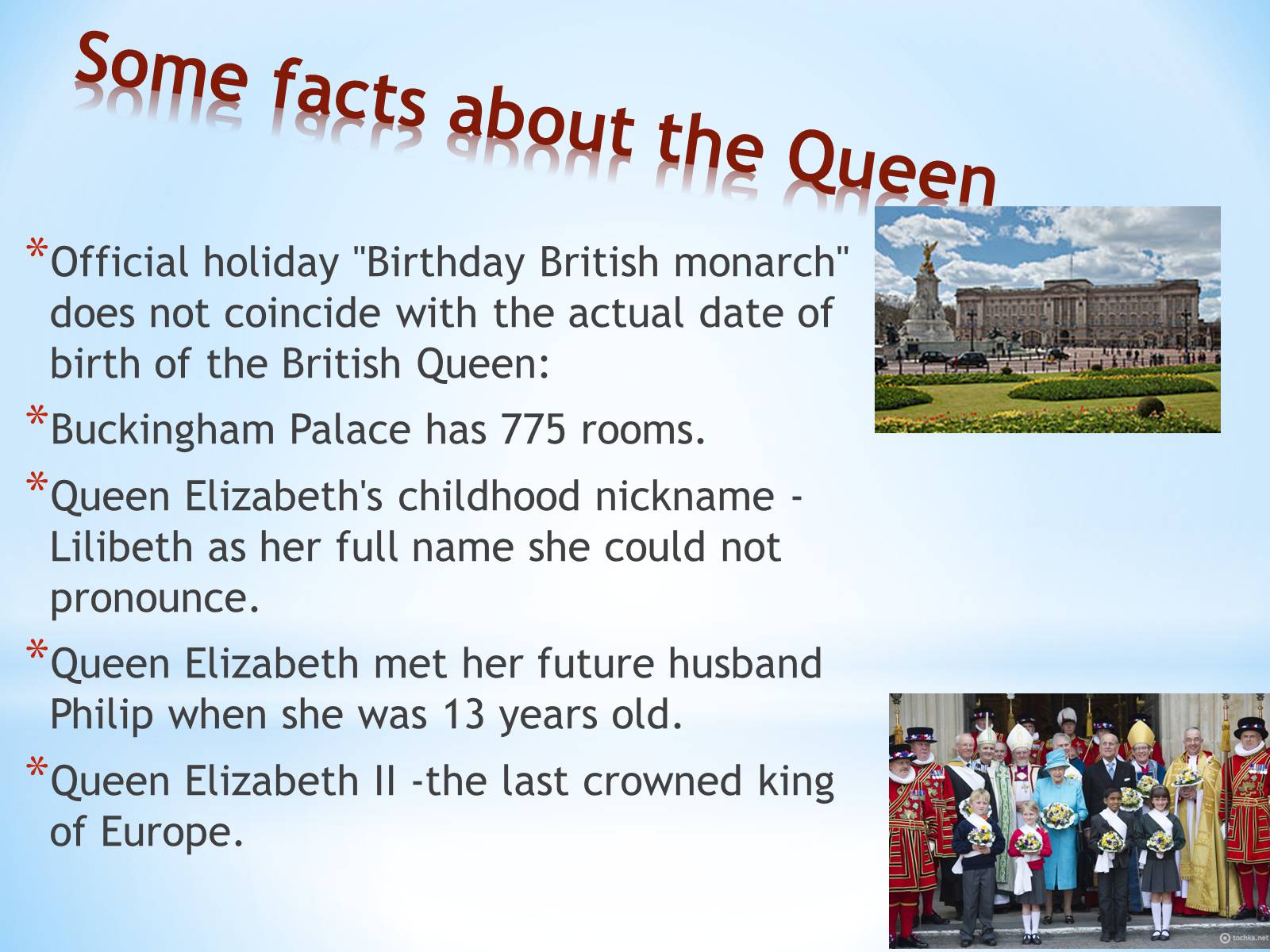