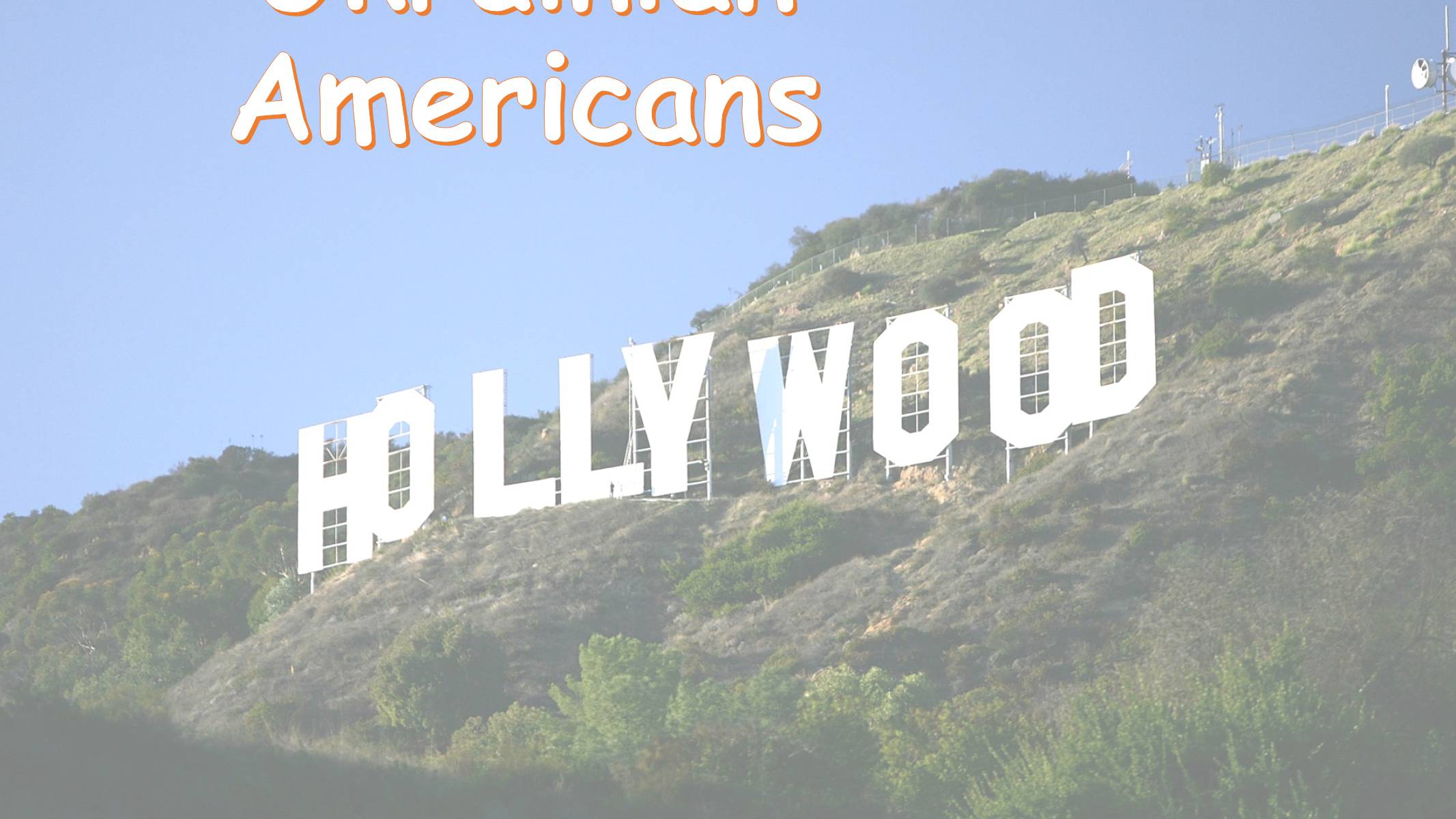 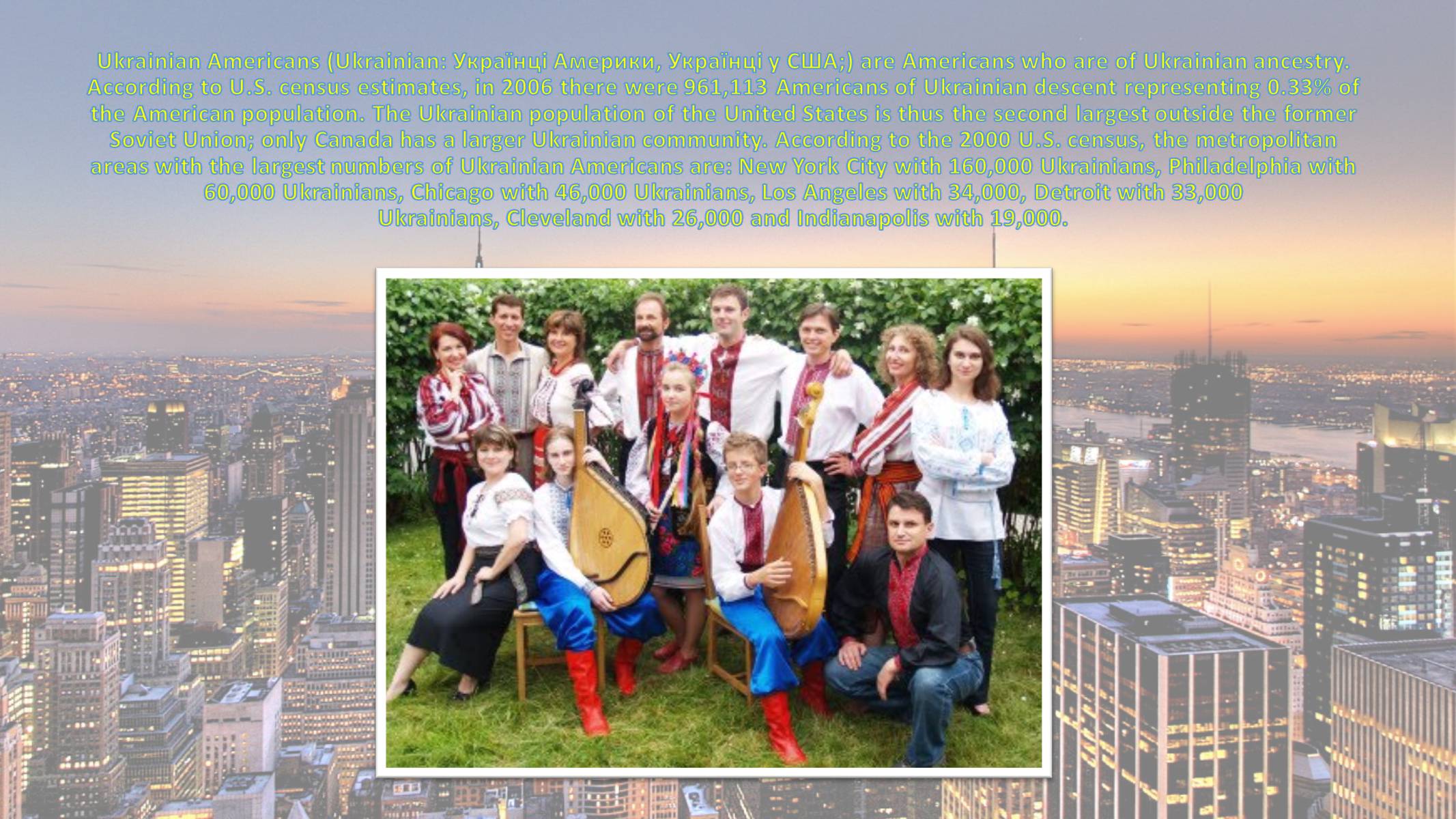 History
The first Ukrainian immigrant to America, Ivan Bohdan, sailed with John Smith to the Jamestown colony in 1608. Bohdan met captain Smith during the time when the latter had fought the Turks, was captured, and escaped captivity by fleeing through Ukraine, Romania, Hungary, and other countries. Large scale Ukrainian immigration to America did not begin, however, until the 1880s.
The largest wave of Ukrainians came in the early 1990s, after the fall of the Soviet Union. A large number those emigrating from Ukraine after the fall of the Soviet Union were Jewish and Protestant. Many Ukrainians of the newest immigration wave migrated to large cities and regional centers, creating ethnic enclaves. In addition, many Ukrainian Americans have come by way of Canada, which has a larger Ukrainian presence. 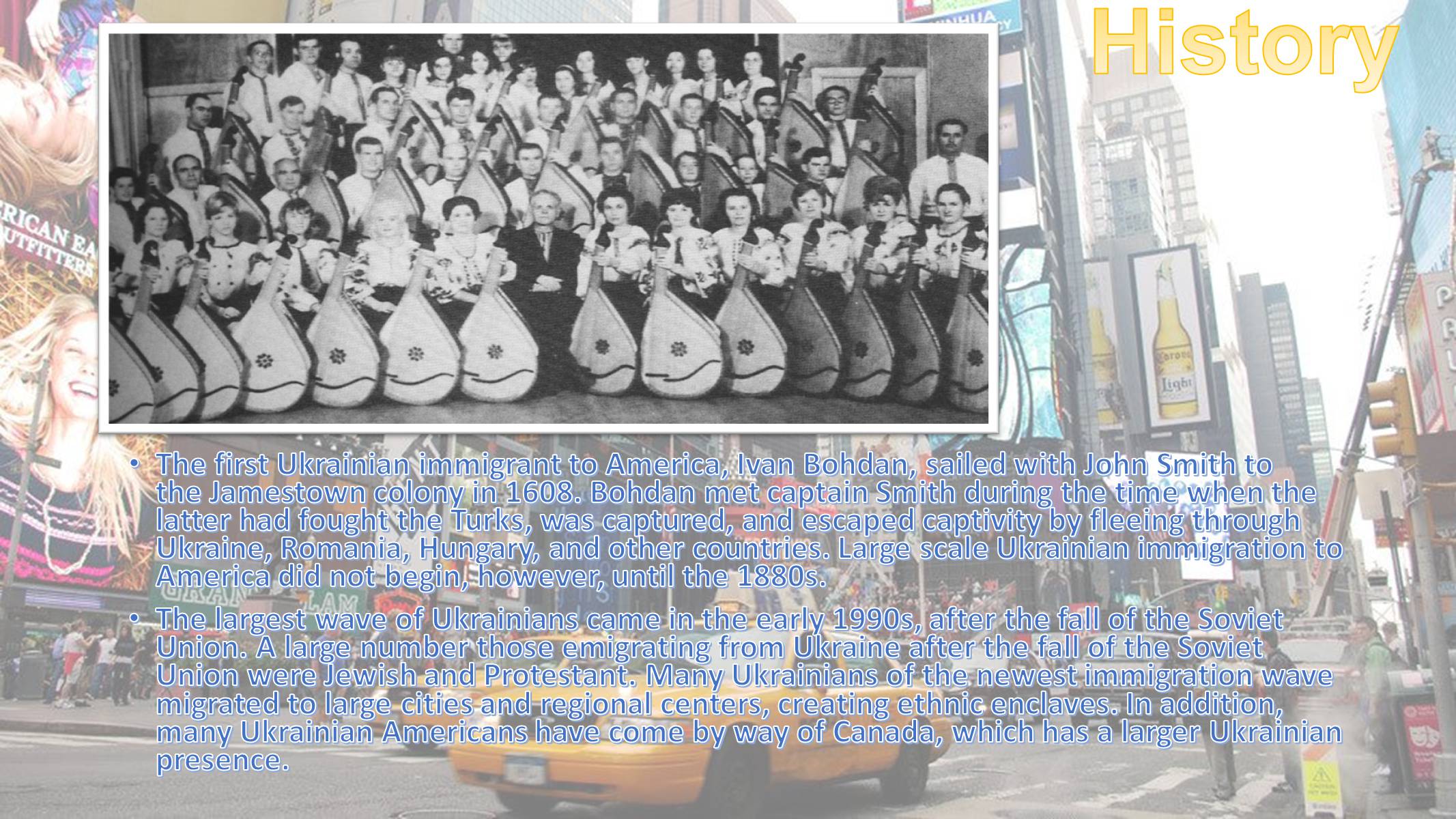 Demographics
According to the 2000 U.S. Census, there are 892,922 Americans of full or partial Ukrainian descent. The New York City Metropolitan Area contains by far the largest Ukrainian community in the United States, receiving the highest legal permanent resident Ukrainian immigrant population.
The American states with the largest Ukrainian populations are as follows:
New York
148,700
Pennsylvania
122,291
California
83,125
New Jersey
73,809
Ohio
48,908
Illinois
47,623
The total number of people born in Ukraine is more than 275,155 inhabitants. 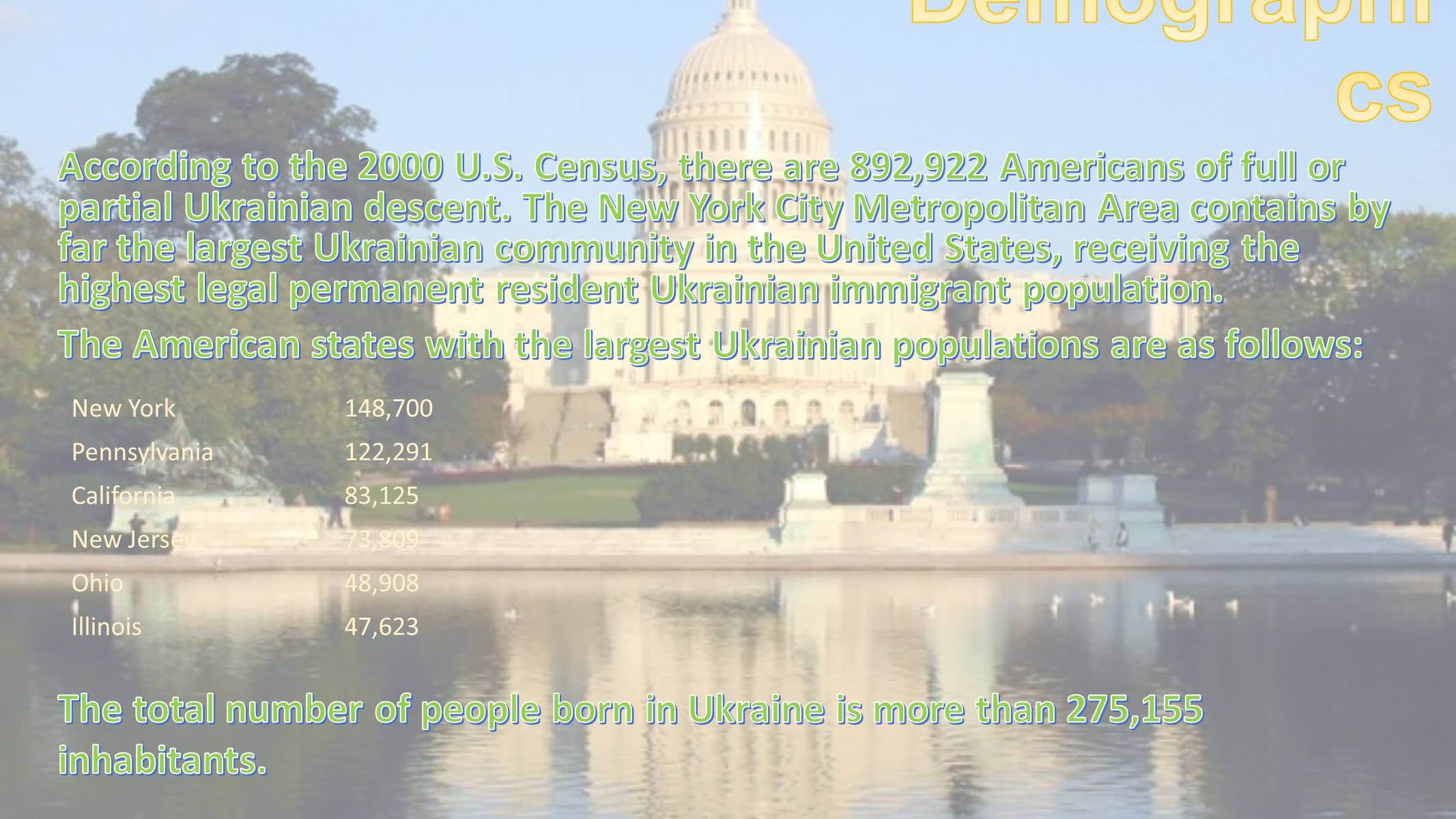 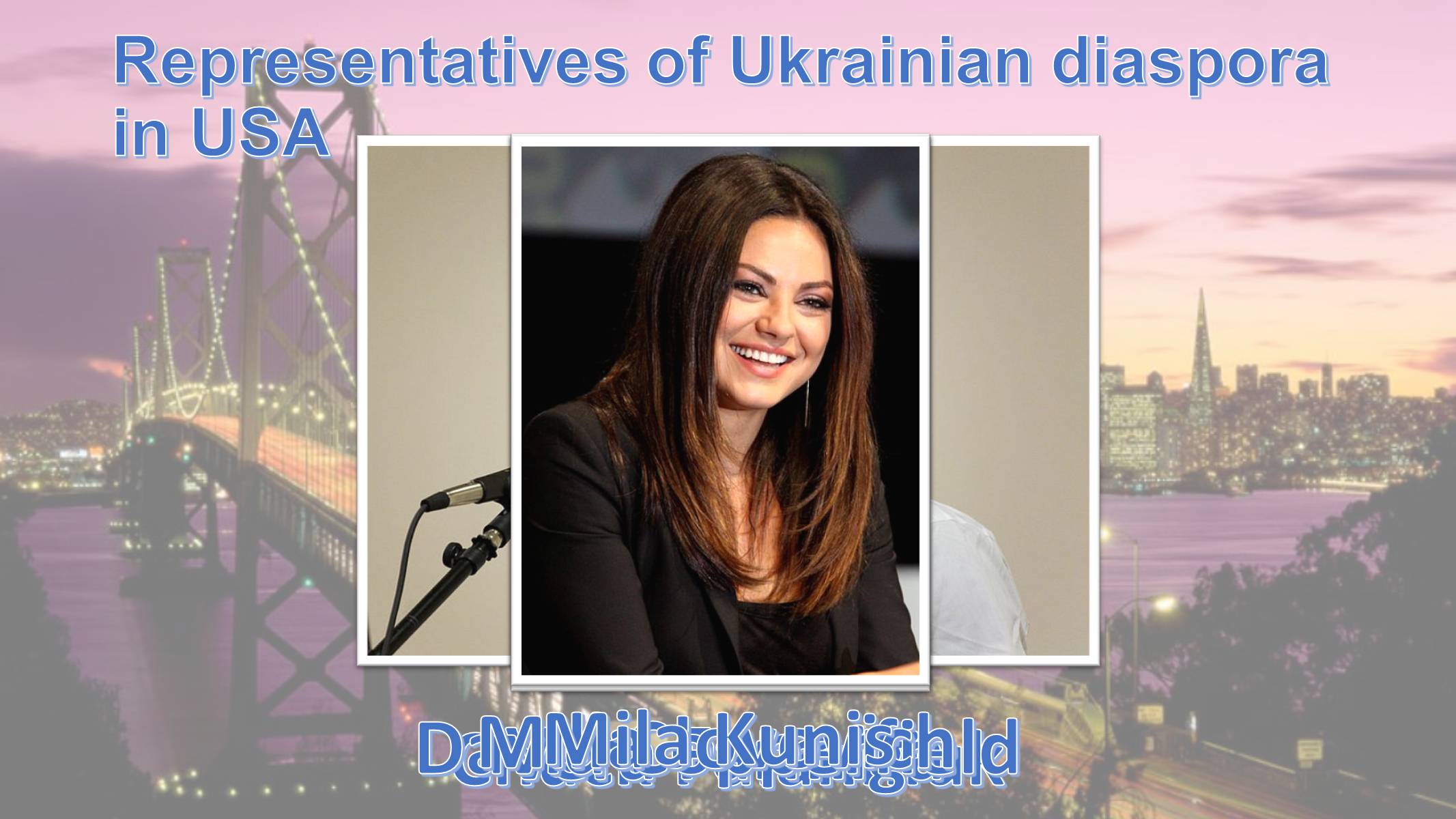