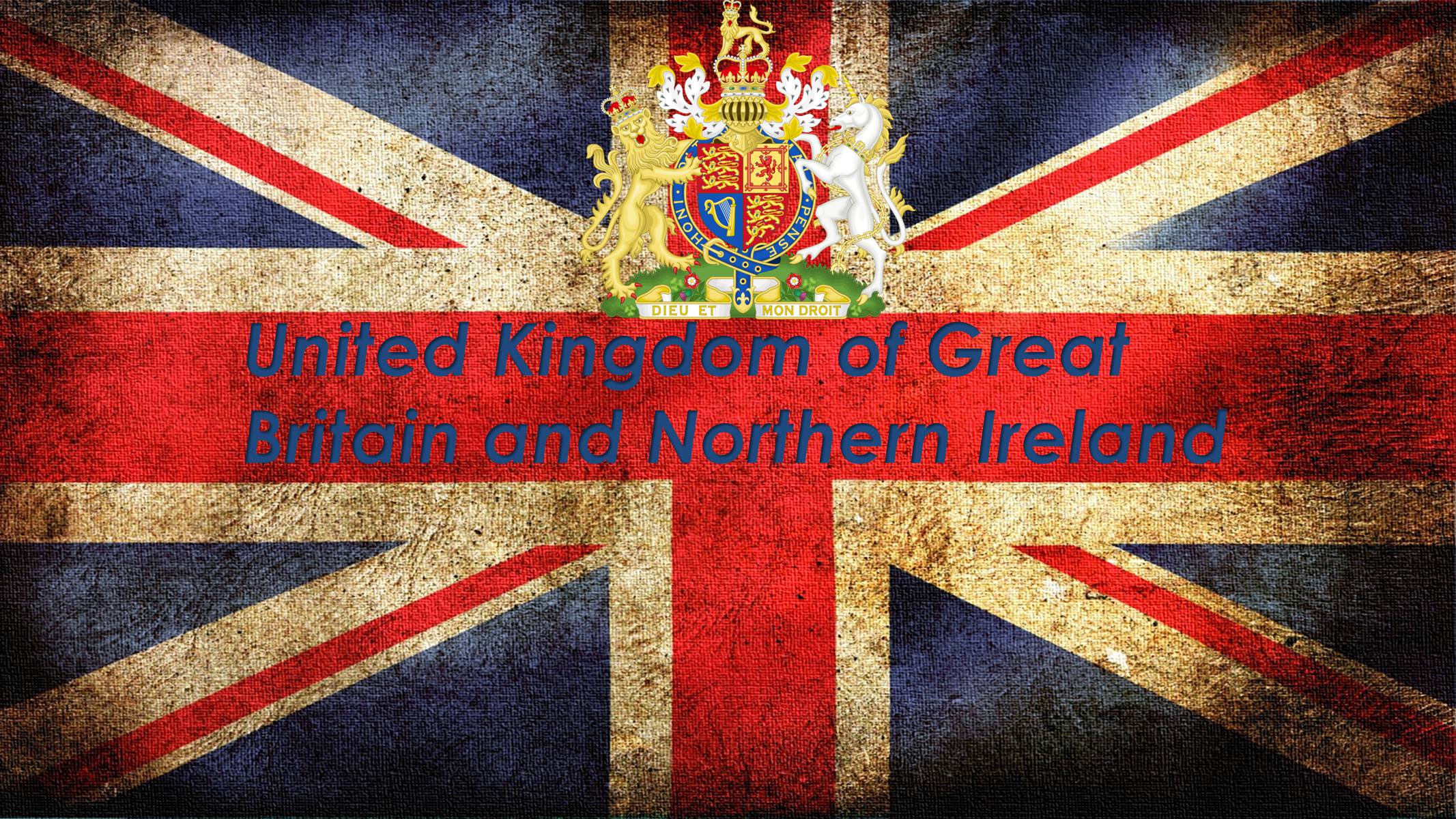 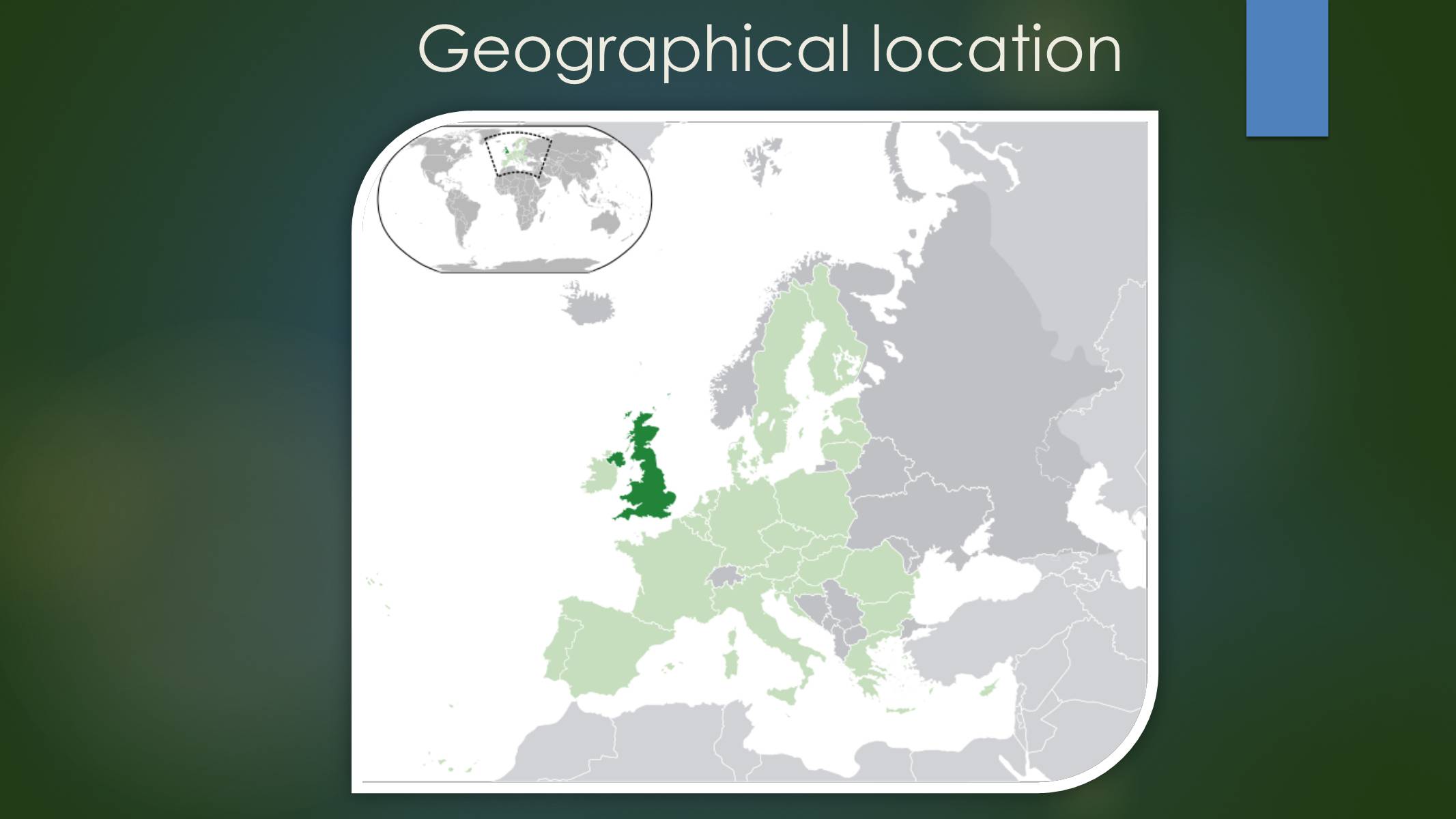 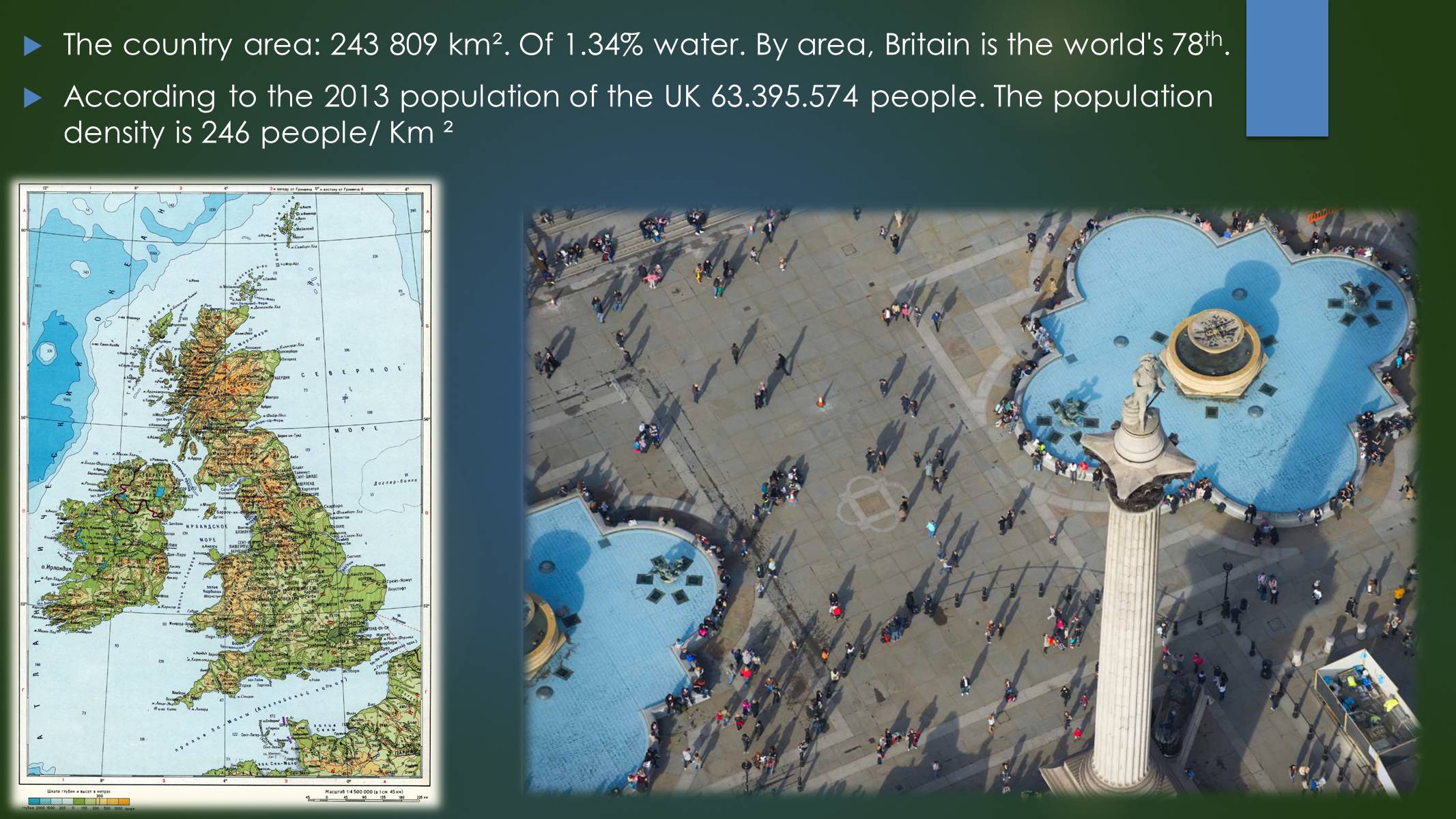 Capital - the city of London, one of the largest cities in Europe and the most important global financial center. Official language - English. 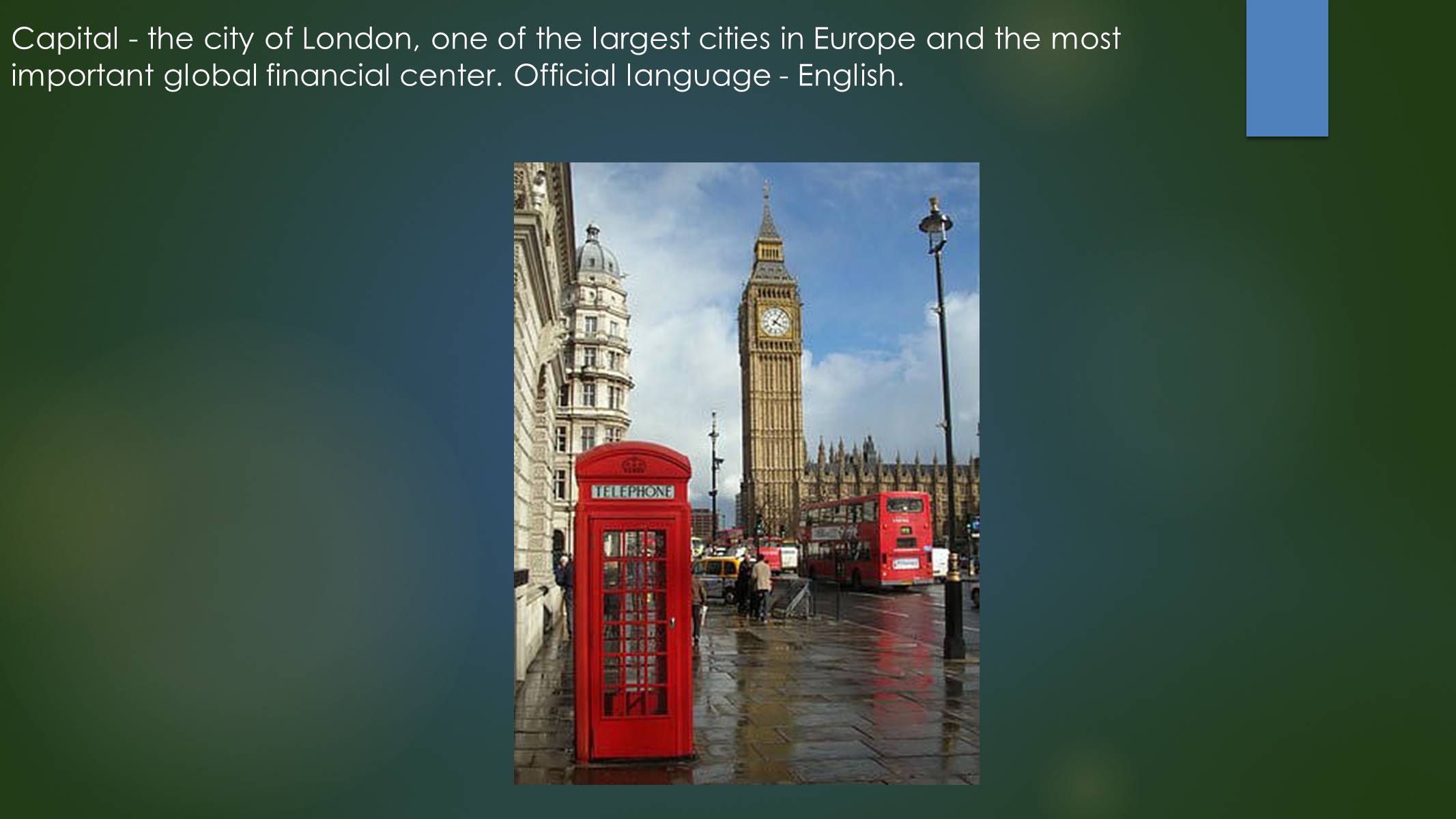 Geography of Britain
The state is located in the British Isles. Bordering the North, Irish, Celtic Sea and the Hebrides. Slightly more than half of Britain is England - most of it consists of lowlands. The length of the rivers are the Thames, Severn and the Humber. 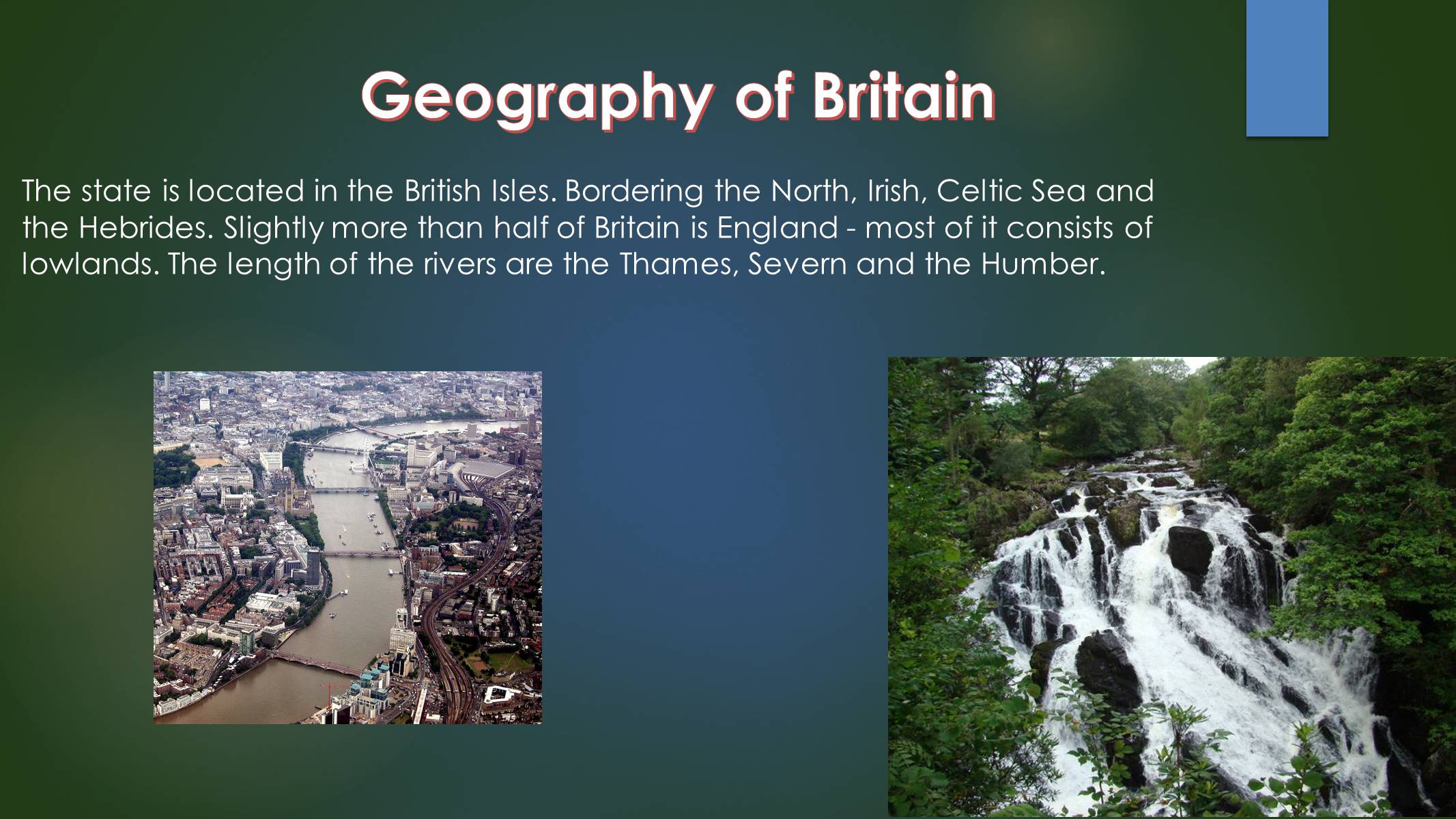 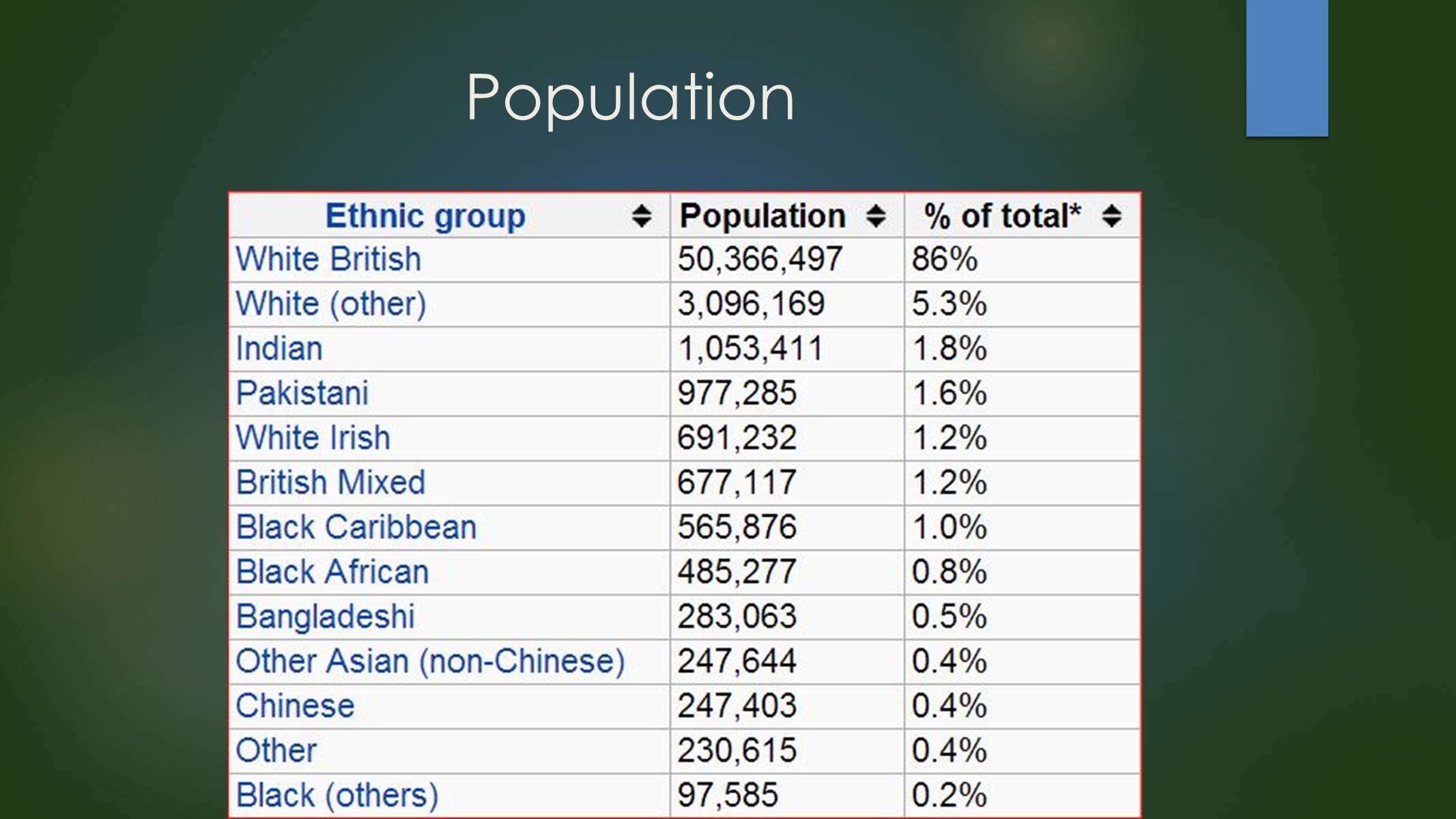 Climate
The UK has a temperate oceanic climate with more rainfall throughout the year . Temperatures vary according to the season, but rarely fall below -11 ° C or rise above 35 ° C. Major wind coming from the southwest and often bring cold and wet weather from the Atlantic Ocean, but the eastern part of the country largely protected from these winds, and because most of the rainfall in the western regions , east are the driest . Atlantic currents , warmed by the Gulf Stream , bring mild winters , sometimes in the winter and early spring are snow , although the snow is usually short-lived. 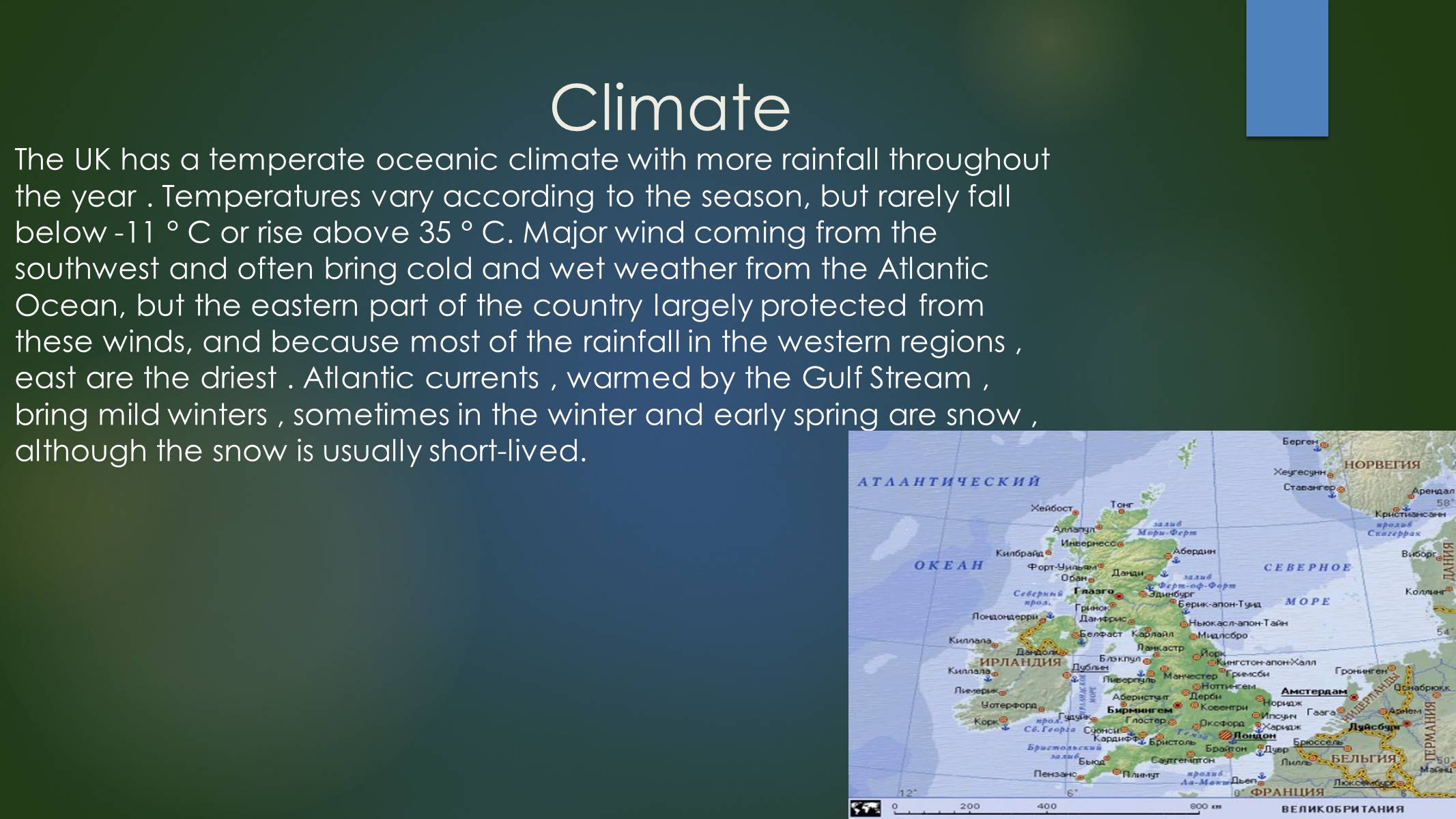 Рolity
United Kingdom - a unitary state with a parliamentary monarchy. The monarch is symbolic rather than political role and only has "the right to consultation, the right to the approval of and the right to prevent." Britain has no constitution as a single document. 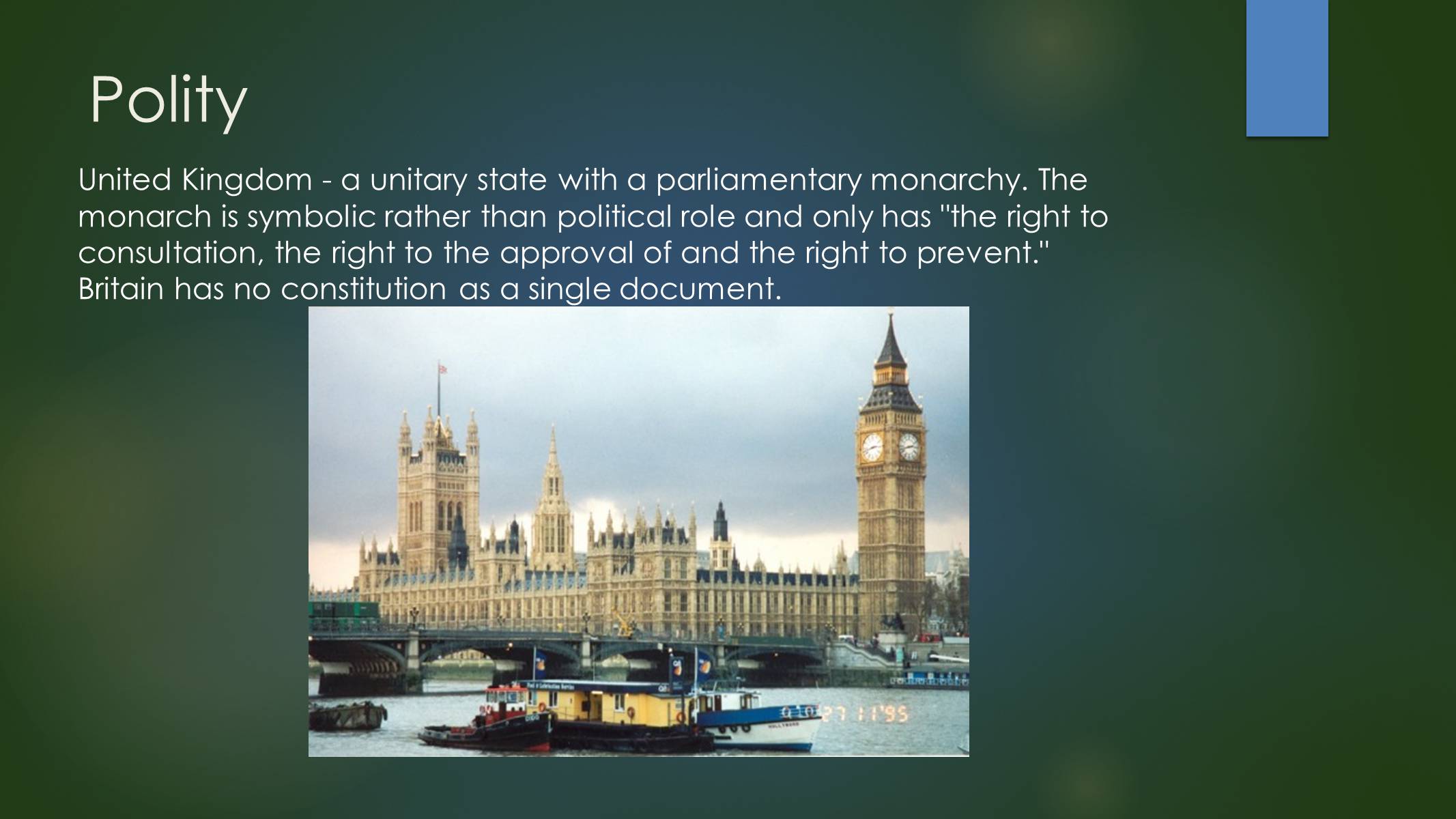 International relations
Britain is a permanent member of the UN Security Council, a member of the Commonwealth of Nations. Is a "special relationship" with the United States and a close partnership with France, "Heart's agreement", and has a total nuclear weapons program with the two countries. Other close allies include other members of the EU and NATO and the countries of the Commonwealth, as well as Japan. Global presence and influence of Britain are also being strengthened through trade relations, foreign investments, official development assistance and military forces. 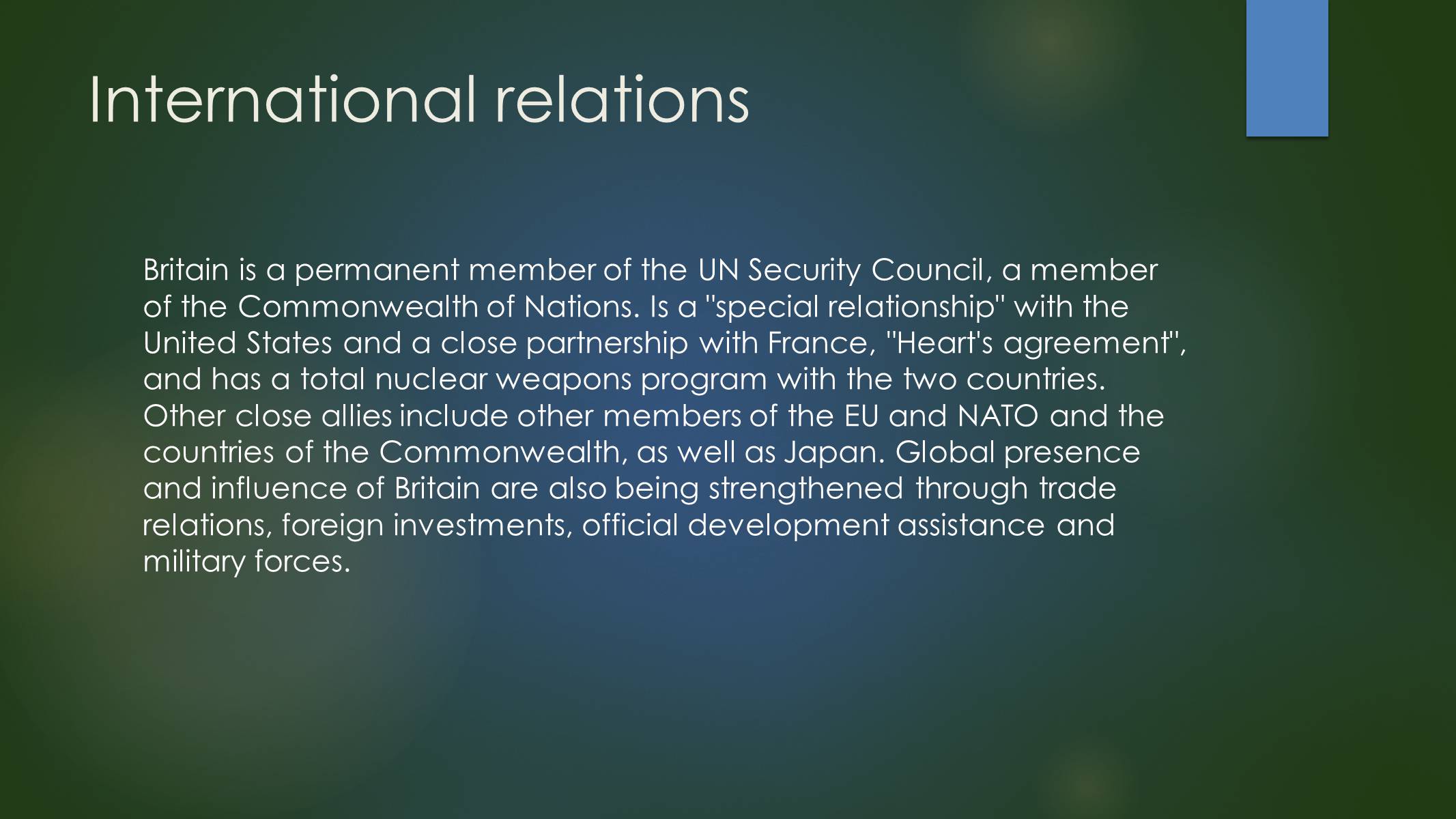